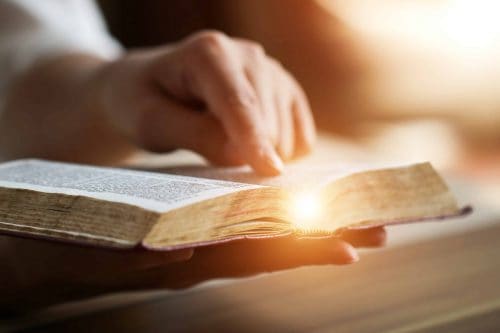 🌿Did you catch that the temple was finished in the eighth month (1 Kings 6:38) but not consecrated (or, open for business in how we would consider it these days) until the seventh month (1 Kings 8:2)?
How is this possible?
Did they miscalculate the months?

Nope, this passage is actually telling us that between the time the temple was completed and the time it was consecrated there was an eleven month gap.
The answer as to why this took place makes sense when you realize they are bringing in the ark of the covenant – if you are familiar with YHWH’s appointed times, His Holy Days that He ordained for all who follow Him in Leviticus 23.

🌿The Ark of the Covenant was to be put in the Holy of Holies in the temple and until it was there, the temple could not be used. However, if we read in Leviticus 16 we see that only the high priest could enter the holy of holies and even then only once per year – which takes place in the seventh month on the Day Of Atonement.

Now, the seventh Biblical month is an AWESOME month, one of the most emotional of the year, actually, because it contains three Biblical feasts.

•The first one is the Feast of Trumpets on the first day of the seventh month, called Yom Teruah in the Bible (Lev 23:23-25). It is a day of rejoicing, shouting, and blowing trumpets. Some celebrate it as the Biblical New Year and call it Rosh Hoshana, but the new year according to the Bible is actually around Passover (Exodus 12:2-3).

•The second “Feast” day is the Day of Atonement (Lev 23:26). This day is observed in different ways, so it is best to read the Bible and pray on how you are to observe it. Many folks fast for the day and use it as a day of reflection over the year, to ask for forgiveness from anyone you may have wronged, etc. This is the only day the High Priest can enter the Holy of Holies.

•And then we come to Sukkot! Lev 23:33-36 This is also referred to as the Feast of Booths, Feast of Tabernacles, Succoth, Sukkot, etc. For those who celebrate it, we end up referring to this as the “Most wonderful time of the year!”. It is a seven day feast that ends with a special eighth day High Holy day. Yom Teruah and Yom Kippur are also high holy days. These are what we call the days in which we are commanded not to do any regular work, apart from the weekly Sabbath.

🌿So when the text tells us that they are dedicating the temple in the seventh month, for those who know and observe the Feasts of YHWH, this should immediately make a light bulb go off. They were following instructions! I love it when people follow YHWH’s instructions to the letter! 😁 (He sure loves it, too!)

🌿1 Kings 8:66 needs to be read in different translations in order to read it accurately. Unfortunately, the ESV translation drops the ball on this and tells us that the people celebrated seven days, but other translations will tell us that they celebrated 7 days and 7 days, fourteen in all. It is believed Solomon had a special seven day festival just for dedicating the temple, that bled right into Sukkot, adding another seven days.

I’m not sure why ESV changed this but it is in the original Hebrew. However, don’t go tossing your ESV Bible because I’ve yet to come across a perfect translation and we could do a whole post showing significant errors in every one (I won’t) – oh yes, King James too (many hold that one up as literally perfect). Just know that YHWH’s Word is perfect but human translators are not. Sometimes misunderstandings happen in translation, some verses may be filtered through doctrinal desires, and more often than not it is a clear misunderstanding of Hebrew culture vs modern culture. However, He has given us a brain to think with, the Holy Spirit to guide us, and a world of translations at our fingertips to search and see what lines up. On top of that, we have the marching orders that we need to be testing Scripture, knowledgable in His foundational books, and walking in His footsteps.

🌿To read more about the Biblical Feasts, click here.

🌿So going right out of consecrating the temple we have lots of feasting and celebration – although it began with a solemn day, which is the Day of Atonement. I can only imagine the rejoicing that took place!

🌿Also, during Sukkot, all of the men of Israel are supposed to pilgrimage to Jerusalem so there were no doubt great crowds present for many joyous reasons. We see this taking place in chapter 8. In 1 Kings 8:2 we are told the men are assembling for the feast of the seventh month (Tabernacles/Feast of Booths/Sukkot, all the same thing) and we see the ark brought in for the Day of atonement which will take place five days before Tabernacles. This will be the dedication of the temple. The text is actually telling us a lot more than we realize if we just have that foundational Biblical knowledge that YHWH has always meant for us to have. Do you see it in a new light now?

In these incredibly moving prayers Solomon is not using the generic “lord” or “adonai” that most Bible translations show. Instead, he is using YHWH’s personal name. My Bible uses an all caps “LORD” and this is where it was originally YHWH. I think it is important to know that. We are reading some MAGNIFICENT prayers to the Father and it makes them even more personal, powerful, and moving to know that Solomon was using YHWH’s PERSONAL name!

🌿The entire prayer is impactful for any believer but I want to point out a few key things:

In the middle of Solomon’s impassioned plea, he naturally flows into this:

“Likewise, when a foreigner, who is not of your people Israel, comes from a far country for your name’s sake, (for they all hear of your great name and your mighty hand, and of our outstretched arm), when he comes and prays toward this house, hear in heaven your dwelling place and do according to all for which the foreigner calls to you, in order that all the peoples of the earth may know your name and fear you, as do your people Israel, and that they may know that this house that I have built is called by your name” 1 Kings 8:41-43

WOW folks, do you see that? That is Solomon praying for all those who are not genetically Israel, He is going to YHWH and praying for His people first (just as Messiah did) and then, the gentiles. Y’all, this is Solomon praying for US. I want to encourage you to read that entire prayer again and realize, it is being prayed over us. Of course, we can see that this is part of YHWH’s plan and has been for the beginning of time. But to see Solomon praying a prayer and including us in that, in His time, is truly inspiring.

🌿There is another important sentence that I want to point out because we see Solomon making this statement in this prayer and it is a statement I hear a lot from Believers today:

I encourage you to read that entire passage of course but the key part I want to focus on is Solomon’s admission that no one is free from sin. In our day and time, many would just say “SEE! I told ya! We’re good!” And close the book and go on about their day. You see, we use this “no one is free from sin” as an excuse not to even try to be, it is our get out of jail free card. But is this how Solomon treats it? Is this how the priests of the temple treated it? Is this how YHWH tells us to treat it? Is this how Messiah treated it? Let’s keep reading.

As soon as Solomon is done with this prayer made to the Father before all of Israel, he turns and addresses Israel. Let’s see what he says to them:

54 When Solomon had finished all these prayers and supplications to the Lord, he rose from before the altar of the Lord, where he had been kneeling with his hands spread out toward heaven. 55 He stood and blessed the whole assembly of Israel in a loud voice, saying:

56 “Praise be to the Lord, who has given rest to his people Israel just as he promised. Not one word has failed of all the good promises he gave through his servant Moses. 57 May the Lord our God be with us as he was with our ancestors; may he never leave us nor forsake us. 58 May he turn our hearts to him, to walk in obedience to him and keep the commands, decrees and laws he gave our ancestors. 59 And may these words of mine, which I have prayed before the Lord, be near to the Lord our God day and night, that he may uphold the cause of his servant and the cause of his people Israel according to each day’s need, 60 so that all the peoples of the earth may know that the Lord is God and that there is no other. 61 And may your hearts be fully committed to the Lord our God, to live by his decrees and obey his commands, as at this time.” 1 Kings 8:54-61

Moments after Solomon makes his admission to YHWH that no man is without sin, he turns to all of Israel, including the gentiles among them, and directs them to walk in His ways, keep His commandments, His statutes, and His rules, then he urges us to be wholehearted for the Father and once again, repeats walking in His statutes and keeping His commandments.

People say that to try to obey the commandments is to make null the sacrifice of Messiah. Reading scripture, we can see how deeply twisted that is from the actual word but that is what we can expect from the world’s view of YHWH. Keep in mind, the world is going to try to lead you away, not closer to the father and we simply must test everything against the word. In this case, it tests false.

And somedays that may feel harder than others but you know what? We do the hard things for Him because He is worthy. We do the hard stuff for Him, he has done so much more for us.

YHWH Appears to Solomon and presents him with some very important “If/then” statements. These are important for us to read through and contemplate.
If you -> then I. God always honors his end of the covenant but a lot rests on whether or not we uphold ours.

Check out these two if/then statements in our reading today. Note that an if/then statement may not always have the “if” and “then” clearly stated but the meaning is there. Two that I found are below, do you see any others?

There is an awful lot of if/then in YHWH’s Word, but most prefer to overlook it, focusing on His promise and disavowing any responsibility, duty, or requirements on our part. Like a child playing hide and seek who simply closes their eyes and decides they are invisible simply because they can’t see.

We have this promise to hold to: Our God is a covenant keeper to those who seek to be in covenant with Him. 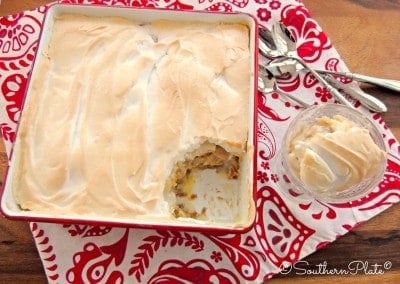