I had a big week last week. Getting ready for my QVC appearance, I called my hairdresser and told him I needed to try to come in to see him. It had been twice the amount of time in between visits and I haven’t gone on national TV without a visit to Daniel Alexander in over four years.

Daniel does my hair for magazines, photo shoots, tv, etc. He is the one who chooses my hairstyle, length, etc. I gladly handed that over to him after my first tv appearance (in which I wouldn’t let him advise me on my hair) and told him to never let me choose my own hairstyle again.

So what does Daniel do? He said “There isn’t any reason for you to come here because I’m going to come to you.”

I’m so blessed to have such an abundance of wonderful people in my life! 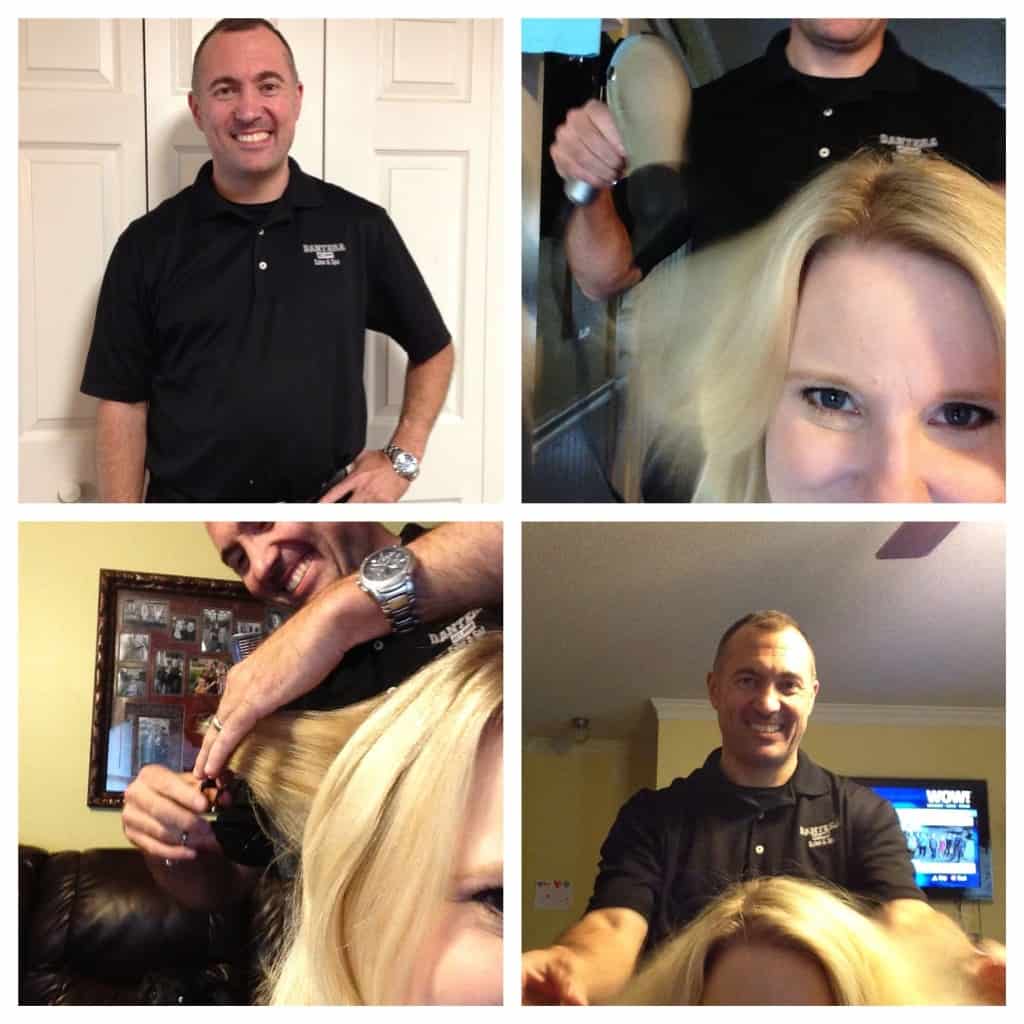 SOOOO here is my big news.

My doctors appointment is scheduled for tomorrow, sept 4th.

I’ve just had this feeling. Call it a knowing, call it an assurance, call it a result of a five week long conversation with God, but I decided that I needed to go into that doctor’s office early because I just knew in my heart God had knitted my bones together far beyond what the doctor’s had initially expected.

I called and made the appointment for last Friday and told my Mama that I felt like we were going to get a surprise.

She tried to brace me for possible disappointment 🙂

We went in and again everyone in that office was just as nice as they could be. I had a full set of x-rays on both legs and as I wheeled past the doctor on the way to the exam room he smiled and said “You about ready to walk? I’m making any promises but we’ll see what we got!”.

As we went into the room Mama remarked on how nice he was and how a lot of doctors would have just ignored us as we passed by. Sadly, that is so very true. But I’m used to Huntsville (the bigger city near me) and that is why I like to go to Athens, the smaller city on the outskirts.

When he came in, he had already looked at my X-rays and sat down with a smile. “Well, you are now five weeks out from this….the bones have healed up really well.”

He had told me in my last appointment that at this one he might start letting me put some weight on my left leg but it would be a few more weeks on the right.

He said I could start with a walker and move my way up to a cane and gave me a prescription for both (insurance is supposed to cover it that way, but it doesn’t, long story).

I have another appointment to go see him in four weeks and he said I would probably just walk on into his office at that time. He was impressed with my ability to fully move all of my joints and said I don’t need physical therapy :). I told him “Well, you told me I could exercise so I did!”

Mama and I stopped and got my walker on the way home – one without wheels. I have no desire to use a wheeled walker. I have never been one to possess grace when it comes to carriage and would like the best odds possible – which for me, does not include putting wheels on anything designed to keep me upright.

Later that night, Ricky and I went and got a quad cane for me. Health insurance doesn’t want to cover either one so we gave up on the cane and are going to fight for the walker. According to “medicare” standards (which is what health insurance goes by) you go from a walker to a wheelchair, not a wheelchair to a walker. Way to encourage folks to get better! (mercy!)

They also wanted me to turn in my wheelchair before getting a walker. Lawd people. I’m good but I’m not that good. This isn’t the time for me to stand up and dance a jig for ya.

So here I am, taking my first steps!

I practiced all weekend long but it’s going to be quite the journey. I can only do a few steps at a time. I can walk to the bathroom and walk into the kitchen but I can’t stand long and the trips have to be pretty short, then I rest.

My motto right now is “Walk a little, rest a lot”. I am mostly wheelchairing it right now because my legs are very weak and I’m not used to this new type of pain. I will get used to it soon enough, though.

I’m not going beyond what my doctor said I could do but like I told my husband “I won’t go past my boundaries, but I’ll go right up to the fence!”.

It will be  a while before I am able to go beyond the walker or get by an entire day walking on my own (without needing a wheelchair) and just this morning I was trying to imagine a day when I could just walk to my car, drive to the grocery store, and go inside and be able to walk around the whole store. I honestly can’t imagine that now but I know it will happen eventually. I can’t imagine even being able to walk for more than a minute or two at a time.

So now my journey has turned down a new road. It’s still just as much a journey but with a new set of challenges and a new set of pains to get used to (and I will!).

And as I head forward down this new leg though, I can look back and see the previous one, not marred by darkness or complaint, but lighted by joy.

And I’ve been thinking, wondering how I managed to be joyful during the majority of this. Of course I know it is God, all God, all the time, and the only time I feel my joy wavering is when I take my eyes off of Him and His capabilities and put them back onto me and my capabilities. But it is more than that as well.

Some people would read this and say that my faith is what has and continues to sustain me. I know what you mean, but to me, faith isn’t the right word. Faith is the belief in things unseen. Sure, I started out in faith, but I’ve seen God in this.

I’ve seen Him as I read every single comment left by people when they say they are praying for me.

I’ve seen Him in the kind eyes of people who gave me a word of encouragement or a smile as they opened the door and helped my family get into a building.

I’ve seen Him in the meals that were made for us and the moms who stepped up and offered to bring my kids home from school.

I’ve seen Him in the words written on cards that have been mailed as people poured love and blessings onto me.

I’ve seen Him in nurses who understood how precious that fraction of dignity is and went out of their way to preserve it.

I’ve seen his work in x-rays where my bones were healing and formed calluses to protect the wounds.

I’ve seen him each morning when I wake up and get to hug my kids and look into their eyes.

I’ve seen him in the middle of the night when I wake up, while all the house is sleeping, and look out the window to the moonbeams shining in on me.

I’ve seen God every day, all day long, over and over again.

So this isn’t about faith for me.

Faith is the belief in things unseen.

And I’ve seen God in every precious moment.

The LORD your God is with you,
he is mighty to save.
He will take great delight in you,
he will quiet you with his love,
he will rejoice over you with singing.”

To find out what happened, you can read the beginning of this series by clicking here.

Oh Christy, I’m so happy for you! 🙂 ~ doing my happy dance~ God is such a good God! I don’t know how people who do not believe get by without him. I for one never want to try!

Oh my! Now I’ve got tears in my sweet tea! Watching that video and reading your testimony was just what I needed today! And you are so right about The Lord and faith. When our faith becomes actions in deeds we see evidence of Him time and time again. He becomes so real to us. In the big things and often even more important the small things. My saying is this, “God is in the details!”.

Wow, you look great! I know you have had a long road and you aren’t done yet, but you have made such amazing progress…yayyyyyyyyyyy!

You are an inspiration to us all~~~

Christy: I am so glad you are doing better. Great report from the doctor!
With your faith and determination you will be better soon! Thanks for
showing the rest of us what it takes…
Lots of Love! Susan

So happy to hear you are progressing so well. You are a real inspiration!! I hope you continue to do well and are back on your feet very soon. I have never understood insurance companies and their logic. Sometimes it does help to have the doctor write a letter to them explaining the medical necessity (like it isn’t obvious). Good luck with that.