Home » This and That » Sauces/Other » Oh My Bacon Grease! 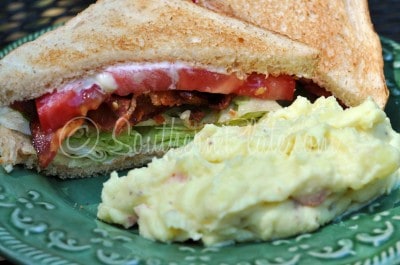 I love it when my in-laws come to visit. My kids get to spend time with their grandparents, my husband gets to spend time with his parents, we all get to hang out and catch up, and I get more people to cook for. Of course, its that last part that I like the most. Having only a family of four (with two being pretty small), I don’t often get to cook the kind of big meals I grew up with so whenever Rick and Linda Jordan plan a trip over, I get busy meal planning!

This past weekend they came to spend the fourth with us so you can bet I had me a big old time in the kitchen. The wheels came to a screeching halt though, the morning I went to make french toast for breakfast. I decided some scrambled eggs would be good, too, so I cracked all of my eggs and had them good and beaten up, the skillet all warmed and ready, and went to reach for my bacon grease jar. It wasn’t there. I looked around a bit, because I am not prone to putting things back in the same place anyway, and I figured I’d moved it around and set it down somewhere else last time I used it. Still no bacon grease jar.

Now I knew full well I had a good supply of that liquid gold because the week before I had cooked over five pounds of bacon – just to have bacon grease to season all of the wonderful summer vegetables which were about to start pouring in from my garden. Five pounds of bacon, scraping the pan each time to get all of the goody-goody sediment that I so enjoy using in my cornbread and eggs. That was some of the best bacon grease I’ve ever seen in my life and I’d go to sleep at night thinking of all the wonderful things I could make with it. And now I couldn’t find it.

“Ricky, have you seen my bacon grease?”

I hated to ask the question, feeling certain I knew the answer already. You see Ricky had been helping clean up the house in anticipation of his parents arrival. Things are busy around Bountiful these days and Ricky and I just kinda cover the bases as best we can – and I will tell you he got a whole lot more of that “cleaning and organization” gene than I did. Actually, I don’t have a single organized bone in my body but that is a story for another day. He got that confused look on his face, the one with a little bit of “oh no” behind it because we both already knew this wasn’t going to end well.

“Bacon grease, what was it in? ” I could tell he was buying time.

“Same thing it is always in, a mason jar.”

He had thrown it away.

~Hangs head for a moment of silence~ My heart was broken. I did the only thing I could do at a time such as this. I mourned the loss on Facebook. Y’all chimed in with condolences, howls of horrification, and questions, which I will now address. (Special thanks to Jeanna, whose comment had me laughing about this right off the bat!)

Dale said: “How long y’all been married? You need to train that boy…” Twelve years next month, Dale. After today I can see that I am a complete failure as a wife. Based on that, I take the brunt of blame for this. God love ‘im. In my defense, I did tell him in front of his mama and daddy that if he ever threw my bacon grease away again I’d kill him in his sleep.

Cheryl asked “Are you sure he’s a Southern boy?” Good question, Cheryl. He speaks with a Georgia Accent and I know he was born and raised there. However, odd things are afoot with that boy and always have been. You see, he doesn’t like gravy. I have no explanation for that.

In his defense, he is truly sorry now that he sees the impact it has had on my morale. He has generously funded a trip to the grocery store to buy over six pounds of bacon (although he doesn’ t know that just yet) and I am devoting this week to replenish my bacon grease supply by bringing you a week of bacon dishes. I think he realizes how precious my liquid gold is to me now and is truly repentant, as evidenced by the pink roses and diet dr pepper he brought me last night. With our twelve year anniversary coming up in a few weeks, I’m plannin’ on keeping him.

So in the spirit of making lemonade from lemons, I set out to do the only thing I could and make more bacon grease from bacon.

Okay, so bacon is a heck of a lot more delectable than lemons but I needed an analogy to kick off the remainder of this post so roll with me here.. 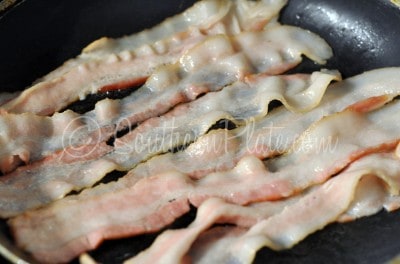 While my in laws were here I decided to make one of my mother in laws favorites.

I fried up a whole pound of bacon… 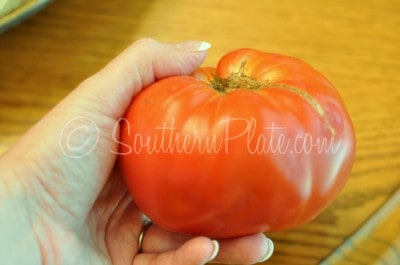 Got this big old tomato out of my garden 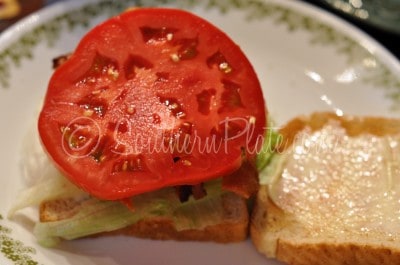 Layered it all with some toasted bread, lettuce, and mayo..

and made a champion BLT 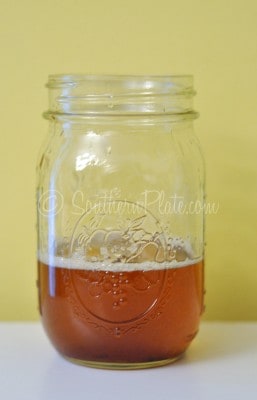 Tomorrow I’m bringing you one of my mother’s favorite recipes. Join me this week as we fill up the grease jar! 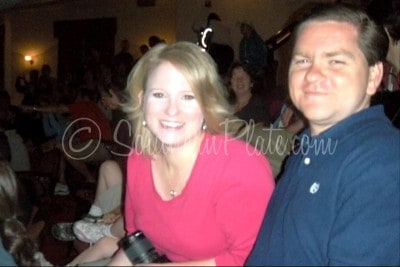 Me and my husband, who now fully understands the value of bacon grease.

To read the other posts from my week of replenishing bacon grease, click below:

I remember my mom having a mason jar she used for her bacon grease it sat on the counter in the kitchen. One night she made BLTs for dinner let the pan sit on the stove while we ate. Then grabbed the jar. And like normal she poured the grease in the jar….I heard a scream only to come out and find my moms foot covered in bacon grease. The jar had been sitting up against the wall and the grease was still to hot and when she poured it into the jar the jar exploded. She ended up with 2nd degree burns all over the top of her foot. It was then we all decided it was better to have a metal bacon grease jar for mom instead.

Oh my goodness, how scary!!!

I freeze my bacon grease, then chop it into chunks for use. When you don’t use it much won’t it go rancid??

It will, but it does take time. I used to always keep mine in the freezer as well, with one in the fridge.