Home » Side Dishes » Fried Potatoes (How to make them and when to eat them!) 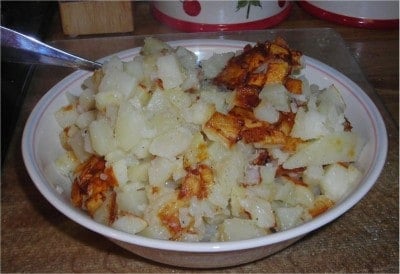 There aren’t many cultures who haven’t, at one time or another, relied upon potatoes as a staple in their diet due to their availability, adaptability, taste, and tendency to be very filling. Southerners, of course, are no different. I remember my great grandmother, Lela, telling about how she used to be picking cotton in the fields with her kids (when you were a sharecropper, the entire family had to work the fields) and they would walk back to the house at lunchtime and dig up some potatoes to go in and fry for their lunch. Its hard to hear things like that and not look at this bowl of potatoes as a connection to your ancestors, you know?
~Sigh~ I miss Lela.
Alright, moving on to the food part…

Now y’all know that when a Southerner gets a hold of a something, there’s generally gonna be some frying involved if we can help it. There is a great misconception about frying in the south though. Folks seem to think Southern Food = deep frying. That’s not the case at all. In face, much of our “frying” doesn’t even include oil. How can it be frying then? Well, its just a matter of what we call “frying” differing from what those outside of the south define frying as.

You see, to us, a skillet has always been called a “frying pan”. Therefore, when a person in the south tells you to fry something, sometimes they are just telling you what type of pan to use. A great many of our dishes such as “fried corn” have nothing to do with oil, but are just cooked in a skillet! I actually seldom use oil in my cooking, I am much more likely to use it in my baked goods, instead.

Fried potatoes are not so very different. You are really just barely coating the bottom of your pan with oil as potatoes do have a tendency to stick. Myself and absolutely everyone I know loves fried potatoes. There is no meal they can’t pop up at, either. They are just as likely to be served at breakfast in the south as they are lunch or dinner. Despite what you may think, they do NOT taste like a baked potato or even mashed potatoes. Fried potatoes are a treat unto themselves. This is the potato flavor at its finest, better than any other, honest!

Still, they do tend to be a regional thing. You’ve either heard of them and love them or are entirely confused by the very concept. Once, when Granny Jordan was visiting us (who was the epitome of everything a Southern Lady should be), we had prepared a large breakfast at my mother’s house.

Mama put a big old bowl of fried potatoes on the table and Granny Jordan leaned in and asked in her deep drawl “Well now, those look interesting! What are they?” Mama and I hid our surprise as Mama responded that they were just fried potatoes. To which Granny Jordan replied “Well now, isn’t that neat. I bet those sure will be good!”.
Born and raised in Atlanta and had never had fried potatoes?
Lets get some on y’alls table as soon as we can, alright? 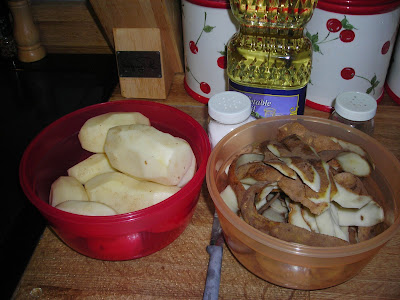 All you need are potatoes, vegetable oil, salt and pepper.
(You are just going to love how wonderful these taste if you’ve never had fried potatoes before!) 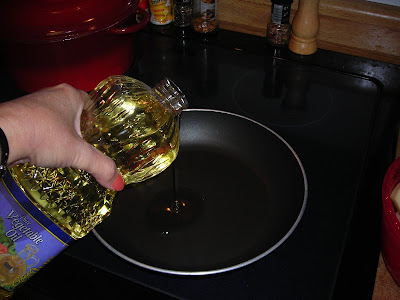 Pour just enough oil into a skillet to coat the bottom of it. Turn the eye on medium to let your oil heat up for a few minutes. 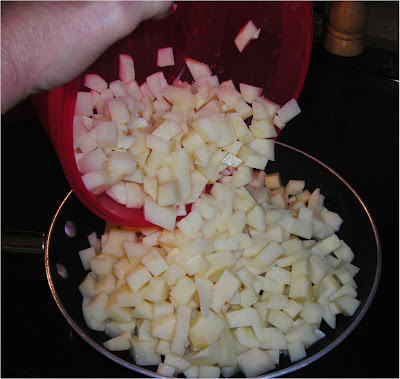 Peel and chop up your potatoes. Add them to the hot skillet. 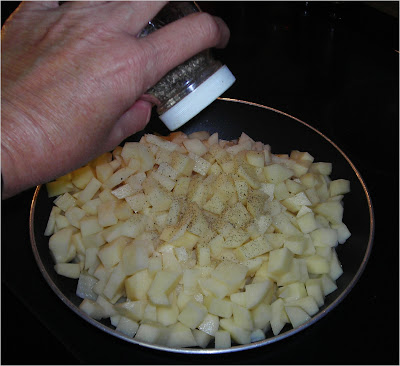 Salt and pepper them well, to taste.
When cooking you should always lean on not putting in enough rather than too much, that allows your guests to season according to their preference.
Did you know its considered very rude to salt or pepper your food before you taste it?
Interesting tidbit that you might not have known about! Its insulting to the cook. 🙂
Y’all just go for it if you’re at my house though, I don’t mind. 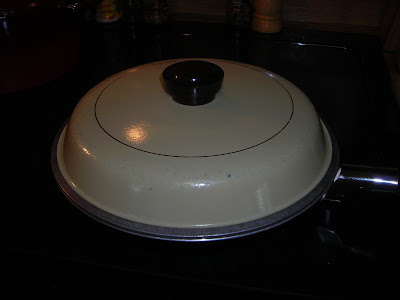 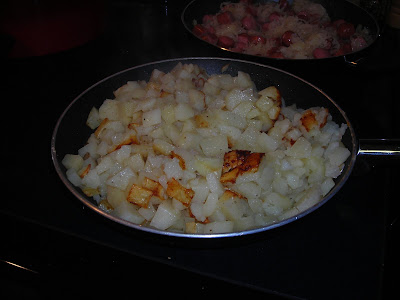 After ten minutes or so, remove the lid and stir. Keep cooking until all potatoes are tender and most of them are browned, which will probably be about five to ten minutes longer.
Spoon into large bowl and dig in!!
These are great served alongside beans, hoe cake, and any type of country meat, such as Steak and Gravy! 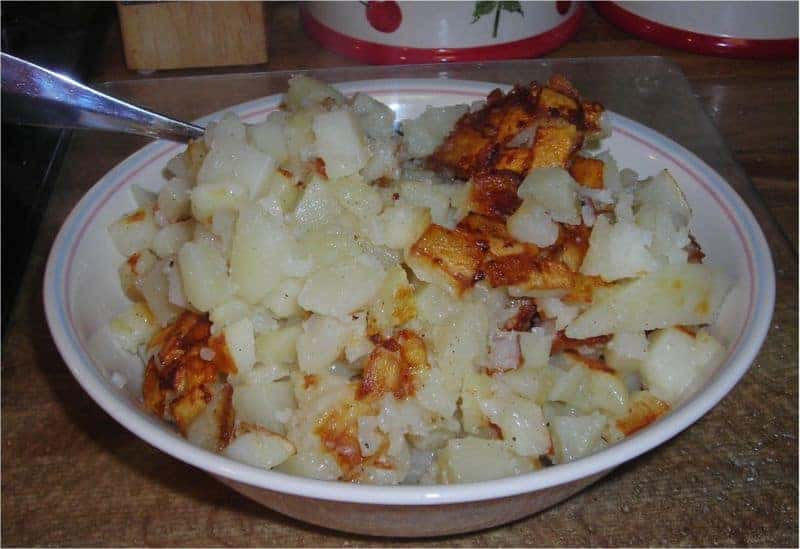 *If you haven’t clicked the link to verify your subscription to my new email service, you will no longer receive emails from Southern Plate after tonight, that includes my weekly printable recipes I’ve been sending out! Be sure to verify today so you can also get the free eCookbook of Reader’s Favorite Slow Cooker Recipes!

Mom would dice potatoes and fry them in an iron skillet in Crisco and a generous glob of bacon grease, then add salt. I never liked them much until I discovered I could squeeze out some ketchup on the plate and eat them like French fries, but with a fork. Years laater, I went to the German restaurant in Huntsville (you know the one) and discovered their sliced and fried potatoes – same thing as Mom’s, but sliced instead of diced!

I love adding bacon grease to the skillet instead of oil. Fried taters are the best in comfort food. I like the idea that someone commented on about a fried potato sandwich! I like leftovers to add to stewed cabbage for making Bubble and Squeak.

I grew up eating lots of taters fixed all kind of ways. Fried was always my favorite! My Grandma’s on both sides made ’em. Sometimes with onions, sometimes without. I’m from NC. Don’t know if my family was strange or if it’s an area thing, but when okra was plentiful they would slice it and fry it (unbreaded) with potatoes. I still love ’em that way too.

I don’t find that strange at all, I find it delicious!!

My mom made these potatoes for us when we were growing up a family of 8 children we never realized how hard it was for our family back then cause every meal was made with love the only thing she did different was she would cut up a onion and fry in her’s! We thought we were eating the best!! But that’s how the southern mom’s made you feel!! I cook this for my family now!! Delish!!!!