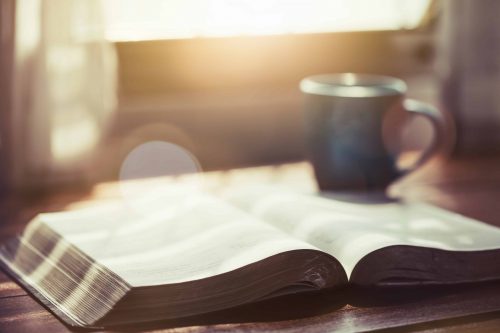 Today we begin the book of Joshua!
Today’s readings are Joshua 1-4

Introduction: The book of Joshua was written by Joshua and the events in this book take place over a course of about twenty five years. This book details the culmination of Israels’ journey to the promised land.

Hosea means “he saves” and Yehoshua means “YHWH Saves”. This name is important in the revealing of Joshua’s life and purpose but it goes on to become even more important to us – Joshua shares a name with our Messiah. Yeshua (the name Jesus would have been called in his lifetime) is simply a shortened version of Yehoshua.

In fact, when our Messiah was named it makes more sense if we go back to the Hebrew to see the meaning of one sentence in particular:

📖Matthew 1:21 “She will bear a son, and you shall call his name Jesus, because he will save his people from their sins.”

If we go back and input the original meaning of the name we can read this sentence as:
“You shall call his name ‘YHWH Saves’ because He will save His people from their sins”

See now that sentence makes more sense. The “because” has no relation to the previous part of the sentence until you know what the name it was referencing means.

So Joshua-Yeshua-Jesus-Yehoshua = All versions of the same name that means YHWH saves. And He sure does!

🌿The tribes that chose to settle outside of the promised land
The tribes of Reuben, Gad, and 1/2 of the tribe of Manasseh chose to settle just outside of the promised land. This land ended up being the staging ground for the attack on Canaan and so Moses (and YHWH) permitted them to remain there, as they had requested. The condition was that if they stayed there, their soldiers had to fight with the rest of Israel when called upon. They prove to be admirably faithful in this.
🌿😐Sidenote: I wonder how many of us, when following after YHWH most of our lives, or for large chunks of our lives, choose to settle for something just outside of the Promised Land – when the Promised Land is so near and so attainable. YHWH permits it, but there was more He wanted to give us.

🌿Joshua sending Spies
Some parallels are naturally drawn between Joshua sending spies to scope out Canaan and the scouts Moses allowed to do the same all those years earlier.
However, there is a distinct difference between these two acts.
A generation earlier, the scouts went because the Israelites were concerned that they could not conquer the land and they were fearful – so they sent spies for either reassurance or to put the brakes on what they felt was an unwinnable endeavor. Joshua, on the other hand, is sending spies to help work out the best battle strategy. He has no thought to NOT invading, but is just coming up with the best strategic way to do so.

🌿How did they know there were spies?
Interesting note: The king of Jericho was obviously at the ready, anxious, and waiting on the attack by Israel. Keep in mind that Israel consists of over three million people and they were camping somewhere nearby. Three MILLION people, who had openly stated that their promised land was the land of Canaan. (Jericho is a large city within the land of Canaan) You can’t really hide 3 million folks.

🌿A new way of being led
Joshua 3:3-6 Up until now, Israel had been led by the cloud and the fire of YHWH but this is changing. They will now be led by the Ark and so Joshua explains this and sends his men to explain it to the rest of Israel.

🌿The story of Rahab – YHWH is showing us, yet again, that though a people may be condemned through their own actions, He always makes a way for the individual to step away from the condemned people and turn to Him. Let us read some of what is said about Rahab later on in the Bible.

By faith Rahab the prostitute did not perish with those who were disobedient, because she had given a friendly welcome to the spies.    -Hebrews 11:31

And in the same way was not also Rahab the prostitute justified by works when she received the messengers and sent them out by another way? – James 2:25

This pattern of a person stepping apart from their people and joining themselves to the people of YHWH will be repeated through Rahab’s son Boaz, who takes Ruth, a moabite woman, as his wife. Recall that Ruth made the choice to join herself to YHWH’s people.

But Ruth said, “Do not urge me to leave you or to return from following you. For where you go I will go, and where you lodge I will lodge. Your people shall be my people, and your God my God. Ruth 1:16

Boaz, son of Rahab, has compassion on Ruth and generously makes her his own, a pattern repeated by the Father many times throughout history and continuing today.

🌿Note: Some Hebrew scholars do not believe that Rahab was a prostitute. The Hebrew word used for prostitute was sometimes used for innkeeper as well and the text clearly says this was her house, her property. It could be that she was an innkeeper and a prostitute or, as I suggested, simply an innkeeper. Personally, I think it is important to know that the truth of Rahab may have been lost or twisted either in translation, doctrinal desire to skew the role of women in the Bible, both, or something else entirely. Or, it could simply be as it states in today’s Bibles but it would have been very uncommon for a mere prostitute to own such a property. Since this is not a salvation issue, I’m comfortable mentioning this as a rabbit trail some may like to chase by doing further research.  You can start at Wikipedia by clicking here.

In Joshua 4 we see the waters of the Jordan parted during the season in which the waters were fullest (Joshua 3:15). Another act of grace from YHWH, reminding them of who He was. This passage has a lot more clarity when read in the CJB, click here to do that on Biblegateway.

Tomorrow we will see Israel celebrate Passover in the Promised Land!