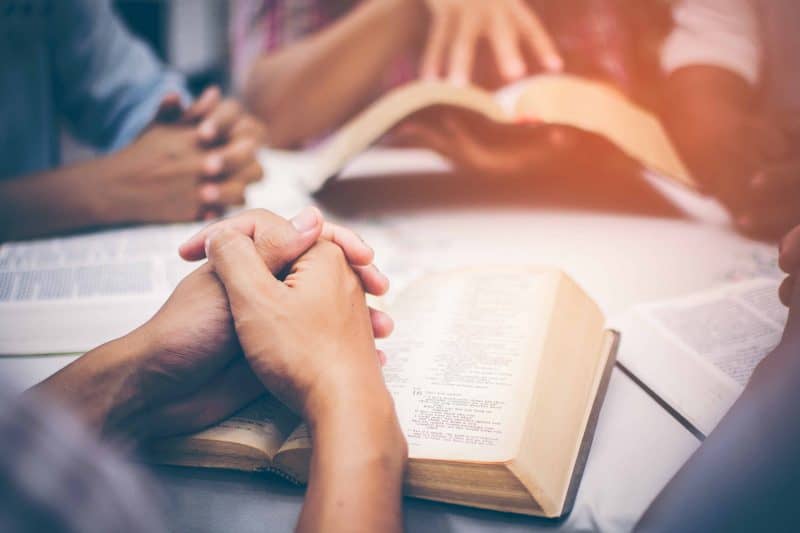 Today the rabbit trails are split. I’ve written some and some are shared by our brother, Wayne Scott, from the Front Porch Fellowship Admin team.

🌿 At this time Israel is preparing to enter into Canaan to possess the land.

🌿In these 3 chapters the required offerings for “the moadem” (the appointed times, feasts) , are conveyed from YHWH to Moses. You can refer to Leviticus 23 for a refresher on the feasts/appointed times.

🌿Hebrew Word of the Day: “moed” is pronounced (mo-ade’) and its definition is “appointed time, place, meeting”. See more here: https://biblehub.com/hebrew/4150.htm
“Moedim” is the plural for “moed”, which means “appointed times”.

🌿Also included in the moedim is “Rosh Chodesh” (pronounced rosh kodesh) in Numbers 28:11-15 , which means “head of the month”, which marks the beginning of each new month by the sighting of the new moon. If we look back in Exodus 12:1-2, we’ll see where YHWH commands Israel to begin marking the months of the year. “”The LORD said to Moses and Aaron in the land of Egypt, “This shall be the first month of the year for you.”” We again saw mention of the new moon in Numbers 10:10, “On the day of your gladness also, and at your appointed feasts and at the beginnings of your months, you shall blow the trumpets over your burnt offerings and over the sacrifices of your peace offerings. They shall be a reminder of you before your God: I am the Lord your God.””

🌿Have you noticed how many times the Father has gone over His appointed times with us so far? For the remainder of our reading, He will continue to reiterate them and we will see His people keeping them right up through Revelation – which takes place in the future! When does a Father repeat Himself? When it’s important.

🌿I want to discuss three specific moedim (Passover, Sabbath, and Shavuot) today in order to show you something that few have noticed.

Both of these appointed times have a special relationship with the Feast of Weeks, or Shavuot.

A little knowledge of the Feast of Weeks (Leviticus 23:15-21) can really help with understanding of a key point in one of Paul’s letters. The Feast of weeks, often knowns as Shavuot or First Fruits, takes place exactly seven Sabbaths (or 50 days) after Passover.

Now you’ll recall that Passover lasts one day and directly following that is a seven day Feast of Unleavened Bread. So there are two holy times, or moedim, back to back. As a result, these two feasts are often collectively referred to as “Passover”. After Passover, we begin counting the weeks. This is often referred to as “counting the omer”. Counting the Sabbaths is a great joy as we move from Passover to Shavuot because each week is one more Sabbath between us and the next feast.

These Sabbaths that we count in between are often referred to in Scripture as “one of the Sabbaths” because they are special Sabbaths leading from one feast into another.

We see reference to this In Acts 20:7, but we miss that because most Bibles read something like this:

On the first day of the week, when we were gathered together to break bread, Paul talked with them, intending to depart on the next day, and he prolonged his speech until midnight. Acts 20:7 Click here to see how other bibles translate this

Did you catch something there? Probably not because it’s not there in our translations anymore. But if we use the interlinear feature to go to the Greek, we will see a very different choice of words, for “first day of the week” and that is “Mia ton Sabbaton”. Which translates to: One of the Sabbaths. 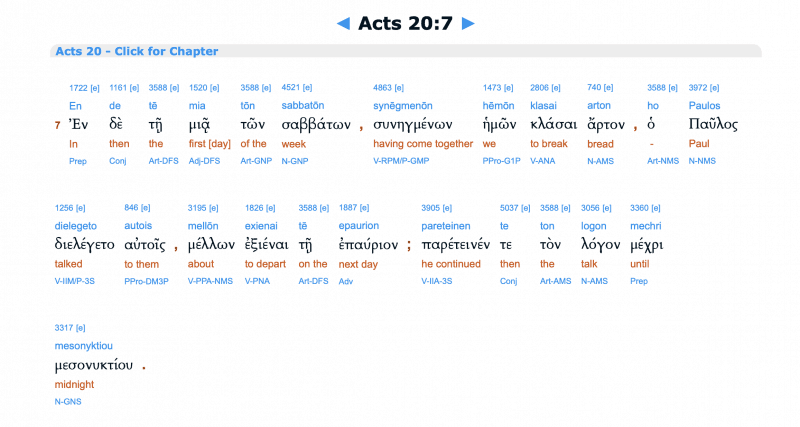 For even better context, knowing what we know now, let us back up a verse and read Acts 20:6-7

6 but we sailed away from Philippi after the days of Unleavened Bread, and in five days we came to them at Troas, where we stayed for seven days. 7 On the first day of the week, when we were gathered together to break bread, Paul talked with them, intending to depart on the next day, and he prolonged his speech until midnight.

Now we clearly see the reference to Unleavened Bread having just passed, which is the time in which we count the Sabbaths leading up to Shavuot. This verse just became a whole other animal. Turn that over in your mind a bit today and see what you can glean from it.

Think you’ve never heard of Shavuot before? The Greek name for it derives from the counting of the 50 days after Passover. The Greek for 50 is Pentecost. It is ironic that many Believers are acquainted with the term Pentecost but not with what the Father called this Holy day.

Most believers think of Pentecost as the time in which the Holy Spirit descended and came to indwell. If you are like me, you probably once thought that this was a first. While it was a significant moment to be certain, having read the Word now we realize that the Father has been bestowing the Holy Spirit on people of His choosing since the very beginning. There is another wonderful event which, according to Biblical timelines, strong evidence supports taking place on the first Shavuot. The giving of the “ten” commandments took place on Shavuot. Generations later, on the day the Father gave His commandments, He would give His spirit to help us keep that them.

There are no coincidences, only patterns.

When we know our Bible we can begin to recognize those patterns in history, in our daily lives, and in the future.