Today I’m proud to bring you Mama’s third installment of Heritage Hints and Notes. I know you’ll enjoy it as much as I did. We’d love to hear from you in the comments below and be sure to check out her other Heritage posts by clicking here. Gratefully, Christy 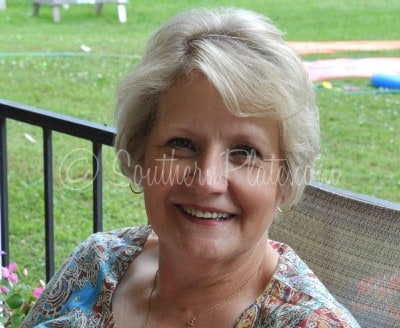 I come from a long line of proud, hard-working country people, and despite what you might see on television from time to time or hear about ever now and then, we country people are definitely not stupid or ignorant. My ancestors may have talked differently from others but they were soft spoken gentle people.

A while back, I happened upon a documentary on Appalachian people. I try not to call Christy when these are on because more often than not they subtitle folks as they talk and nothing gets her riled faster than seeing Southerners subtitled…

This particular documentary really stood out to me, though, because I recognized a lot of phrases used by my grandparents, phrases that I’m often corrected on nowadays because folks simply don’t understand them. As it turns out, the words make perfect sense (and always have), it’s just that they were somewhat foreig – what things were called in England and Scotland years earlier and passed down generation by generation.

A prime example is a phrase I’ve heard all of my life. My grandmother (Lela) always complained that we kids were “A messin’ and a gomin’ ”.  I always wondered what “goming” was.  A man on the documentary explained that goming was making a real mess or being messy.  Brings to mind how we were always in the kitchen fixing us a snack and leaving a mess behind-“goming”.

My grandmother “toted stuff in a paper poke”.  Translated that means carrying things in a paper sack.  Times were hard and my grandmother carefully folded her used paper pokes to be reused whenever she got any.  They were reused until they were soft and floppy.  Unknowingly she was practicing saving the earth. Country folk recycled long before it was popular.  Every now and then I toss a plastic throwaway container in the trash and I can’t help but pause to think of how my grandmother would have loved and cherished something as simple as a plastic container.

Country people rose with the dawn, worked the fields all day, raised all their own food, and preserved it to feed their families through the winter.  They made every piece of clothing their family had and even recycled outgrown clothing into clothes for younger children or quilts to provide warmth on long winter nights.  Nothing was wasted.  Every scrap, thread, and piece of string was valued and saved.

I am often corrected for saying “warsh” instead of wash. Christy tells me that her kids have told her she is supposed to pronounce her father’s title “Da-dee” instead of “Deh-dee”.  We aren’t supposed to say ain’t, pokes, “coo-pun” instead of q-pon and the likes. Often, I am torn between using what I know as proper grammar and holding on to the speech and values of my beloved ancestors.  It feels as if I am turning my back on them if I change my ways.  On the other hand, if I don’t I am perceived as backwards or uneducated. Many a Southerner (or folks from any region with a specific dialect for that matter) struggle with these same feelings.

From my ancestors, I have learned values, how to work hard, and integrity that no school could ever teach.  Just like Northerners speak differently, so do I and I will continue to do so. I am proud to be from great loving hardworking stock.  I can never turn my back on my heritage but I will try to tone down the “ain’t” at school assemblies for my grandkids as long as they’ll sit and listen to my stories of the people they come from – I figure that is a fair trade off. It is my hope to pass on the integrity with which my ancestors lived every day.  I may sound more like them than future generations will, but I only hope I can be half the person that they were.

When asking my Mother what should I do in a sticky situation, she would answer…

“In your heart of hearts you already know the answer. You just have to listen to your heart.”

~Advice from Dawn Tierney’s mother that Dawn submitted on our Give a Penny Page.

Thank you so much Amanda!!! I really loved it, too 🙂 I’m not biased of course 🙂
Gratefully,
Christy

Kelly -As a transplanted Southerner who now lives in Illinois, I am proud of my Southern Accent. I just love it when someone asks me where am I from and I tell them Florida. They kinda look at me and then I tell them North Florida, where the Southern Accent is real and true!!!

Kathy – Darling article and i think its great because it shows how the mixture of european phrases and american language came together and this is from a Northerner and yes people think we talk funny too, especially from New York.

Wonderful article, thank you so much for sharing your Mama’s wisdom and words with us!

I remember many of these country “sayings” used by great grandparents, and grandparents. I think many of them are Scots, and Irish. I love them….let ’em roll off your tongue with pride in yer folks! Hugs, Karen

When I read “deh-dee” I could actually hear you saying it in my head! Lol

So sweet, brings such memories. I still use many of the words from my past and are corrected often, sometimes I laugh and correct myself others for some reason it just does not sit well. You know what I mean so why correct me is my response. The one that drove me crazy to hear my grandfather say was hope for help, well be durn if I have not caught myself recently saying that. Where it came from deep deep in the memories. He has been gone 46 years. I am proud that i hoped them forevermore.