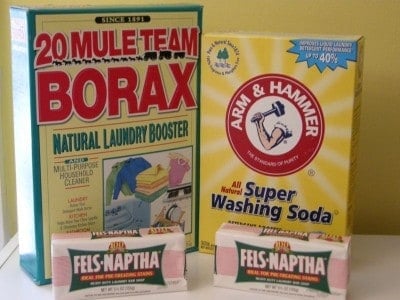 I am a hardcore couponer.* My kids are even in on it. Whenever we go to the grocery store together they both want to know ahead of time “Do we get any coupons?”. I usually pick out a coupon I had planned on using (for a kid friendly item to make it more fun) and give one to each of them. Their job then is to find the item or items in the grocery store and put them in the buggy. They also get to put them on the belt and hand over their coupons when time comes to pay. Then we talk about how much money they saved that day by using them and I’ll usually go through a drive through for some sort of treat and explain to them how we got that “free” with the money we saved.

Consequently, Katy’s favorite thing to do is get my coupons out of the printer whenever I print them off from websites and such. As soon as she hears that printer going she hollers out “Ma! Can I get the coupons out for you?” and here she’ll come a running with pieces of paper, proud as a peacock. Hint: You can print out coupons directly from SouthernPlate.com by using the Coupons widget about middle ways down in the right sidebar!

One of the things that drives me half mad is the price of laundry detergent. This is one item which is absolutely necessary in your household but so seldom goes on sale. To make matters worse, Katy has had some sensitivity issues to detergent in the past (she broke out in hives when I tried out a lavender scented one and on one other occasion when I tried another detergent) so I am limited to which ones I can purchase.

A while back, I came across a Tipnut.com post on homemade laundry detergent. Now my initial thought was not to replace our laundry detergent but rather to simply know how to make my own in a pinch, if I ever had the need. I just love being able to do things like this on my own, must have been all those episodes of MacGyver when I was younger. I was pretty surprised to find that not only did it clean better than the high dollar brands but it also softened our clothes (I no longer use fabric softener) and made everything even smell fresher than the brand I had been using.

It has been requested by all members of my household (including the youngest, who thinks grating soap is just the coolest thing ever) that I only use this detergent from now on. We’ve been using it for a few months now and I’m totally won over. Of course, they love it for the smell and feel of our clothes, I love it for how great it works and the fact that it only costs me about eight cents per load of laundry now!

In my mind, the commercial versions can’t come close to this.

This is only my second batch that I’ve made up. It seemed to last forever so this last time I actually measured out how many loads were in each batch so I could give you an accurate figure. No wonder it lasted forever, I had made enough for 160 loads!

Today I’m bringing you the recipe I use which I found on Tipnut.com. After viewing this tutorial, hop on over there and check out her other recipes for detergent to find the one that works best for you. This one is the hands down winner at my house!

Note: You’re not likely to find all of these things in one store. I usually have to make trips to at least two different stores to get them. One store will have the Borax but put it beside a huge box of Baking Soda instead of washing soda and then another will have the soap. Just have fun shopping around for what you like but be sure you remember where you got everything! I am going to show you a recipe for detergent to make about eighty loads worth but I recommend you get four bars of soap and go ahead and make 160 loads worth because there is enough Borax and Washing Soda in one box to do that much. This will give you the absolute best savings! 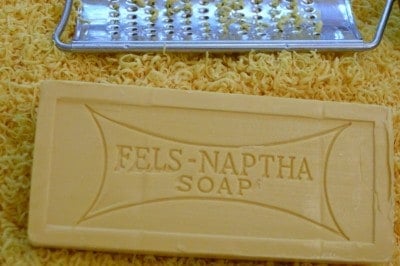 The only real work involved is grating your soap. I use a cheese grater for this. I really want to use my food processor but I’m worried about hard soap damaging or dulling my blades so cheese grater it is!

Get your soap, a dishpan or large bowl, and grater and go find something good on TV.

If you have access to one of the first few seasons of Mcleod’s Daughter’s, that’d be my pick.

*I get about three cups of soap shavings from each bar. Measurements will vary according to the size of your bar soap and how finely it is ground. 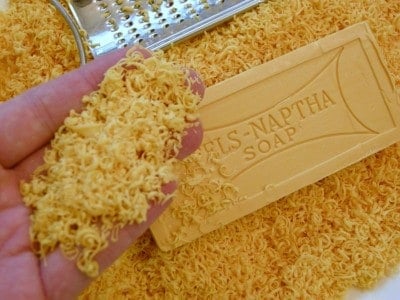 We’re grating this kind of fine so it melts easier in the water.

If you like, you can run the shavings through the food processor when you are done to make it finer but this works just fine for me. 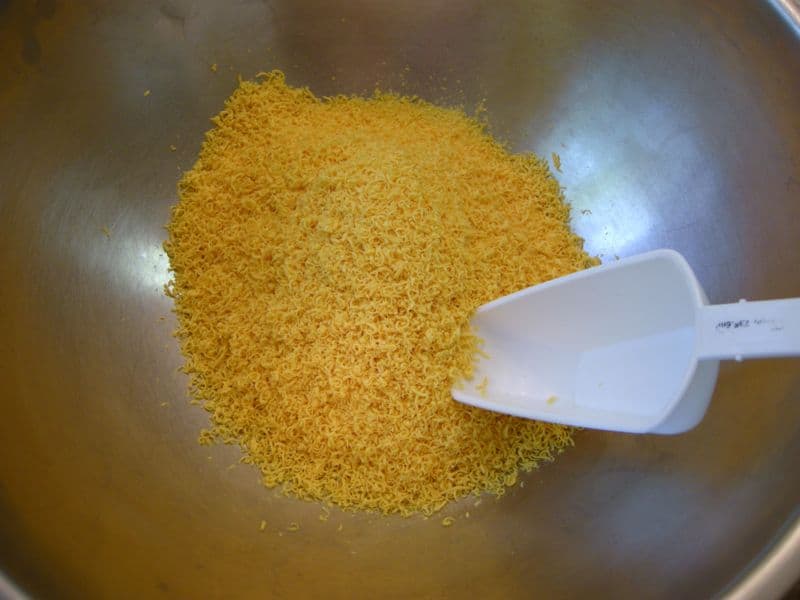 Measure out your soap grounds in a large mixing bowl. This is where the recipe gets easy.

However many cups of soap shavings you have, half that to know the number of cups of Washing Soda and Borax to put in. 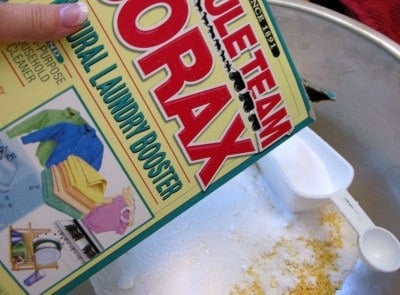 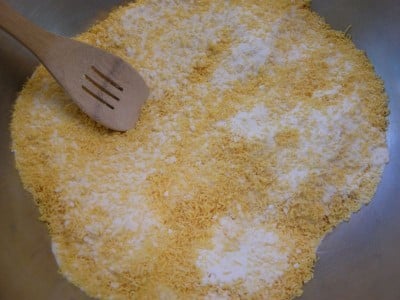 Stir all of that up!

You’ll have to stir a bit each time you scoop some out to get a good ratio of soap shavings to powder but that’s no big deal. 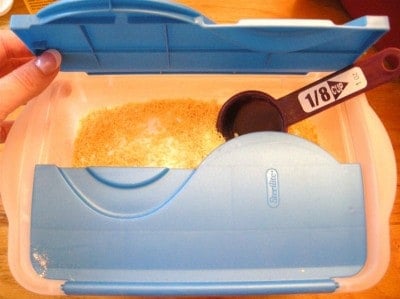 I store mine in a little flip top container and leave an 1/8th of a cup measuring cup in there to measure it out. Can you believe this only takes two tablespoons per load? Seriously! I put this to the test, too. I’ve figure out that two tablespoons is pretty close to 1/8th of a cup so that is the measurement I use now.

The main difference you will notice between this and store bought detergents is that this detergent doesn’t suds up as commercial ones do. Don’t let that deter you! Once you pull out your first load of clean, fresh smelling, naturally soft and fluffy laundry, that only cost YOU eight cents to clean, you’ll be hooked.

*This was based off of Tipnut.com’s recipe #4, I just altered the amounts

Grate soap using cheese grater. Combine all ingredients in a bowl and stir well. Place in sealed container and measure out two tablespoons for each load.

“You can complain because the roses have thorns, or you can

rejoice because the thorns have roses.”

To submit your positive or uplifting quote, please click here.

Been using this a couple months now and cleans well but not so much on my whites they are getting dull and dingy. Any suggestions

Been using this a couple months now and I am hooked!! Thank you for everything you share to help us run our homes & care for our families on less while making it seem like so much more!!

I am so glad to hear that you like it Dawn!!

I’ve made this detergent a bunch of times and love it. For those asking it does seem fine for sensitive skin…both my son and I are sensitive (don’t even bring a bottle of Era in the room with us-we start itching immediately! ). I have used my food processor to grate the soap with no problem. And I love using Fels-Naptha for its deodorizing properties (hubby’s work clothes and teenage funk-blah!). And-most of all….I love the price!!

Thanks so much for sharing your experiences with it!!!

Been using this recipe for almost 2 years ! There must be a lot of us making our own detergent, my Walmart has the ingredients all together now! Made the first batch and never looked back!

LOL, that is funny that they put all the ingredients together!!

Christy, I have been using this laundry soap for a couple of years and love it ! I can find all the ingredients at Walmart. My ratio is 2 cups washing soda, 2 cups Borax and 1 bar Fels Naptha, grated.

This plus the use of vinegar in the rinse got rid of cat urine smell. I was surprised and happy.