HAPPY PI DAY!! First off, some of you may be thinking I left the “e” off but I promise I didn’t! Pi is a mathematical number, symbol, ratio, formula – whatever floats your boat– which represents the ratio of the circumference of a circle to its diameter. We just shorten that number to 3.14,which is why March Fourteenth (3.14) is Pi day!

This is also Albert Einstein’s birthday so Happy Birthday , Al!  Okay so it is tomorrow but I need to bring you this post so you have time to prepare for this holiday which we are all going to celebrate here at Southern Plate. I was going to write a poignant post explaining and extolling the virtues of Pi. I actually read an entire book about it last year. Scary…I know. As I sat down to write this post though, I discovered that a few obstacles were standing in my way.

Um yeah, so lets just get to the food part before we sprain a brain cell. We are sooooo taking this holiday and making it about food! Pi day, makes you think of Pie so lets get this party started!! 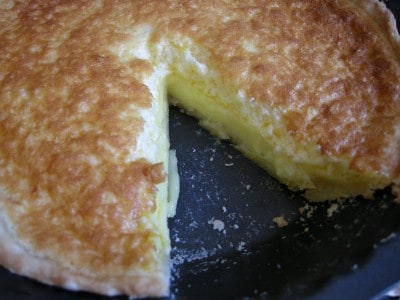 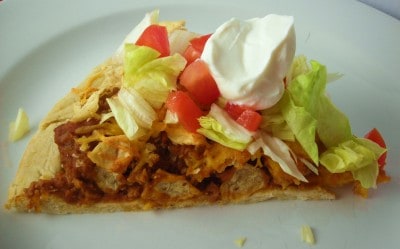 Now how about some Taco Pizza? I love this stuff and so does my family, but especially me. So if I ever come visit you, just have one of these puppies sitting on the counter and I’ll sit down happily and be quiet for at least five minutes. Alright, three. Something important to note about Taco Pizza, it is VERY filling. If your family normally eats two regular pizzas, you’ll be doing good to eat one of these. Take me seriously here. It is VERY filling! (This is a good thing!) 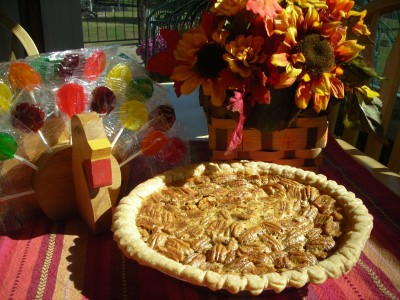 Pecan pie was one of our all time favorites but it was often a hit or miss recipe. Sometimes it turned out perfect but most of the time we had pecan “soup”, which we still loved. Mama laughed along with us as we called it that and she would joke about it as she dished it out into bowls instead of saucers. A friend gave her this recipe when I was a young teen, though, and she announced that Sunday that we were not going to have pecan soup anymore, but pecan pie. Ever since then, its been perfect every single time. Although I’d be lying if I said I didn’t miss those good old days of Mama dishing pie out into a bowl… 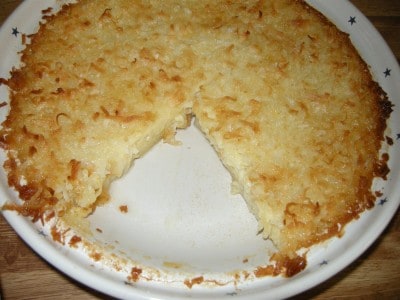 Amazingly Easy Coconut Pie (that mama makes for ME!)

This is a very special pie for many reasons. For one, it is one of my mother’s favorite pies to make and one of my favorite pies for her to make for me! Another is the personal story behind this pie, which does get a bit depressing. So much so that I am actually putting it at the bottom of this post instead of at the top. 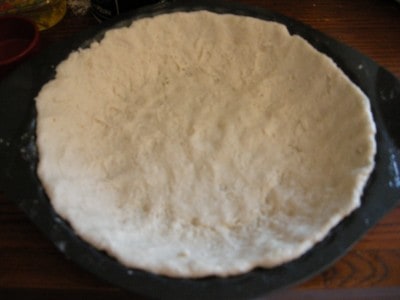 This is just one of my basic recipes that has come in handy for me on several occasions. I am HUGE fan of store bought pie crusts! Of course, we can make them at home but I just don’t have the time or desire to go to the trouble to make a proper pastry most days. Thats where this pie crust comes in! 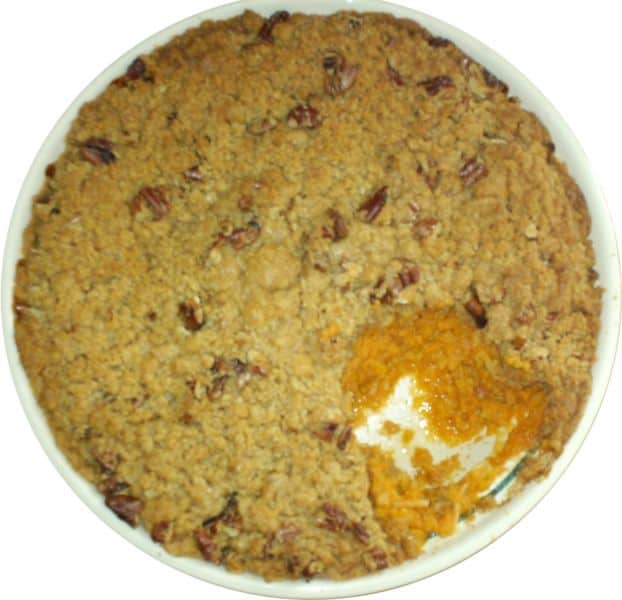 Down south we do love our sweet potatoes. Most restaurants (if they know whats good for them!) serve some form of sweet potatoes as a side dish. Steak houses offer them in place of a baked potato and bring them wrapped in foil, cracked open with steam rising out and a large pat of butter already melting into a generous spooning of brown sugar and cinnamon. No, its not a dessert, its a side dish. Sure they usually have a nice brown sugar coating and yes they may taste like a dessert, but sweet potatoes are a side dish. They are, after all, a vegetable, are they not? See how smart we are in the south? We call it a side dish and then still get to eat dessert at the end! 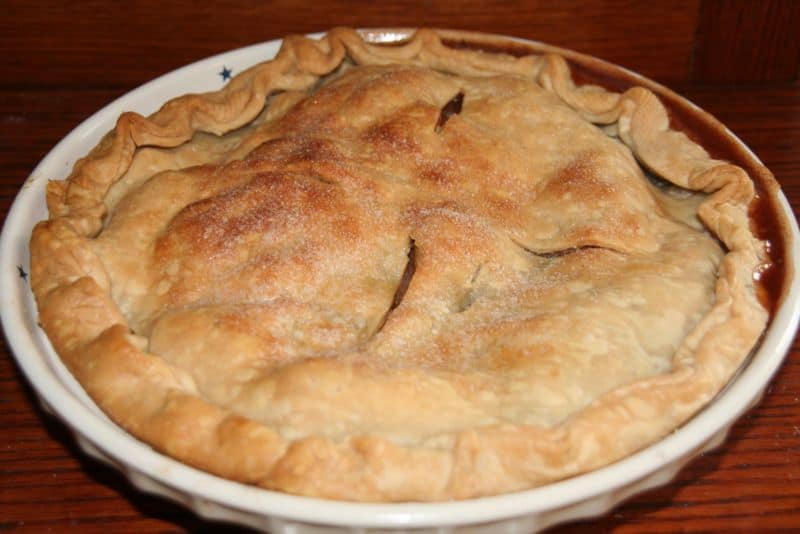 Don’t you just hate it when you taste something positively divine that a friend made, ask for the recipe, and they refuse to give it? How awkward is that? I have always found it somewhat rude and therefore have made a point to share any and every recipe that has ever been requested of me. There is only one recipe which has tempted me to stray from this policy, my apple pie. ~Takes a deep breath~ So, today, to force myself to remain generous, polite, and kind to anyone interested, I am posting not only my apple pie recipe but a photo tutorial as well. I have tons more pie recipes which will eventually be posted on Southern Plate (I really do waste entirely too much time sleeping!) but these will get you started!

Want the easiest Pi Day recipe of all? ORDER PIZZA!!!!!

You made a number of nice points there

I am a city girl but I’m lucky enough to be married to a farm boy (ok, he was a farm boy once). He loves pie but I have gotten in the habit of buying the frozen crusts. Your mix-in-the-pan pie crust looks great but can you use it for fruit pies, the kind for which one does not pre-bake the crust? If the answer is yes, my husband is going to be getting a lot more pie in the future.

I’ve decided that whenever I end up having a child I really want them to be born on pi day. I mean, seriously…it seems to lead to a whole pile of brains. Albert Eintstine, my dad who is an astro-physicist, my friend Joey who never made anything but A’s EVER. And then on top of that… we could celebrate with pie, the best dessert ever made?? Sounds like a win-win situation to me. : )

Einstein is the great scientist, btw how many digit of pi number that can be created by his hand?