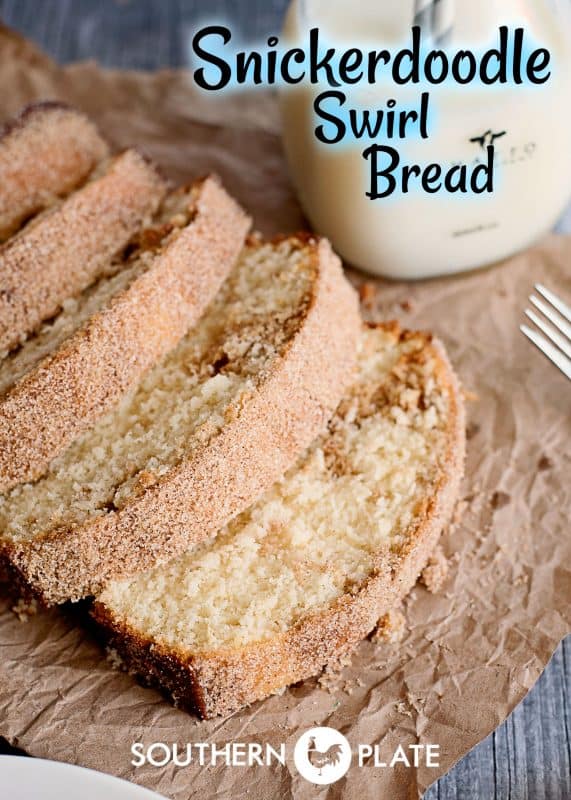 I just sat down with a warm slice of this delicious Snickerdoodle Swirl Bread. I just love sharing a recipe while it’s fresh on my tastebuds so the timing is perfect. This bread is the embodiment of comfort with a soft fluffy sweetness and the warm flavor of cinnamon sugar. I’m having it right now with a cup of coffee for an early afternoon pick me up and then I’ll be sending the rest off to friends and neighbors throughout the rest of the day. As long as I’ve been in the kitchen, it’s always been the most fun to cook for other people!

~If you want to jump straight to the Snickerdoodle Swirl Bread recipe, scroll down. If you’ve got time and the inclination to visit a spell, keep reading~

Today my heart is aching a bit and the reason why is going to seem silly at the onset, but hang in there and it will make sense. It’s because of the announcement of the new iPhone yesterday. Apple has this big press event each year and all of this media hubbub kicks up around it as people anxiously await what the next technology will entail and what the exorbitant price point will be. Each year the phones get more complex and more expensive while the excitement always seems to escalate proportionately.

My son has always followed these press events because in his line of work he usually makes some videos reviewing the new devices or explaining how to use them. He called me yesterday and asked if I’d heard of the new features and such and I responded that I had not as of yet but I would try to read up on it sometime today. I know he likes to talk about things like that so my goal is to have a vague notion in order to keep up my side of the conversation.

As a result, I logged on to do my due diligence this morning in order to show myself approved to the men in my life and found an awful lot of people excited over the latest phones – and it hurt my heart because the last time I saw folks this excited was last year – at the last announcement event. History tells me that within one year’s time they’ll be $1000 poorer and staring with their figurative noses up against the glass waiting to be able to purchase the new exciting thing, their 365 day old phone now dull in comparison.

I’m certainly not bemoaning phones or folks who have them (until yesterday I had the latest and greatest myself) it’s just that these are temporary things. And while there are great reasons to be excited about them, these days it is a rare thing to see folks get that excited about things of a more permanent and longer lasting nature. We are conditioned to react with excitement to every shiny sparkly thing that beeps while we move further and further away from valuing the things that really matter at the end of the road.

Realizing the rapid shift of values that surround us all these days, my husband and I have worked to create a better balance in our home over the past few years. We’ve invoked more “special” family dinners, cut down on commercial holidays, started taking a full 24 hour break from the world each week, and made it a point to start and end our days with conversation. In addition to sharing hobbies and studies together, we’ve also involved our kids on many levels – and that is mostly because of them seeing our example and wanting to follow suit. The result is a drastic improvement in our quality of life. We have more peace, less stress, and a heaping helping of contentment. In a sense, what we’ve done in emphasizing and building up our home and relationships with one another is like building an ark of sorts, a safe place to rest no matter how crazy the weather gets around us.

I love to see people excited and happy and today I wanted offer up a little reminder that there are some awfully exciting things in our lives that don’t have to be recharged – but they do have to be noticed.

Remember that the next time you open your front door. 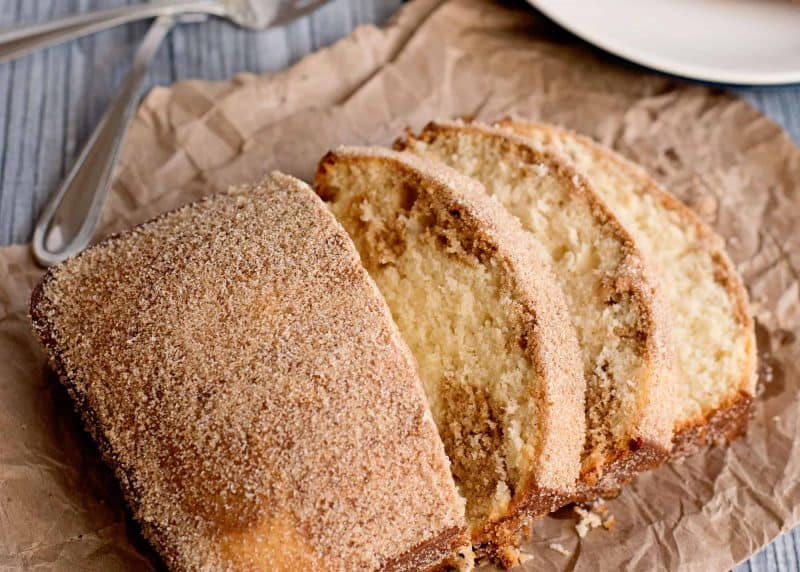 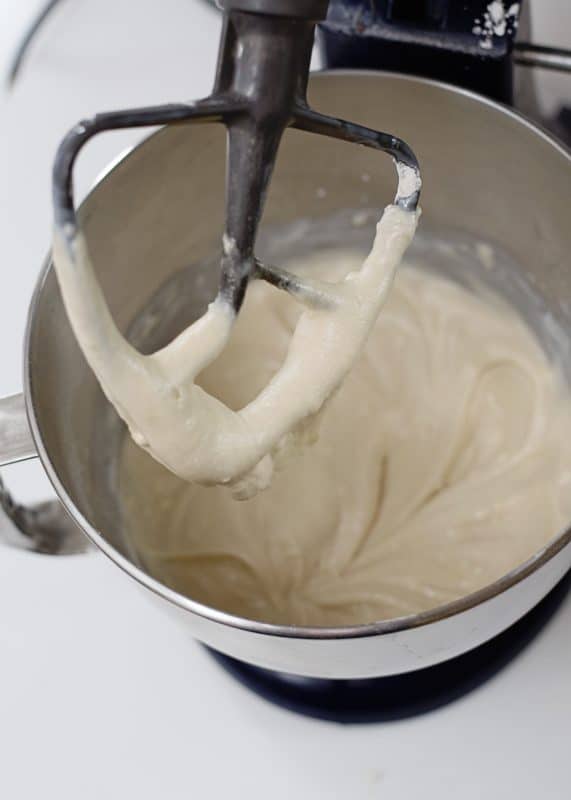 The recipe card with exact ingredients is at the bottom of this post.

Begin by placing some of the butter, eggs, sugar, and vanilla in a mixing bowl and beat with an electric mixer until well blended and smooth. Add flour and milk and beat again until well incorporated.

Important note: Since these photographs were taken, I’ve started tossing in 1 teaspoon of cinnamon to this batter as well and it takes this over the top! 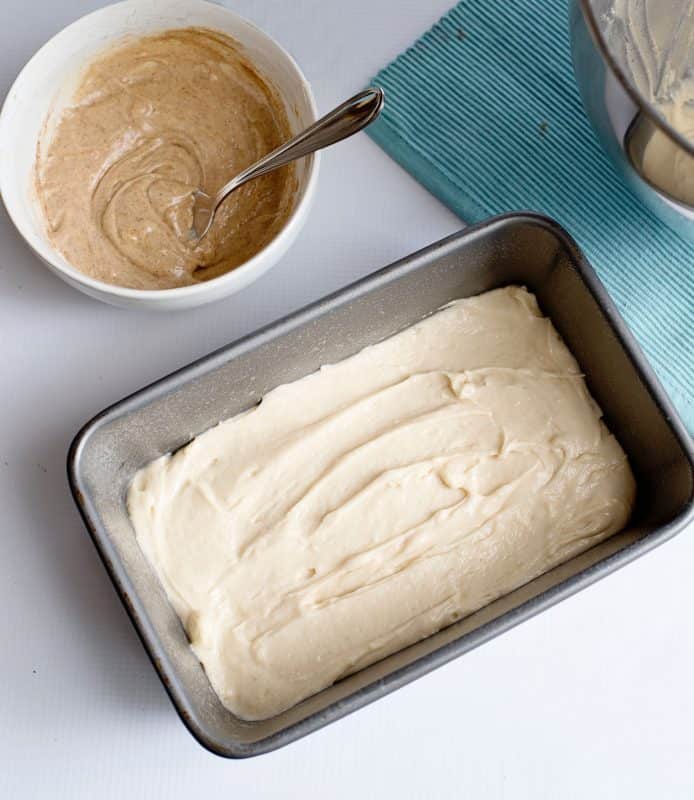 Take out about 1/2 cup of batter and put it in a small bowl. Stir in some of the cinnamon and allspice (exact measurements in recipe card at bottom of post) and stir until well combined.

Take half of the remaining batter and spoon into a well greased loaf pan. 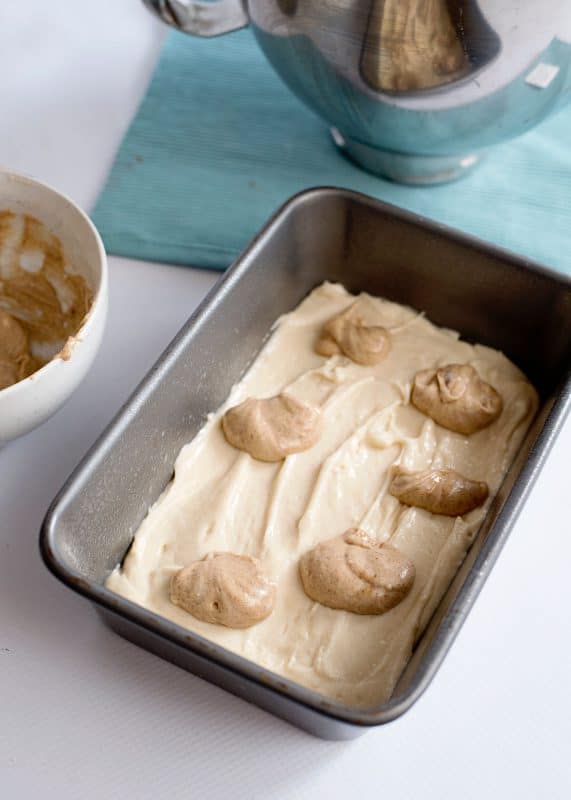 Top with half of the cinnamon batter mixture, dropping in spoonfuls over the top. Use a butter knife to swirl them slightly into the batter. 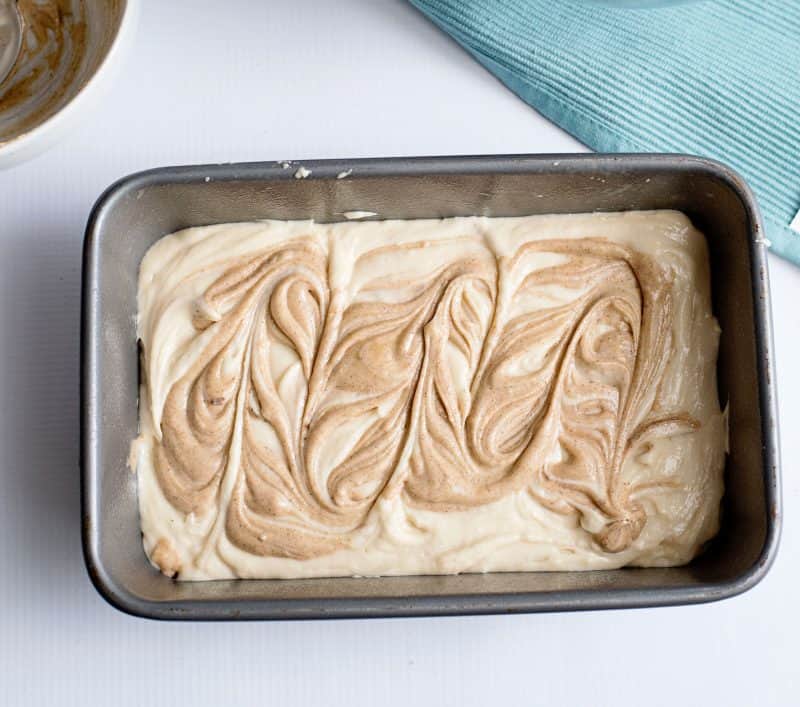 Bake this at 350 for 40-45 minutes, or until a toothpick inserted in the center comes out clean. 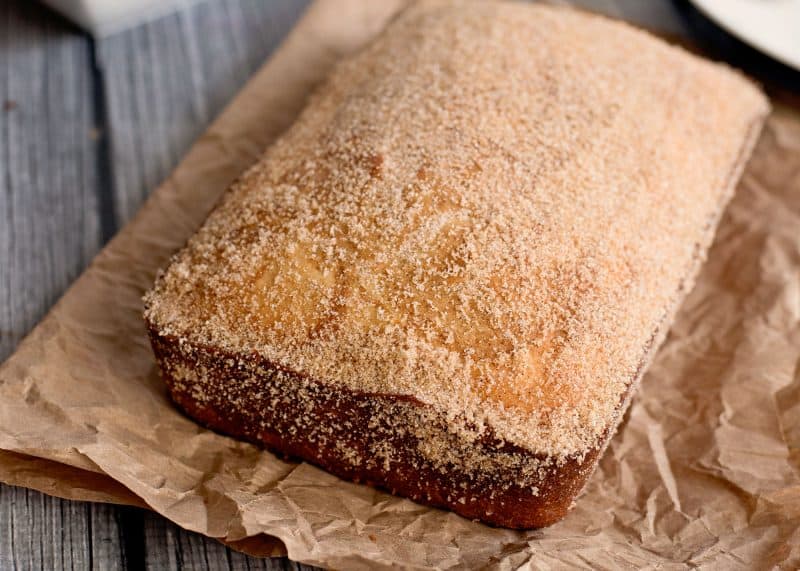 Allow to cool for ten minutes in the loaf pan and then turn out onto a platter, waxed paper, or a handy dandy bit of kraft paper. 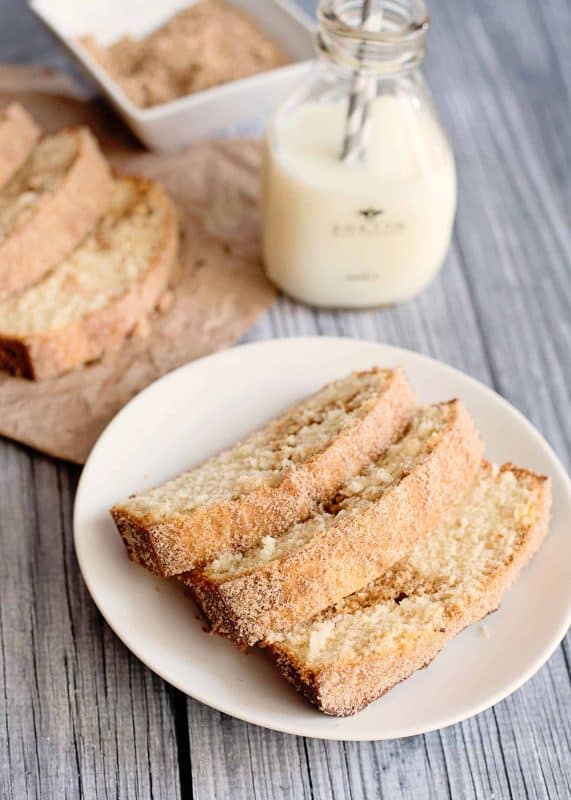 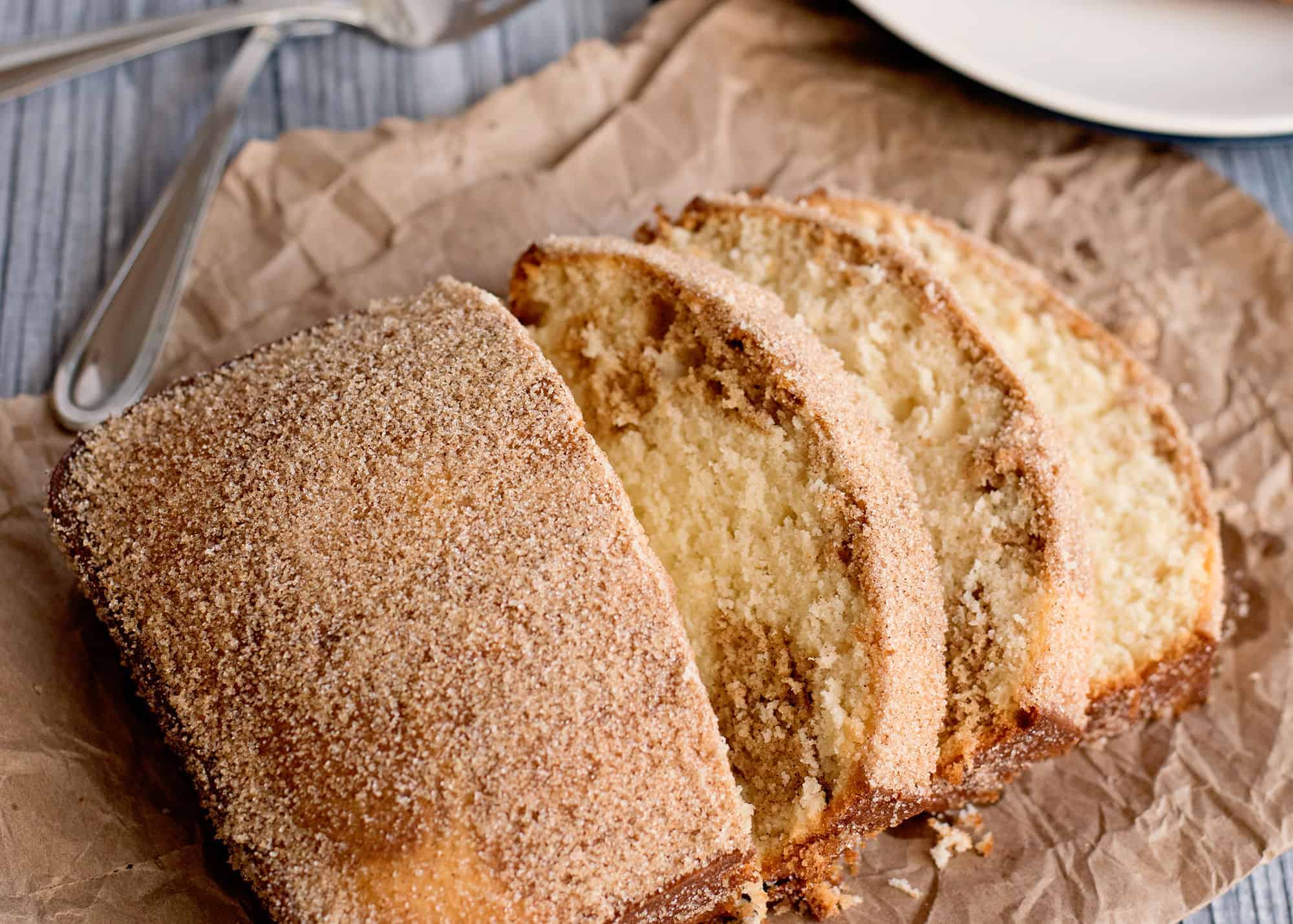 *The last couple of times I've made this I've started adding an additional 1 teaspoon of cinnamon into the batter along with the butter and sugar. It makes it even better!
Tried this recipe?Mention @southernplate or tag #southernplate!

It is during our darkest moments that we must focus to see the light.