I just love all of our SouthernSayings and talking about them never seems to get old. A few times now I’ve asked people to tell me their favorites on our Facebook page and that page lights up with hundreds of contributions, everyone tickled to get to talk about them and see what quirky sayings others have to contribute as we all walk down memory lane. So today I want to start that conversation on this post as a fun way of celebrating our silly Southern sayings and learning a few new ones we might want to work into our vocabulary. 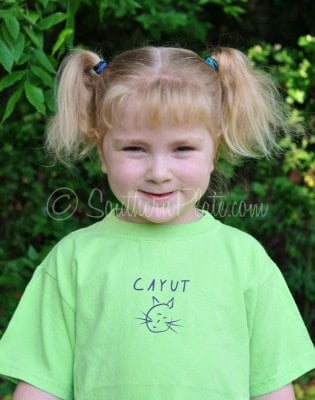 Katy Rose’s shirt in that photo is from Sweet Tea T Shirts and demonstrates wearing one of their shirts, that demonstrates the Southern pronunciation of “Cat”. Isn’t it precious? ~giggles~

They’ve got a whole passel of t shirts with different sayings such as “Ah’m bout to burn up!” or another one of my favorites “Who’s pluckin’ this chicken, you or me?”.

So I’m gonna step aside here and let y’all have at it. Leave your favorite Southern Saying below and if’n ya see one that don’t make no sense feel fre to ask what it means by replying to it. This hyar is gonna end up being a Southernisms 101 of sorts and we’re all gonna have fun with it! I can’t wait to see what you have to offer! 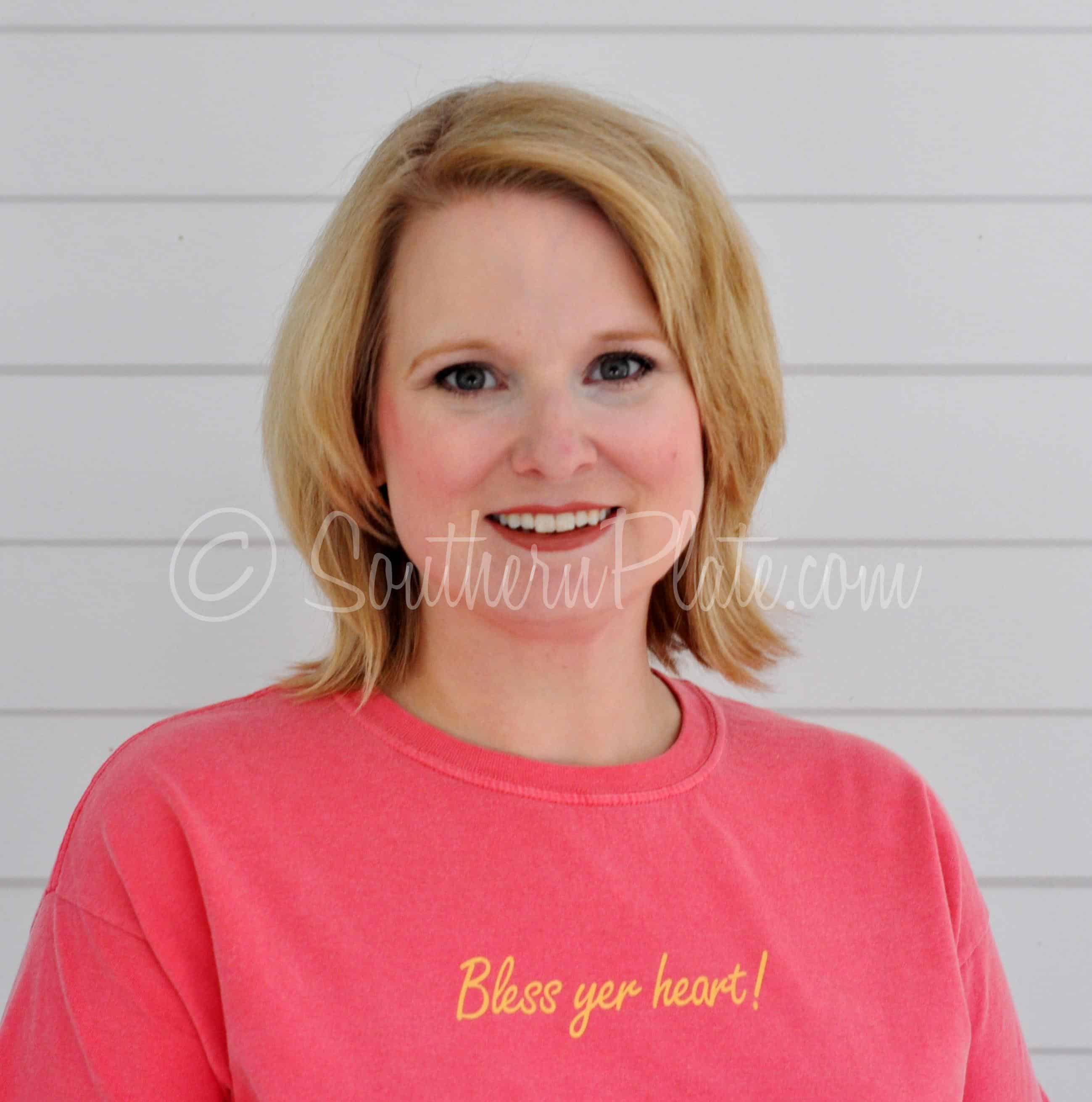 I want to start by saying YES, Bless your heart CAN be a good thing. In fact, I’ve heard it used more often than not in situations where it really is a good thing. If someone is going through a rough time or suffers a loss, you’d hug them and say “Bless your heart” as a show of compassion.

Another catch-all phrase you are likely to hear before too long in the South is ‘Lord have mercy’ in any of many different enunciations; it’s a hugely versatile term that can mean nearly anything if you give it the right inflection. ‘Butter my biscuit’ is a close runner up; although it is generally used to impart surprise, you can get a lot of mileage out of it for other purposes as well. 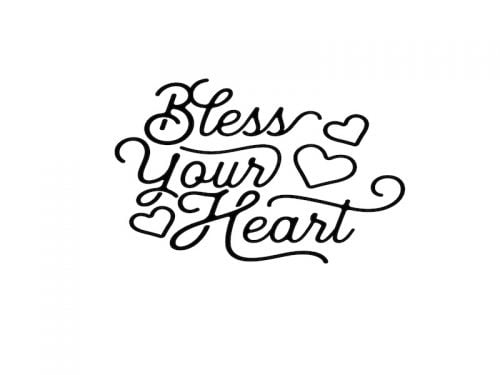 Besides that, you guys have laid down a proper fusilade of responses, enough to warm any Southerner’s heart. It’s people like you that make me proud to live past the Mason-Dixon line, and I hope that you stay that way for good and always.

I’ve been trawling through some of the responses here and there’s turns of phrase that I thought had been forgotten; shucks, there’s even some I didn’t know myself. Let’s see what kind of Southern culture you folks wanted to bring to the world!

Ain’t nothing more Southern than a good old stick-shift pickup, so I think that I’ll give you a few automotive selections before anything else. For instance, that thing you push to get the gas going is called a footfeed, and the dimwit that just passed you illegally is riding a hawg or Harley, not a motorcycle.

You may have seen people doing some foolish things on Southern country roads – that;s fine, they can stick their arm out the car window as long as they don’t cry when it gets knocked off. If they do, then to heck with them and the horse they rode in on.

It takes someone dumb as the turnip truck they fell off of not to know that Southerners are farmers by breeding, training, and choice, and that means that you’re going to see a ton of agricultural terms thrown around in Southern slang. Someone might be stubborn as a mule, working like a horse, or plain old dog-tired after a long day.

If you need to work out a deal, it might be time to squat down on the horse blankets and hammer out all the bits that are finer than a frog’s hair; if you’ve got an idea of how to do something, you’ll probably have a bee in your bonnet about it. A little birdie might ell you something you would otherwise not know, and if you’re doing something you’re good at, you’re either holding back or going hog wild.

Speaking of farming, you’ll need some soil to plow, and real Southern parlance knows just wher to come by it – it’s not uncommon to hear that if dumb were dirt, a particularly dull individual would be an acre or two. Feel free to adjust the size of the field to suit the individual in question; some people need more than just an acre to really get your point.

Not for nothing is the South called the Bible Belt; hang out there long enough and you are almost ertain to hear a fair amount of religious terminology. You’ve already met ‘bless your heart’ and ‘lord have mercy’; other common themes include ‘on God’ to indicate commitment, ‘Good lord willing and the creek don’t rise’ to limit that commitment,  and ‘from your mouth to God’s ears’ to say you hope you will be able to fulfil that commitment nonetheless.

When people get angry, some of them throw a ‘hissy fit’; others will simply mutter ‘fiddlesticks’ and move on. If you’ve really offended someone, chances are they’re fit to be tied; if so, just telling them not to get their britches in a wad is probably not going to cut it. 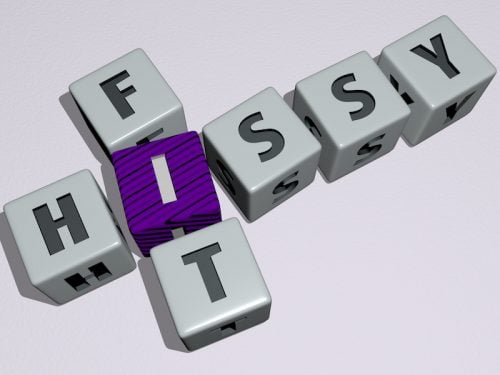 Someone who is crazy can be said to have gone off their rocker, or possibly have gone around the bend; no telling what they’re fixing to do. You might need to call the law on them if they get too rowdy; don’t be afraid to give the station boys a ring, even if the miscreant is only knee high to a grasshopper.

There’s plenty of Southern folks who think they’re tough, and lots of northern types that say some mighty hurtful things about their countrymen. The best advice the South has for either one tends to be that i you’re going to be stupid, you’d better be tough as well.

Of course, we wouldn’t be doing justice to the South if we didn’t mention it’s unique cuisine – the Southern kitchen is so important to its culture that some things have made their way from the kitchen range into normal conversations. If someone is starving to death in the dining room, you might want to brew them up something hot or give them a little something to tide them over.

If it’s hot out, don’t forget to offer them some coke – that’s any fizzy drink, not just the brand-name Coca-Cola. If you’re out in the fridge, remember to check in your cellar before heading off to buy more.

Family is important in the South too; as they say, Southern blood runs deep. You’ll be hard put to find even a single Southerner who can’t recall their grandparents asking for ‘some sugar’ – that’s a kiss, for you northern folks – and there’s plenty of effort that goes into making sure that kids get brought up right.

People don’t go broke much in the South – they get skint instead. Most likely they let themselves get talked into doing things for a Yankee dime – that’s also a kiss, just by the by, and don’t let anyone tell you different.

You can’t very well end a piece about Southern talk without mentioning what has become, arguably, the most iconic piece of Bible Belt parlance – y’all. In the same way, many other contractions and accents have become part and parcel of the way the South speaks, and if that ain’t true, then grits ain’t groceries and eggs ain’t poultry.

That’s just a small selection of all the great Southern idioms that you guys have poured into this page. If y’all think I missed something, feel free to put into the comments section; if you see a term there that no one seems to understand, please, share your Southern pride and define it for us. Catch you later, hun – bye now!

“You think I don’t have culture just because I’m from down in Georgia. Believe me, we’ve got culture there. We’ve always had sushi. We just called it bait.”

My favorite southern sayingid without a doubt “Bless your Heart” because even though it might be being used in a not so good way it still is full of southern manners.

My dad says, “I’ll be dadgummed.” I think it’s the Southern Baptist verson of the “d” word. A “stob” is a stick poking up from the ground, and a “footfeed” is a gas pedal on a car.

If that ain’t the truth, then grits ain’t groceries and eggs ain’t poultry!

My favorite is Don’t write an alligator check with your mouth that your hummingbird @$$ can’t cash. 🙂

My stepmother used to say,It will be to wet to plow. We never knew what she meant but we knew it wasnt good!

If you plow while the ground is wet, it will dry hard as a rock.

Mama used to say, “Go on…stick that arm out the car window, but don’t come cryin’ to me when you get it knocked off!”

Let’s see, it’s hard for me to choose between:

It’s entertaining to read all the sayings on the SP page. I have nothing to contribute though. 🙁

Su, you just wait until Christy has a whole SP post dedicated to Australian sayings….then you can tell us all the ones that you know. ~waves to you~ Bye now.

ooh Su, give us an Australian saying!!!

Su
Reply to  The SouthernPlate Staff

Now there are plenty of “Aussie” sayings but I don’t use them cause well, they sound stupid. lol

My favorite is “It’s about to come a toady-turner!” Even though my husband was born in Texas his family is from St. Louis and I have to explain this one every time I say it!