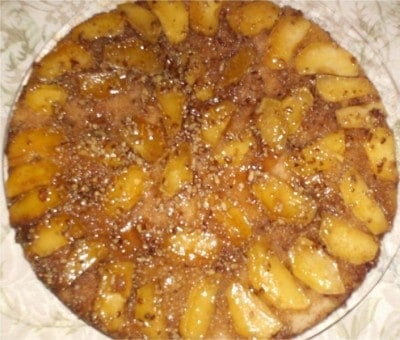 This is an Apple Skillet Cake from my husband’s grandmother, Granny Jordan. I have written a little about Granny Jordan before when I posted her Frozen Cranberry Banana Salads, but I won’t miss out on an opportunity to praise her further!

Granny Jordan was the quintessential southern lady in absolutely every fashion. She collected recipes which she kept meticulously organized in card files in her pantry. Each time she would use a recipe she would remove the card and note on it the date she made it, who she served it to, and how it turned out. Her reviews usually consisted of one word: “Good”, “Okay”, and sometimes “very good”.

We lived in her house for a few months after she had passed away and I took the time to thumb through all of her wonderful recipes. Among the entire lot of them, only one card had the rating of “BAD!”. What struck me as funny was that Granny Jordan, even though she actually wrote the word in all caps with an exclamation point and underlined it three times, had still put the card back into her little file in its proper alphabetized place.

Just in case you are wondering, this recipe was rated “Very Good” by both Granny Jordan and everyone else I have served it to since her passing.

This cake is positively infused with flavor. The texture is ultra tender and and moist. Visually, it is every bit as appealing as it is taste wise. Apples glazed with butter and sugar arranged over the top with a generous sprinkling of pecans and when cut, the interior of the cake is speckled generously with cinnamon. As I was taking these photographs, my husband asked in a small and hopeful voice, “We get to eat that when you’re done, right?”. 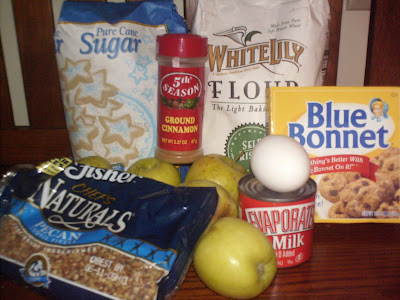 You’ll need: Sugar, Apples, Cinnamon, Self Rising Flour, Evaporated Milk, Egg, Margarine, and Pecans!
Have you ever had anything with evaporated milk in it that wasn’t good? I didn’t think so! 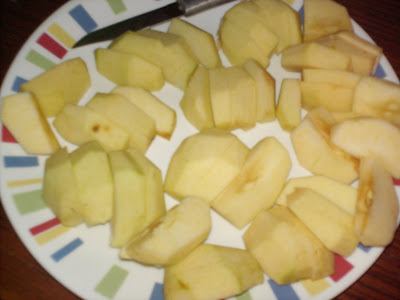 Peel and slice your apples. 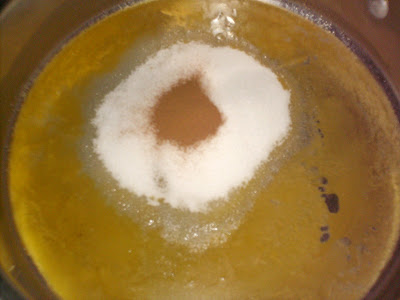 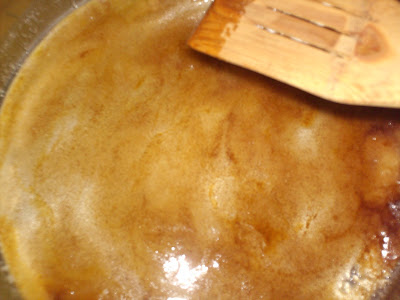 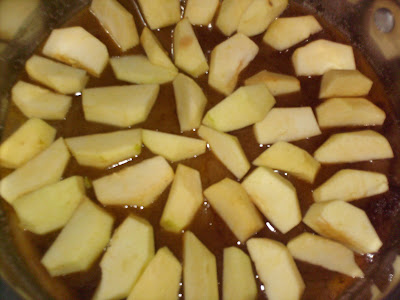 Arrange apple slices in a pretty circular pattern on top of melted butter/sugar. 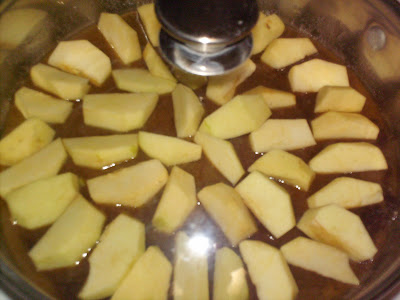 Cover with lid and cook on medium heat for ten minutes. 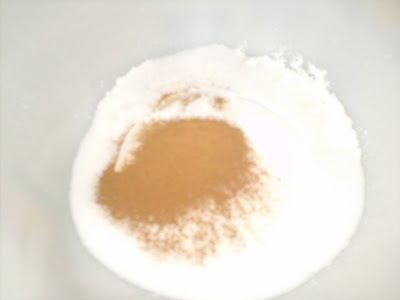 Meanwhile, place flour, 1/3 C sugar, and 3/4 tsp cinnamon in a bowl.
Stir that together. 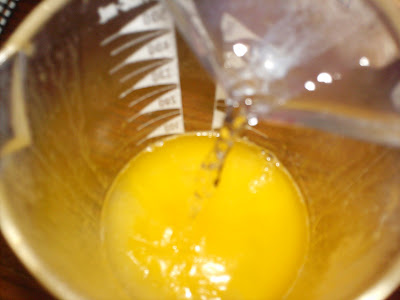 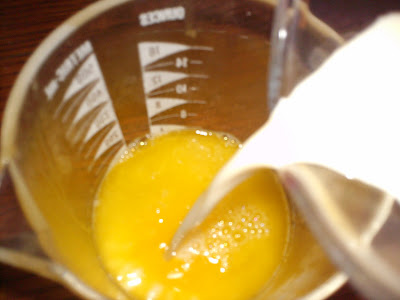 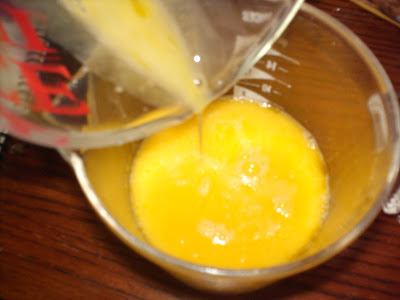 and WELL beaten egg. Stir that all up. 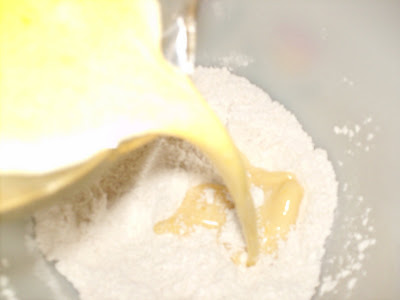 Pour into dry mixture and stir until moistened. 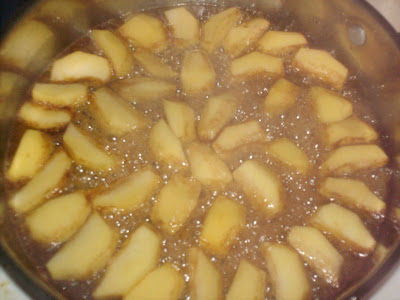 Take the lid off of your yummy apples which have been cooking for ten minutes now. 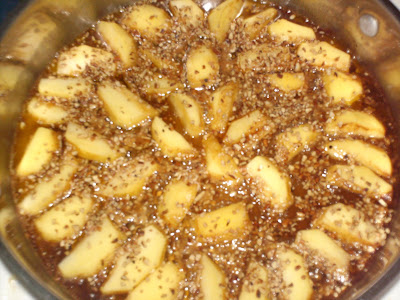 Sprinkle liberally with chopped pecans. I used about 3/4 C. 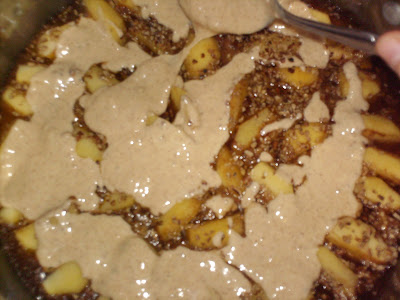 Spoon batter over apples in skillet. 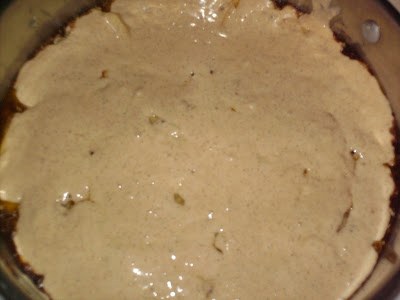 Until it looks like this!
Now, cover it with your lid and cook on low heat for about twenty minutes, or until firm to the touch. 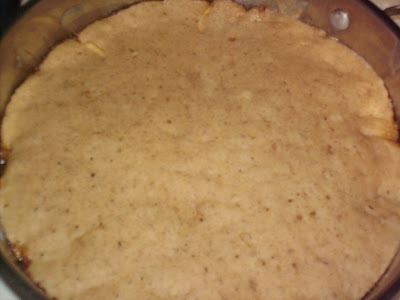 At which point it will look like this! You will actually have to touch it, you really can’t tell just looking at it that it is done.
Turn it upside down onto a large plate (try to center it better than I did!).
Isn’t that gorgeous? It tastes even better than it looks! 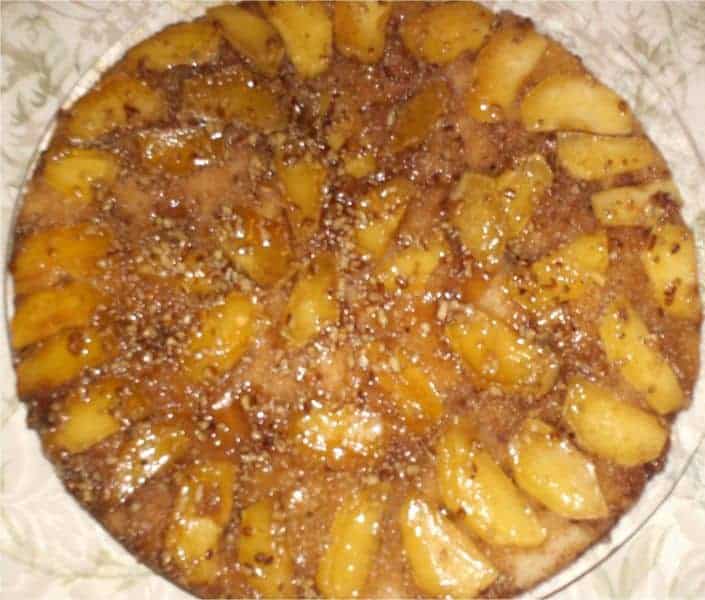 Most folks are about as happy as they make up their minds to be.

definitely going to make and take to our neighborhood holloween party!

Everyone is going to love you for it Pat!!

I have a hankering for baking and it is so hot in CA that I don’t want to turn on the oven! This recipe is just what I needed. Thanks for all you do, you are a great mama and wonderful writer/cook! All the best…

Looks great! What was the Bad recipe ? lol Thanks so much Christy

You’re a lifesaver! My oven decided to die after I cut apples for an apple cake. I’m so glad my efforts are not wasted!