I’m the one posting, but this tutorial was all done by Mama so I’ll let her voice take over from here! 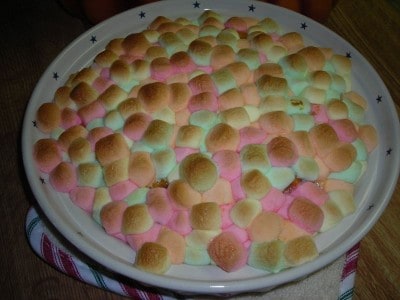 This was a favorite dish that I enjoyed as a child at Mama Reed’s. I watched her make it when I was older and then made it from memory after I was married.

My kids seemed to like the fruit flavored marshmallows best on it so that is what I usually use. This recipe was before anyone made the now classic sweet potato casserole with the streusel topping. It was just a dish that was made a little fancier by putting marshmallows on it. Sweet potatoes were something that was usually grown from the garden and available throughout the fall and winter.

When I got married(1969), sweet potatoes were only available in the grocery stores in the fall and winter. I remember someone telling me in the 1980’s that you could now get sweet potatoes year round in the grocery store and I was so excited. I had not noticed them because I took for granted that they were not for sale that time of year. That was just unheard of when I was young. Sweet potatoes were definitely a fall and winter dish that was looked forward to the rest of the year. 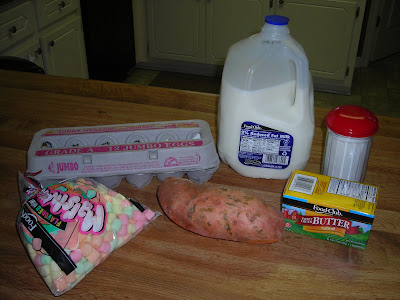 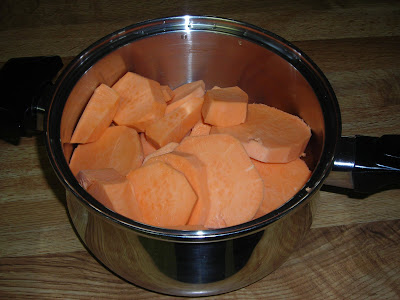 Peel and slice your sweet potatoes, put them in a pot. 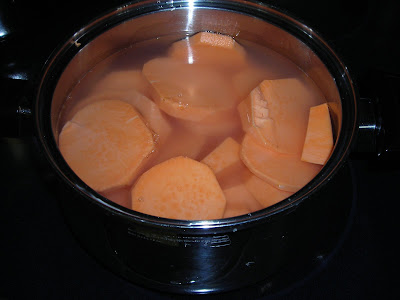 Cover with water and cook until tender. 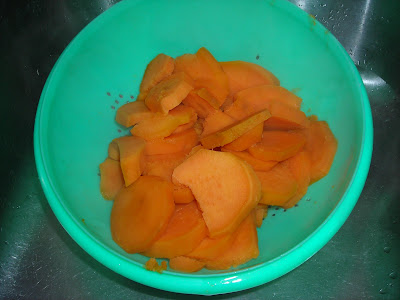 Drain in colander and return to pot. 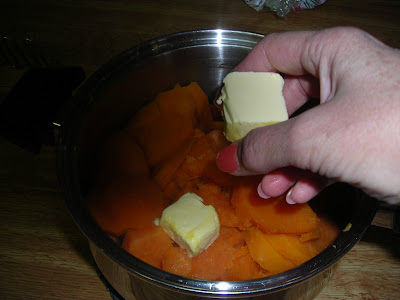 Add margarine…and remind Mama that her kitchen is actually darker than she thinks it is when she is taking pictures in there. She will then sigh and carry on about having to take all of the ingredients to her sunroom to photograph and you’ll tell her she doesn’t have to, that it’ll be alright – but next time she will. 🙂 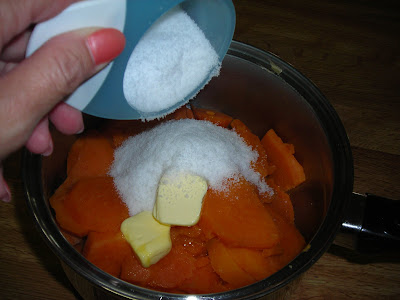 Add splenda or sugar (we use splenda these days) 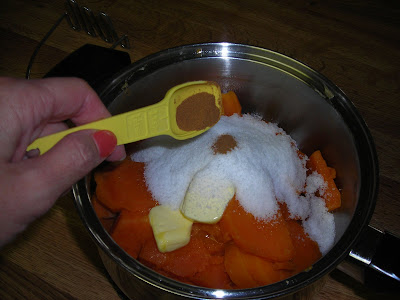 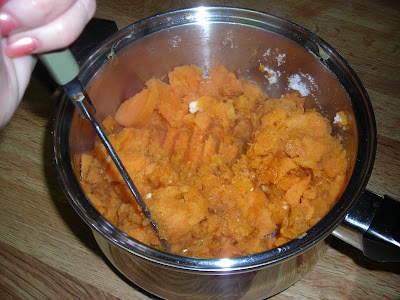 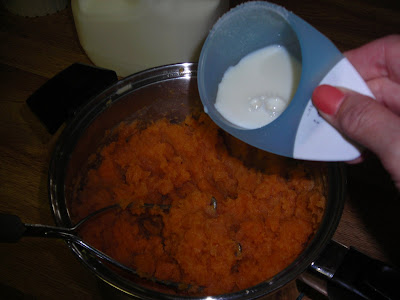 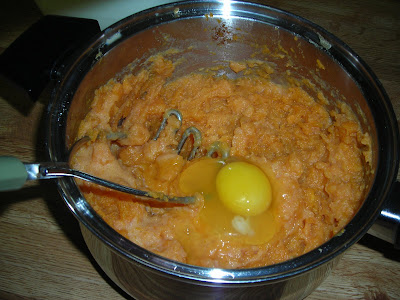 Add egg and moosh up again. You don’t want to add your egg right at the start because it will be so hot that your egg will cook up and get all white and….eggy. If you add it at this point, your mixture had cooled enough that it won’t cook it right away but you still need to moosh it soon after putting it in. 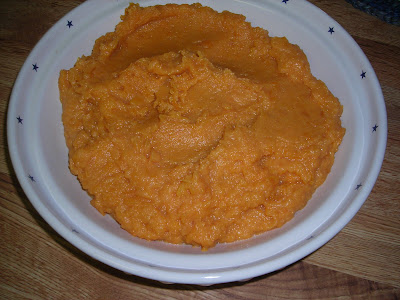 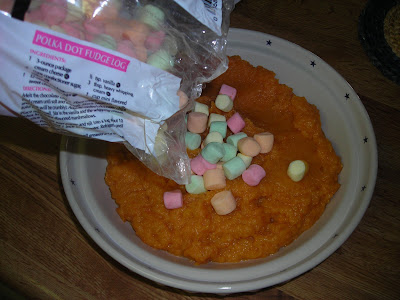 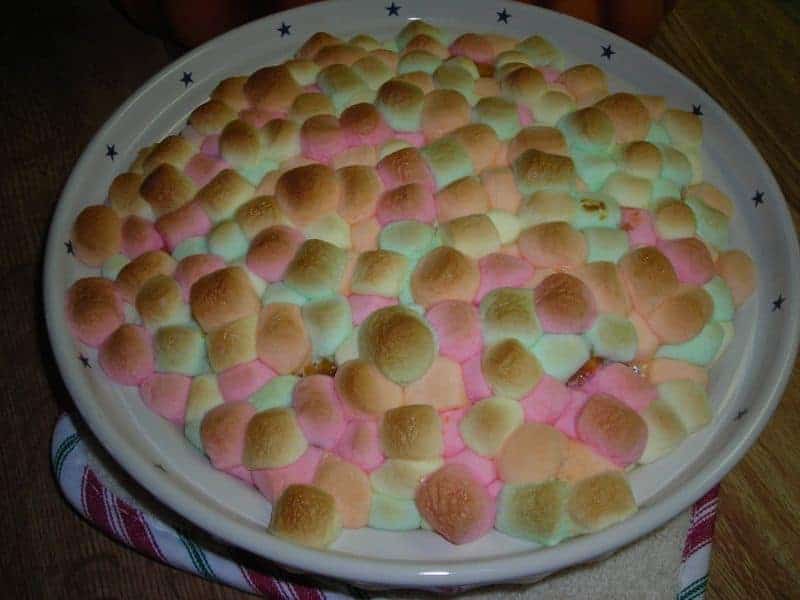