If you’re searching for a homemade mashed potatoes recipe with a difference, you must try these mashed potatoes with evaporated milk. A Southern specialty, they’re richer in flavor, creamy, and the perfect side dish. 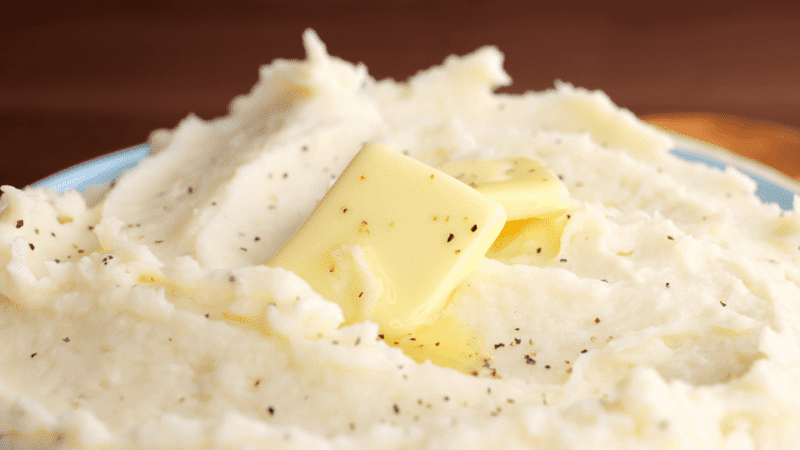 Classic mashed potatoes are the perfect comfort food, aren’t they? My family always insists my grandma make a big batch whenever we visit for dinner. That’s because she makes her mashed potatoes with evaporated milk, which makes them that much more fluffy, creamy, and delicious.

Evaporated milk made its first debut in Illinois, but it took off like wildfire as soon as Southerners discovered it. Due to our overwhelmingly hot climate, milk spoilage was a particular problem in this area of the country, and having shelf-stable milk that would keep even in the summertime was almost too good to be true.

You should also keep reading as I share how to perfectly boil and mash your potatoes for the best homemade mashed potatoes you’ve ever eaten. Enjoy! 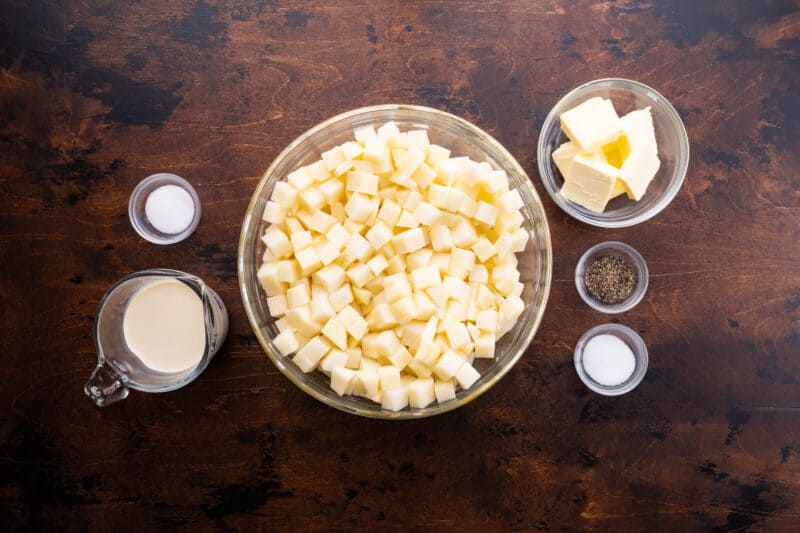 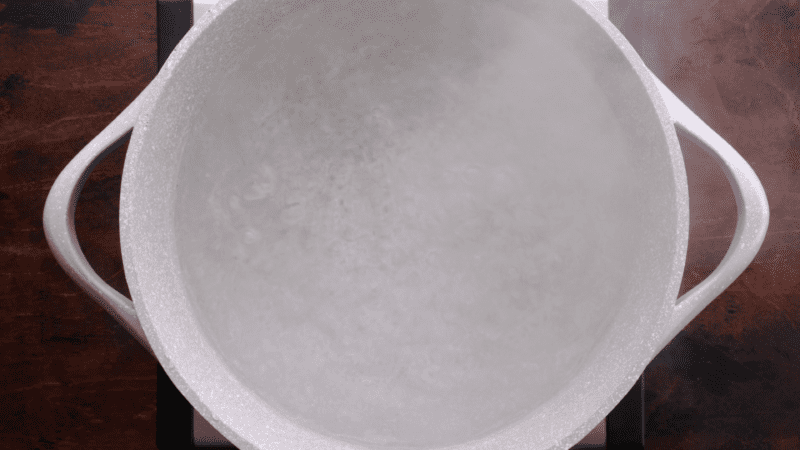 Put a pot of water on the stove and turn it on medium so it can be getting good and hot.

Add about a teaspoon of salt to the water. 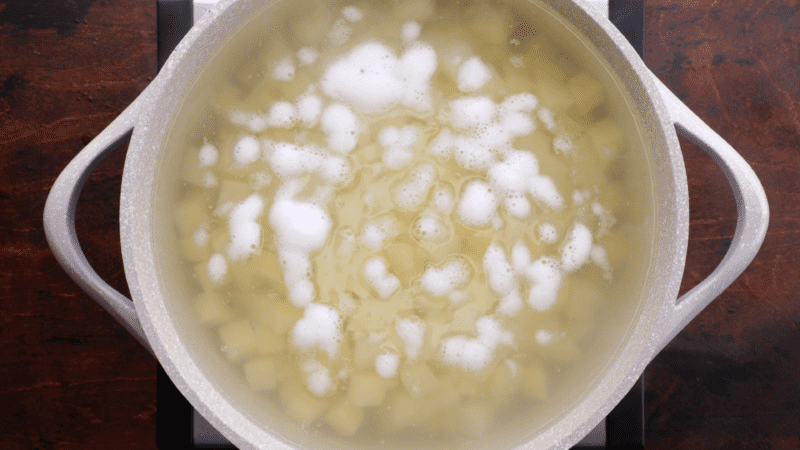 Add potatoes and bring water to a boil.

How long do you boil potatoes?

You want your water to be gently boiling the entire time the potatoes are cooking. How long you cook them here is key. My grandmother uses a pressure cooker to make her deliciously creamy homemade mashed potatoes. In absence of a pressure cooker, I use the old-fashioned method of cooking them until they cry uncle or about an hour or so. 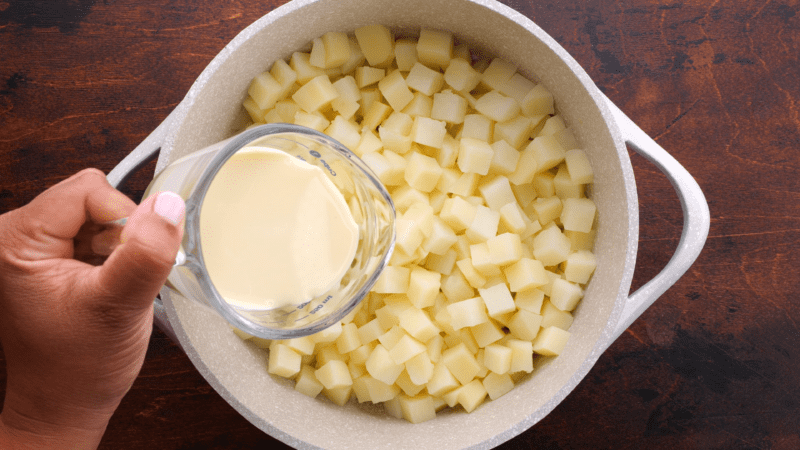 After they are done cooking and fork tender, drain potatoes and put in your entire can of evaporated milk. 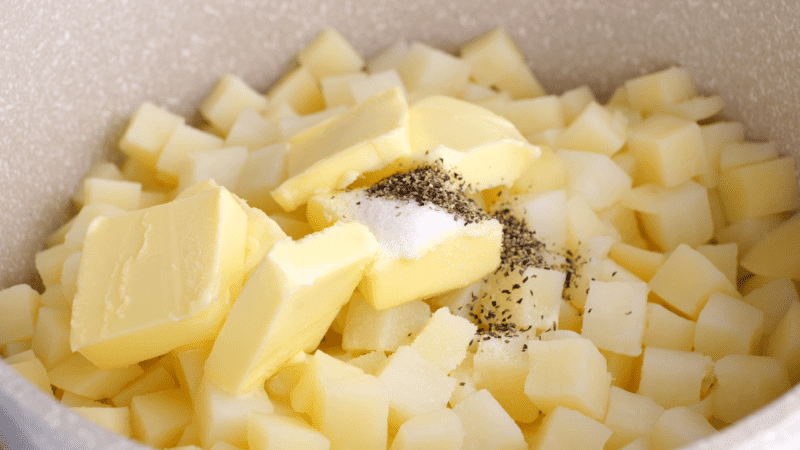 I know it may seem like a lot of butter but honestly, can we ever have too much?

You can use real butter if you’re not as cheap as me.

Add another teaspoon or so of salt.

This is to taste. I prefer to under season my food if I am going to be serving it to company because this allows them to season it to their taste rather than have to eat it according to how I prefer it. I know many people who prefer very little to no salt and many more who prefer twice as much salt as I do!

Finally, add about 1/2 a teaspoon of pepper.

There is such a thing as white pepper which will not leave dark specks in your mashed potatoes if those bother you. 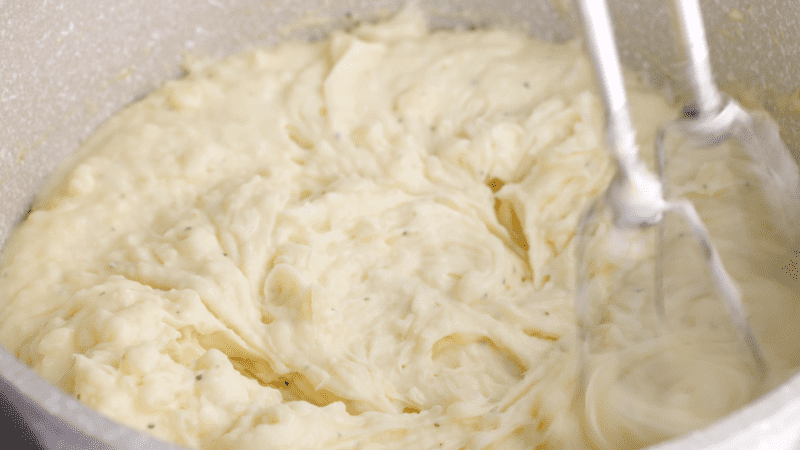 Now just use your hand mixer and beat the living mess out of everything until it is smooth and creamy.

How to mash potatoes

For the perfect mashed potato dish, I like to do this with my stand mixer and let it run for a few minutes. If you are feeling lazy or just want mashed potatoes with a more “country” feel, you can just use a potato masher and do it by hand. A potato masher is this neat little device that I have two of and use for pretty much everything except mashing potatoes.

This is one of my potato mashers

, but I tend to use it for meatloaf mixing more often than not. I also have this waffle head potato masher 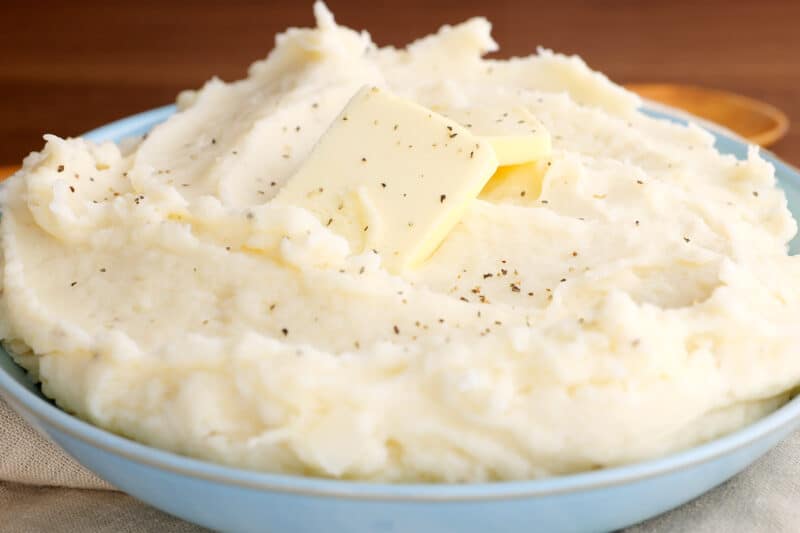 Serve your fluffy mashed potatoes straight away alongside other side dishes like butter beans, hush puppies, green beans, and fried okra. Enjoy!

Store leftover mashed potatoes in an airtight container in the fridge for up to four days. Reheat leftovers in the microwave. If you want to freeze your mashed potatoes, check out this recipe.

However, both evaporated milk and sweetened condensed milk are browner in color than regular milk due to the heat in the pasteurization process causing a slight caramelizing to the natural sugars. Evaporated milk is also great in macaroni and cheese. Just substitute regular milk for evaporated milk when you want that richer flavor.

What are the best potatoes to use in mashed potatoes?

The best potato variety to use in this mashed potato recipe is russet potatoes, red potatoes, or Yukon gold potatoes.

Check out these other marvelous mashed potato recipes: 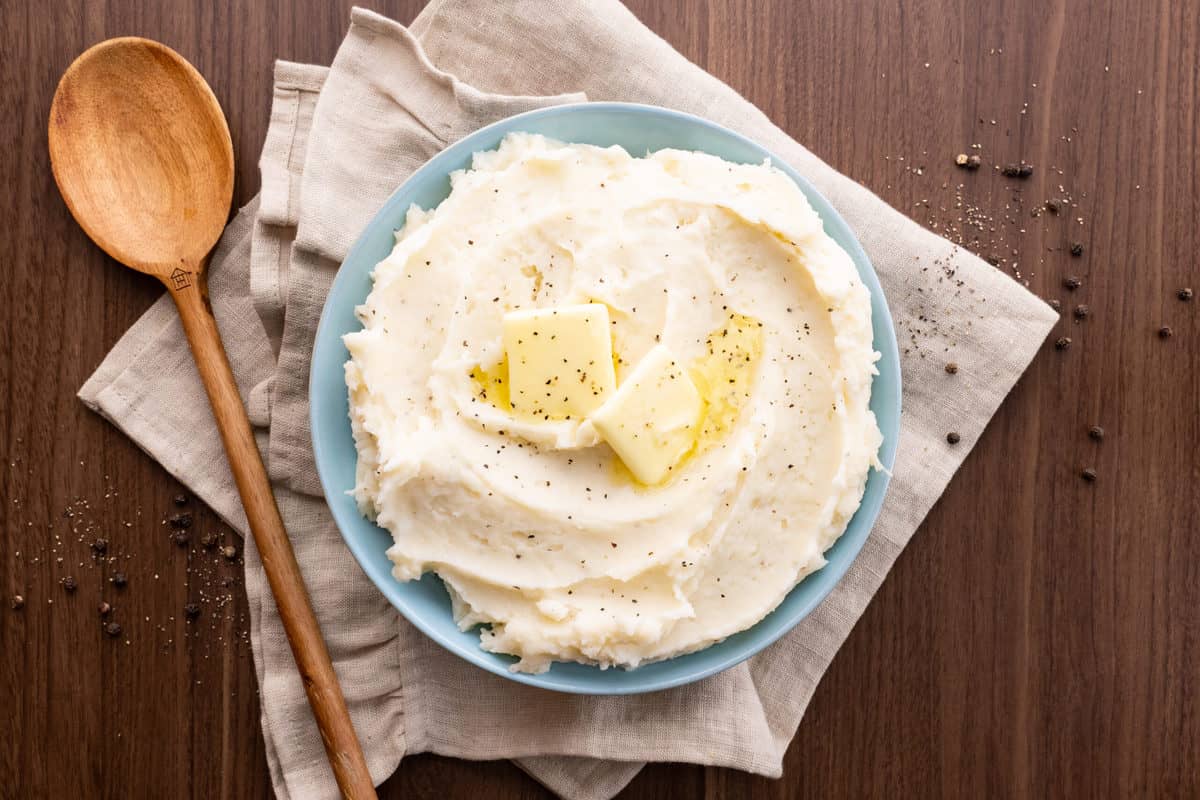 A Southern specialty, these homemade mashed potatoes with evaporated milk are the perfect side dish, with a rich and creamy flavor.
Print Recipe Pin Recipe
Course: Side Dish
Cuisine: American
Keyword: mashedpotatoes, potatoes

Do these taste as good made ahead?