Home » Pictures from the Cooking Show!

I had so much fun doing the Southern Plate Tailgate cooking show at UNA this past week. I had no idea it was possible to be as comfortable as I was up on stage with a mic talking and cooking with all of y’all.

Here are some photos from the show itself but you can’t see the really cool part! There was a series of cameras up overhead broadcasting onto a big screen behind me. They changed angles to show my face when I was talking, the bowls as I was mixing up ingredients, and close ups on the finished products. You know what is funny? I didn’t even know they were doing that until after the show! I sure do wish I could have seen it from the audience angle because I bet that was neat!

Here are some of my photos and some from family members that have posted theirs on Facebook. 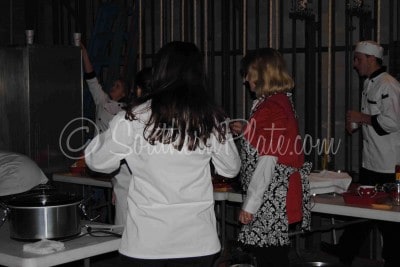 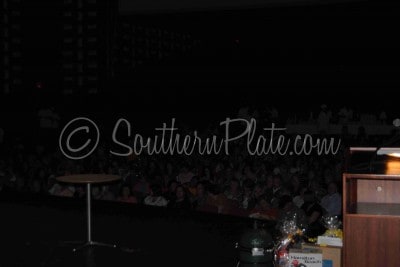 People actually came!!!! I was so excited. 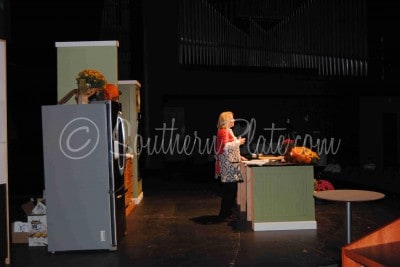 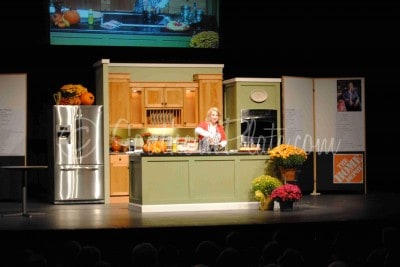 The interior design students and Home Depot built the set. 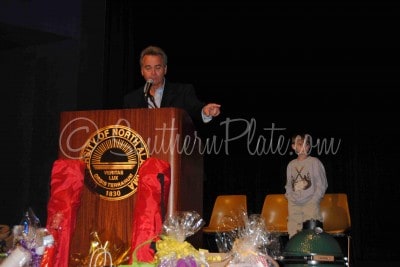 My daddy and Brady giving away door prizes. 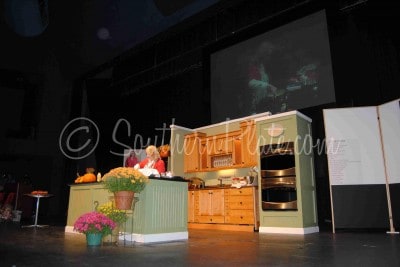 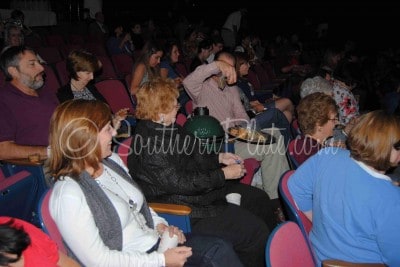 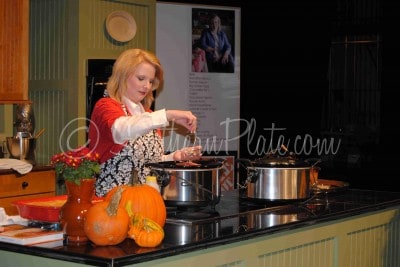 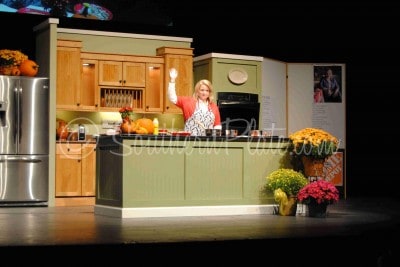 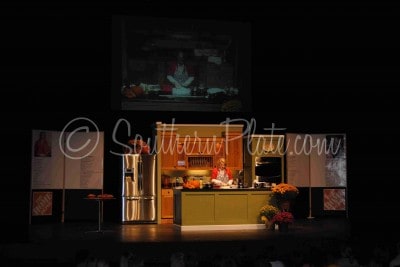 See how neat that screen is? 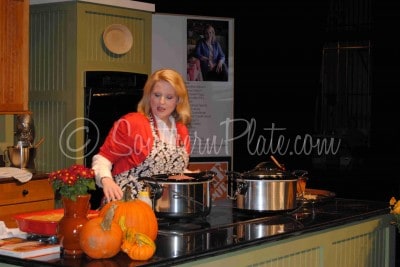 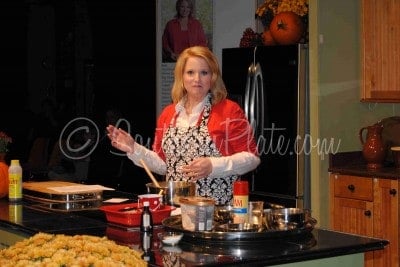 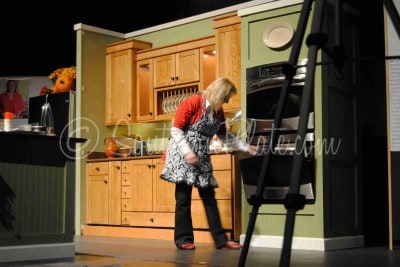 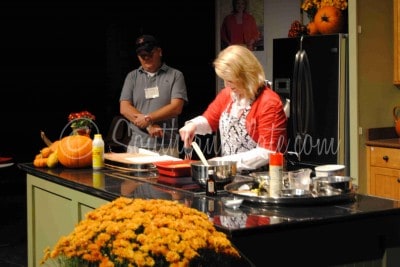 Mitch waiting for me to make a cookie sundae for him and his beautiful wife. 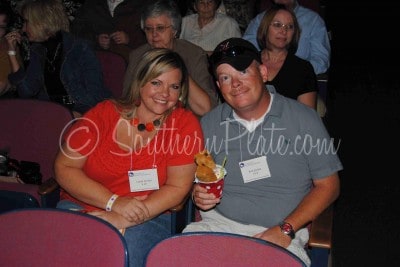 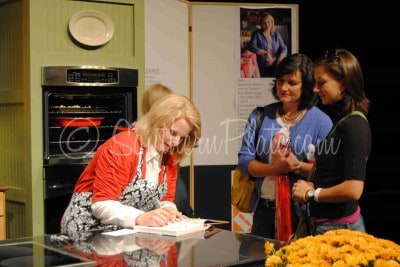 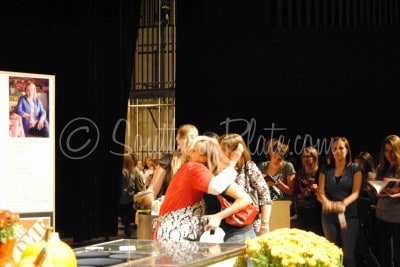 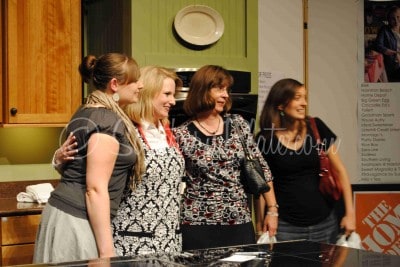 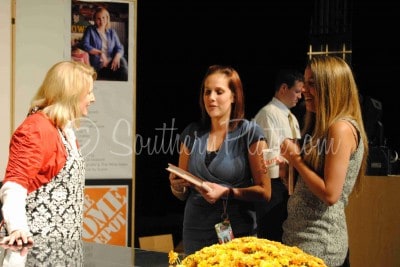 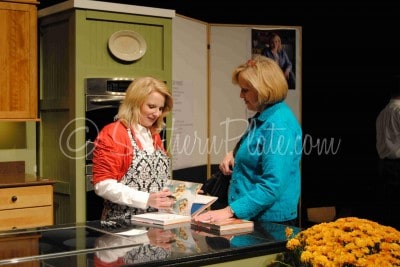 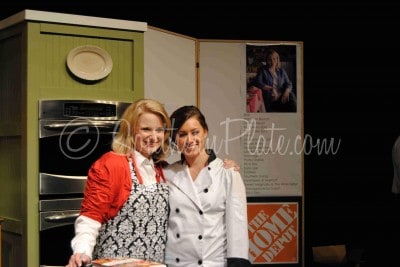 This is one of the culinary students who helped with the event! 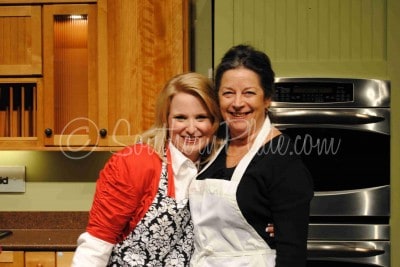 Me and Jane Wilson. Jane taught several of my classes at UNA and is the head of the department now. I was a young mother for most of my time at UNA and I spent many hours in her office comiserating over how hard it was to juggle being a mother with everything else. She has always been an inspiration to me. 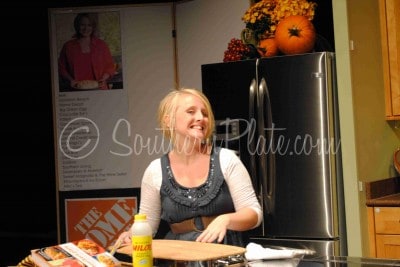 This is Jamie, she’s the sweetest, cutest, smartest, most savvy gal I ever knowed! 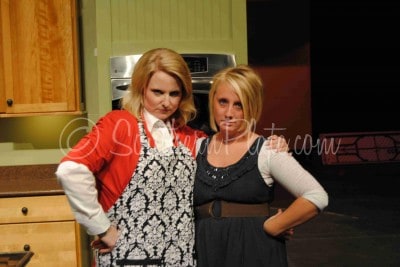 Since we were goofing off, they said “Now y’all be serious for this one” and me and Jamie both did this instantly. 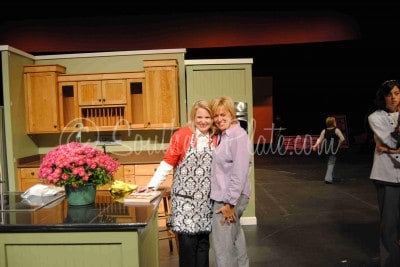 Me and Chris Horn, she is one of the heads at UNA who put so much work and effort into this show. She also let me hang out at her immaculate and perfectly decorated house a little on the day of the show. Thank you, Chris!

These were posted on Facebook by Stephanie, thank you so much! They came as a big old group- What a fun girl’s night out! 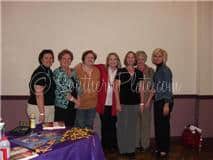 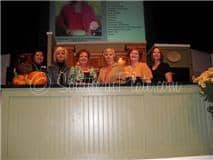 Congratulations Christy.
Looks like a fun show.
You have been so generous in sharing your great recipes and fascinating (to me on the other side of the world!) heritage and family life. Thank you. I’m glad to see that all your hard work and sharing is paying off.
Good luck and god bless you and your family.

PS I think your soooo brave getting up their on the stage like that.
Good on you!