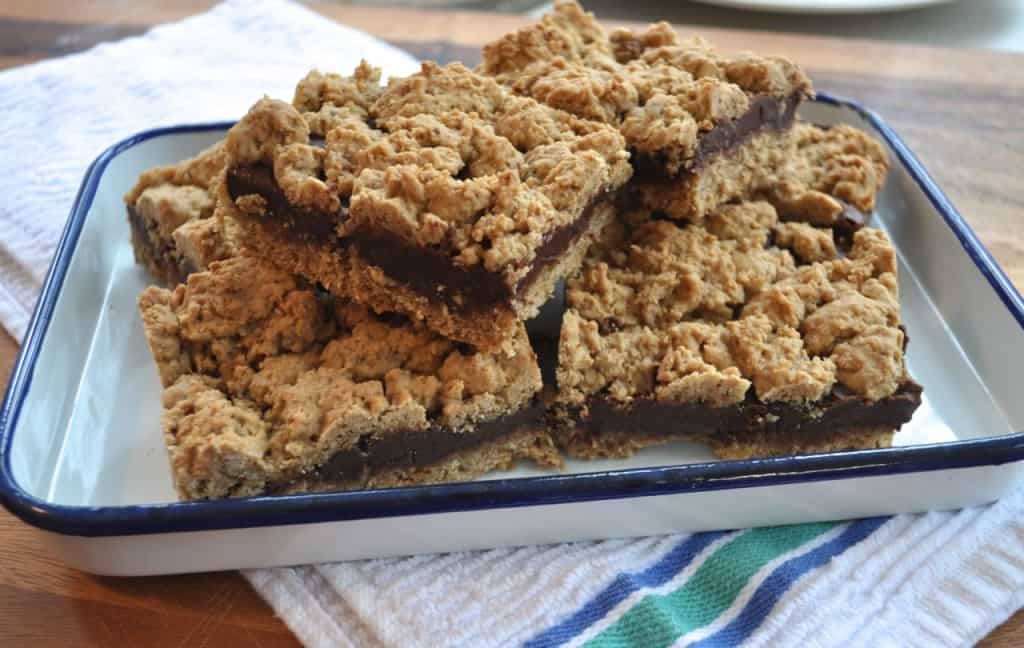 Lately I’ve finally gotten around to trying a few recipes I’ve had on my “must make” list for well over a decade, today is one of them. I first read about Revel bars shortly after I got married when I was reading an Amish romance. I’m pretty sure it was a Beverly Lewis one. If you’ve never checked out any of her books but enjoy reading, I think you’ll be very pleased. I love when I can read something just for the pure pleasure (not because it is required as part of my job) and come out of it with a little wisdom to add to who I am.

I don’t remember which book this was, but in the story the main character got her family out of the house so she could make these secretly as a surprise for her mother’s birthday. I remember thinking “Now those must be some kind of good.” I sure wasn’t disappointed.

The thing I like about them is that they are sweet in the center, but overall they aren’t knock-you-down sweet. Of course, with the hearty dough, they are filling as well, which is another thing I really like in my cookies and treats because you get into a lot less trouble that way.

I’m on a bit of a tight deadline this month with my book editing due soon and another big project that will be released this summer, so I’ll keep it short and sweet and give y’all the recipe 🙂 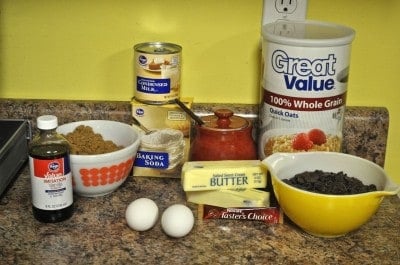 You’ll need: Vanilla (cheap is fine, if you want to spend more money for the real stuff and it’s just burning a hole in your pocket, that’s fine too), brown sugar (light or dark), sweetened condensed milk, baking soda, eggs, butter, salt, quick oats, chocolate chips, and if you want to, about a teaspoon of instant coffee granules.*

Note: I added in the instant coffee part in order to help me get my recommended daily requirement of caffeine. It was delicious and just added a hint of somethin’ somethin’ to the bars but all of the original recipes leave it out so you just do whatever is easiest for you here. The bars will be yummy either way. 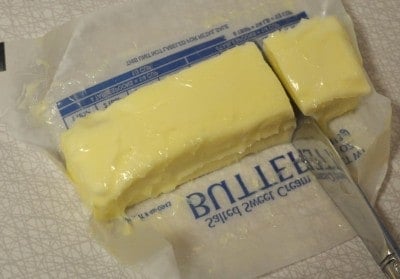 Before we get started, cut two tablespoons of butter from one of the sticks and set that aside to use in the filling later. 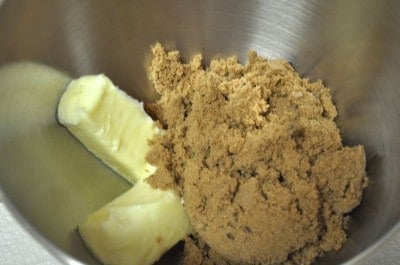 Place remaining butter and brown sugar in a mixing bowl and mix with an electric mixer until creamy.

Okay so I gotta tell you what I did last week. I know I said I was gonna keep this short and sweet so just skip over this part if you want :).

I’ve pretty much given up on American tv. I mean, we do soooo many things well in this country but the circus has taken hold of television networks and I decided long ago not to buy a ticket to that event. So other than Downton Abbey, reruns of the Waltons, Little House, and Dr Quinn, there isn’t a whole lot out there for me and you know I like to sit down and watch something from time to time (Update: I’ve quit Downton Abbey, too. Folks said I didn’t have a choice but to watch the last episode of season 2, but I actually do). So I’ve taken to watching Korean television. I know, that sounds really odd because if you had of told me a month ago that I would be watching television in which I had to rely on English subtitles to follow the story, I would have never believed you. (I usually find subtitles far too distracting) The thing is, Korean drama is really good and I’ve found a few other friends who love it just as much as I do. Okay, so seriously, if this is the first time I’ve seemed weird to you then you’re obviously not hanging out with me enough.

So I’ve been watching Korean television and I’ve picked up a few phrases, of course. Not my intent, but it just happens over time. I know a few Amish phrases, too, so imagine the fun I’d be at a party. Maybe I could pretend I was an Amish/Korean immigrant from the great state of Alabama.

Anywho, where I live, although it is in Alabama, is not nearly as densely populated with Southerners as other areas of Alabama. In Huntsville, we have people from all over the world and I’d venture to say that the majority of people who live in our area are not from our area, which makes for a neat culture settled in the middle of the Heart of Dixie. I was in Sam’s the other day and was going over a series I had been watching in my head, mentally writing possible outcomes and wondering where it was going to go next (I always mentally write shows I watch, I do that with books too), and some people walked by me talking. I heard them speaking in Korean.

In my head I thought “Oh my goodness, I’m losing my mind, now English sounds like Korean to me!” I breathed a huge sigh of relief when I realized they were actually… Korean. Whew. Christy’s last remaining brain cell is still holding on!

You can watch Korean Drama on HuluPlus and I think Netflix, too. I started with a series called “Faith” which is also sometimes called “The Great Doctor”. It will take some getting used to because of cultural differences, but I’ve just really enjoyed the shows I’ve seen so far. I’m on my third series now and generally watch two or three episodes a week. 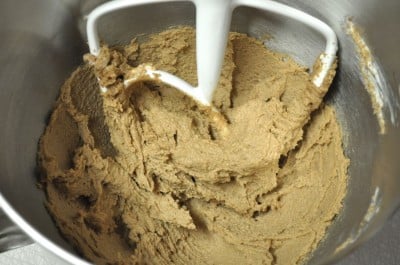 Once you got that all creamified, add in your other dough ingredients. 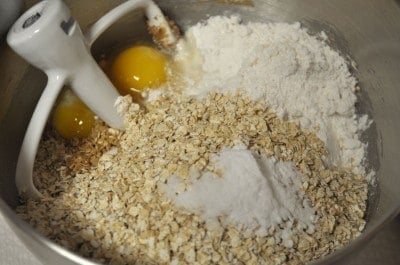 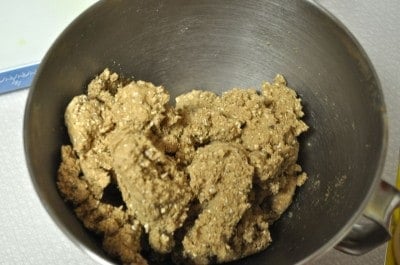 Beat the tar out of that until it looks like this. 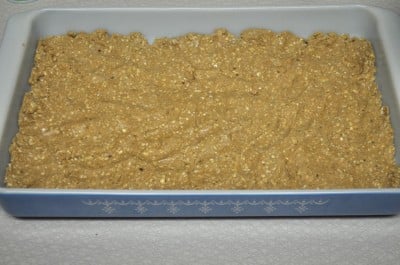 Pat 2/3 of that into the bottom of a 9×13 baking dish that has been sprayed with cooking spray.

This is really easy to pat out if you wet your hands first because that keeps it from sticking. 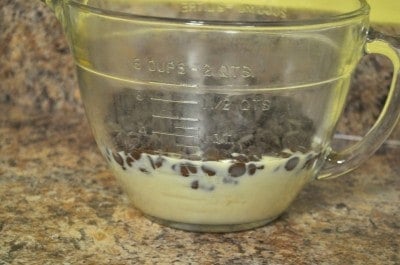 This bowl is old as Methuselah and starting to show it. 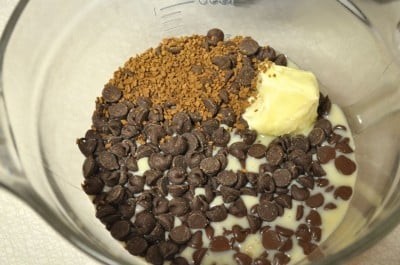 Here is a top view of the bowl, in case you just really wanted to see it.

I did this post during our little Alabama Monsoon, where it rained for nearly a week straight. I try to do posts on sunny days so the pictures turn out better but after waiting three days to make these, I finally gave up and got to work.

Melt all of this in the microwave, for about thirty seconds at a time, stirring after each interval, until it is smooth and creamy 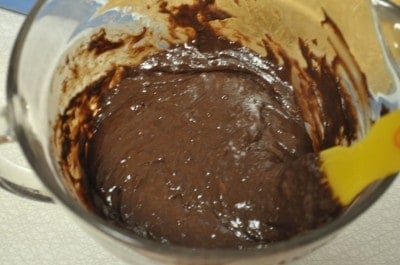 Until you’re tired of fooling with it.

I love being able to say that. We’re not going for perfection here, we’re going for something that will taste good and it’s amazing how many recipes aren’t nearly as picky as recipes make them out to be.

Stir it up really really good if you added the coffee granules so they will dissolve in there.

Be sure you don’t use coffee, just the granules, because the water in the coffee will cause your chocolate to clot and become one big old mess. 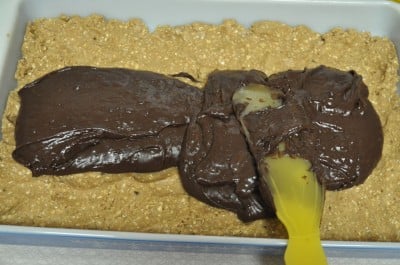 Spread that over your crust. 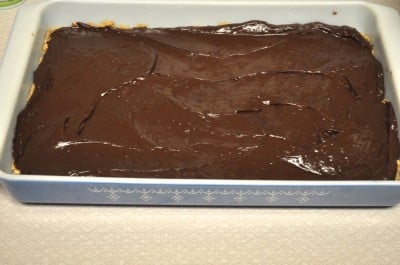 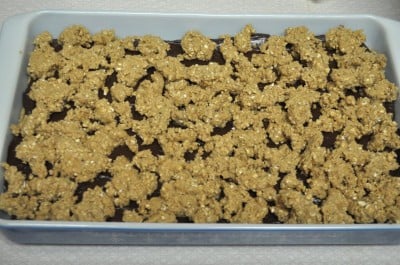 Sprinkle the rest of your dough batter on top. I break off little clumps and just drop it over the chocolate until I run out. 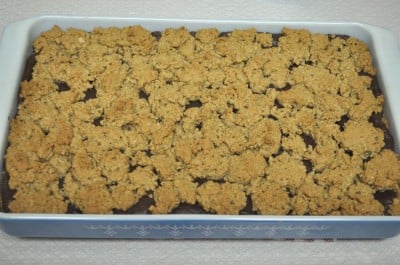 Allow to cool completely before cutting into bars. 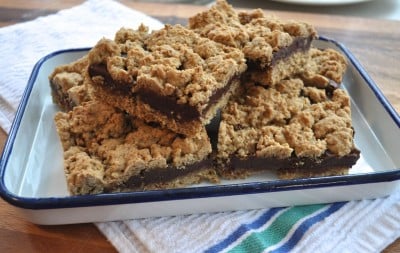 These travel really well and are perfect treats to send to work, school, or as gifts for friends.

Of course, you’ll need to sample a couple yourself first. ~grins~ 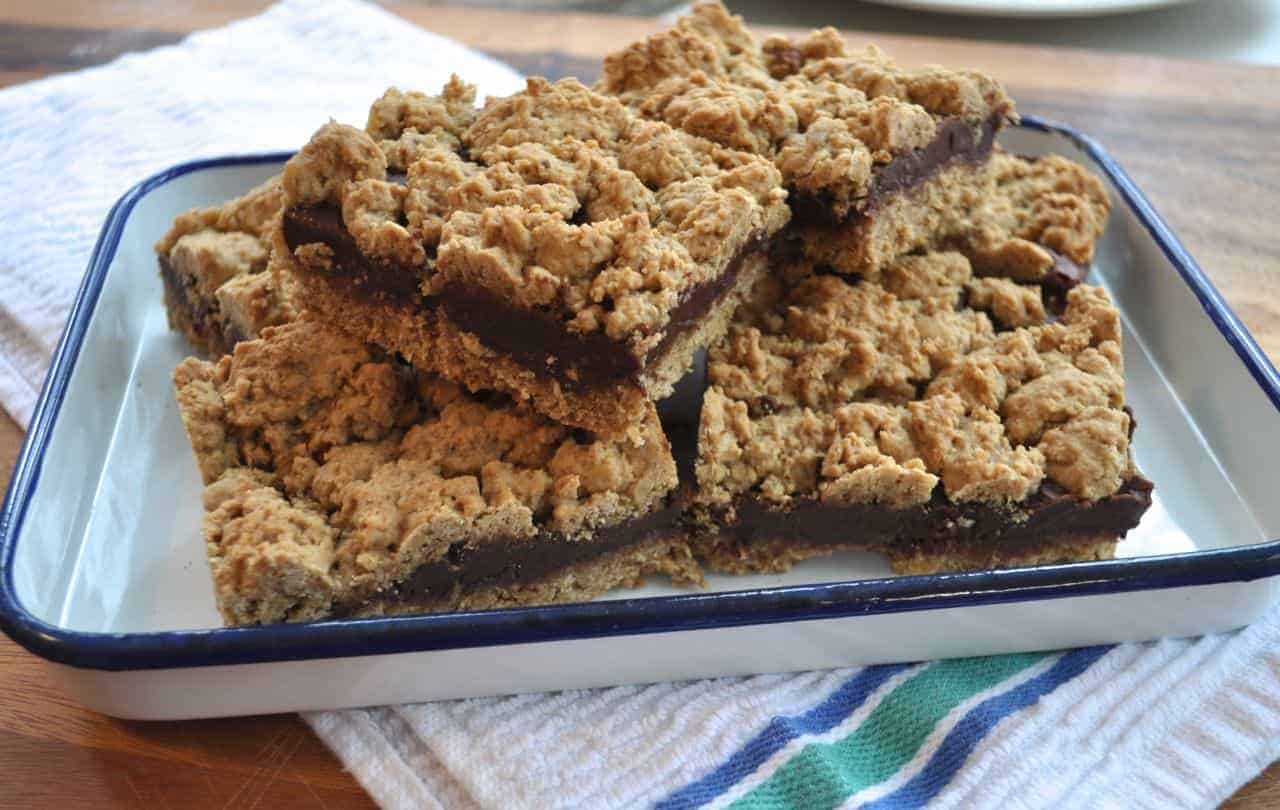 These travel and pack well.

Advice is what we ask for when we already know the answer but wish we didn’t.

Christy I do not know since this is older if you will get this. But one of mine and my daughters favorite series if the Love Comes Softly series. They are about a christian life back in the old days of the west. the trials and tribulations and how with God you can overcome. They were originally produced and filmed by Michael Landon and put on Hallmark after his death his son continued the series. A lot of great christian messages taught while enjoying the movie. We bought our DVD’s at Mardels. I will be making these bars as soon as I return from Wally World with my oats. I have everything but the oats. Its ok though I was going to get a few things and also the stuff for your copycat potato salad.

Oh, thank you Marsha!!! I am going to have to look for that series!!! I hope you enjoy the bars, have a few bites for me please!!

I’m running for the kitchen now!

These bars were cooling on my counter when I saw your post. I made them from Joy of Cooking (1984 printing) entitled Chocolate Oat Bars on page 702. Maybe that’s where Beverly Lewis found them.

I’m sure they’ve been around much longer than joy of cooking, but it’s great to know they’ve spread so far! Good things should do that 🙂

Would you please consider praying for the female inmates in our Catholic ministry at a women’s prison? Some of the inmates convert to the Catholic faith while in prison and one in particular was baptized into the faith 3 years ago. She is desperately trying to change her life and was released to a halfway house with just the clothes on her back. Please pray for God to help her find a way to go to mass and to find support within the local Catholic community.

I make a recipe close to this but mine calls for raisins to be added to chocolate mixture. They are great, I think I will try your recipe and see how I like it. Thanks for all the hard work.