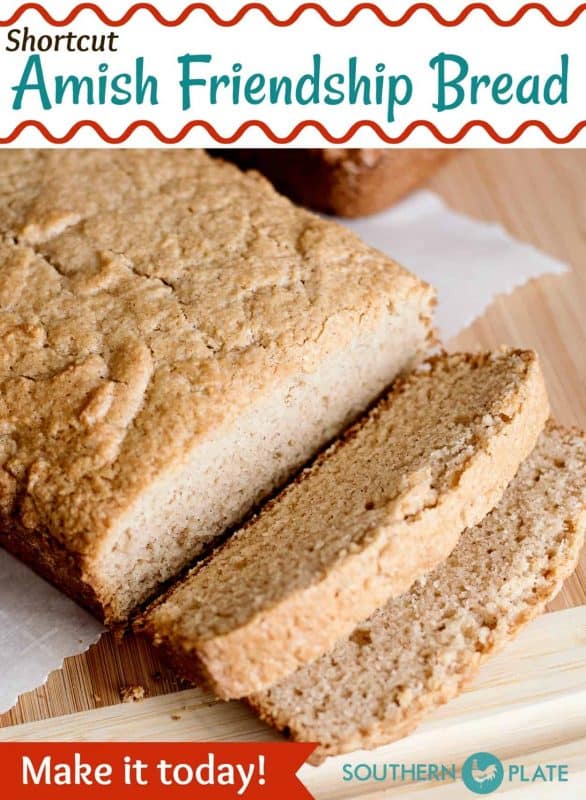 This is one of those recipes where we really need Smell-o-vision, and Taste-o-vision, and maybe a little door in your computers that you could open right now and I could hand you a warm piece of this amazing bread. Pictures cannot tell you how delicious it tastes and smells – warm cinnamon and vanilla mixed with mama’s hugs. So I’m going to have to hope that you have faith in me and try to make this as soon as possible so that you can taste this tender bread for yourself.

The original recipe for this bread is legendary. It was wildly popular when I was a child and Mama kept the starter carefully nursed in the fridge, dutifully baking loaves of bread each week and passing on the extra starter to a friend so that she, too, could make the delicious, moist, cinnamon flavored concoction known as Amish friendship bread. I never met a single person who didn’t fall in love at first bite.

But goodness, that bread is high maintenance! My version doesn’t require a starter or any forethought beyond “Hey, I think I’ll go make some Shortcut Amish Friendship Bread!” but it still has that wonderfully moist flavor that is perfect for an after school snack or coffee time treat. It’s so simple, you can just make a loaf for a friend rather than saddling them with a starter that they have to remember to feed each day. Low maintenance deliciousness is just another reason to love this version. 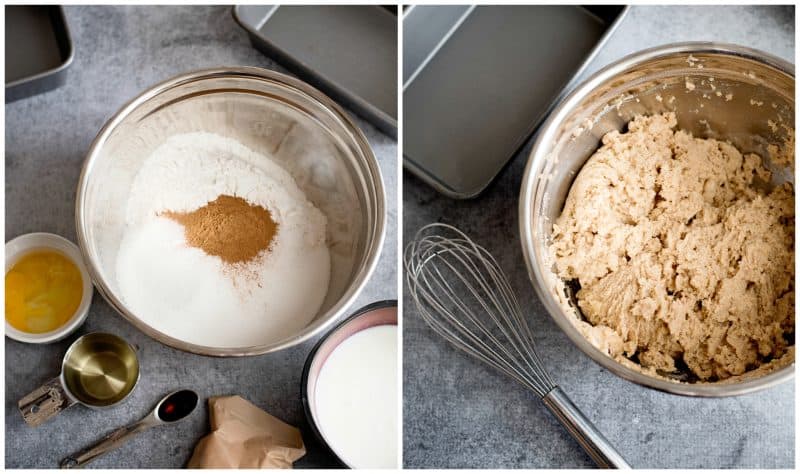 Begin by placing all of your dry ingredients into a large mixing bowl and stirring them together by hand.

Add remaining ingredients and beat with an electric mixer until fully blended, about two minutes. 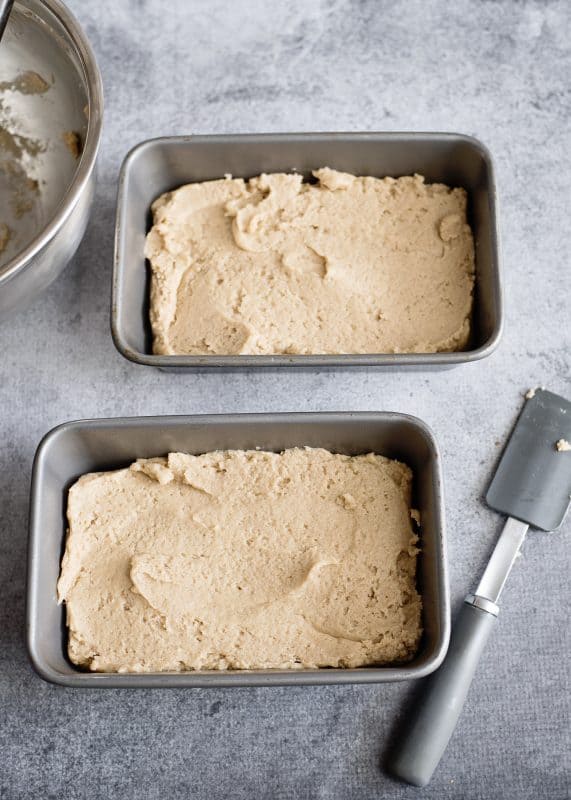 Divide evenly among two loaf pans that have been sprayed with cooking spray and bake at 325 for about an hour.

Note: If you remember the old Amish Friendship Bread you are probably looking at this and wanting to sprinkle cinnamon sugar on top. However, doing this will cause the tops to cave in while it bakes and it won’t be pretty. As an alternative, I’ve made sure to include lots of cinnamon flavor in the bread itself. 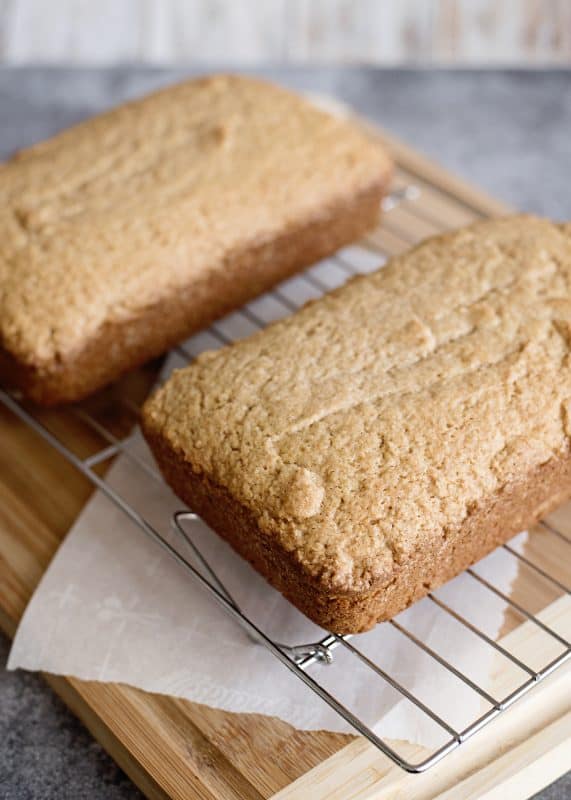 I know these loaves look a bit plain on screen but they are one of the most amazing air fresheners to hit kitchens since chocolate chip cookies! 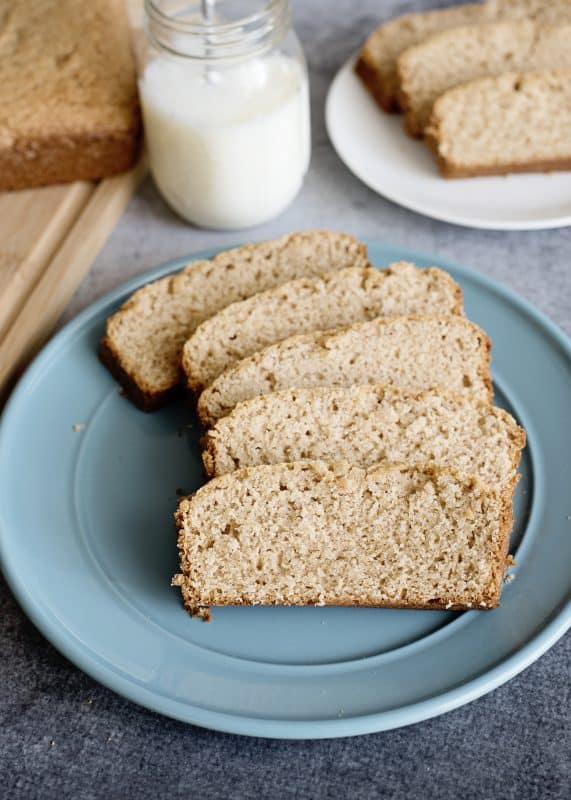 Give a loaf to a friend – or keep them both for yourself. I won’t judge. 😉 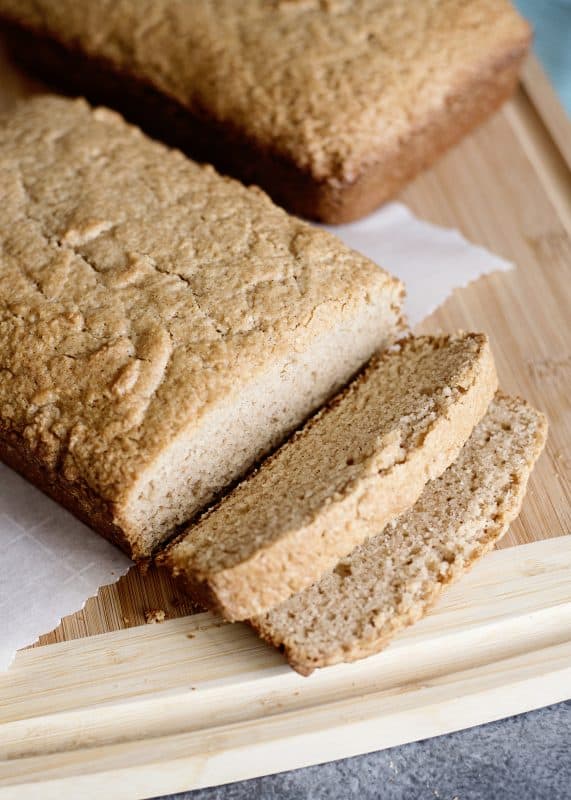 Holler back if you make this! It is killing me that I can’t let you taste it right now! 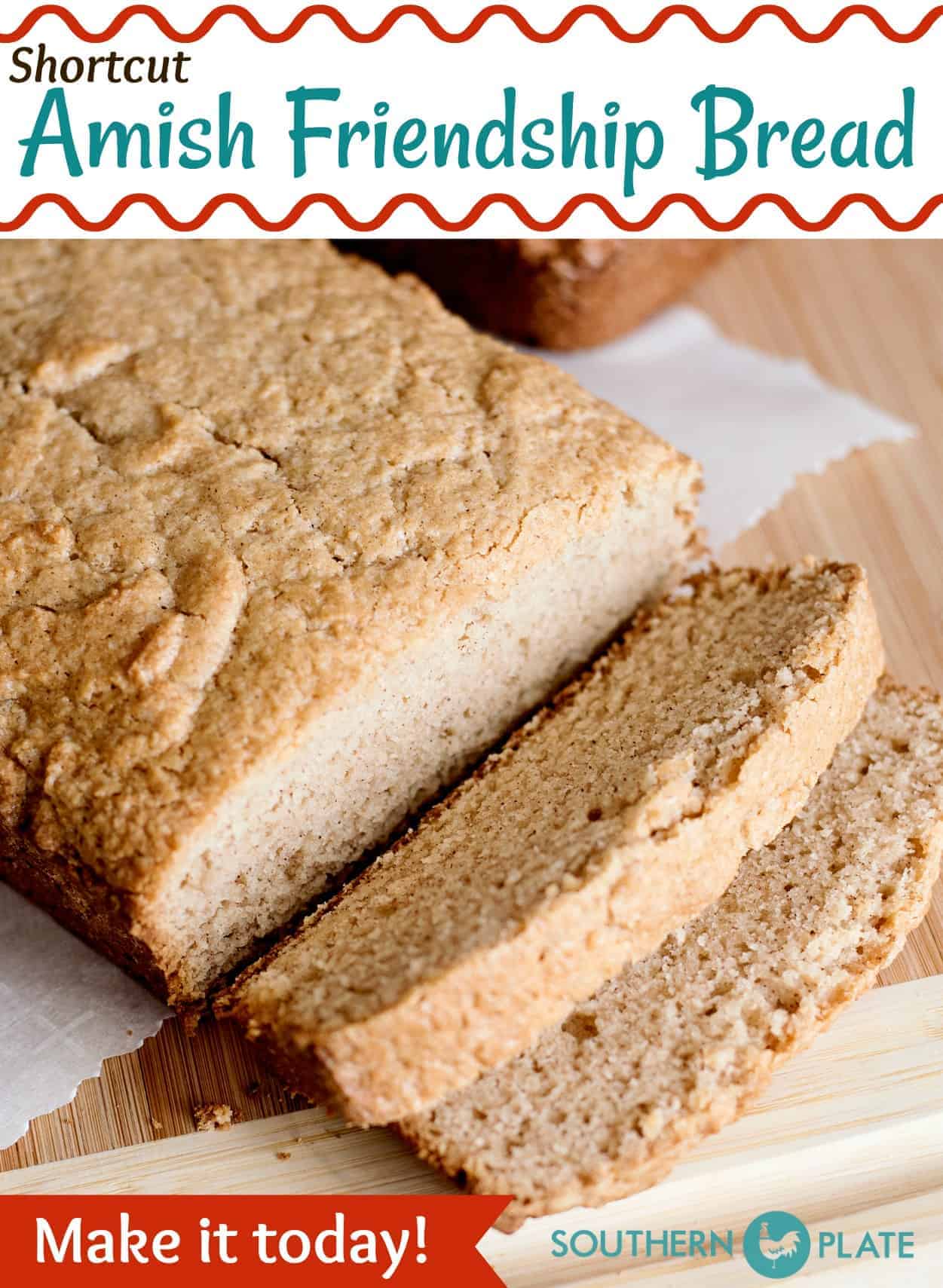