Home » Lifesavers: For Such A Time As This

You won’t be seeing this until later on in the day but as I type this the sun is just now thinking about rising. I’m sitting in an old fashioned diner style booth in my kitchen sipping on a cup of coffee while I wait on my oats to finish cooking. On the counter directly behind me, the one with the huge cabinets filled with pyrex, sits a slow cooker that has been cooking pintos all night long for us to enjoy at lunch today. Mama and I found ham bones on sale and those pintos have the mother of all ham bones right smack dab in the middle of them. I can’t help but grin just thinking about it.

The rest of my family is still in bed except for me and the dogs. Well, most of the dogs. Our latest addition to the family, a sweet little weenie dog mix we named “Pick” has opted to go back to bed, as is his custom. He’s a rascal and we sure do love him but his one complaint about me is that I get up far too early for his tastes.

It’s hard to believe Passover is almost here, especially considering the temperature. We had a glorious three whole days of spring where we reached the 80’s and got plenty of sunshine. I sure am glad we took the time to enjoy it before it passed us by! I know it will be back soon, though.

There have been a lot of strange weather patterns over the past couple of years. Some folks hither and yon have come up with reasons for it and I’m sure some of them might even be valid, but I see it as part of the ebb and flow of life. We go through good patches, easy patches, and then hit some rough spots we never expected would come our way. But it keeps on flowing. And anytime I’ve found myself in a particularly rough section of the road I’ve always managed to keep driving. Eventually, the view becomes more scenic. It always does.

I’m reading a book right now about a family in Alabama and how they deal with the aftermath of an event that knocks the grid down. If you’ve never entertained the possibility it sure does make for some stimulating thinking! They start out more in every man for himself mode and trying to figure out how they will deal with it, then they go into survival and panic mode. But one night the father gets up and he prays and God shows him Matthew 6:31-34. It’s the part where Jesus basically tells people to hush up and quit fretting over everything because God is in control (Note: it doesn’t say to stop working and sit back drinking umbrella drinks expecting God to rain down pizza. Had to add that because a lot of folks have some crazy interpretations. Read this for more clarity on that). He reads that to his family, they pray over it and decide that they are in an Esther moment.

But what is an Esther moment? Well, I’ll tell ya.

Esther was a young Jewish woman who “had neither father nor mother” and had been raised by her cousin, Mordecai, as his own daughter. Through a very strange (ie. divine) course of events, she became the Queen of Persia (You have got to read the story if you haven’t, it’s fascinating. There is also an excellent movie about it called One Night With the King that is $5 for the dvd on Amazon right now, click here. Epic. Loved it. Lost count of how many times I’ve watched it).

Her fate and course in life, as so often divinely orchestrated lives are, couldn’t have possibly predicted by anyone. After she became Queen, she discovered that the King’s chief advisor was plotting to have all of the Jews killed. Mordecai sent a message to her asking her to go forward and speak with the King on behalf of her people in order to save them. This was extremely dangerous for her because to go before the King without being called was punishable by death, so she was understandably afraid. But Mordecai ended his last message with her with words that emboldened her “Perhaps you were made Queen for such a time as this.”

In case you haven’t read the story, I’ll not spoil the ending for you. But basically the family in the book I’m reading asks themselves that same question. Perhaps they were put in their specific place at this specific time for a purpose beyond just surviving.

If you’ve been reading SouthernPlate for a while now you may have noticed that I talk about this a lot. Well, that is because we need to hear it. I am telling you right now, with complete confidence, that you are where you are right now for a reason. Whether it be your workplace, your home, your school, anywhere you go, within a ten yard circle of where you stand, you have a purpose for being there.

I was talking on my personal Facebook page last week about how grateful I was to have the types of friends I have. My thoughts were prompted by a lady asking a question in one of the groups I’m a member of. Half of the group attacked her for even having such a question while the other half answered her and offered the small assurance she was seeking. Their actions in the responses defined the roles they had all chosen. In our world today, you can pretty much fit most people into one of two categories: Those that build others up and those that tear others down.

I’m so very grateful that y’all are part of the construction crew.

Now, as Passover draws near, we are reminded that it’s time to make sure our hard hats are on and grab a hammer and some wood. We’ve got building to do.
And all of this is just a reminder to tell yourself with every encounter you have in the world each day “Perhaps I was put here for such a time as this.”

The fact is, we are all Esther at many points in our life. It’s up to us whether or not we step up to the plate. 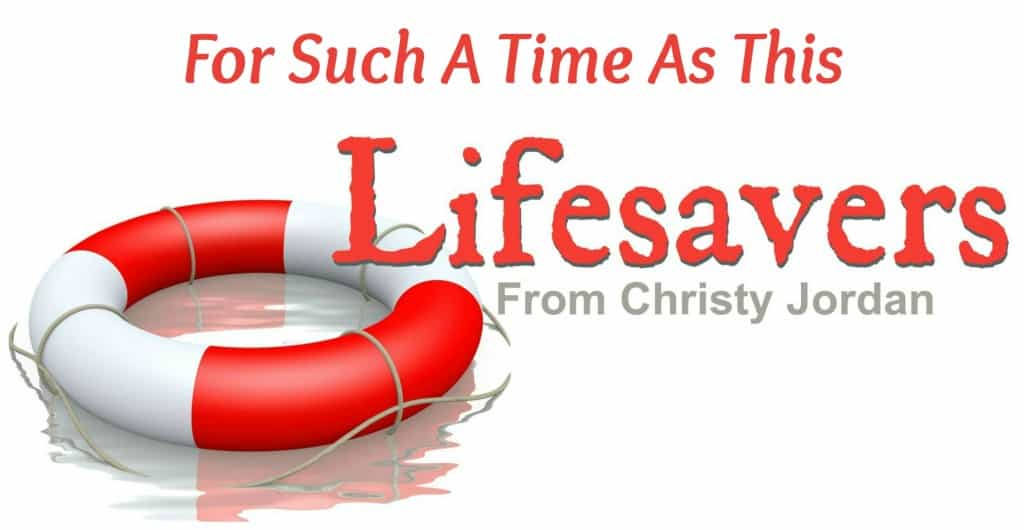 Sometimes it is hard to be like Esther, but we must try. Esther and her cousin Mordecai knew that God would intervene. At the present time, I have decided to let God guide me and try to stop worrying. Working at a religious institution makes me wonder at times, why people preach kindness and caring and do not follow these concepts at all.

Thank you and yes Passover is coming!

Thank you, Christy, for such a wonderful post. You are so right that there are basically 2 kinds of folks: those who build others up & those who tear others down. Thank you so much for being in that group that builds others up! Your words are filled with Love, Joy, Peace, Patience, Kindness, Goodness, Faithfulness, Gentleness, & Self-control. 🙂 I have always enjoyed reading what you have to say. Thank you!
Also, I scrolled through some of the comments to see if anyone had the same question I do, to see if you already answered. Since I don’t see it I’ll go ahead & ask. Being an avid reader, I’d love to know what book you were reading when you wrote this. The one about a family in Alabama and how they deal with the aftermath of an event that knocks the grid down. Can you share the title of this book? Sounds like a great read!
Thanks,
Linda

Christy, I am not certain how I found this post, but it is outstanding. While I don’t want to offend or excoriate anyone, I find fellow Christians to be the most offending at not understanding the struggles of other Christians. We have all been given a task, we need support not condemnation and most of all, we need the love of Jesus Christ in our lives to understand that our road(s) can be very different, but no less ordained by the Lord. This was a lovely post and one I will revisit as well as the story of Esther many times again.

My momma always told me at a young age that Ester and Ruth were the kind of role models ladies, young and old, should strive to be like and to study. I am 66 years old and it is as true today as it was then. Everytime I would complain about a situation I would have at school or with friends my momma would say “for such a time as this”. When I complained about boys momma would say “remember Ruth”. I remembered Ruth and God sent me a young man in an equally odd way as Ruth did and we have been married 47 years. My momma has been with Jesus for 18 years now and she was one of the greatest soul winners I ever knew. Her sweet voice still resonates in my ear “for such a time as this”…… From your fan in Huntsville, Sherry

Christy, you have such a gift and we are all so blessed that you choose to use your gift so wisely – by sharing your recipes, your wisdom, your humor, your memories, your love of family, and your love of God with us. Thank you for that! It’s why we love you!

I read this the first time it popped into my inbox, and I re-read it today. I don’t know how you do it, but it seems you always know when I need to hear just what you are sharing. It has been a difficult year for many reasons, but I’m mindful that it could have been worse, and that I’m blessed in so many ways. And I am right where I need to be right now. It may not be the same place in a few months, or even next year, but, for now, I’m good. Thank you for that gentle reminder.

~HUGS~ I am glad it came at just the right time for you Susan!

Thanks! I have read this much later than most but I am going to lunch today with a girl friend that is one of my best friends and she usually needs me to listen. Your little note has inspired me to do just that. Thanks! Keep it up…God is using you to be a beacon! 🙂 Lots of Love, Susan

Hi Susan, I hope you had a wonderful lunch!!!