This is going to be a semi-crazy and very fun week for me. I’m heading out for a week filled with book signings. I’ll be beginning tonight in my hometown of Huntsville, Alabama, and then going to Oxford, Jackson, and Memphis. Click here for more information about where I’ll be traveling over the next few weeks. I’d love to meet you! *A lot of stores are selling out of our book.If you are planning on attending a book signing, you might want to go ahead and visit that store to pick up your copy of the book to ensure they have enough. You can also help ensure they have enough by clicking on the city names above of the ones you plan on attending to RSVP on FB.

My AMAZING Mother in Law has come to stay and take my place this week so the kids will be well taken care of but I’ve been trying to teach Ricky how to make a few slow cooker meals so supper won’t be a hassle for any of them. Let me tell you a little about my husband – he is an Engineer. He is one of the most intelligent people I know, can design entire space stations and such on his own, but when it comes to cooking his intelligence kinda gets in the way a bit. Just to show you how smart he is, below is something he designed from start to finish in CAD program called SolidWorks (we are sooooooo a SolidWorks Family. Even my eleven year old has been learning the software). 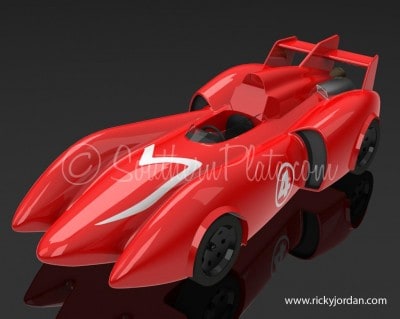 See? Takes a smart fella to make that. Can he cook supper though? We’ll be finding out this week!

His past cooking ventures have been kind of interesting. The perfect example of this is shortly after we were married. He said he was going to cook a special dish for me, a recipe he made up in college called “Beef Rice”. Beef Rice consists of beef flavored Rice-A-Roni and cooked ground beef stirred together. Now, don’t get me wrong, we still eat Beef Rice to this day, but it was how he went about cooking it that made me realize I was destined to be the cook in this family.

Apparently, he had always cooked the beef first and then washed and dried that pan before getting out a pot for the rice and cooking it next. Well, on this fateful day he had a brilliant idea!

What if he cooked the Beef in the skillet AND the rice in a pot AT THE SAME TIME!?

As this groundbreaking idea hit him he called me into the kitchen by yelling “Baby come here!  You aren’t going to believe this!” I came into the kitchen half expecting to see the image of Jesus on his toast by the tone in his voice only to find him beaming like a school kid from the stove as he declared “I’m cooking SIMULTANEOUSLY!”

I had to wonder if he thought we started cooking our suppers first thing in the morning in order to have all of it done by dinner time but didn’t say anything. Instead, I congratulated him on his new found skill, went into the bedroom, and called Mama to tell her.

We still get a giggle out of that today. So in my attempt to expand Ricky’s cooking repertoire beyond PB&J and Beef Rice, here are some slow cooker recipes I’ve been trying to teach him.

P.S. There is no earthly way I could have spelled “repertoire” without spell check. I’m jes sayin… 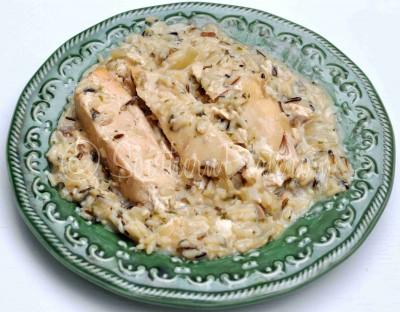 Ricky has been having cow fits over this stuff lately and has assured me he WILL be making it this week. 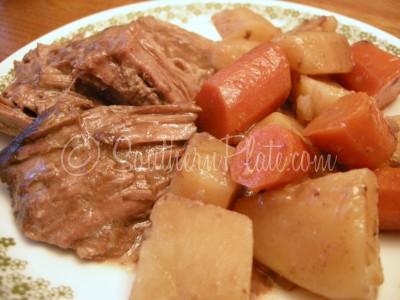 Ever make a pot roast and have it turn out dry? Dry roasts will be forever behind you now! 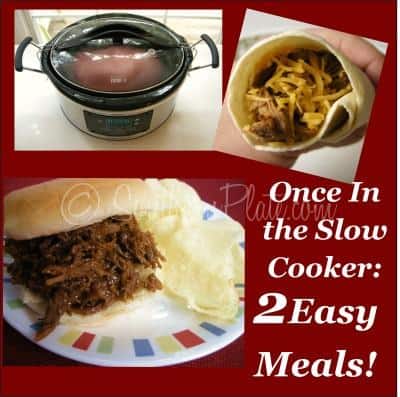 This is a great way to cook a roast and get two nights worth of suppers out of it! 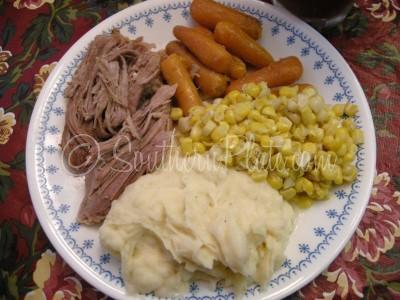 I can get ANYTHING I want just by offering to make this for my husband! This post includes the entire menu pictured. 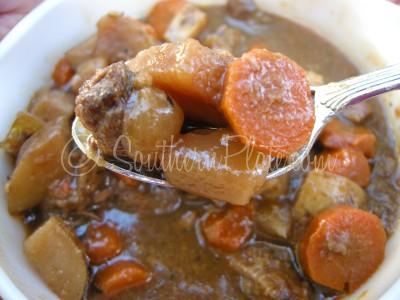 I just love a good and hearty stew! 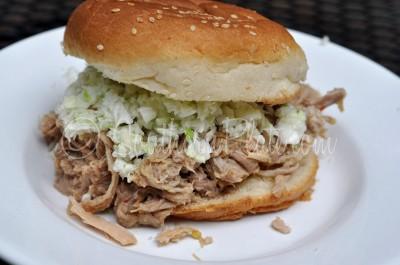 This is the type of BBQ we have in North Alabama with a tender and flavorful pork and a nice clear sauce to pour over it. YUM! 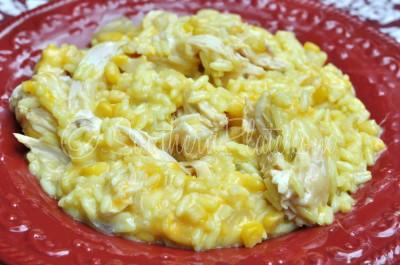 I think this one is my personal favorite 🙂

Valerie, thank you so much for today’s quote! I just love it!!!

If you wish to make an apple pie truly from scratch,

you must first invent the universe.

Submit your quote to our collection by clicking here. Don’t worry if it has been submitted already, that just means it bears repeating 🙂

He’s gonna do just fine. Enjoy your book signings this week. I’ll be praying for you and your family. God has truly blessed a wonderful woman and her family. Thank you so much for sharing such wonderful recipes. One thing I did for my kids when I was gone for a whole weekend was leave them little treats to find. One day it was just a candy bar. The next day a letter or card from mommy and on the last day they discovered a new movie. They had so much fun trying to figure out what they were going to find the next day. Give em lots of hugs and kisses! Have fun this week Christy!

Thank YOU so much, Beth! These ideas are perfect. I think I have just enough time to pull it together!
I sure do appreciate your help!
Gratefully,
Christy

Hey Christy! Made your pork roast and mud hens yesterday, they were a big hit! Thank you so much for all your recipes and congratulations on your cookbook…I am loving mine! …and I totally get the Solidworks thing as I work in engineering research! 🙂

Aren’t the Mud Hens the best thing? I need some of those so bad and am SO glad you tried them (and liked them!).
Thank you so much for being part of the family! hehe SolidWorks family, too!
Gratefully,
Christy

We’re gonna be eating on that pulled pork BBQ all week, I think 🙂 Sooooo yummy.

Oh thank you!!! hope you have a great week!
Gratefully,
Christy

The pulled pork is really good in tacos, too with some salsa and other typical toppings.
I also use it to make simple mu shoo pork-I get soft flour tortillas, hoisin sauce, green onions and slaw mix. I lightly sautee the slaw mix with some ginger, garlic and soy- steam maybe 5-10 mins. Spread some hoisin on the tortilla, add some pork, some green onion, and the slaw mix. Yummy!

Christy, I found Southern Plate through a link on Ricky’s site for your fried donuts. I’m an engineer using SW and think it is so cool you’ve got your son learning it already!

I made the Cheesy Chicken and Rice recently to rave reviews – it was declared The Best Ever. Next up this week is the Chicken with Wild Rice.

Congratulations on the cookbook and all your well earned successes of late. I wish you even more.

Thank you so much Elizabeth!! Brady really enjoys SW. When he was little Ricky used to model his favorite cartoon characters and such in it and then we got the kids version but quickly just moved him right on up to the real thing. Maybe we’ll have an engineer here in the next few years! (he is eleven now).
Its amazing what they can learn that you just don’t think about teaching sometimes!

I’m so glad you liked those recipes! The wild rice one is the one that Ricky will actually come home early for!

My husband is an engineer too (limited culinary skills include only a BBQ pit) and when I go out of town my momma or MIL come over to help out with the kids too…. so I TOTALLY understand. 🙂

I just got your cookbook in the mail, so I am excited to try not only the slow-cooker recipes, but so many more! I hope your book signings are wonderful.

Thank you Michelle! I’m really excited about them!

Good luck with the book tour, I’m getting my copy today.

Oh yeah – SolidWorks is spelled with a capital letter W in the middle. Jes sayin….