Let me introduce you to the best brownie recipe ever. With a creamy chocolate frosting, make a big batch of these homemade chocolate fudge brownies and you’ll make any chocolate lover’s day (or year). 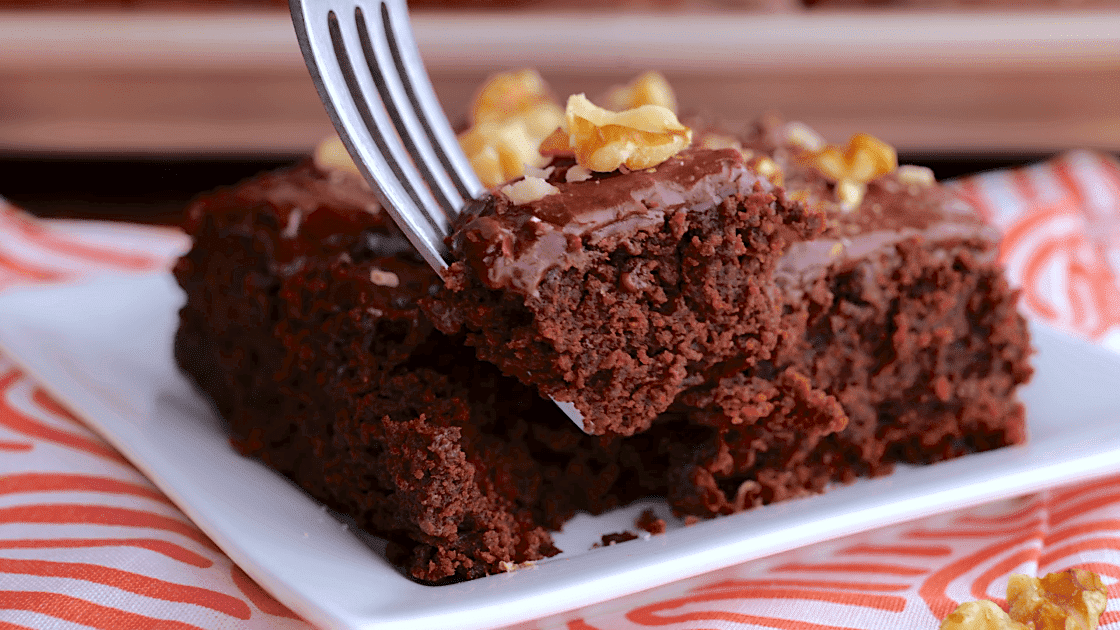 Welcome to the best fudge brownie recipe! I use this homemade brownies recipe when I want to make a big batch of brownies all at once, as it makes anywhere from 30-40 servings. I promise that these brownies are fudgy and moist with a deep chocolate flavor. They’re finished off with the perfect spreading of creamy chocolate frosting. Although I have several brownie recipes in my personal collection, this one is a favorite of both of the men in my house.

Fortunately, these homemade brownies are super easy to make from scratch. You just have to slowly combine all of the ingredients (I bet most are sitting in your pantry right now) and then bake your brownies for about 25 minutes. Once cool, top them with the creamy chocolate frosting, which is also very quick and easy to make.

If you’re like me and think the fewer dishes the better, whip up the big batch of brownies in one large bowl and then wash that same bowl to make the icing in to lessen the mess. Aside from that, you’ll just dirty up an 18×13 baking sheet (this is a standard half-sheet size), like this. I buy these in two packs for about $15 at Sam’s Club and I have been using them for years – they are the best baking sheets I’ve ever had.

Alright, I think it’s time we make a big batch of chocolate fudge brownies, what do you think? 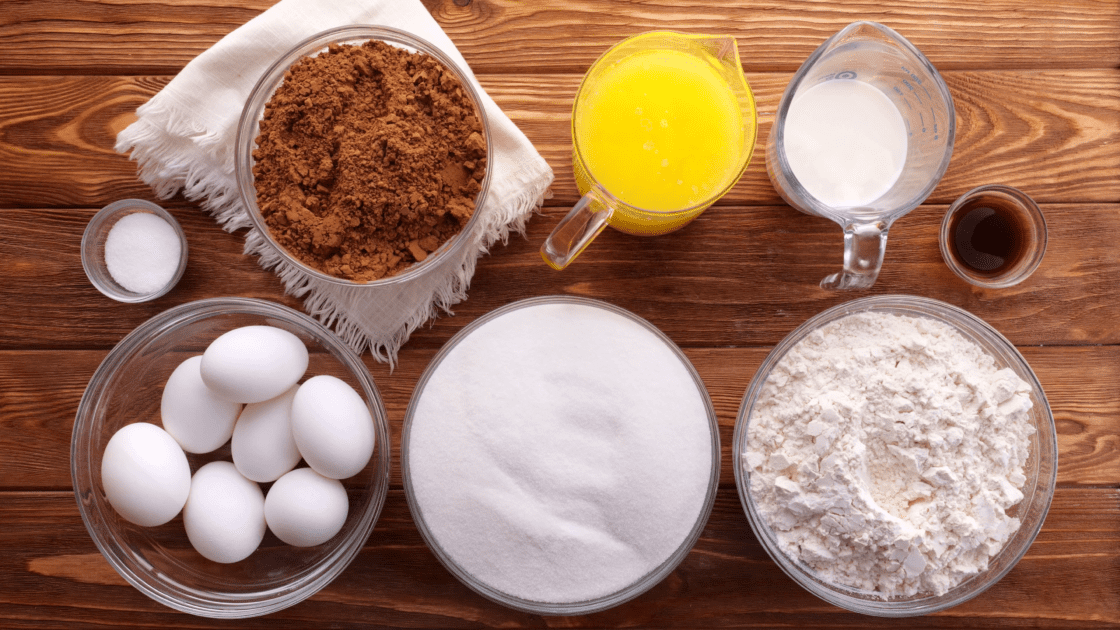 How to Make the Best Brownie Recipe Ever 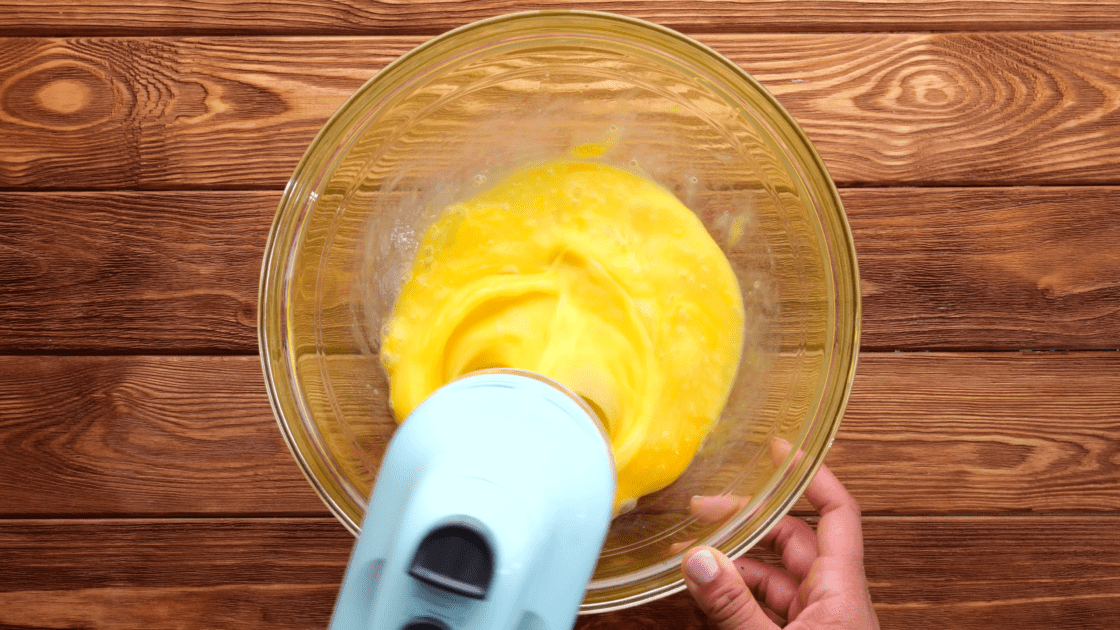 Melt your butter however you see fit to melt it and set it aside to cool a bit.

Put your eggs in a large bowl. Beat the eggs up with an electric mixer. By the way, if you have a stand mixer this batter will just fit in that bowl so go for it. 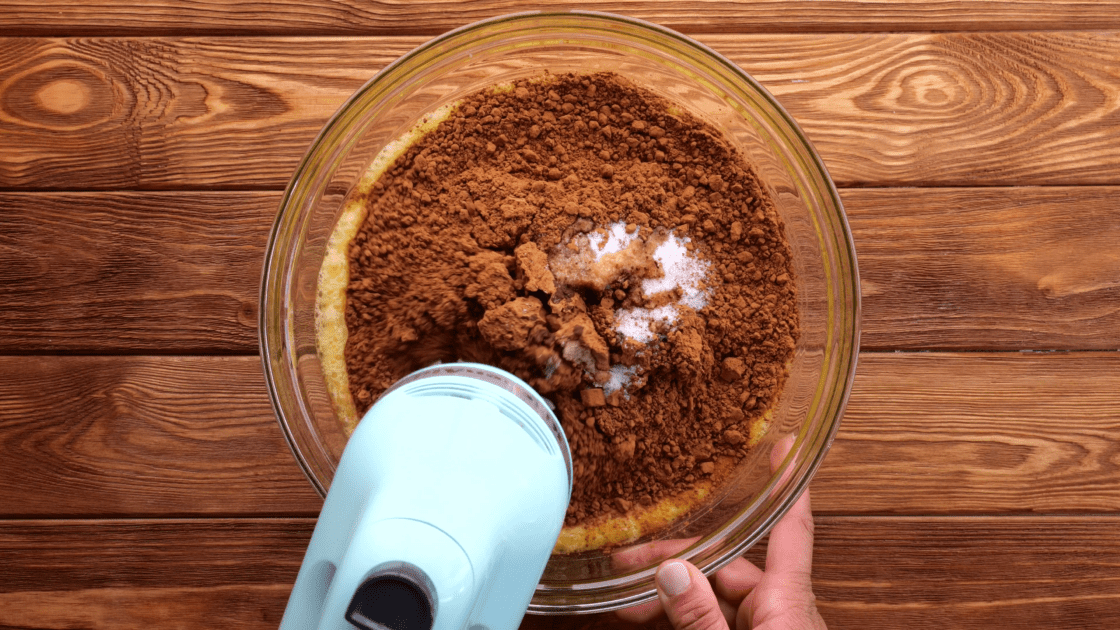 Add in sugar, cocoa powder, salt, and vanilla extract. Beat for about a minute or until it’s good and blended. 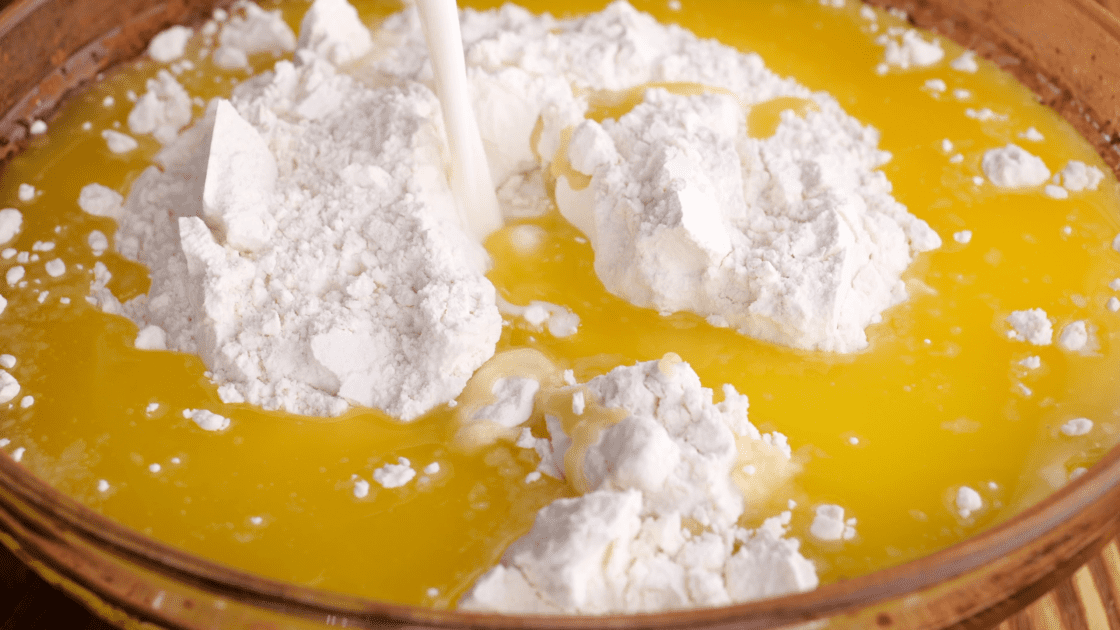 Add in the flour, melted butter, and milk and beat again until well combined and a good brownie batter is formed, scraping down the sides as needed during the mixing process. 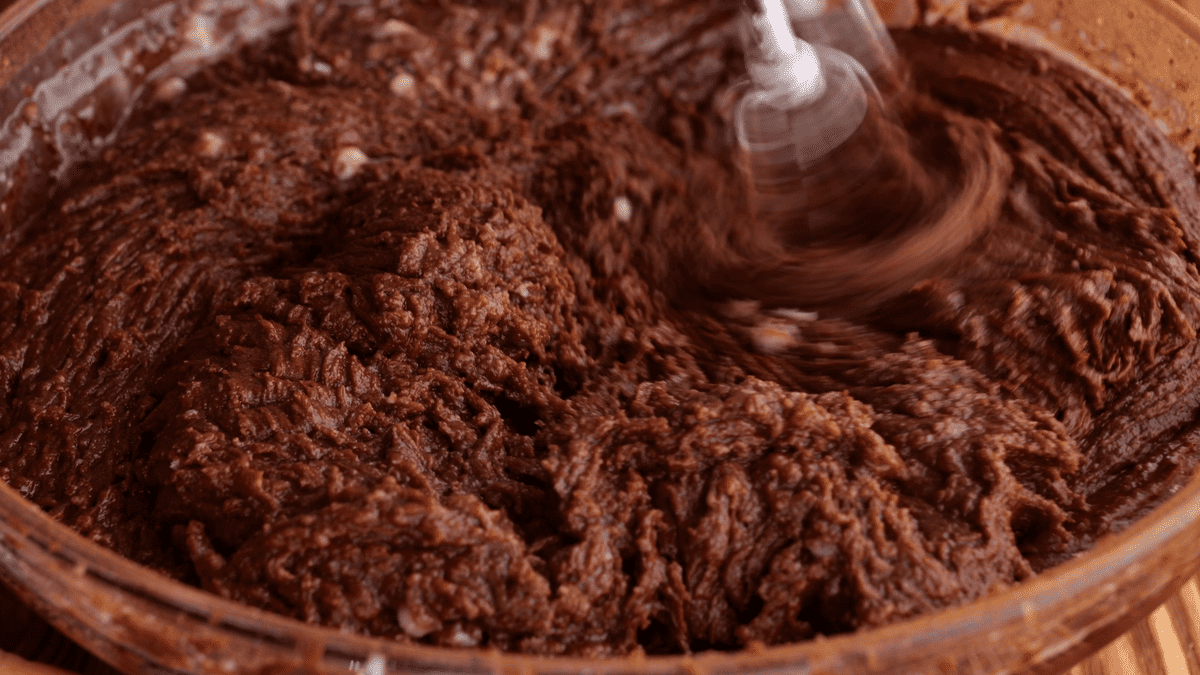 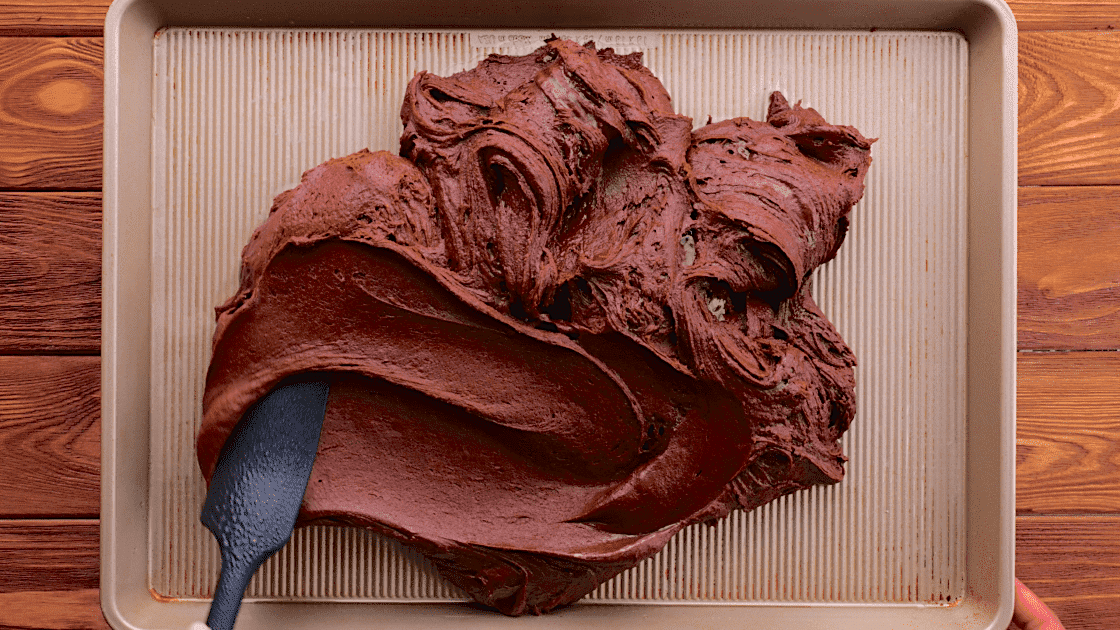 Spread into a greased 18 x 13 half sheet pan (I just spray it with nonstick cooking spray). 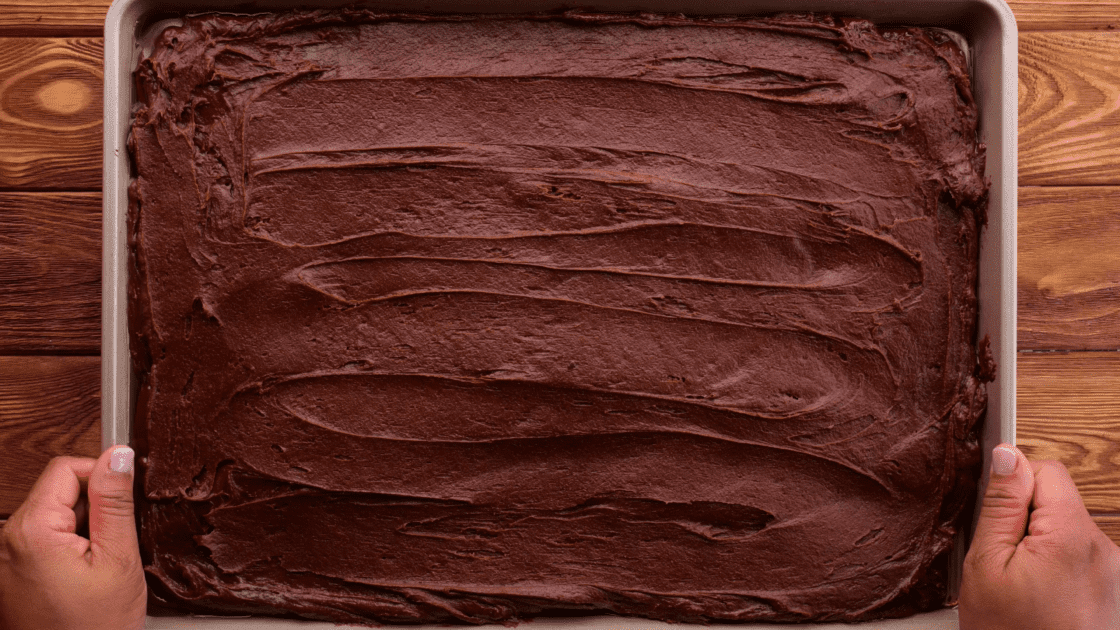 Make sure the middle is set and done before you remove it from the oven. I know this doesn’t seem like a lot of time but your batter is kinda thin here and spread out over a large area. 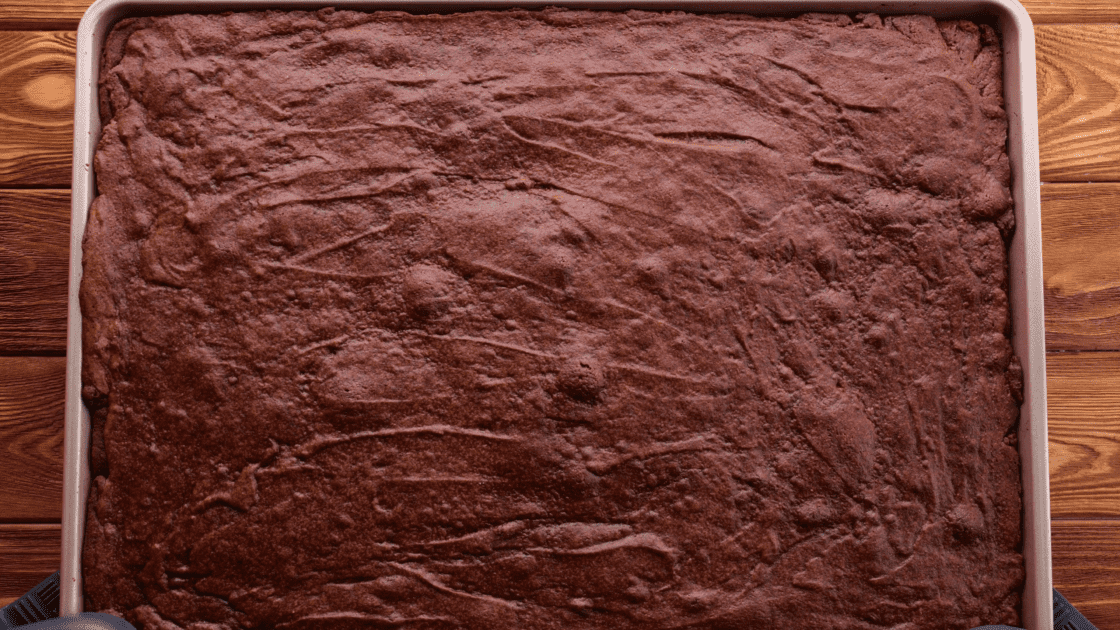 These are my cooked brownies. Hi, brownies!!! (y’all wave at my brownies) 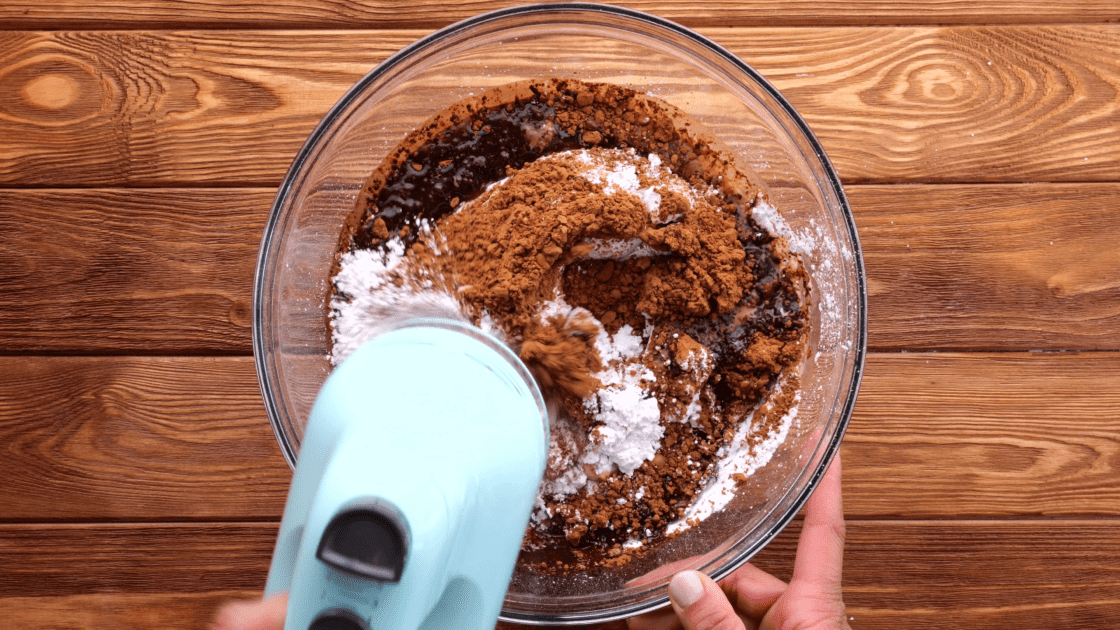 How to make the creamy chocolate frosting for brownies

Now clean out that mixing bowl and make up your icing.

(I can’t believe you didn’t wash it while the brownies were baking. Okay, totally believe that. Batter bowls have gone for days in my house without being washed. It gives my sink purpose though so I don’t fret. Never a bad thing to give something purpose, right?). 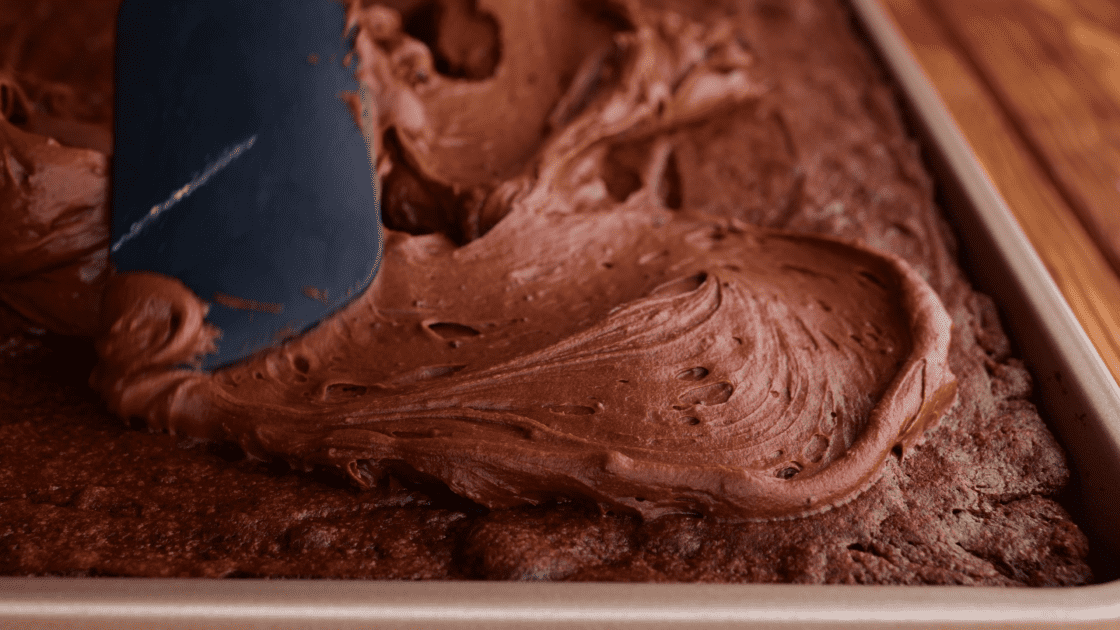 Let your big batch brownies cool a bit and then spread the icing on them. 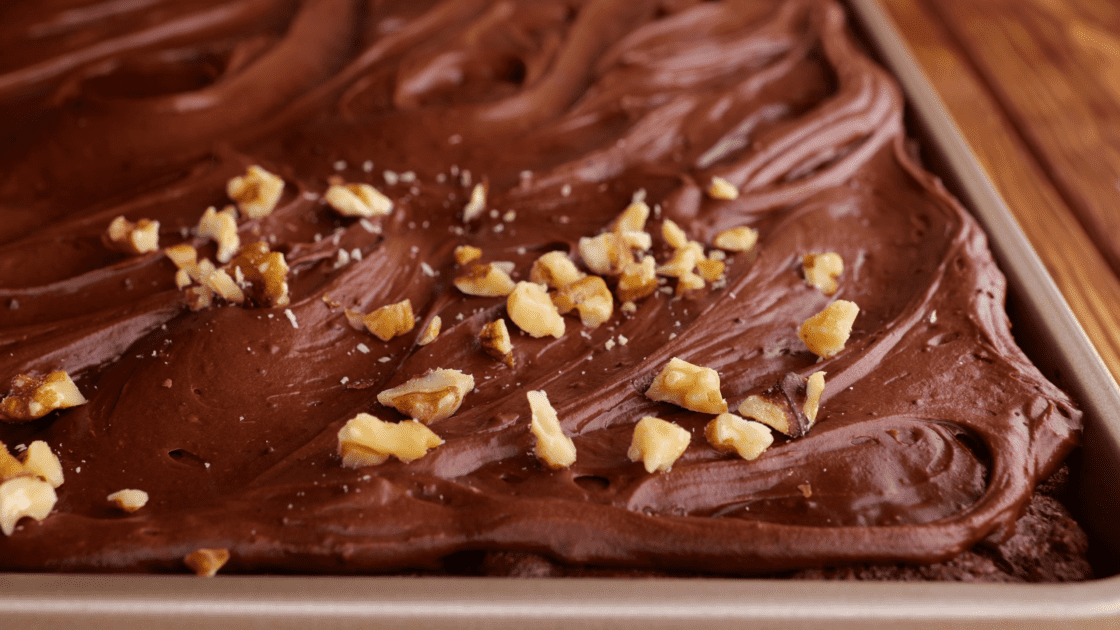 Sprinkle with nuts immediately after icing, if desired.

I usually don’t use nuts because they are outrageously expensive and it seems 9 out of 10 kids are allergic to them these days, but today got the better of me, and I just *NEEDED* walnuts on top of my fudgy brownie. I gave in to my desires. Back to that fallen world thing, I am a fallen creature. But I feel better now so can we move on from this instead of focusing on my failures, mmkay? 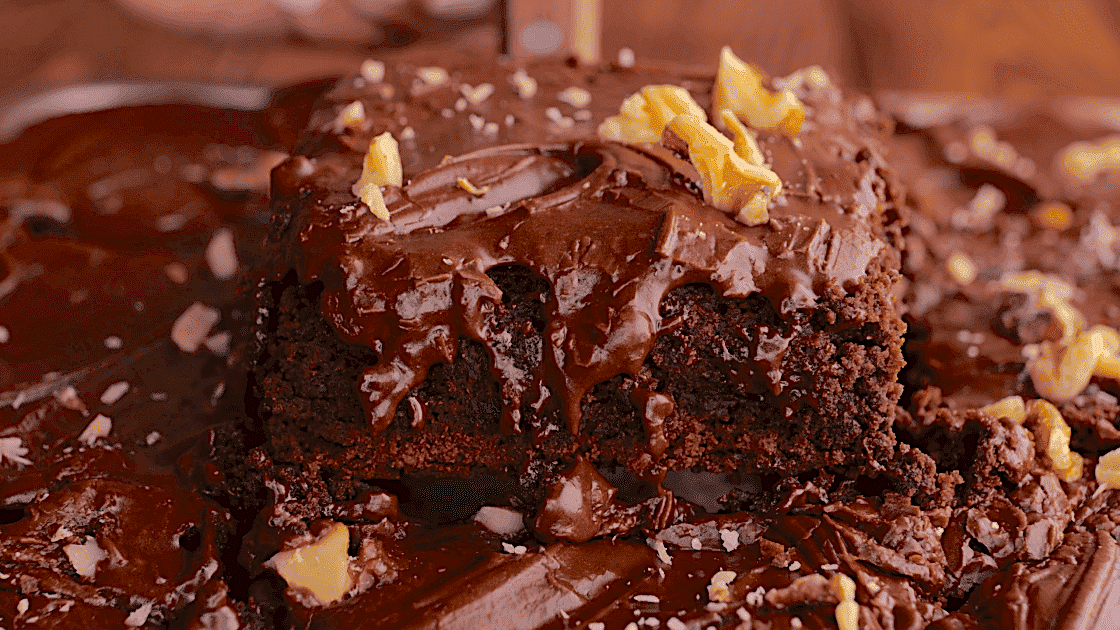 Here, have a taste of the best brownie recipe ever. 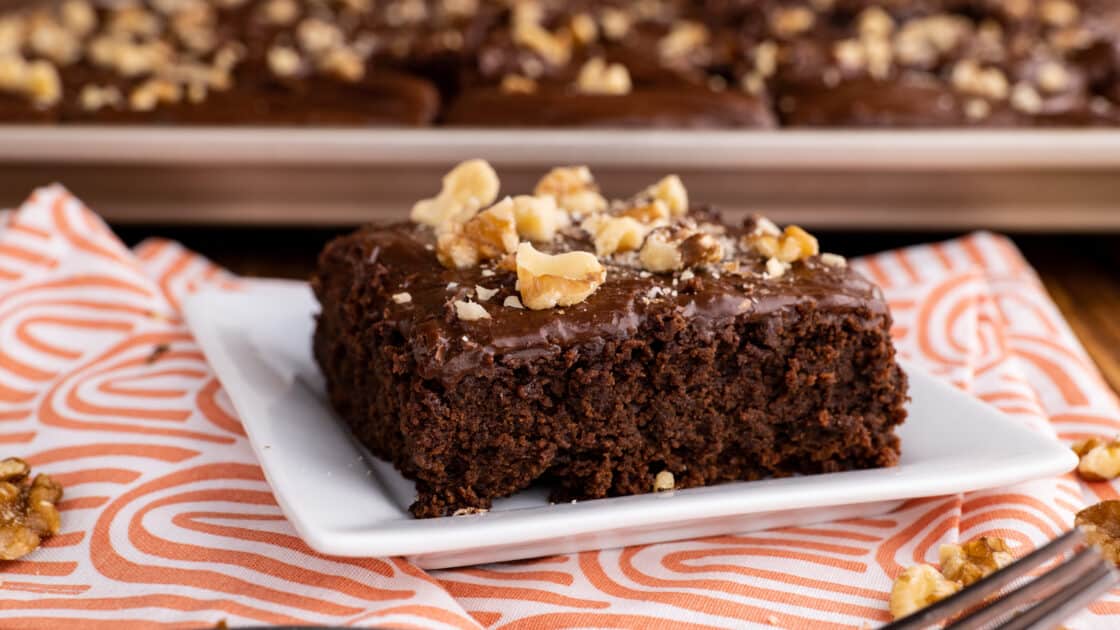 Because you can never bake too many brownies: 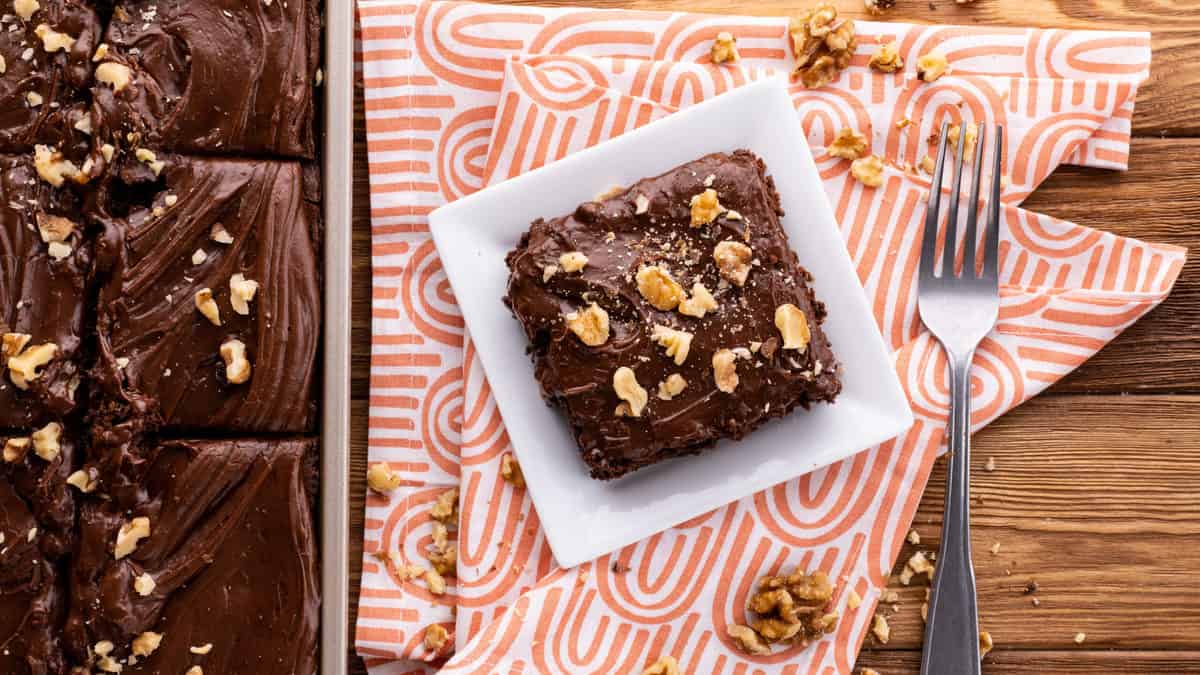 The world would be a better place if more people made brownies and shared them with others.  ~Christy

Just wanted to say I LOVE the way you write.. Reminds me of how people talked and did things back in the good old days. My . I think this recipe would do her just fine..
Thanks for sharing another great recipe. My neighbors Birthday is this month and she is a Chocaholic so I’m thinking of making these for her.

Whenever I need a recipe your website it the first place I look. Thanks for being so darn honest about ingredients and cooking in general. Love ya!! BTW- these look amazing and I can’t wait to make the entire batch and share with others.
On another note, I have a family member who has cancer. She has a hard time eating however she loves your Mama’s Pound Cake. I make it for her at least once a month if not twice because why not eat Pound Cake as much as possible when you are dealing with that C word. Thanks so much for sharing your love of cooking!!

Hi Kammy, this truly brought tears to my eyes. Thank you so much for commenting and for recognizing the effort we put into our recipes for y’all. And I am truly honored that the Pound Cake is a source of enjoyment for your family member. That means so much to me and when I shared your comment with others who work behind the scenes for Southern Plate their hearts were filled with joy as well.
Many blessings to you and your family member!

I’ve made these countless times!! Used to make them for the high school football team when my youngest was playing. They absolutely love them!

Can I make half of the receipt, thank you,

Sure can Camille 🙂
Hope you love it!

What is the depth of the pan you used? My pan is 1 inch deep, will that work?

That should work Marla. Fill it about 2/3’rds full. Hope you love them!

Marla
Reply to  The SouthernPlate Staff

Marla
Reply to  The SouthernPlate Staff

I made these for the kids on my bus. They turned out perfect and are so delicious! This is my go to brownie recipe from now on!

That is truly lovely to hear. Glad the kiddos love it!!