How to Make a Chocolate Pound Cake Recipe with Fudge Glaze 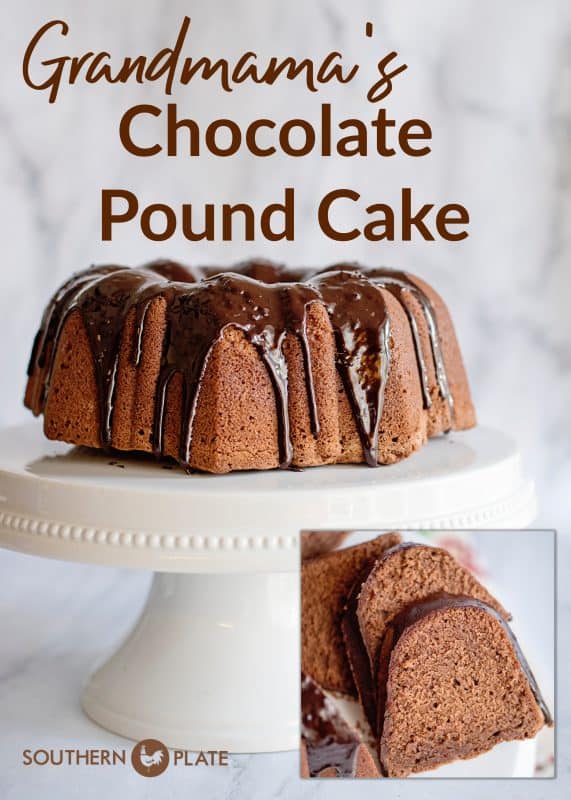 I have received a lot of requests for recipes in the past, but Grandmama’s Chocolate Pound Cake with Fudge Glaze is the one cake that I am asked to make most often.

It’s just a good old fashioned chocolate pound cake recipe from my Grandmama that is sublime on its own, but when you add Grandmama’s fudge icing (what the old folks called Boiled Icing) it becomes a favorite to all.

What is Boiled Icing?

The icing on this cake was called boiled icing which means they make it in a pot on top of the oven and it is brought to a boil to thicken it.  Truly it is very much like making fudge but we use a timer instead of a thermometer to trust it gets to the right temperature.

Have you ever had your granny make one of those cakes that when she cut into it, the icing cracked and broke off in huge fudgey chunks? THIS is THAT icing! I make a peanut butter version of it, too.

It’s just a good old timeless recipe. I hope you get to try it soon. 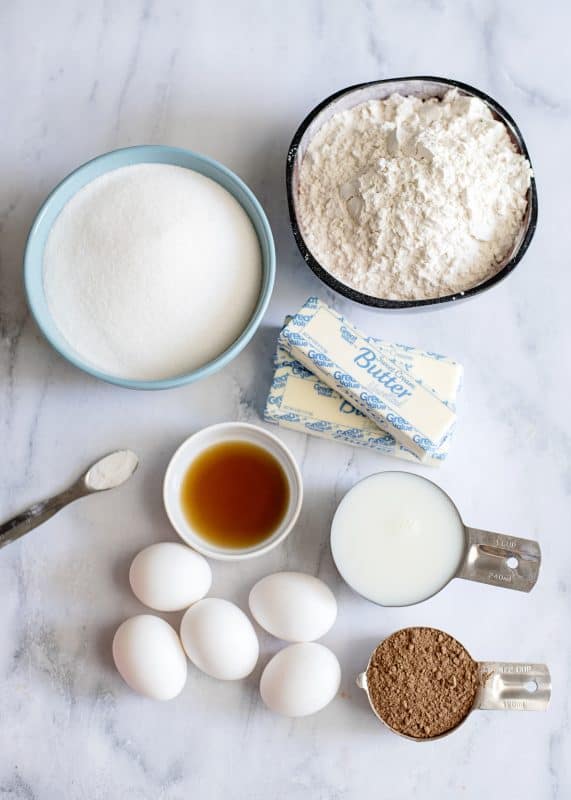 Ingredients for Chocolate Pound Cake Recipe with Fudge Glaze are:

Now let’s get to baking…

How to Grease a Cake Pan To Keep Batter From Sticking

What I do is fold a paper towel, put it over my hand and dip into the shortening, then smear it all around.  Take a bit of flour and pour into the pan and move your pan around, patting it a bit, to get the flour to coat the sides. Then I turn it upside down and shake out the excess flour into the trash can. 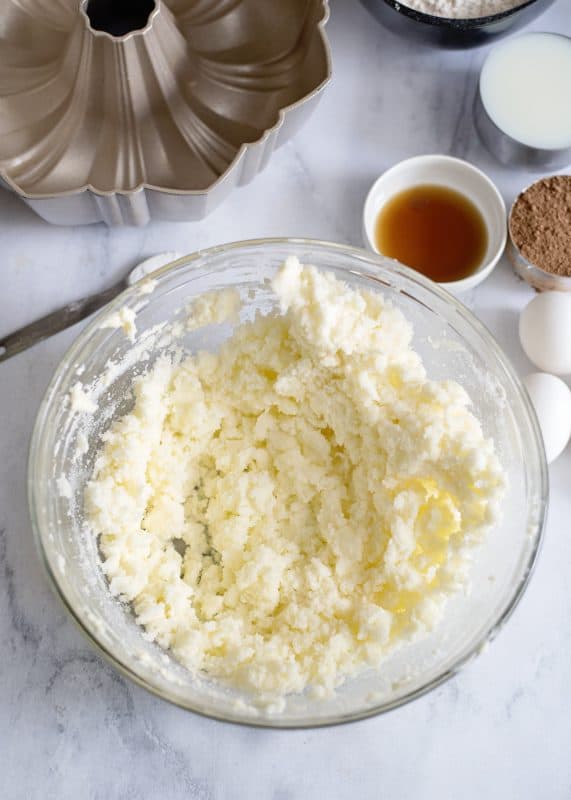 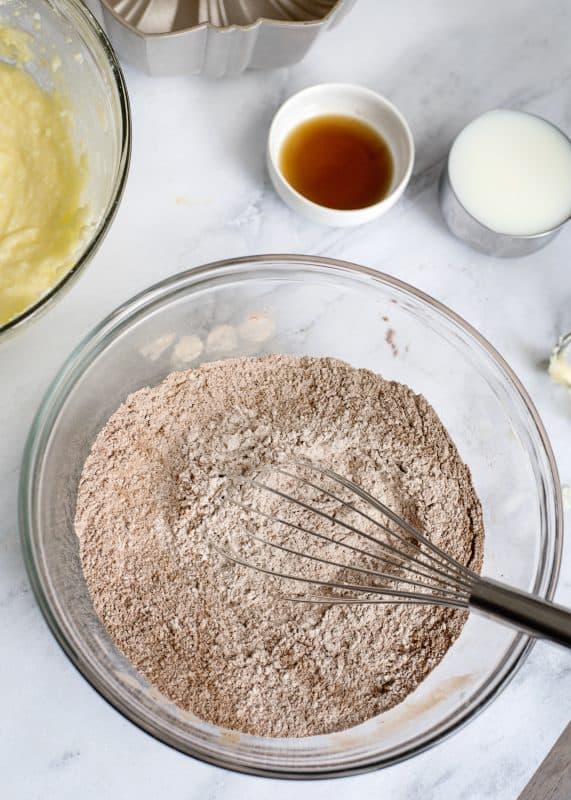 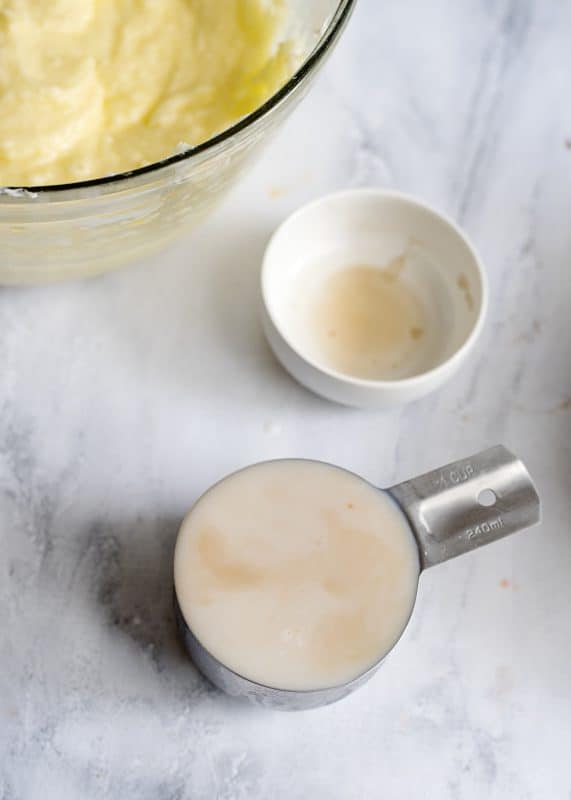 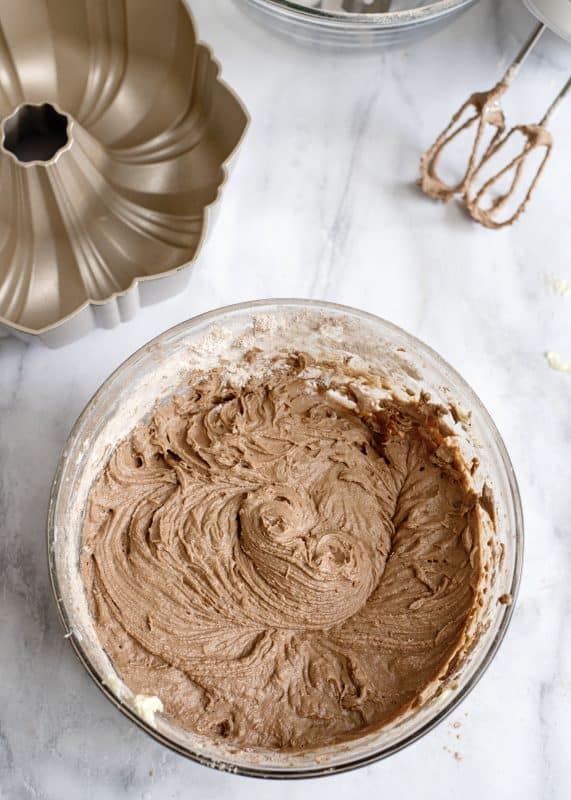 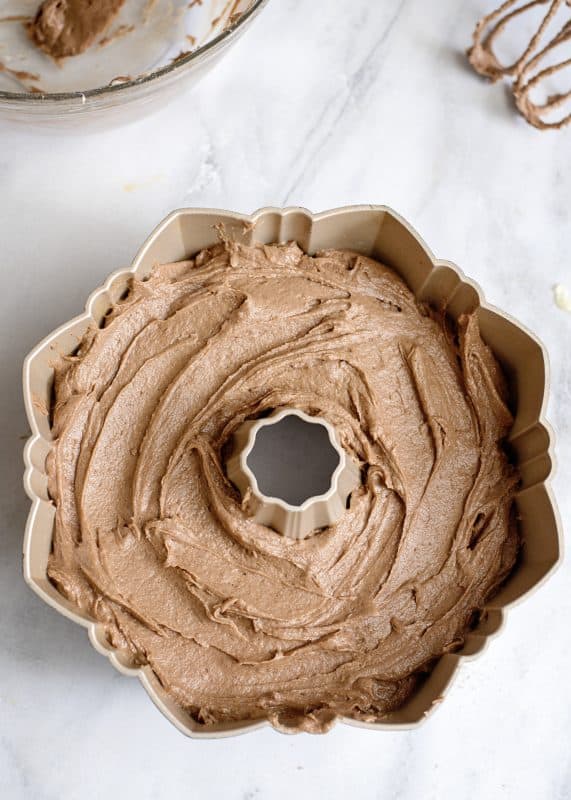 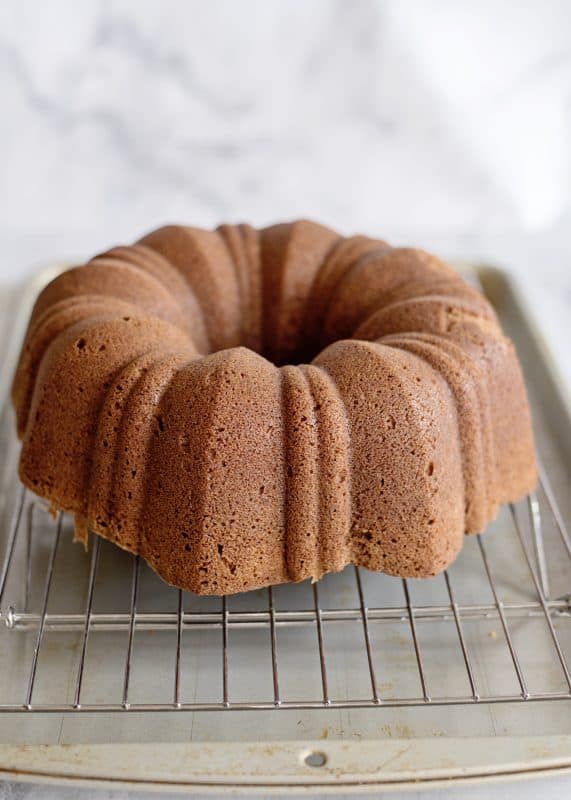 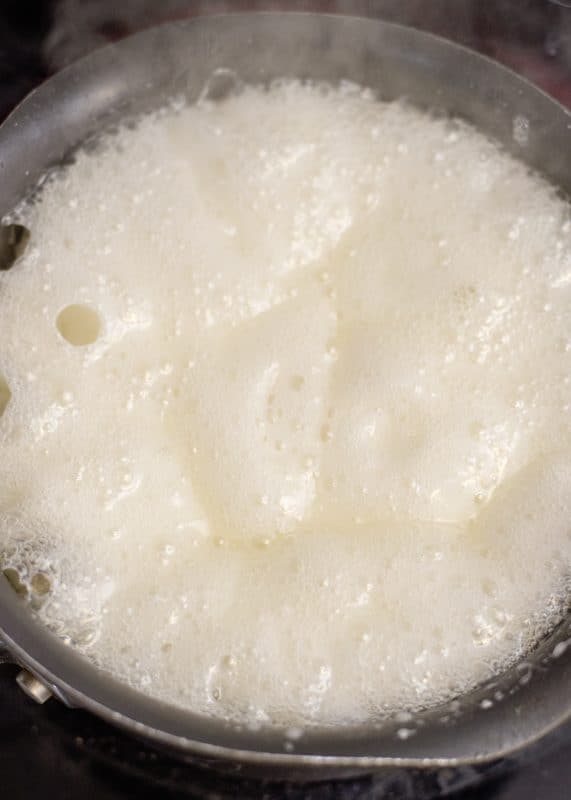 Keep stirring icing a minute or two until it cools just a bit. I sometimes stick the bottom of my saucepan in a bowl of cool water to speed the process. 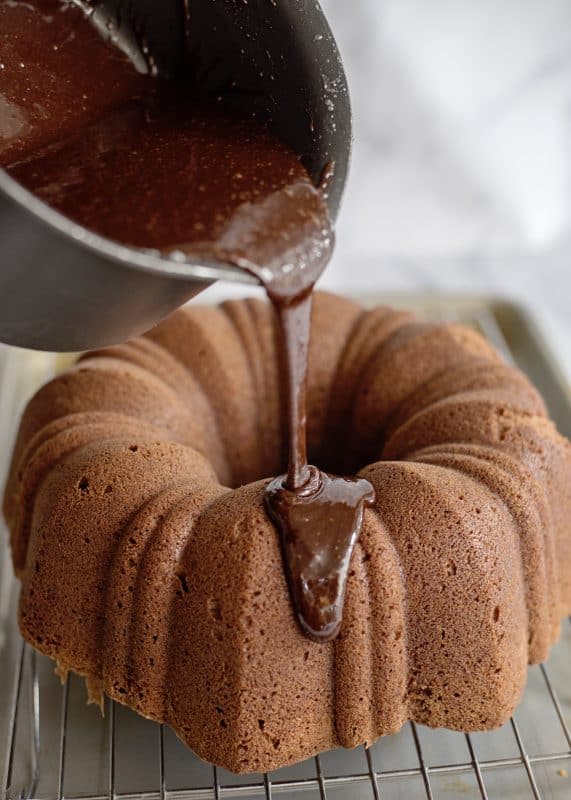 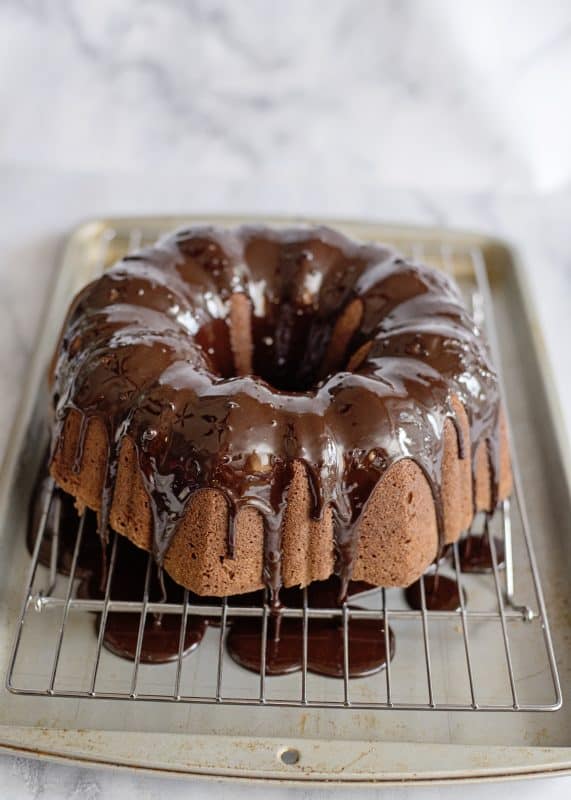 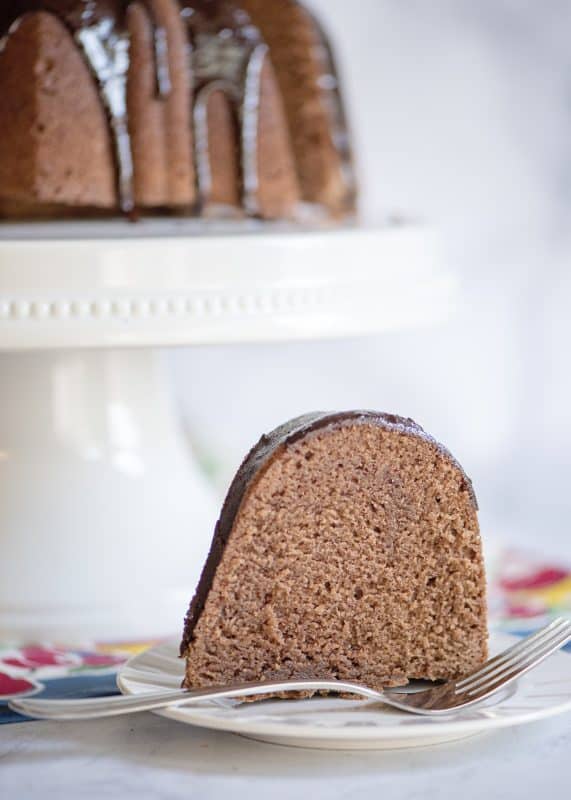 DIG IN to a recipe from the old days! 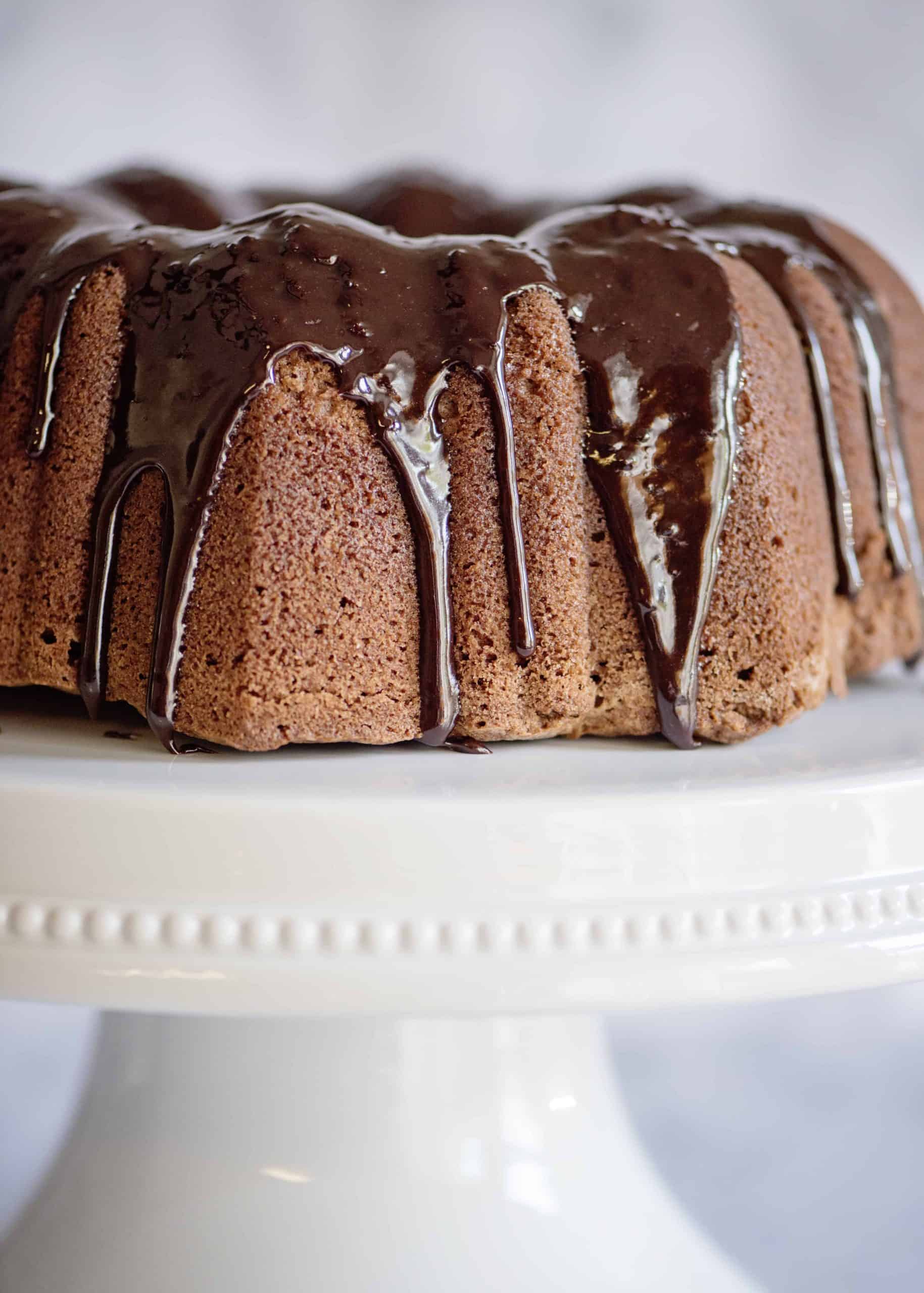 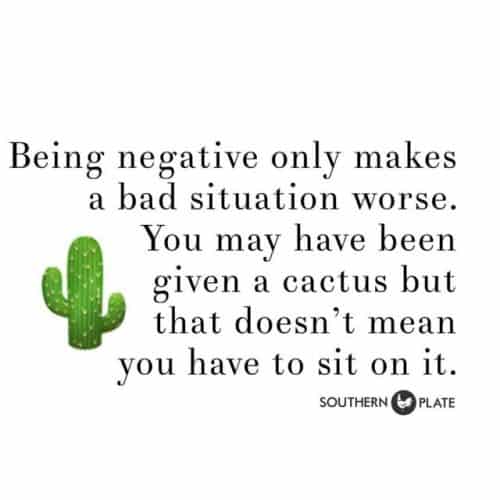 Click here to see all of my quote pictures.