Good N Easy Cake will bring your tastebuds back to days in grandma’s kitchen. Filled with apples and topped with a delicious pecan crumble, I like to serve it warm with homemade whipped cream gently melting on top. 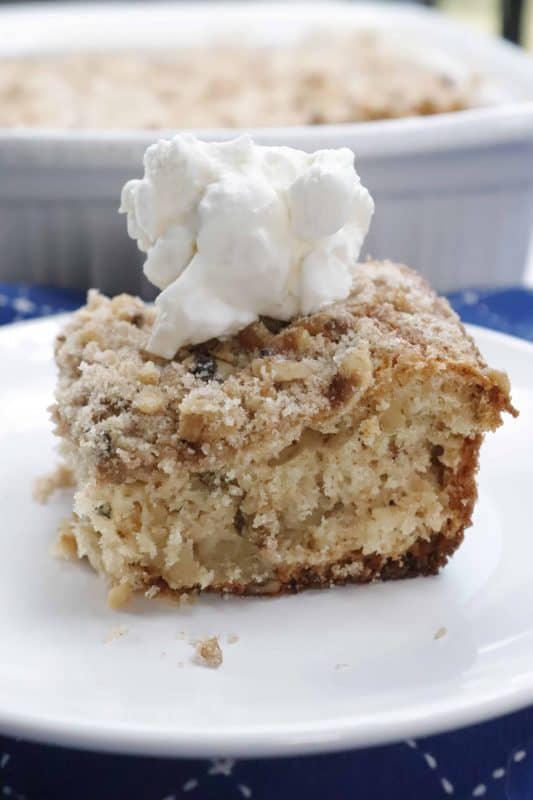 I first had this cake when I was eight years old. How I know my exact age when first trying it is something I’ll get to in a minute – hang on folks, we got a tangent coming on!

When I was a little girl, my dad always bought us season tickets to the UAH Chargers hockey games. Yes, there is Hockey in Alabama. Hard to imagine, I know, but we have always had a great hockey team. In fact, at the time I wrote this post, the current “to do” in Charger Hockey was that Goldie Hawn and Kurt Russell’s son, Wyatt, was playing for UAH. So there is the dish on Happenings in Huntsville, AL in case any of y’all woke up this morning and were just DYING to know what was going on in my home town…

Where was I? Oh yes, season tickets to Charger Hockey. Daddy bought season tickets for the entire family and we went to every single home game, all five of us. Mama cross stitched, I read books, my sister took barbies to play with, and my brother sat somewhere near my dad, scarfing down nachos and concession stand pizza while waiting for a fight to break out on the ice. Oh, and my dad watched hockey. I guess he was the only one who didn’t have a hobby. 🙂

I swear I read every book Judy Blume ever wrote with the sound of hockey in the background. If you’ve never been to a hockey game, you might not understand how well adapted I am to tuning out noise while focusing on a task. I know exactly how old I was because I remember reading Ramona Quimby, Age 8 – and I thought it was so neat that I was age eight at the time.

What does Hockey have to do with this cake? I’m getting to that part. Our season tickets were reserved seats and so were those of Mr. and Mrs. Hiles, who sat directly behind us. Mrs. Hiles was a lovely woman with a heart of pure gold. She was also the first person of the northern persuasion I had ever met and to me her Pennsylvania accent made her seem foreign and exotic.
Each week, as soon as we saw Mrs. Hiles, the first thing we’d ask was “Did you bring your SEWING KIT?”. Our eyes would light up as we searched around where she sat, hoping to spy it. I don’t really know why we even bothered asking, because I can’t remember a single hockey game that she didn’t bring her sewing kit to. Now some of you might be wondering why an eight, seven, and eleven year old would be so excited about seeing a sweet little old lady and her sewing kit but this wasn’t an ordinary sewing kit.

Mrs. Hiles would smile, giggling softly while she opened her kit, pulling out the top layer of thread and fabric, and revealing the bottom – filled with homemade chocolate chip cookies! The Von Braun Center didn’t allow outside food so she always baked these fresh and smuggled them in just for us!

She and my mother became fast friends and shared many recipes over the course of countless hockey games. This is my personal favorite from her collection. Serve this cake warm, with homemade whipped cream over the top, and you’re in for a treat unlike any you’ve ever known!

I really enjoy it because it isn’t too sweet. I’m not a big icing person, but give me fresh whipped cream oozing down over warm cake and you got a happy camper on your hands! 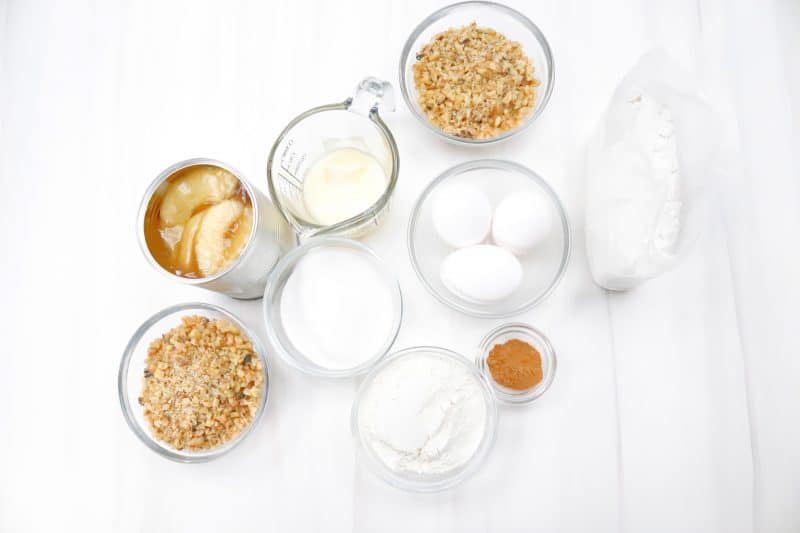 For the cake, you’ll need: a box of white cake mix, some chopped pecans, a can of apple pie filling, and three eggs.

Use whatever cake mix brand you prefer. I know they’ve changed sizes slightly but this recipe still works fine. Unfortunately, after a lifetime of devotion, I no longer recommend Duncan Hines due to several test kitchen fails with their current formulation. 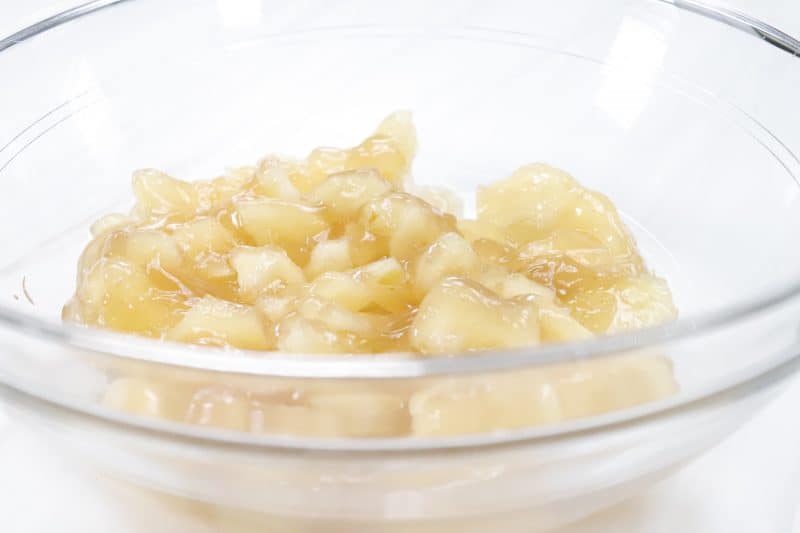 The original recipe said to “beat the apple pie filling” to break it up a bit but I guess apple pie filling must be sturdier these days than it used to be because the one time I tried to beat it, nothing happened except whole apple slices sloshed around in my mixing bowl for a minute or so.

What I do is just pour it out onto a plate or in a bowl then get a knife and kind of coarsely chop it up a bit. 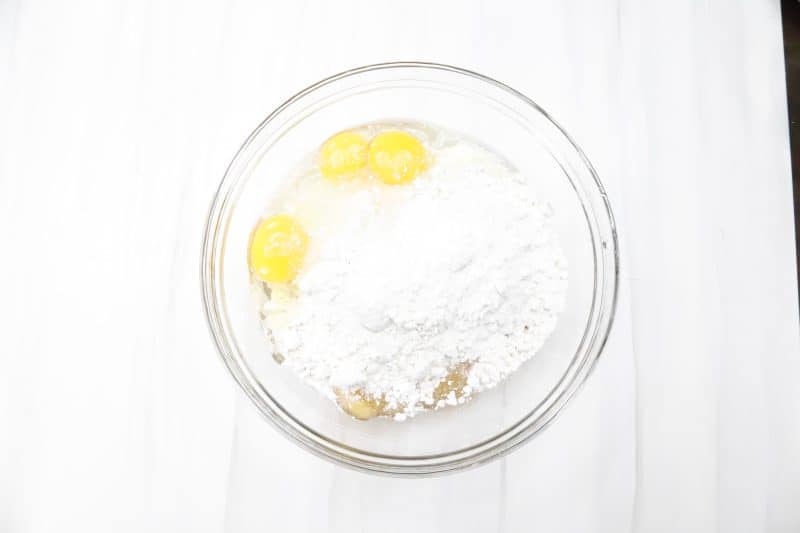 Now, place all ingredients for the cake into a mixing bowl. Using a large spoon or spatula, stir this up until well combined. Set aside. 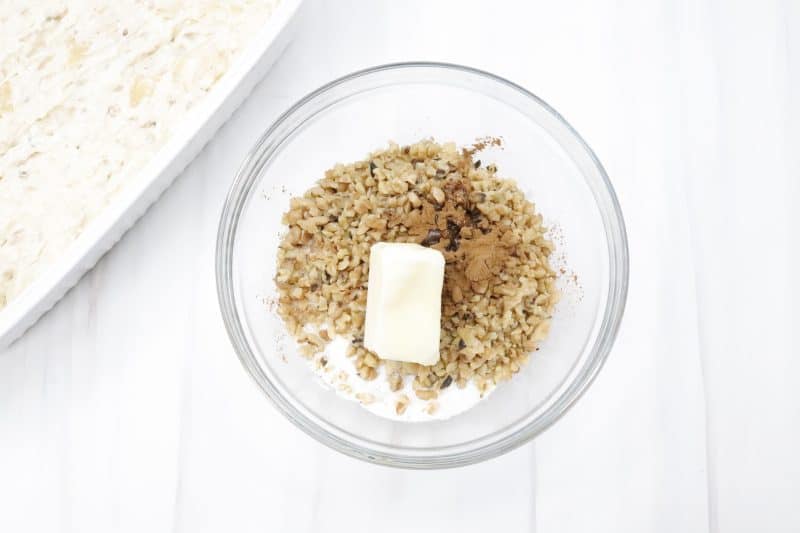 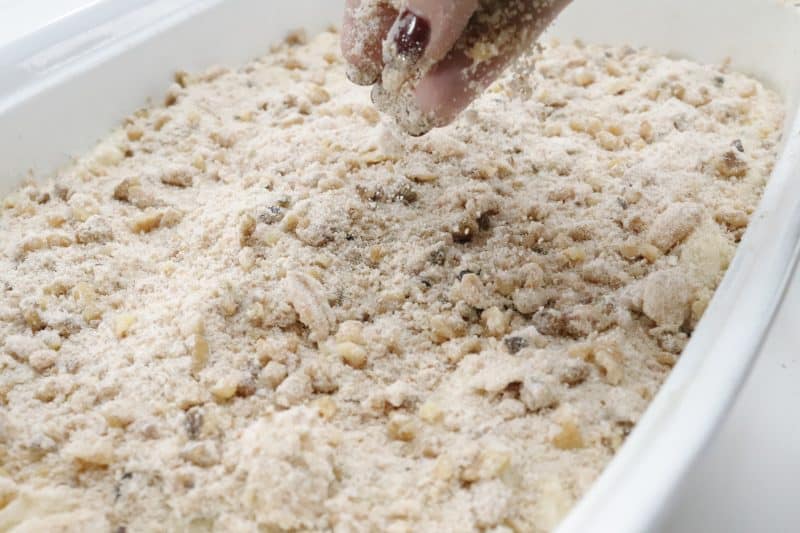 Spread batter into a greased 9×13 baking dish and sprinkle the topping evenly over. 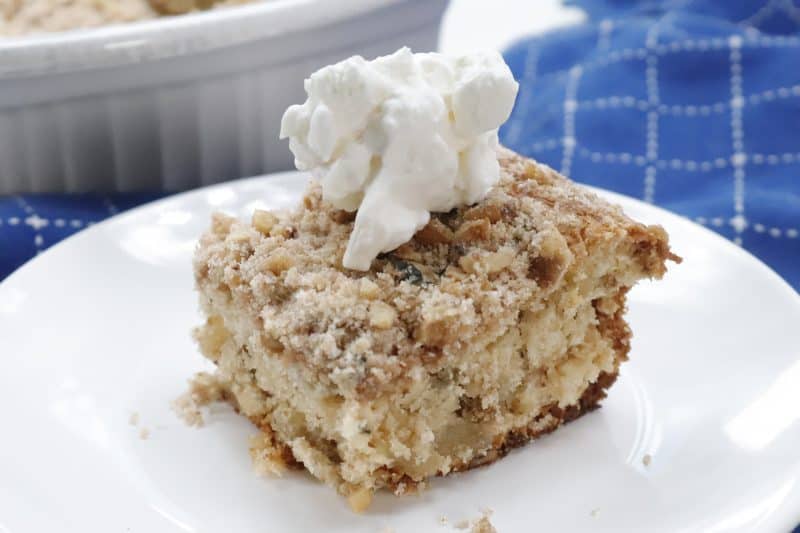 I love to serve this warm with homemade whipped cream on top! 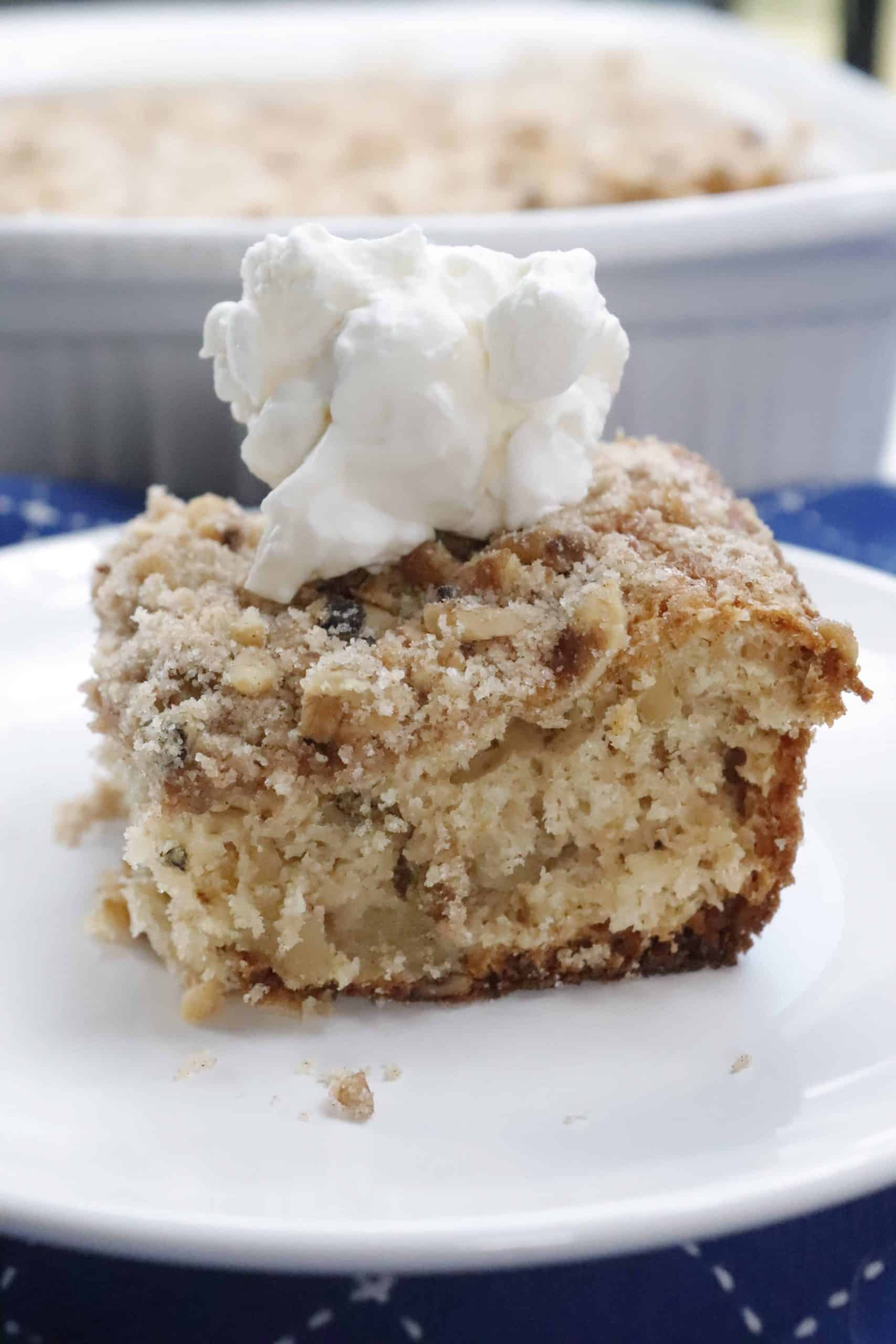 *In place of homemade whipped cream you can use your favorite whipped topping. 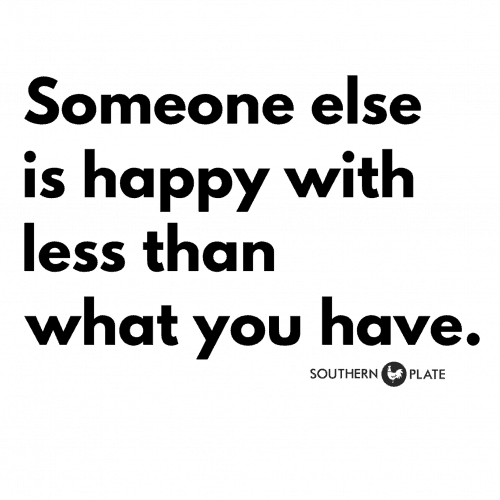 < Previous Post
Chocolate Fudge That Can Take Over The World
Next Post >
BIG News About Velveeta and Me! (and Mama’s Mac and Cheese)
Subscribe
Login
92 Comments
Oldest
Newest Most Voted
Inline Feedbacks
View all comments