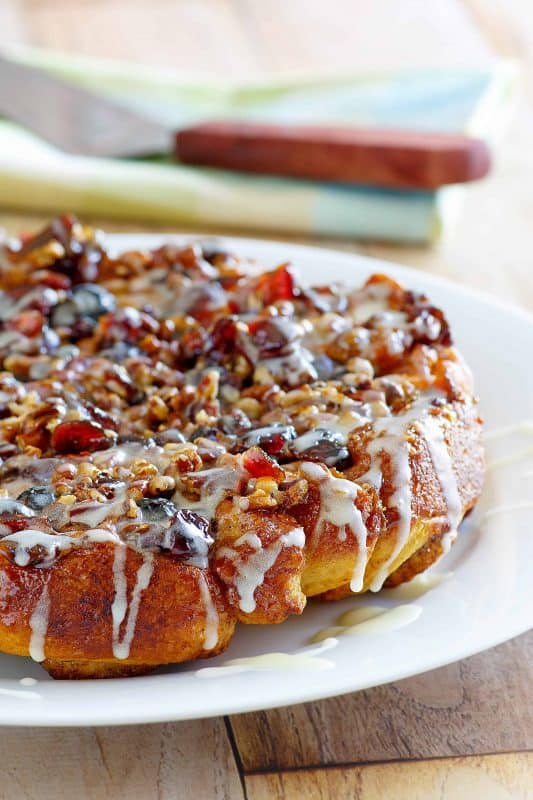 Y’all, there are some awesome recipes on the internet! And I want you to know that I greatly appreciate you coming to Southern Plate time and again. My goal is to share recipes that I love and feed my own family in hopes of inspiring you and making it a little easier to gather around the table with your family.

Today I’m sharing my version of a recipe that I found on Pillsbury’s website. As much as I love making homemade cinnamon rolls (especially my easy stuffed cinnamon rolls), I use these little canned flaky cinnamon rolls on a regular basis. I generally make them as a quick dessert in the evenings with coffee. If you’ve been serving them as breakfast only, you’re missing out!

Anyway, today I’m sharing my version of this cranberry orange cinnamon roll recipe. I’m using plain cinnamon rolls with buttercream icing, but feel free to use Pillsbury’s orange rolls with orange icing instead, which is what they use in the recipe. To be honest, they’re my favorite, but any type of cinnamon sweet roll works.

All you need to do is combine the brown sugar and melted butter in the bottom of a cake pan to make our caramelized glaze. Then we scatter dried cranberries and chopped pecans on top before adding the cinnamon rolls. All that’s left to do is bake the cinnamon rolls before turning them upside down so all that delicious flavor is on top of the flaky cinnamon rolls. Add the icing and you have yourself the most delicious cranberry cinnamon buns imaginable.

By the way… this post is in no way sponsored by Pillsbury, but I did request and receive permission from them to share this recipe on SouthernPlate. 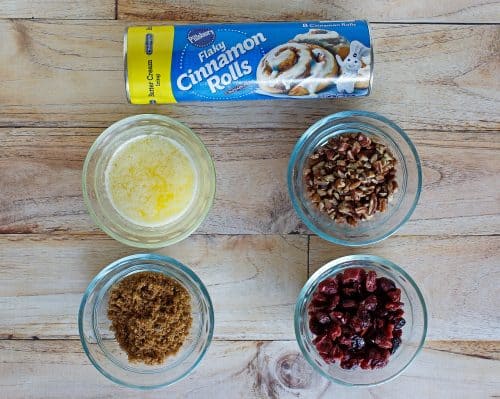 How to Make Cranberry Cinnamon Rolls 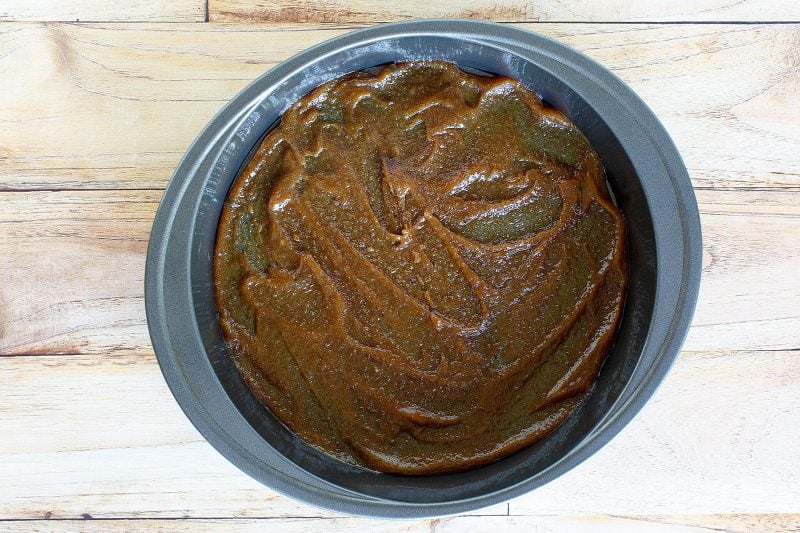 Spread this over the bottom of a nonstick 9-inch round cake pan.

You don’t have to grease it because of the butter, but it does need to be nonstick.

Sprinkle with dried cranberries and nuts.

Open the rolls and arrange the dough in the pan. 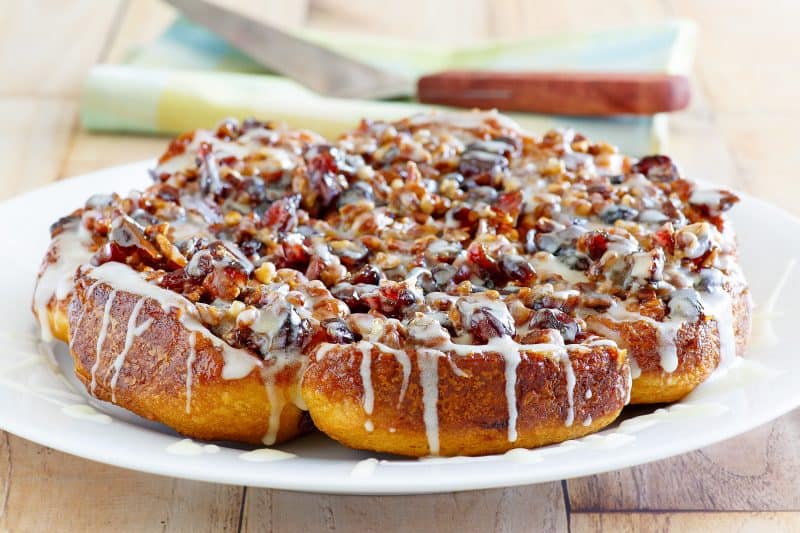 Let the pan sit for five minutes before removing the cranberry cinnamon rolls from the inverted pan. 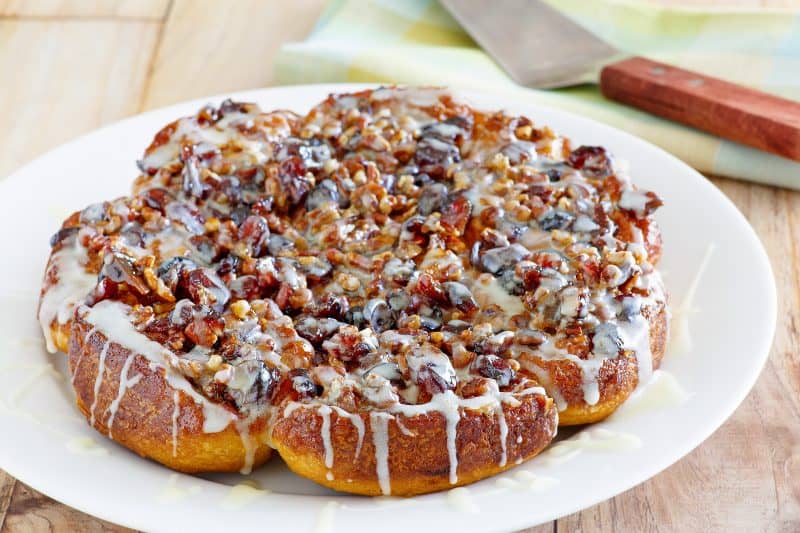 If the icing is in a packet, snip the end off of it and drizzle it over the warm cranberry sweet rolls.

If it is in a little tub, spoon it into a ziplock bag, seal it, and snip off the corner to drizzle over the rolls.

Check out these other cinnamon-spiced treats: 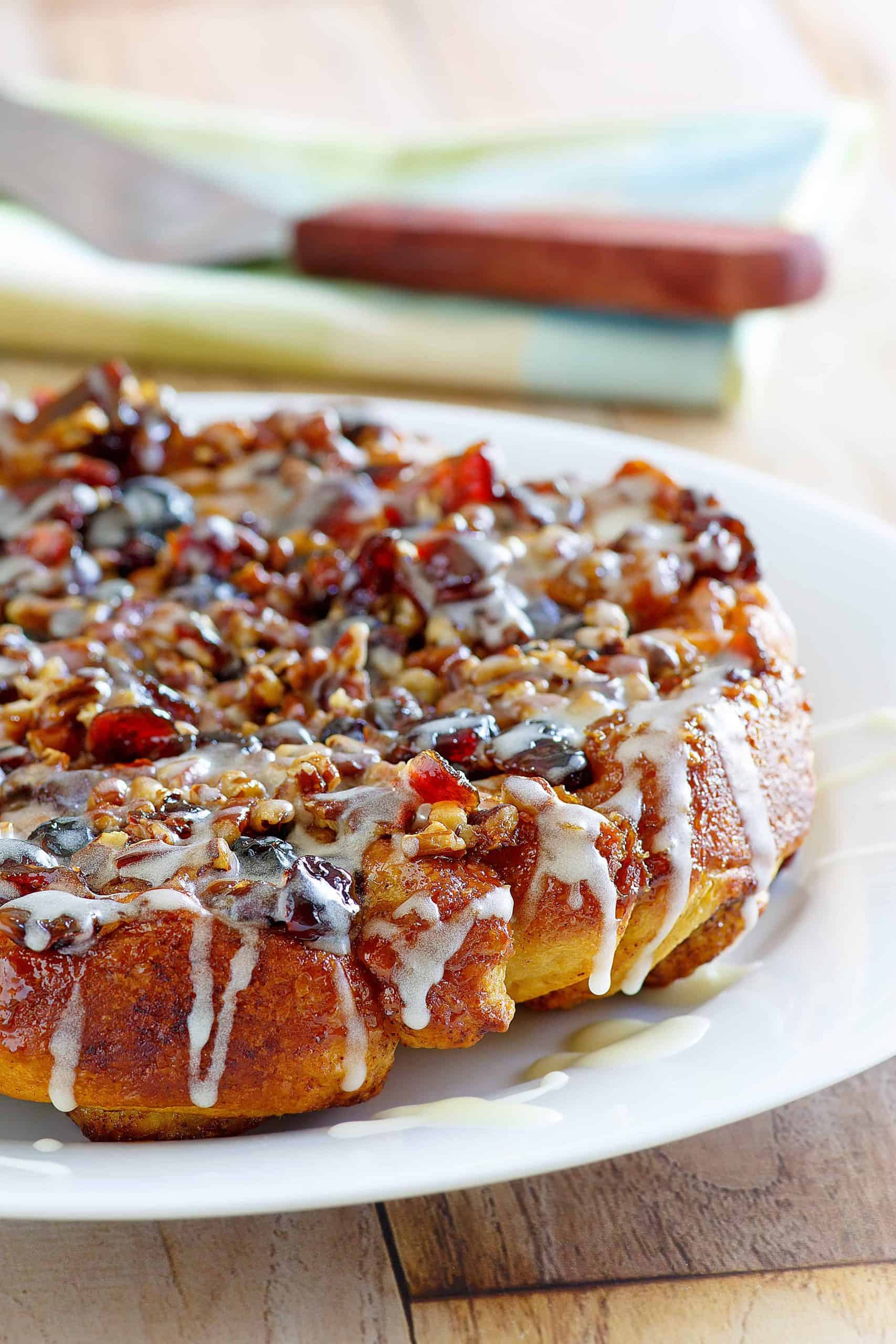 The original recipe for cranberry orange sweet rolls that inspired this one can be found here. 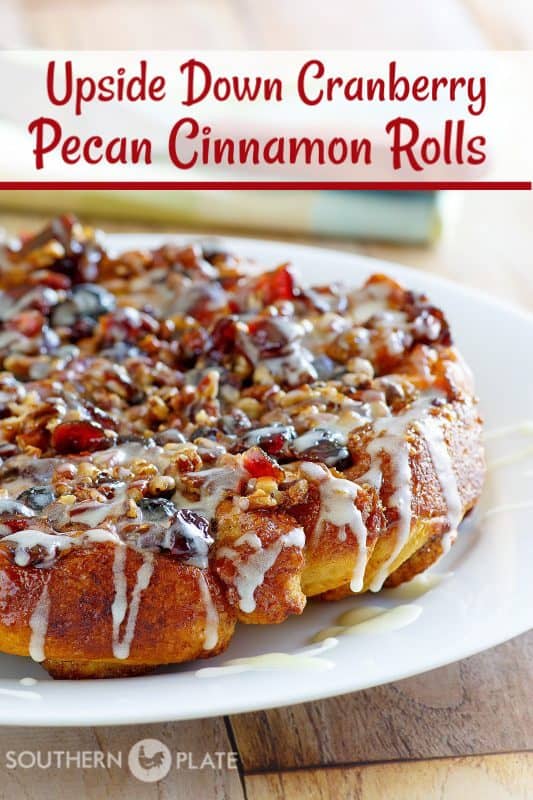 This recipe is a keeper!!! Both my grandchildren love cinnamon rolls (who doesn’t) and I thought this would be a nice after school snack. Well, when my grandson actually comments on something I’ve made, I know it’s a winner. I did have to omit the cranberries and pecans and replaced them with diced apples sauteed in sugar and cinnamon. Forget about an after school snack. They’re taking these in their lunch boxes. Thank you.

I am so glad y’all like them!! I hope you have a wonderful day!!!

This is amazing. Can this be doubled in a 9×13 pan? Can I use fresh cranberries? Thanks.

Thanks for a great looking recipe. Will try this soon, since we love these cinnamon rolls. This may seem trivial, but do the pecans go in after the cranberries. It doesn’t say when to add in your instructions.

Not trivial at all! Thanks for letting me know! I have it in the blog post but not in the recipe card. will fix that now. Appreciate it! 🙂

This looks so good and easy. Love this and sometime I might try the Rhodes frozen cinnamon rolls, that might be good too.

Man oh man those look outrageously good. Another winner for my personal collection.

You are too sweet Bobby!! Hope all is well with you my friend!

This looks so delicious, Christy.

Thank you Julia, I hope you get the chance to try them soon!!

THank YOU 🙂 As always! I appreciate you more than you know!