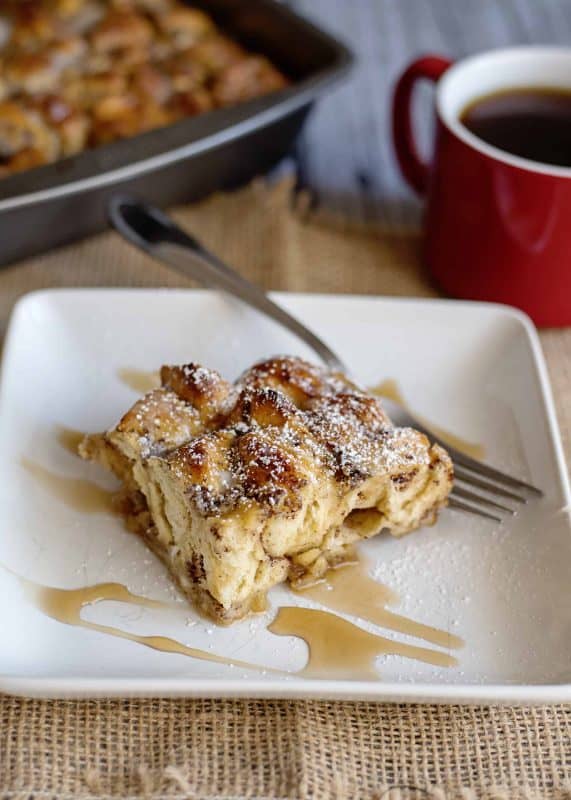 One of my favorite store bought shortcut sweets has got to be canned cinnamon rolls.

They couldn’t be easier to make and everyone loves them, especially hot from the oven with that delicious drizzle of icing. This recipe takes all of those great flavors up a notch, turning canned cinnamon rolls into a magnificent cinnamon roll french toast bake. It’s great if you want to make breakfast a little extra special but are still short on time and it also adds just a wee bit of protein into our favorite treat. Serve them with your favorite pancake syrup or go with the pure maple if you like. I find this goes perfectly with a light side of fruit or fruit salad. 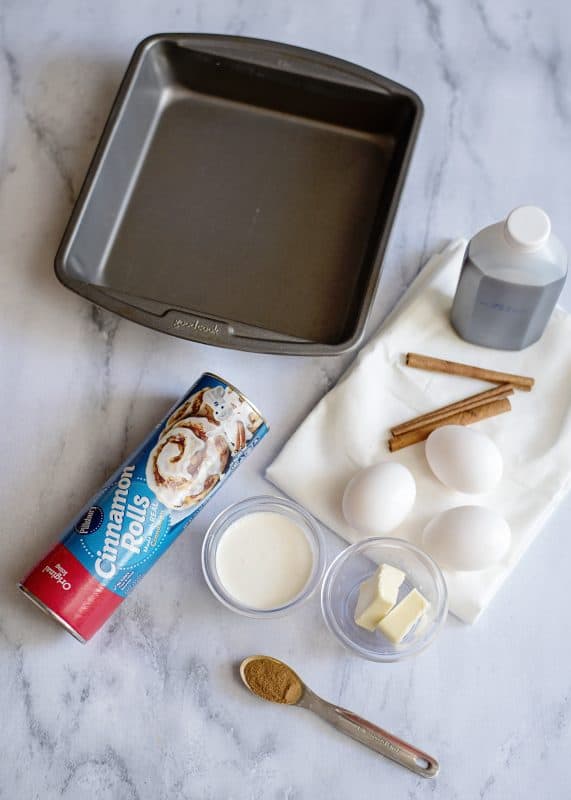 You’ll need: A can of cinnamon rolls, one of the milk options in the recipe (see card at bottom of post), butter, eggs, cinnamon, and vanilla.

Oh, you’ll also need some syrup but it was feeling camera shy and I try to respect boundaries 🙂 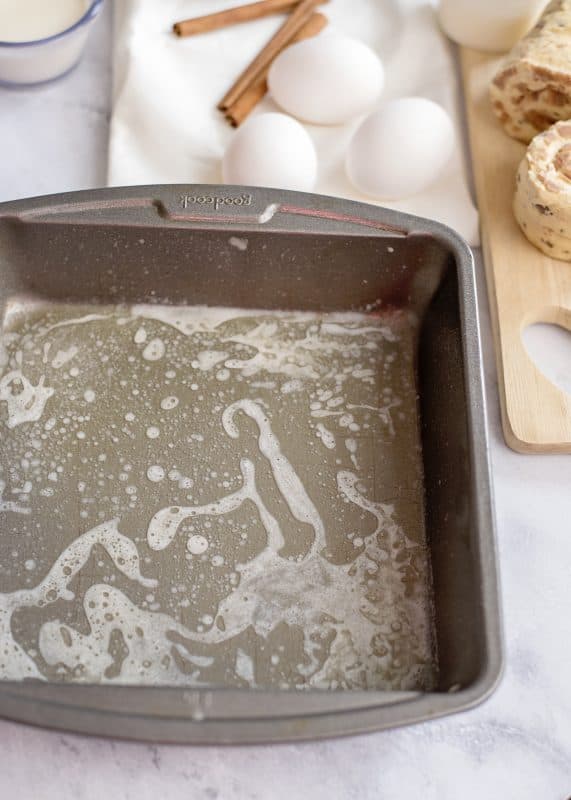 Melt your butter and place it in the bottom of an 8×8 baking dish. 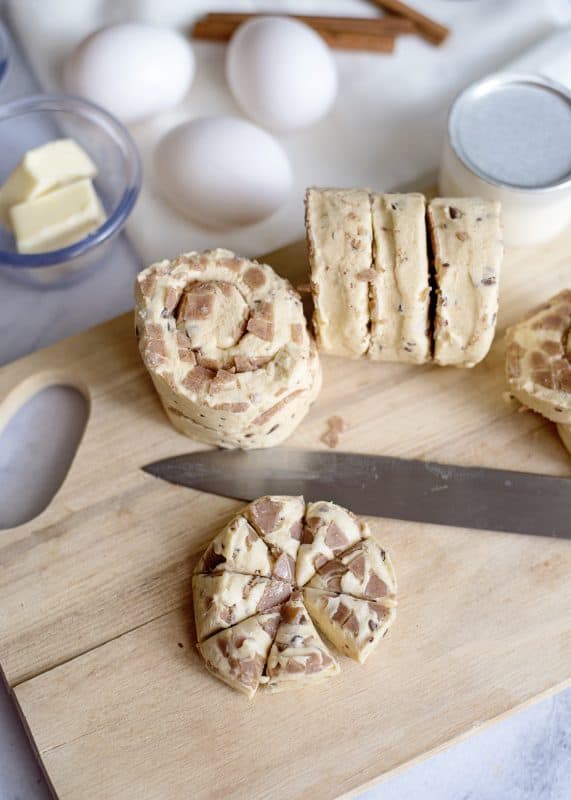 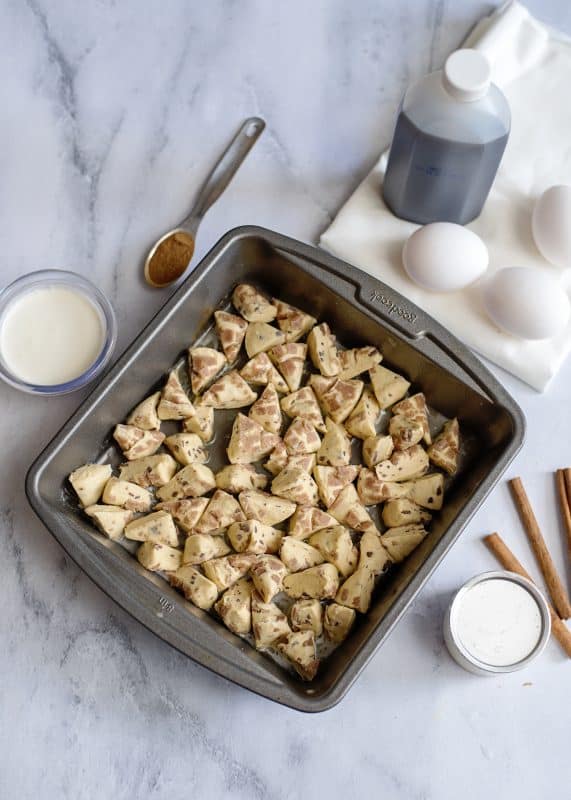 Place them on top of that melted butter. 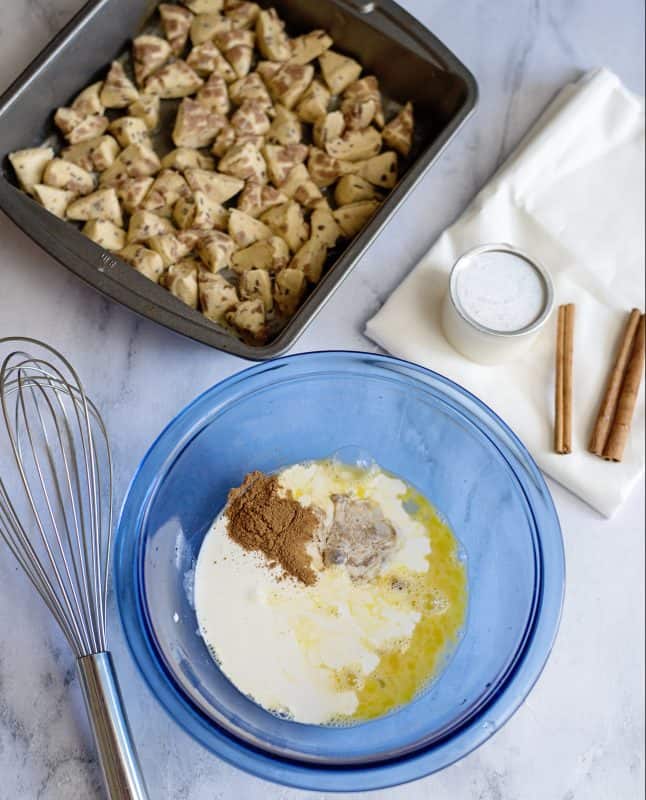 Place eggs, milk, cinnamon, and vanilla in a medium sized mixing bowl and make like Michael Jackson (beat it). 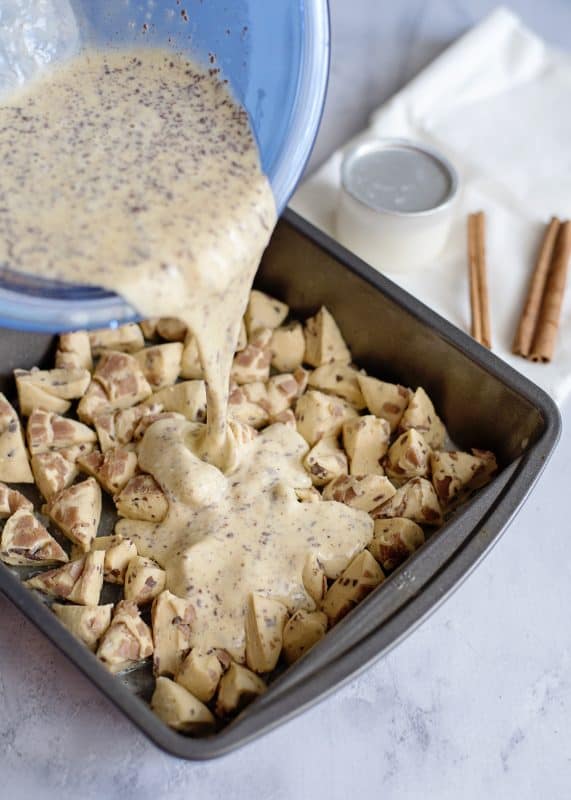 Pour this mixture over your cinnamon rolls. 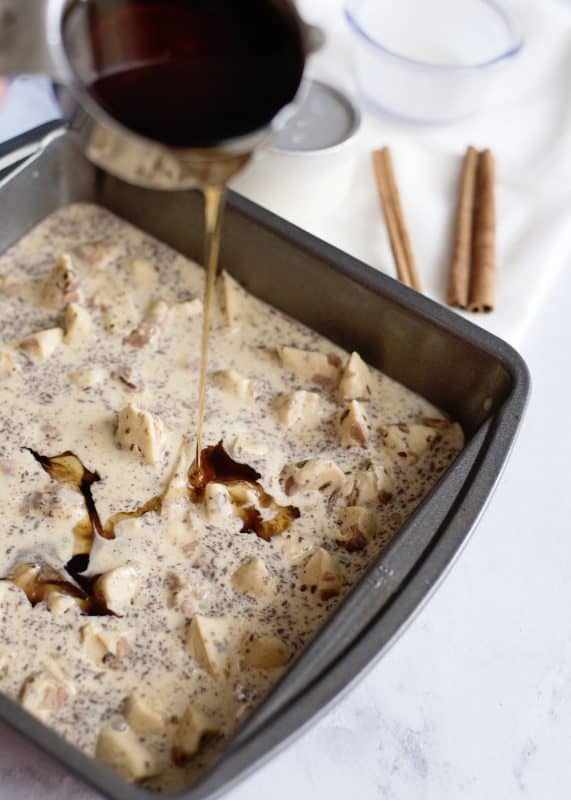 And drizzle some syrup over all of that (exact amounts at bottom). 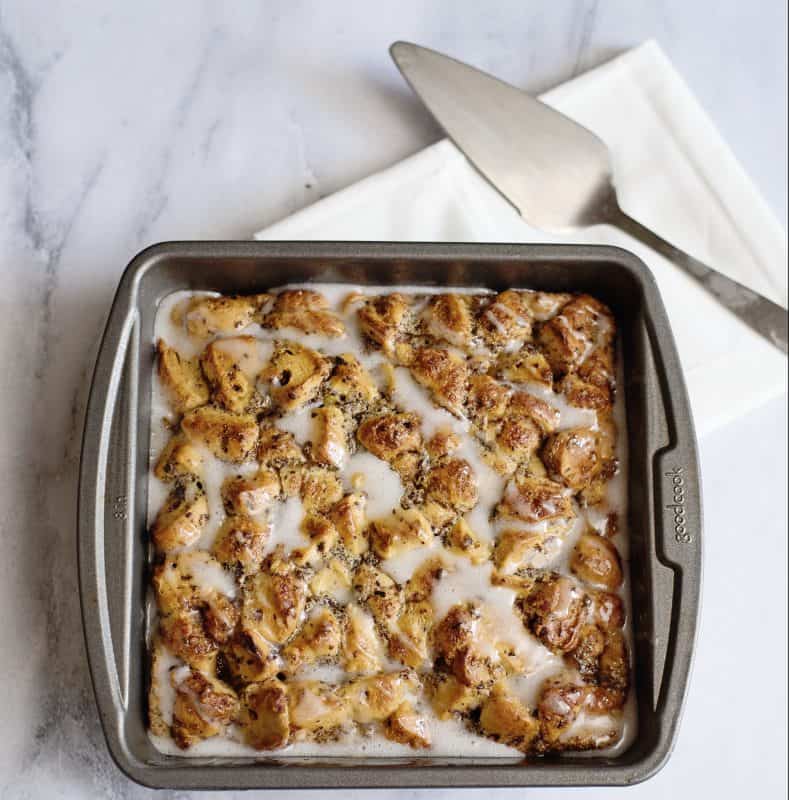 Bake at 375 for about 20 minutes, or until lightly golden on top. Top with icing from can of cinnamon rolls. 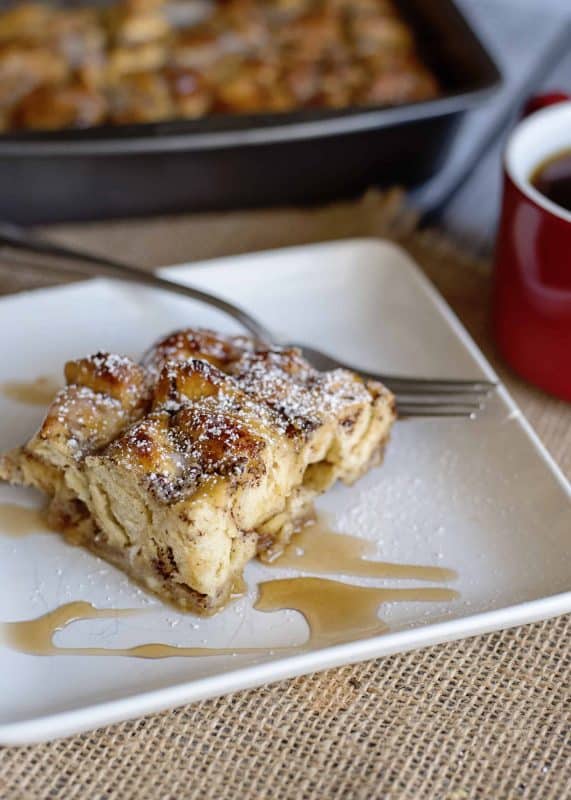 Serve warm, with your favorite syrup on top.

Great as a brunch dish and best served with a side of fresh fruit. 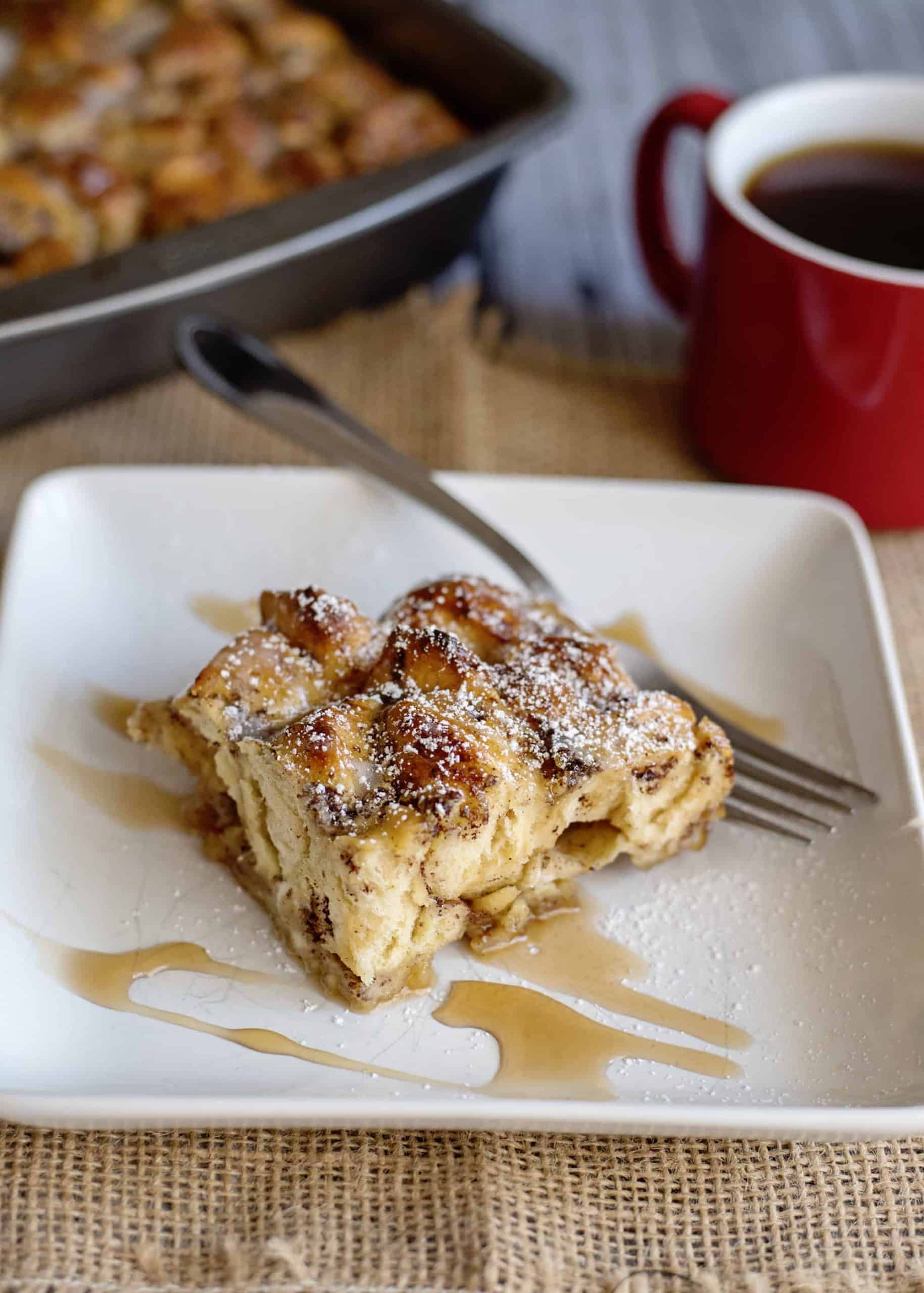 I learned a long time ago never to wrestle with a pig. You get dirty and, besides, the pig likes it. 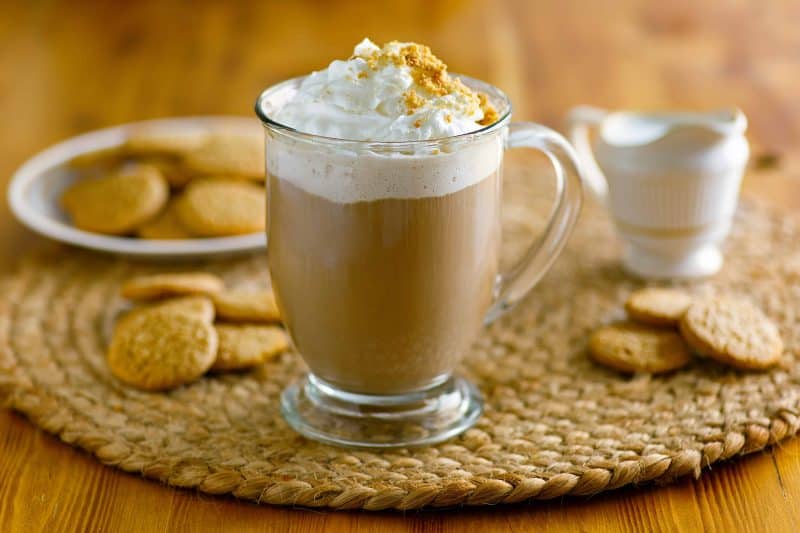 You might enjoy this Gingerbread Spiced Coffee recipe, too!

My granddaughter and I finished making /eating the breakfast cinnamon toast bake.
Very good. I didn’t have a metal pan so I used my glass dish. Is the bottle suppose to be crispy or syrupy?

The SouthernPlate Staff
Author
Reply to  Mae from Wyoming

Hi Mae, am really glad you liked it. I would say the bottom would be in between crispy and syrupy.When cooking with a glass pan instead of a metal pan keep in mind that you should turn the heat down by 20-25degrees F and have to watch it so you aren’t overcooking. It may be done earlier than in a metal pan.