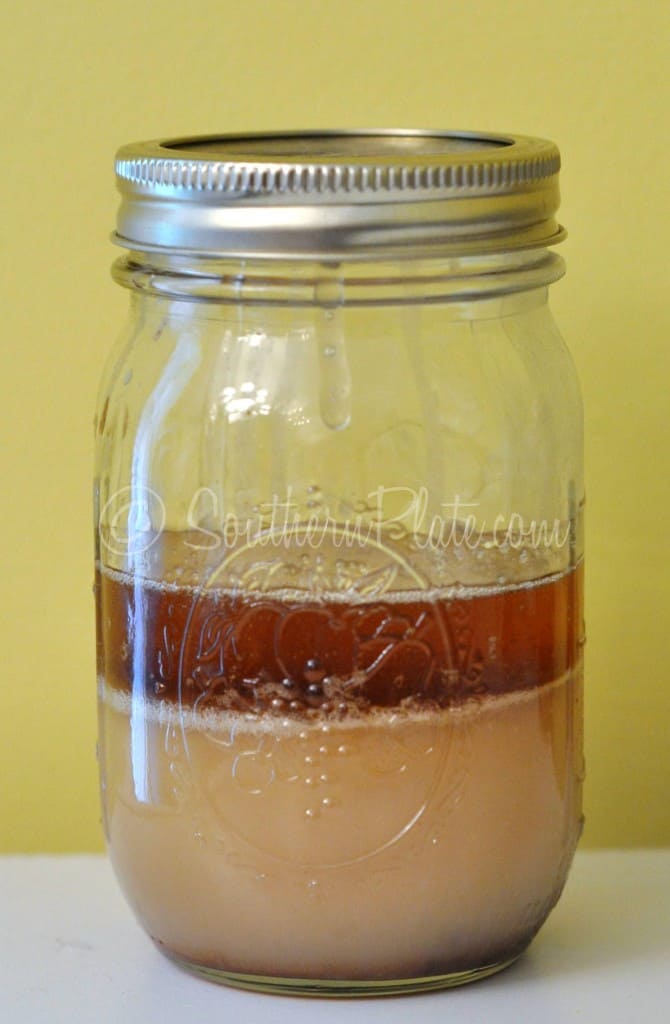 Oh, the wonders of bacon grease!

Southerners are known for our love of bacon grease and the zeal with which we save this “liquid gold”. But I’ve found that a lot of folks are saving bacon fat without really knowing what to do with it. So I decided to write this post in hopes of giving you some ideas and letting you know how it was used in days gone by – and can still be used today.

Note: keep in mind that bacon itself is processed meat, so it is important to limit or for some completely eliminate it in the diet. Some people have to avoid it altogether. This post is strictly for informational purposes and since none of us at southernplate.com are dieticians, doctors, or nutritionists we always encourage you to follow your health professional’s guidance about what the best diet is for you.

The same goes for cooking with homemade bacon grease. It’s probably not a great idea to use straight-up bacon fat with every meal you make that needs oil.  You could if you are allowed to in your eating plan use it when you are sauteing vegetables or in baking and combine it with a dash of olive oil or coconut oil too. 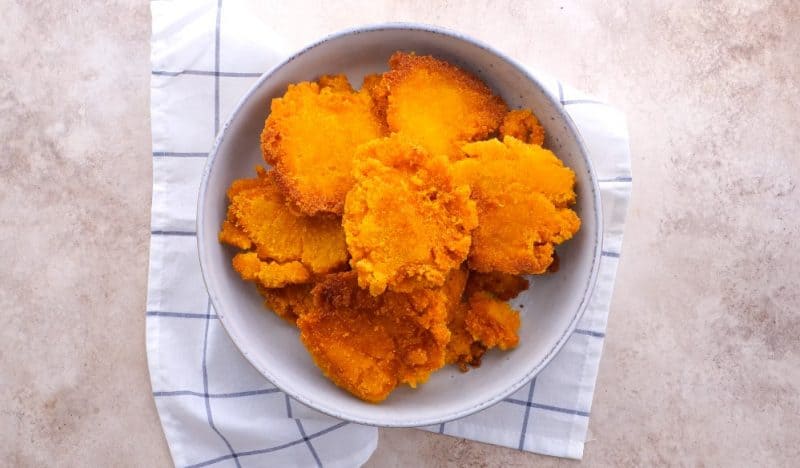 There are so many ways to use leftover bacon grease, including when you make cornbread.

Here are many, many uses for bacon grease:

1. Substitute for oils in recipes and in frying.

Bacon grease is the perfect cooking fat and can be used in place of oils (like olive oil or vegetable oil) in recipes and in frying.

Before you put your cornbread or hoecake batter in that skillet, grease it with a little solidified bacon fat. To make this mess-free, fold a paper towel in fourths and cover your index and middle finger with it. Dip your covered fingers into the bacon grease and wipe the inside of your skillet. Toss the paper towel away when done.

Milk gravy begins with a base of two tablespoons of bacon grease. Heat them in a large skillet, add two or three tablespoons of flour, and cook until flour is browned. Slowly add milk while stirring constantly and continue cooking until gravy is thickened over medium heat. For photos of making gravy, click here.

Many cornbread recipes call for a tablespoon or so of melted bacon grease added to the batter for extra flavor. This makes such a big difference that it’s worth it to save your baking grease for cornbread alone! Click here for my recipe. You can also add it to biscuits and a homemade pie crust as well to make them extra flaky.

Traditional we season beans in the South with a ham bone or bits of ham to add flavor. If you find yourself without any of these, just add two or three tablespoons of bacon grease to the cooking water and they’ll taste just as good. Click here for my recipe.

Fried corn is often called creamed corn. No matter what you call it, adding a tablespoon of bacon grease makes it better than ever and enhances the smoky flavor. Click here for my recipe.

7. Add it to any vegetable side dish.

Another option is to fry up some bacon and set the cooked bacon aside. Pour a little bit of the hot bacon drippings over fresh dark greens and then top with crumbled bacon bits for a wilted lettuce salad like we had in the old days. Check out our fried turnip greens here.

I really and truly will not make fried eggs without a little bacon grease for added bacon flavor. I place a tablespoon or so in my skillet and let it melt, then fry my eggs in it.

Spread some bacon grease into the bottom of a jelly roll pan. Cut potatoes into long wedges with the skin still on them and sprinkle with kosher salt. Place on top of the bacon grease and put in a 400-degree oven until browned, about 45 minutes to an hour. Turn every 15 minutes so they get evenly brown and the bottoms have the chance to oven fry in that delicious grease.

Yep, bacon grease tastes absolutely delicious spread on a piece of crusty sourdough or even cinnamon raisin bread (don’t knock it until you’ve tried it!).

If you’re a savory popcorn fan, heat up a bit of bacon grease on the stove or in the microwave and drizzle it over your popcorn.

12. Add it to your pancake batter.

Pancake and bacon go together like peanut butter and jelly. So obviously one of the best uses for bacon grease is to add either a tablespoon to your pancake batter or spread it on top of your pancake before you drizzle with maple syrup.

Make the best grilled cheese ever by frying it in bacon grease rather than butter. 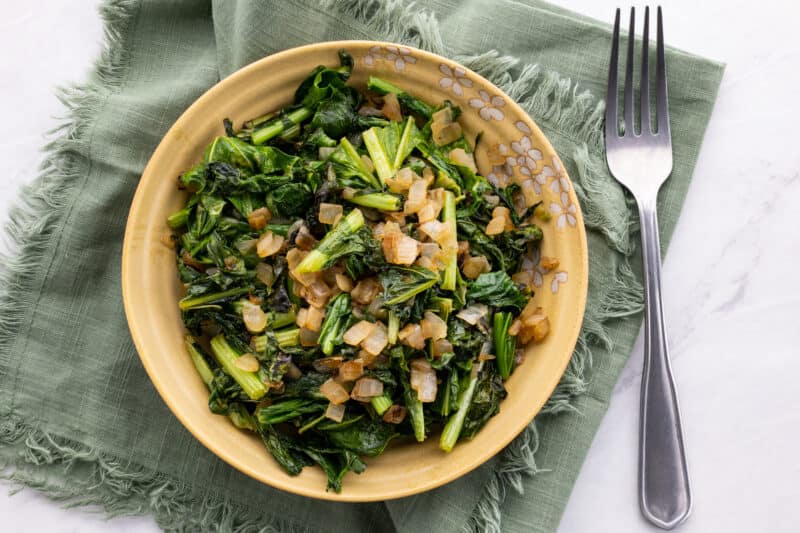 Nothing says Southern turnip greens like adding some bacon grease!

FAQs on Uses for Bacon Grease

With turkey bacon, you will typically have less grease because there is less fat. So although it works very well for the uses described above, I often add a bit of olive oil or coconut oil when I am using it. Both bring some additionally great flavors.

How do you store bacon grease?

Allow it to cool slightly and then pour it into a container. It is important to have one specific container for just bacon grease and make sure not to put any other type of grease in it. Many people strain theirs too. You can use a cheesecloth for draining or an unbleached coffee filter works too.  I enjoy all those little yummy bits of bacon and since I store mine in the fridge or freezer, they’re fine in there. My grandmother always kept a metal soup can on the back of her stove with her grease in it.

Where do you store bacon grease?

Bacon grease is traditionally stored on the stovetop or next to the stove, but nowadays it’s recommended to store it in the refrigerator or freezer. If left on the counter indefinitely, bacon grease will go rancid. This used to not be a problem because it was used and replenished so often back in the old days. But now that we aren’t using it as often, it’s best to store it safely in the fridge or freezer. If bacon grease goes rancid, you WILL know it and you will not want to use it. The refrigerator guards against this and your bacon grease will last for months and months and months!

Another bonus to storing bacon grease in the fridge is that room-temperature bacon grease remains a little on the liquid side. Refrigerated bacon grease solidifies and becomes the consistency of shortening, making it super easy to measure and scoop out whatever you need for recipes.

How long does bacon grease last?

When stored in the fridge, bacon grease lasts for up to three months.

Can you freeze bacon grease?

Yes, bacon grease can last indefinitely in the freezer if sealed well. Every now and then a jar will fill up and I just seal it and put it in the freezer. Then, I start another jar in the fridge. It never hurts to have extra.

How do you know if bacon grease has gone bad?

Remember, when in doubt, throw it out!

If you are looking for some more information about bacon and bacon grease check out this Healthline article here.

I realize I missed out on posting a picture to you, but I guess I am strange as I have always used the old style coffee can (the ones that were metal) for mine. A few of the store brands still use the metal cans. I have to wait until it cools a little to put the plastic lid back on, but it works great! I had never thought of freezing, so I LOVE that idea, thank you, as always, Christy! I will say that my industrious teenager has tried to throw out older jars or cans of bacon drippin’s only to find me almost having a fit! LOL Poor thing has not touched those jars/cans since.

I never fry okra in anything but an iron skillet with bacon grease! Wonderful!

Do you strain the bacon grease or leave the bits of bacon in there? How long does it last in the fridge?

Hey Christy! I talked a little about this in the post. I personally don’t strain mine. I just went into the “storing bacon grease” section and answered your other questions. Thank you so much for reminding me! YOU ROCK!
p.s. Love your name 😉

My bacon grease story is I had it in the refrigerator in a custard cup with a plastic lid. We only have bacon once a week. I was cleaning out the fridge and thought is was milk gravy and started to scoop it out with my fingers to toss in the disposal. Ooops! It was bacon grease. Even after several washing my hands smelled like bacon all day.

I use bacon grease to season beans, greens and for frying eggs. I use it along with a little peanut oil to fry potatoes. When you make mayo sub. half of the oil for bacon grease. Its wonderful on tomato sandwiches. Especially if you use a really smokey flavored bacon.

Ohhh, YUM! Wish I still had some of my wonderful Purple Cherokee heirloom tomatoes to enjoy this.

LOVED that video about the importance of bacon grease! What a delightful way to share this day – enjoying each other’s bacon grease collection containers. Never put mine in the refrigerator before, but will do from now on. If Christy says that’s where it should go, then so be it.

I just love you Sheila!!! Isn’t that video the neatest thing?

I thought I’d seen every Disney movie ever made but obviously not!

IT REALLY IS THE NEATEST THING! THANKS FOR POSTING!