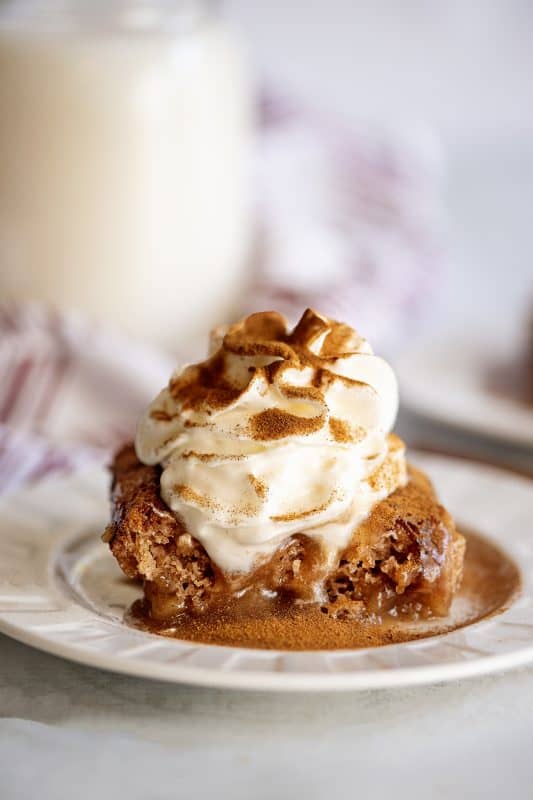 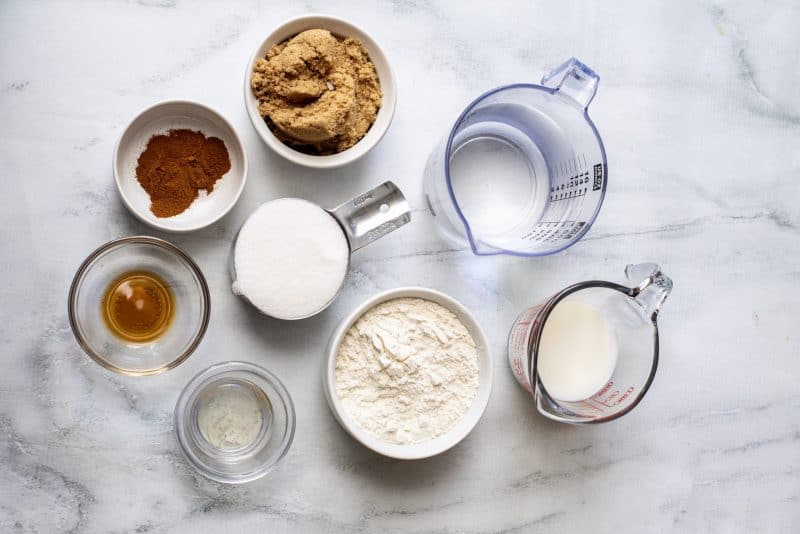 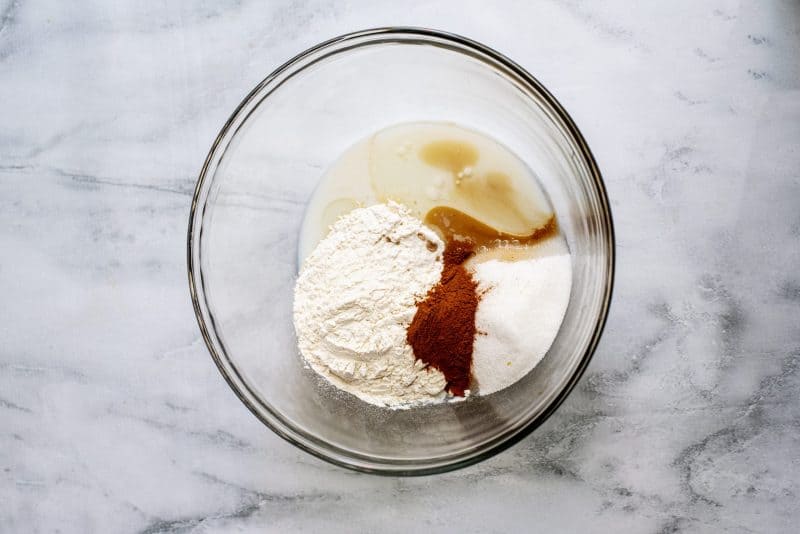 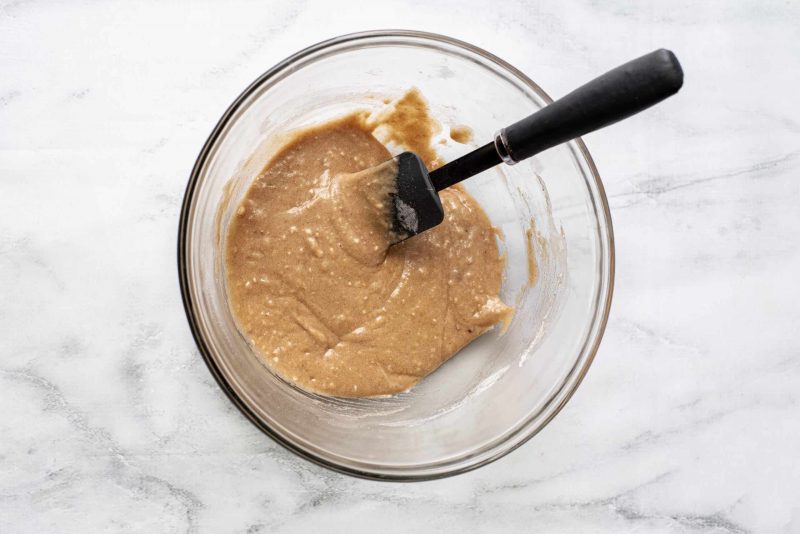 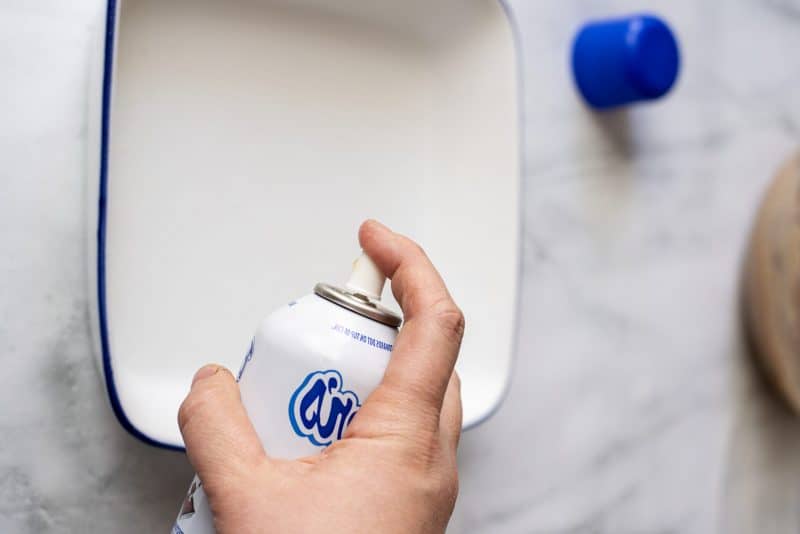 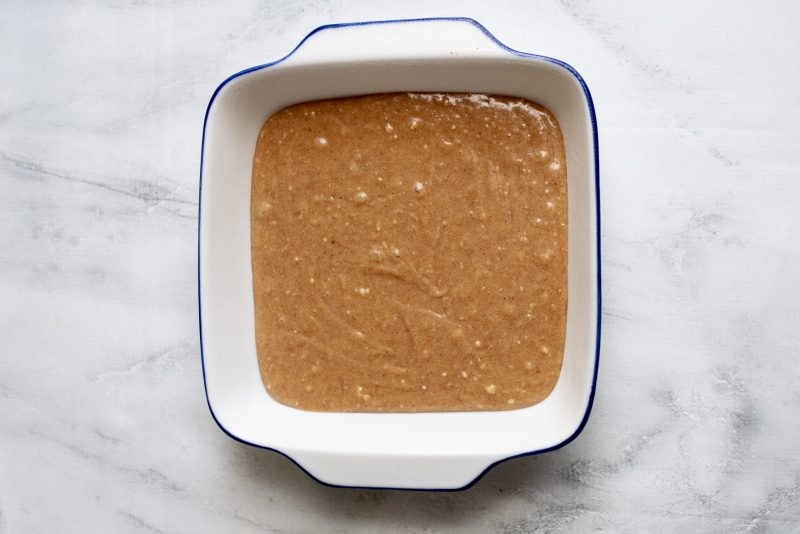 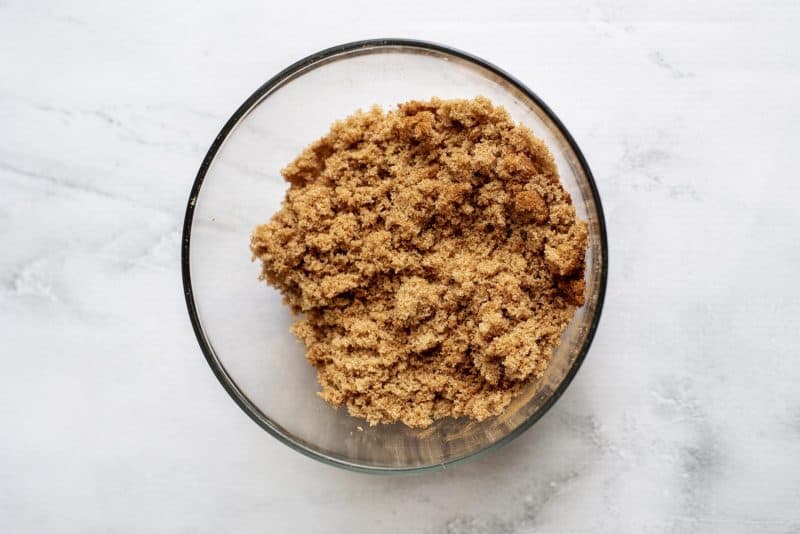 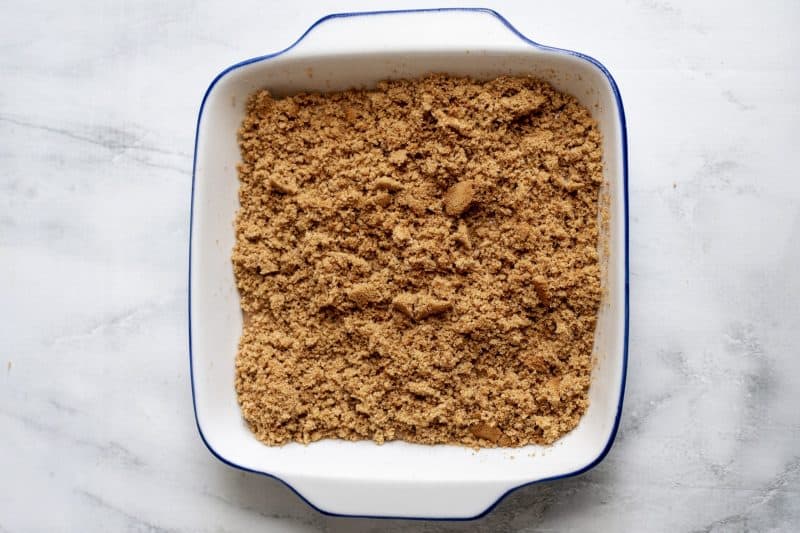 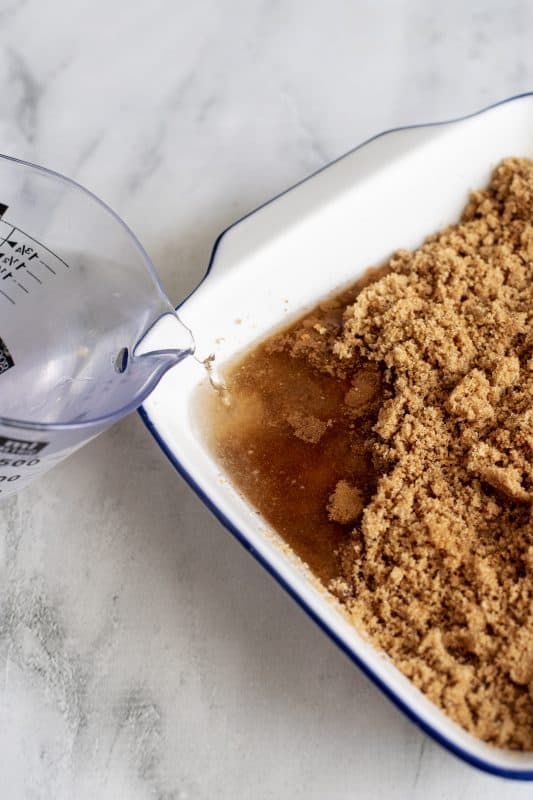 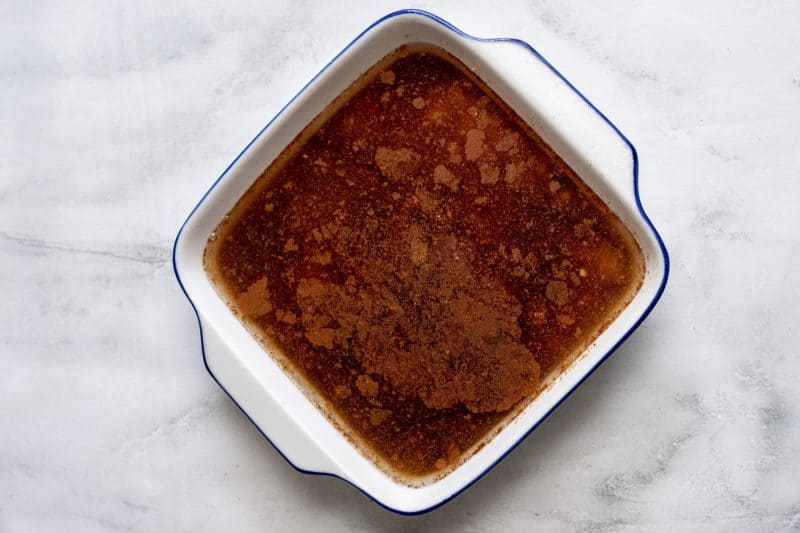 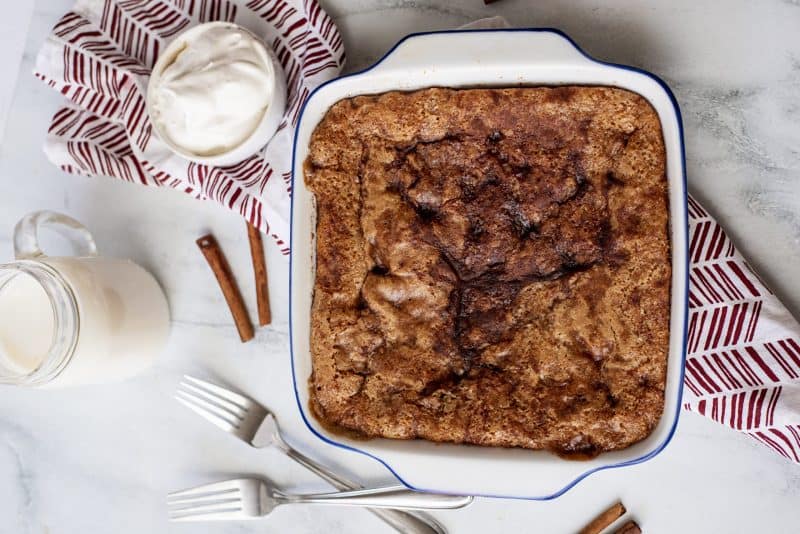 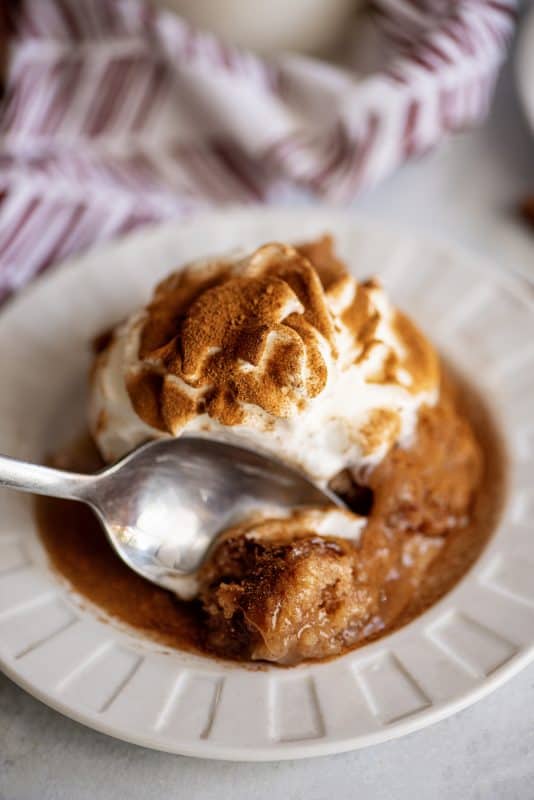 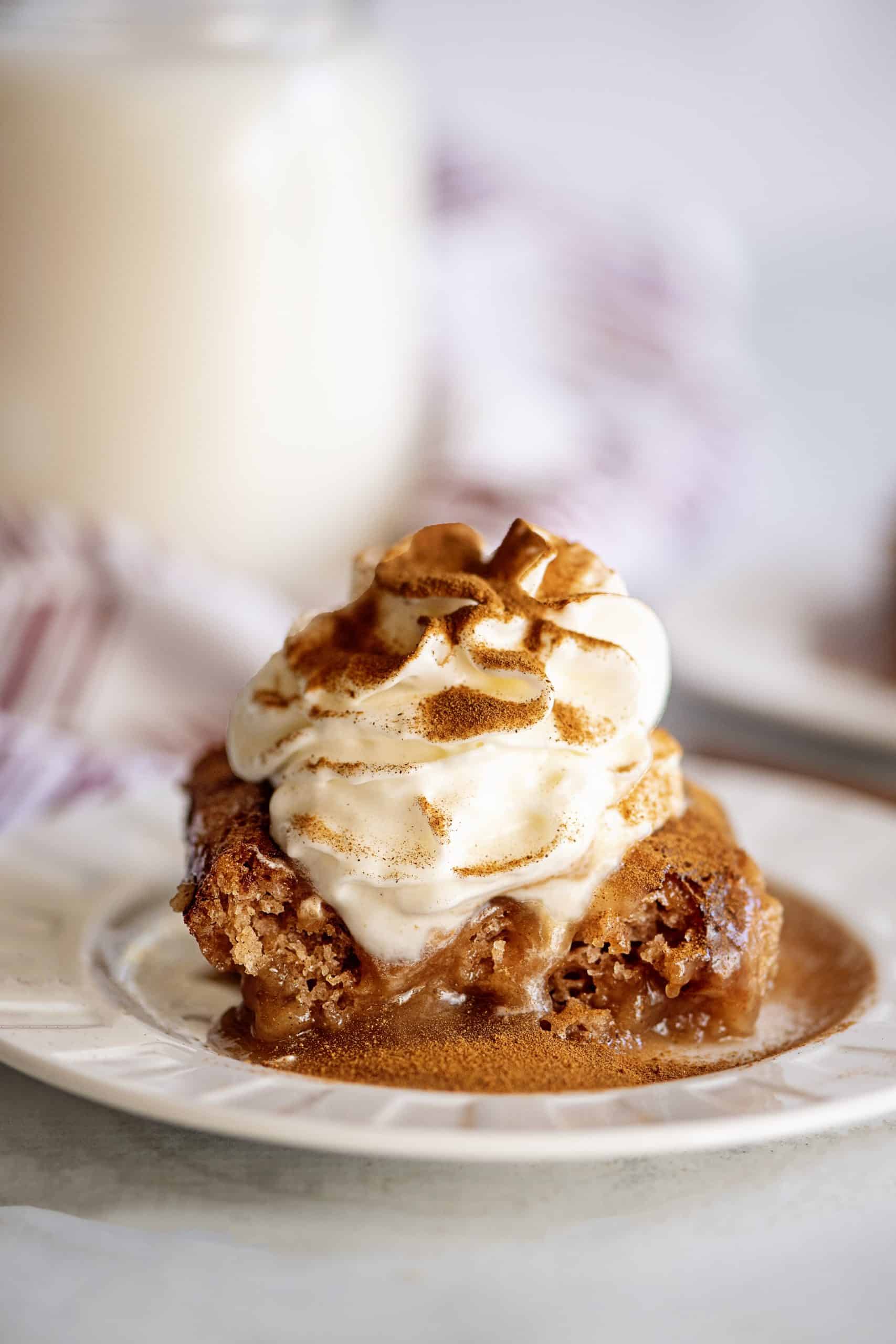 I can’t wait to try this recipe this weekend! My choice for free food would be peanut butter. We go through a lot of peanut butter, even the dog gets his share!

Free for life? Oh, BUTTER BUTTER BUTTER!!!!!! Second choice? BACON BACON BACON!!!!! Third choice? STRAWBERRIES!!! Love this site, feel like I am hearing from Southern friends from all over! Happy 2016!

Am making this as soon as I get home, Colorado. Taking a break from the freezing temperatures there so am basking in the warm sun in Cabo San Lucas reading Southern Plate. Can’t get any better!

Oh my goodness, and just like that I feel like I am sitting beside you on a beach somewhere. We’re out of iced tea, be right back… 🙂

I am allergic to cinnamon, I bet nutmeg, allspice, or mace would taste really good

When I am making chocolate cobbler or this, I pour the hot water into a large mixing spoon held in my other hand and allow the water to flow over the bowl of the spoon. It acts as a deflector so no holes form in the batter.

Great tip Elaine!! Thanks for sharing!

Christy, I love your book and receiving your inspirational emails. Just know that you are a blessing to all the lives your have touched. And, if you get a negative message, just know that there are hundreds of us who support you and are happy that you have found success. The food that I would want free all year would have to be ice cream. It is a “food group” in our house!

Mt one item would be Butter, A l;ot of items would be better with butter, if the price was right. Love to you and family.