I just finished a facebook LIVE video, visit my facebook page and scroll down to see it. 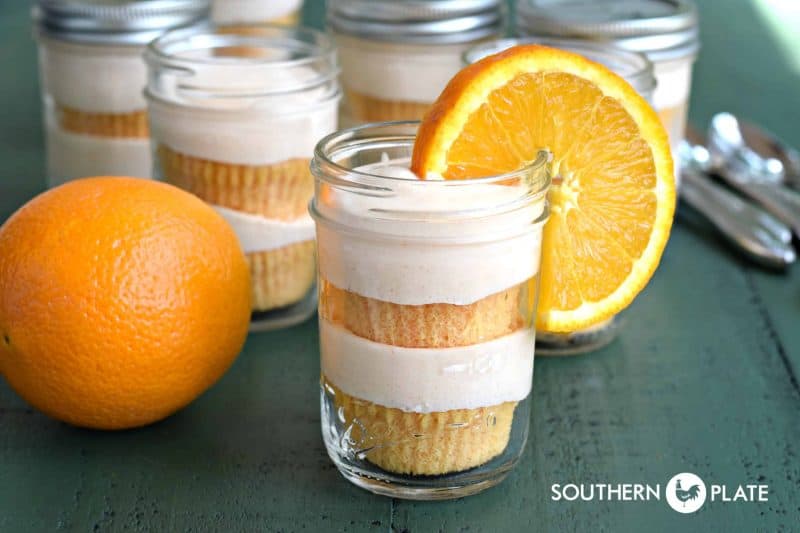 Hey sunshine people! That’s what I think about whenever I ruminate on orange flavored anything. Oranges = sunshine to me. Only it’s sunshine that you can eat and that’s almost as good as a beautiful sunny day.

For most of the people I know who grew up when I did, Creamsicle is a favorite flavor because it makes us think of those beloved popsicles, frozen creamy goodness on the inside and icy orange juicy coating on the outside. This dessert combines those flavors in a convenient little jar, perfect for rationing out to your kids and their friends through the week or for tossing in the cooler and transporting to a family reunion or barbecue on the weekend.

They’re done quick as a wink, but I’ve done winked so many times since beginning to write this post that I’ve lost count! Better head on into the kitchen now… 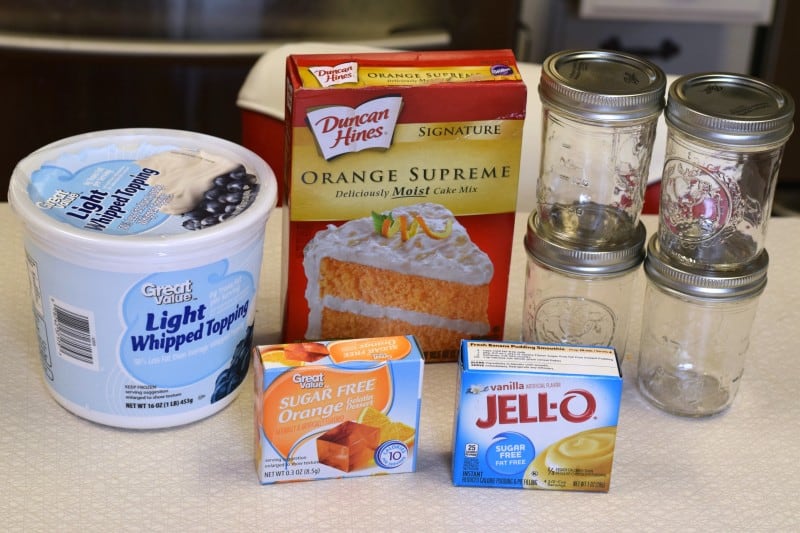 *If you want to use regular cake mix or a homemade cake recipe, make the cupcakes and then brush the tops with thawed orange juice concentrate.

**Yes, we know this has hydrogenated oils and a plethora of other ingredients. We all have the internet, too. 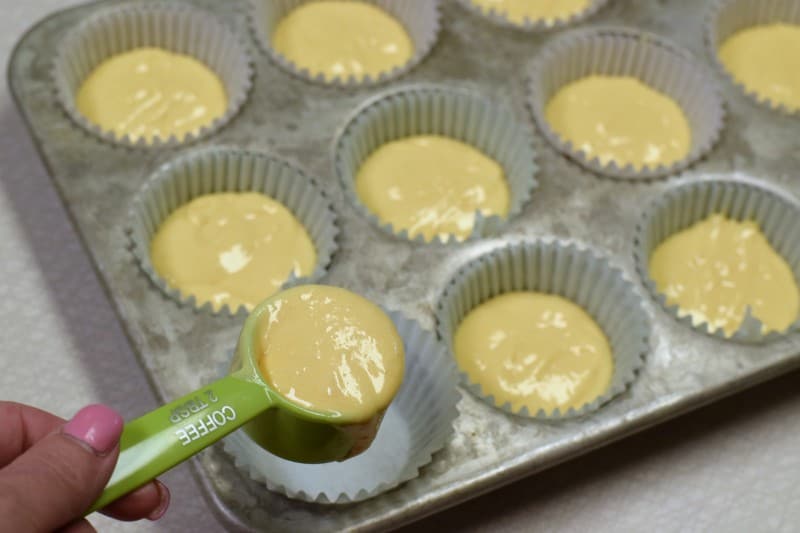 Mix up your cupcakes according to package ingredients. Line a muffin pan with papers and divide batter evenly among 24-30 cupcake papers. Note: I am using a coffee scoop to put exactly 2 tablespoons of batter in each one so I ended up with 30 – and my cupcakes are a nice, even, uniform size. 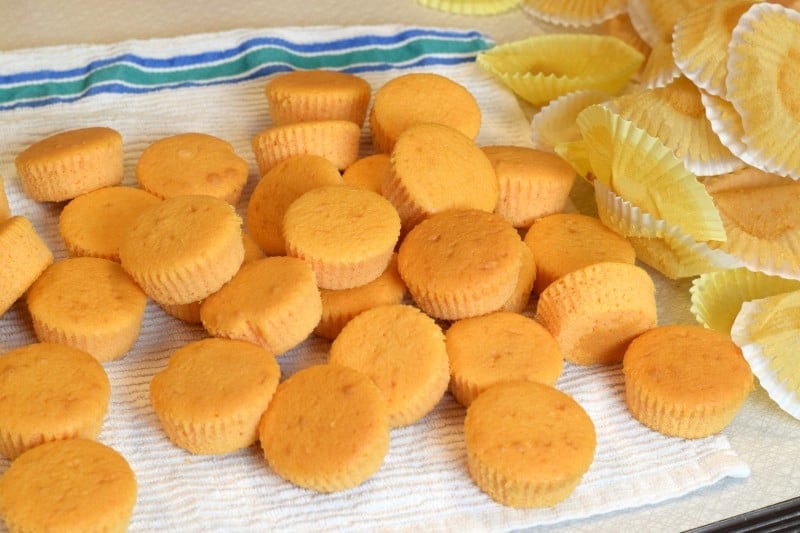 Bake them according to package (or recipe) directions and then allow to cool completely before removing cupcake papers. 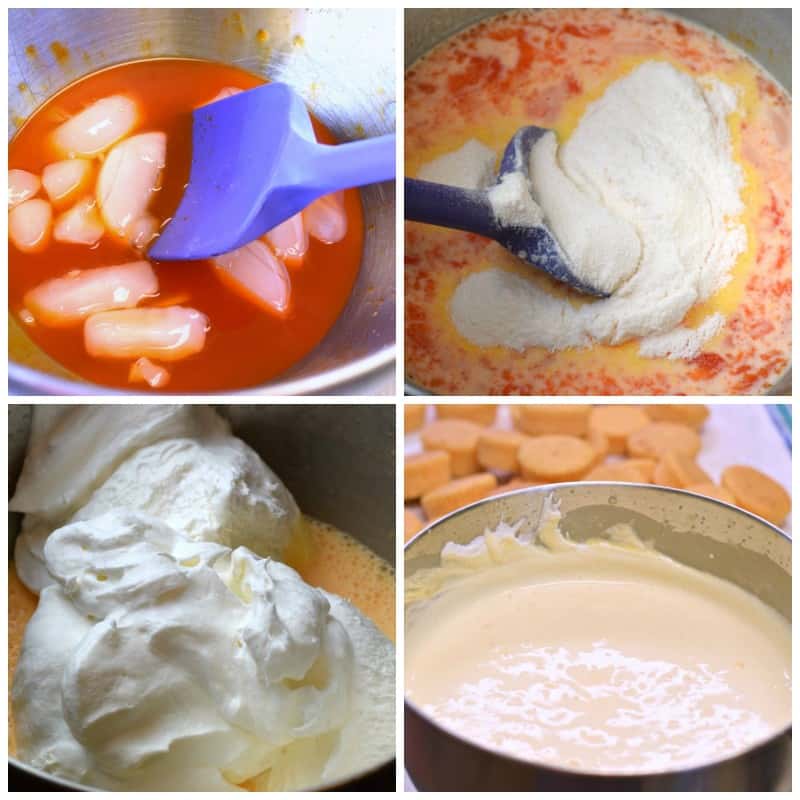 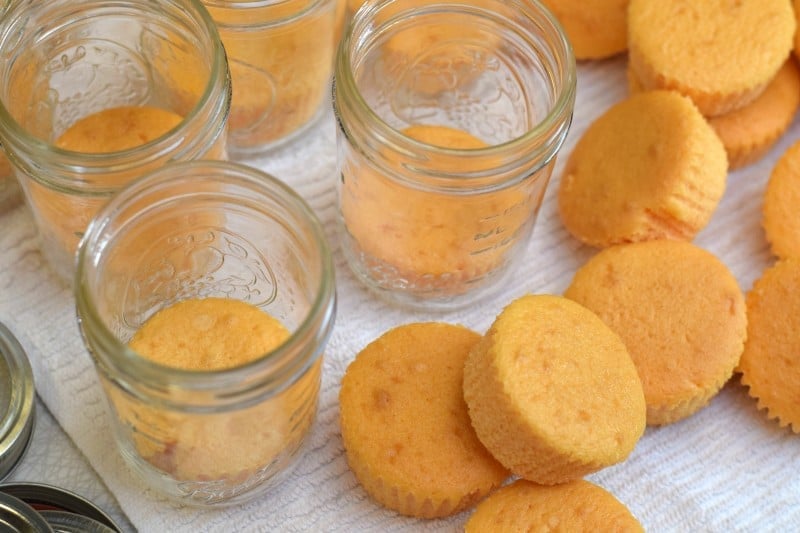 Place half of your cupcakes in the bottom of your jars. 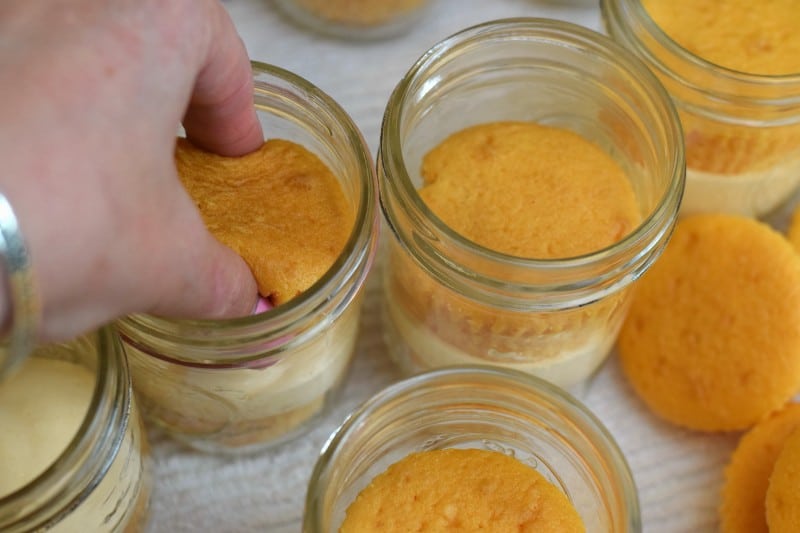 Now add a layer of the whipped icing. I put all of mine in a zipper seal bag and cut the tip off because I find that squeezing it in there is quicker, easier, and less messy. However you choose to do it, just put about an inch thick or so layer in each one on top of that first cupcake. Add one more cupcake on top of that. Notice that the cupcake is easier to get in the jar if you pinch it a little bit as you put it in, then it springs right back into shape.
Top with another layer of whipped icing and you’re done! Put the lids on all of these jars and place in the refrigerator for at least an hour for best results. 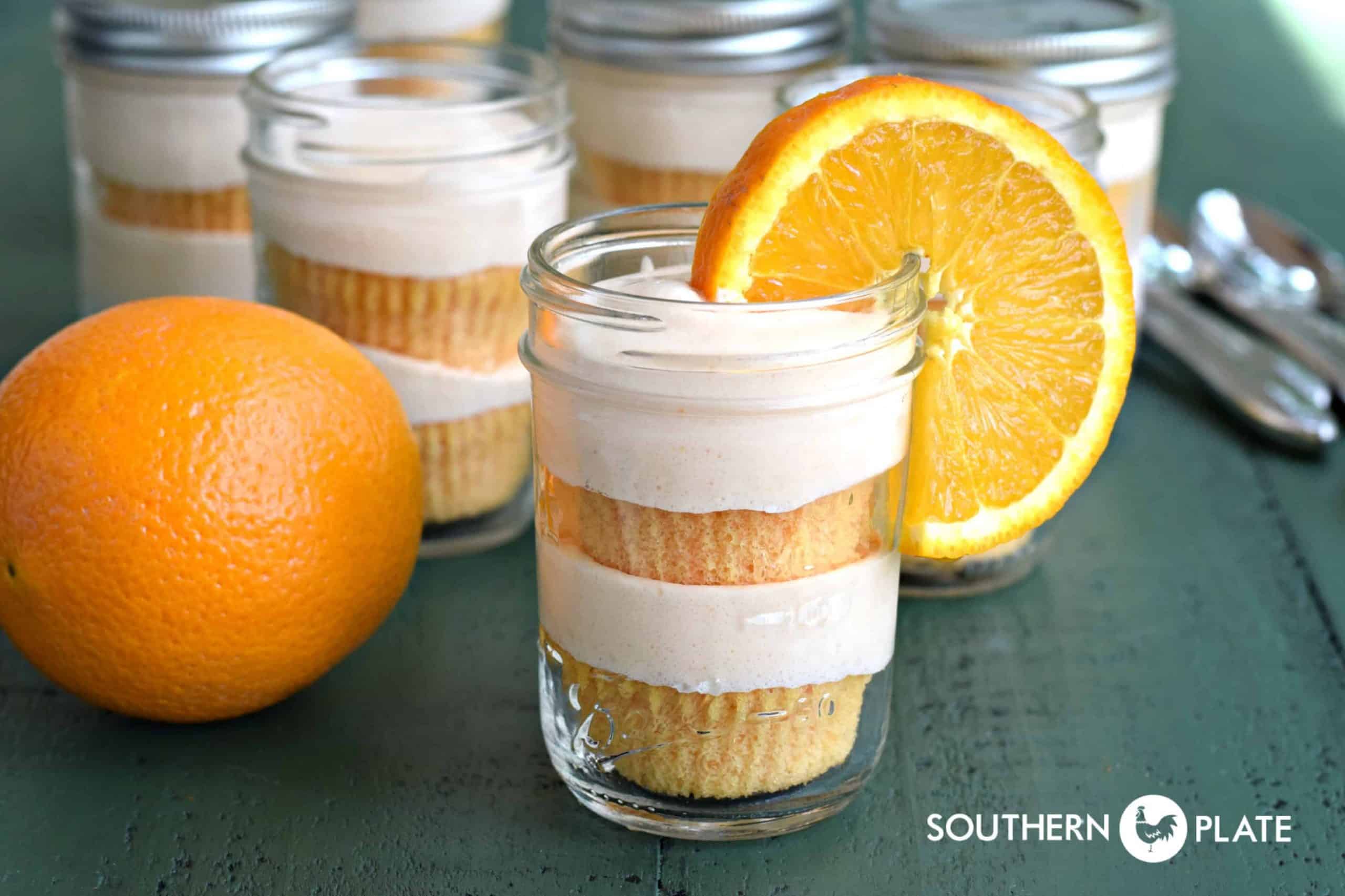 For what shall it profit a man, if he gain the whole world, and suffer the loss of his soul?

You might also enjoy this recipe! Pineapple Poke Cake

NO you didn’t,, well I’m glad you did Another one I have got to try! so many yummies so many decisions what’s a girl to do?

The SouthernPlate Staff
Author
Reply to  Kathy B

I have a friend who is diabetic. This could be made with all sugar free stuff. I can hardly wait to try it. I might try it with lemon cake mix, lemon pudding and lemon jell-o. Oh, yum……. Thanks for sharing

Great idea Pat, I can’t wait to hear how they turn out!!

You always have the best recipies, I have tried so many, Thanks so much for all of your efforts to get them to us.

Thank you so much Irene!! I am so glad you are enjoying the recipes!!

Do you think it would freeze? I try to half or quarter most recipes.

I haven’t tried freezing them but I can’t see any reason why you couldn’t. Let me know if you try it 🙂

We have a family reunion next weekend and it’s a potluck meal. I think I’ll make this but put it in a trifle bowl. Should I double the amount of cake and icing? The trifle bowl holds 15 cups. I think this is a perfect dessert for summer!

Great idea Ellen, that is going to look so good!! I think one batch would be enough but to make sure you could double it and if you have left-over put it in jars to enjoy at home 🙂

I made this and it was wonderful! I did do it in a trifle bowl and it looked beautiful. Thanks again for the recipe!

I am so glad you liked it Ellen!!!