Home » Dessert » Peach Crisp – And Standing Up For Yourself 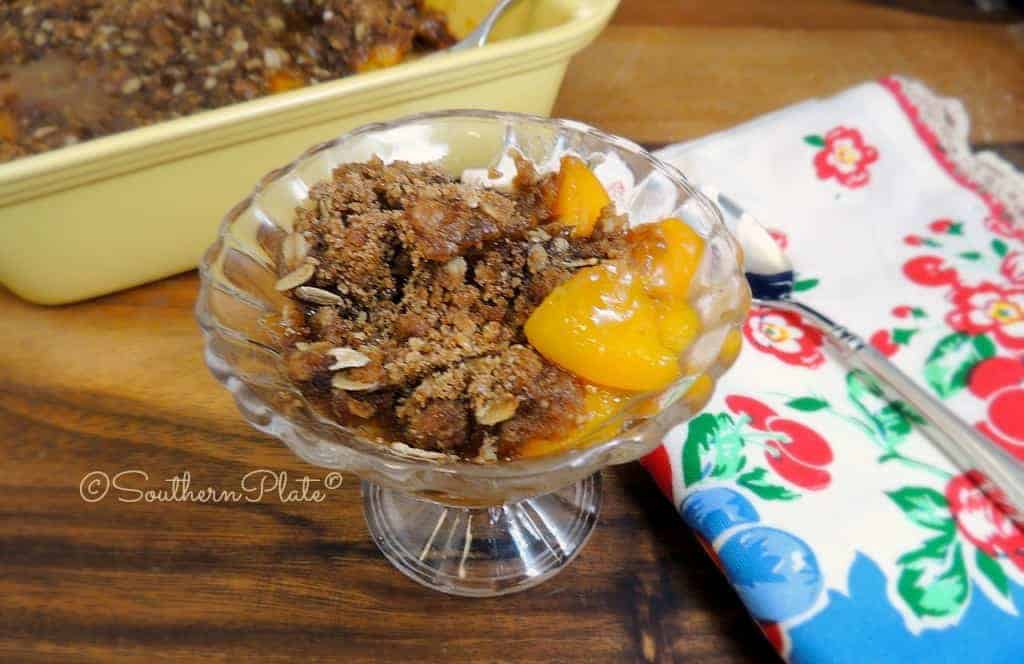 Today I’m sharing the first recipe I ever made, when I was three years old! Peach Crisp!

Back then, whenever Mama was in the kitchen, I was right there with her, usually underfoot. One day, Mama sat me down at the kitchen table and put all the ingredients for peach crisp in a big old bowl. She let me pour the peaches into a baking dish and then showed me how to mix up the topping before letting me “cook” on my own.

I was so proud that night at supper when Mama brought dessert to the table and declared it to be “Christy’s Peach Crisp!”.

This is a classic recipe, easily adjusted to work with whatever fruit you have on hand – fresh, canned, or frozen, and you can throw it together last minute as well. Before I get into the recipe though, I have a little tale to tell 😉

Back before old SouthernPlate.com was created, I spent my days taking care of kids, running a house, and substitute teaching in elementary school. I used to only sub at my son’s school, for convenience, and having got my fill of big bullies in high school, I also preferred to teach children that were smaller than me.

One day I’ll never forget was when I was teaching a second grade class in a small town in North Alabama. I have my own creative ways of getting my students to “sparkle” in school by building them up with positive reinforcement from the very moment I walked into the door. I used to make it a point to take the one student that caused the most problems for the teacher and see if I could turn them around by the end of the day.  I realized that while the teachers had to deal with everything day in and day out, I could serve as a “fresh horse” so to speak, so I tried to use that to be helpful.

There was one student in that second grade class who began the day being disruptive and got progressively worse as the day went on. I won’t go into detail on her behavior but suffice it to say, it was real bad in a real bad way. Eventually, I was unable to teach and told her that I needed her to go sit at the back of the class while I finished the lesson. This seven year old girl stood up, put her hand on her hip, swung her neck around a bit and said “You don’t know who you’re talking to!”

Boy, was she right. To have a seven year old child with that kind of boldness and lack of respect for authority, I truly had no idea who I was talking to.

I think about that girl from time to time. She would be in high school now, in her junior or senior year, I hope things got better for her at home. I hope she got some encouragement and direction in her life, and I hope she learned the value of an education and stayed in school.

But then sometimes I think of her in a different way – which may throw some of y’all here but hang in there with me.

I think of her boldness. For a seven year old child to do something that I, in my decades upon this earth, would have a hard time doing. To stand up and say “You don’t know who you’re talking to.”

Yes, it was wrong of her then, but how many situations have I been in in my life where such behavior would be entirely appropriate and yet I’ve sat there and smiled instead?

When we are right about something – such as the way people are and are not allowed to treat us, what causes us to sit still? I know a lot of people like to pin this on the Southern upbringing but I don’t fault it in the least. Our upbringing has taught us to show grace to others, to be kind whenever possible, and to assert ourselves in ways that often get much better results than pushier methods.

I think it is because we don’t show ourselves the same protection that we show others. Think about it. If you are a parent and someone verbally attacks your kid – how fast does your Mama or Papa bear come out? But if they attack you, a lot of folks take time to weight the attack and try to decide if it is deserved or not.

Lawd chile, you know better than that. Stop letting people bully you. Stop letting folks talk down to you and treat you disrespectfully. Every human deserves respect.

I have a significant birthday coming up soon and I’m proud to say that, although it has taken me more than a few decades, today I can stand up when someone mistreats me and channel my inner rebellious seven year old when I say “You don’t know who you’re talking to.”

Hey, if a seven year old can do it, I certainly can!

Give it a try next time the need arises :). 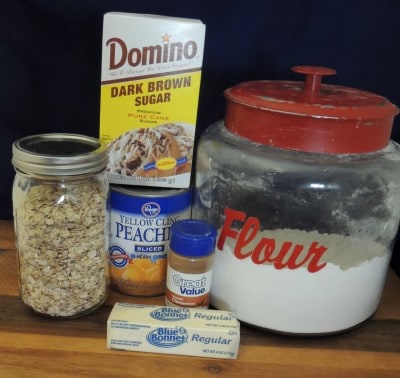 *Oats – Quick or old fashioned, whatever you have.

*Butter or Margarine – Whichever you have on hand and/or can afford. Ignore anyone who judges or complains, if they have free time for that then they have time to cook for themselves.

*Flour – All Purpose or Self Rising, either one will work just fine for our purposes here. 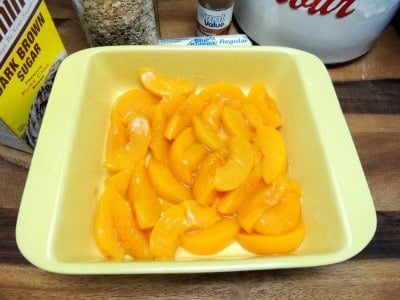 Drain your peaches and pour them into the bottom of an 8×8 baking dish, or a pie plate. Whatever you grab out of the cabinet first.

Place all of your other ingredients into a mixing bowl. 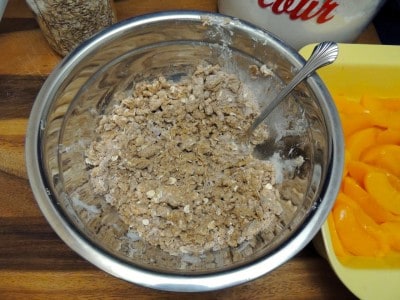 Mix ’em up really well with a long tined fork or pastry blender if you’re fancy. 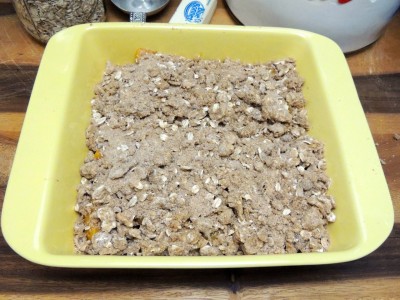 Sprinkle that over the top of your peaches.

Serve warm, with ice cream if you like. Enjoy!

Submitted by Sandy Kipple. Click here to submit your own or read more.

Great recipe! Made this and took to carry-in dinner at work. A big hit 🙂 So easy too. Thanks for another great recipe.

Hi, I plan on making this for church tomorrow night. Thanks. I have my fingers crossed to win the trip.

Hi ‘Christy
Wonderful story as ususal. Don’t know if I like your inspirational thoughts or your recipes best! Misread the amount of sugar required when I made this for dinner last night – wound up with 1/2 cup instead of the 3/4 and it was still very sweet. Will make it that way again.
Hope you’ve made a full recovery from your accident.

I have Dee, thank you so much for thinking of me!! I am so glad the recipe turned out and you enjoyed it!!