How to Make Chewy Pear Bars 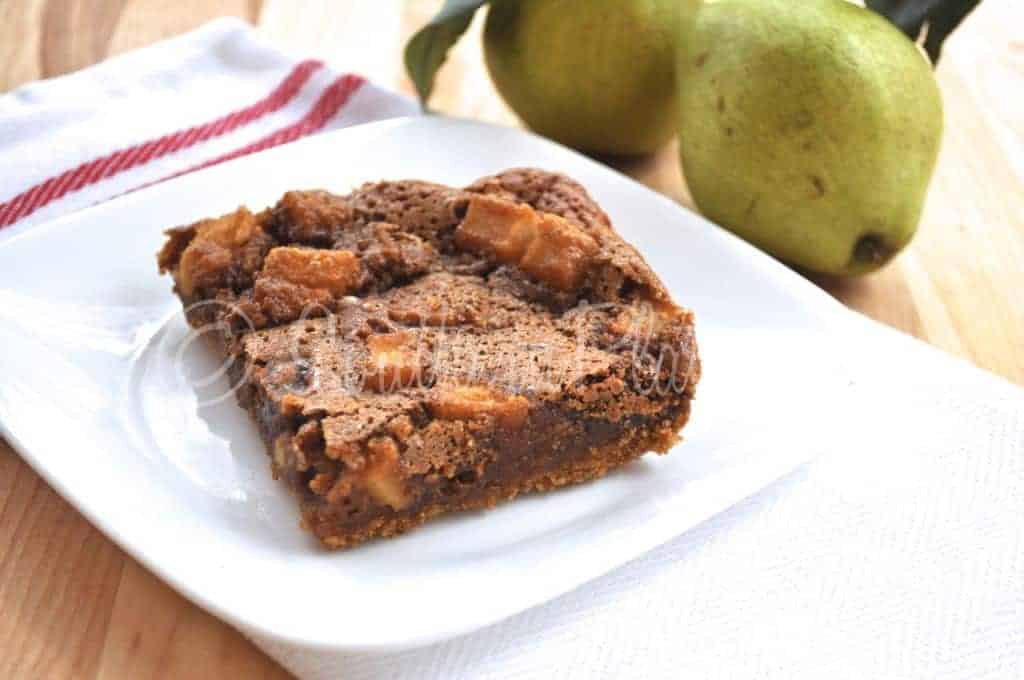 These chewy wonderful pear bars taste of butter, brown sugar, and graham cracker crumbs studded with bits of ripe and juicy pear. Oh my word, are they ever good! You really should make them today because even if you don’t have pears handy, you only have to buy two of them ~grins~.

Eventually, I’ll get around to showing you how to make Chewy Pear Bars in this post but right now, It’s disclosure time. Today’s disclosure has to do with the fact that I spent the first quarter century of my life and how I owe a great deal of my happiness in this era to God and Grandaddy.

~Clears throat, sets the Chewy Pear Bars aside and begins~

A little bit of history about Christy Jordan

One day as I was working in the kitchen my son came in and was talking about a trip we had taken in the past. We saw the cutest St Bernard puppy outside the Tennessee Aquarium and Brady said “Mom, when I have a family, I’m gonna get my kids a dog like that.” My heart just swelled up so big to hear my son talking like that “When I have a family….” and in my heart I thanked God and Grandaddy, because I knew in that moment how very much I owed them both.

Flashback to almost two decades ago… As a young twenty something, I lived with my grandparents while I went to college. I didn’t start college until I was 23 and I had worked very hard to be able to manage it. In my stubborn foolishness, I got it in my head that I wasn’t going to get married at that point. Having already had enough time to become frustrated with relationships, I decided that I’d just work on me and that would be enough.

One evening at supper Grandaddy mentioned something about “When you have a family” and I guffawed at him as I said “Now Grandaddy, I’ve decided that I’m just not getting married. Here I am working so hard on my degree, once I finally get that, why would I want to take on a boarder?” I used those exact words. For explanation why, see the bold sentence at the beginning of this post*. I roll my eyes at the unadulterated ignorance of my younger self daily.

Grandaddy put down his fork and lowered his voice as he spoke, a pained look of concern in his eyes. “Baby, please don’t say that. I don’t ever want you to end up alone.” He looked right through to my very soul as he spoke and I instantly understood he had been to the place he didn’t ever want me to go.

Grandaddy met my grandmother later on in his life after having traveled a bumpy road of his own. They’d become fast friends, fell deeply in love, and eventually married as he stepped in to be stepfather to her two girls. He was a wonderful, kind, and generous husband to his beloved new family.

Back to the present reality

After having this memory I called Grandmama and as the conversation turned to Grandaddy, she said “He sure did love all of us.”

My Grandaddy passed away a few months after that conversation at the supper table and I took his words to heart. Shortly after he passed away I met my husband, who reminded me of my Grandaddy in so many ways, and one year after we were married, I named my son after the man who’d looked me in the eye asking for assurance that someday have a family of my own.

Grandmama and Grandaddy passed on a love and appreciation of family that has not skipped a single generation and yesterday as my Grandaddy’s namesake stood in the kitchen talking about someday when he has a family…I realized that I’d been able to pass it on to – with special thanks to God and Grandaddy. 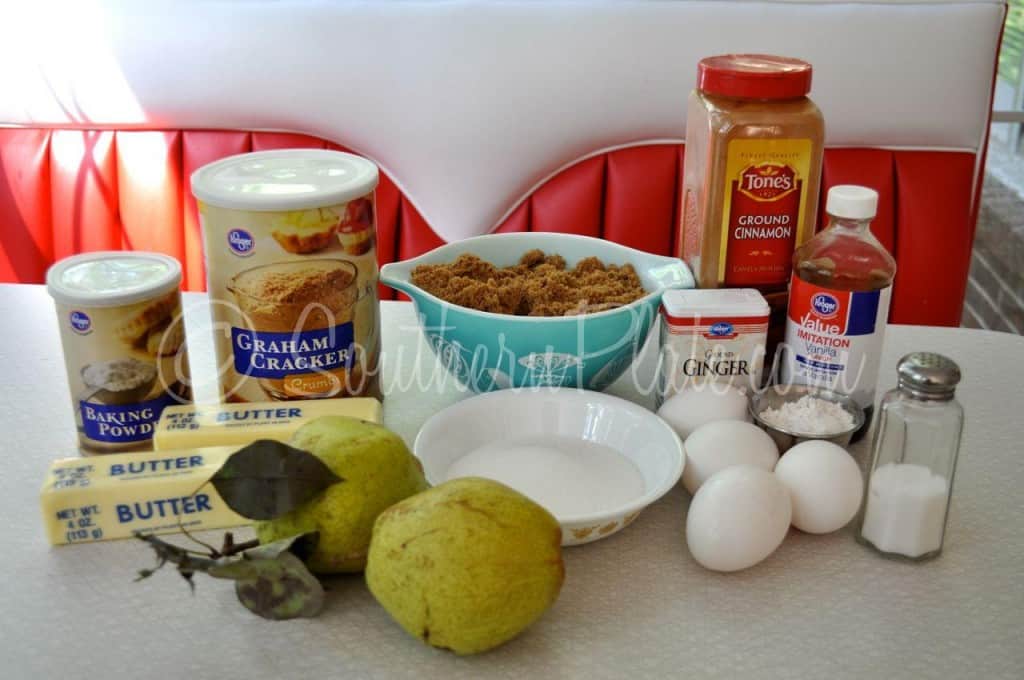 *Four eggs are pictured but you’ll only need three. I’ve been developing and tweaking this recipe for a bit and found it does much better with one less egg, but this is the picture I have so we’re going with it 🙂 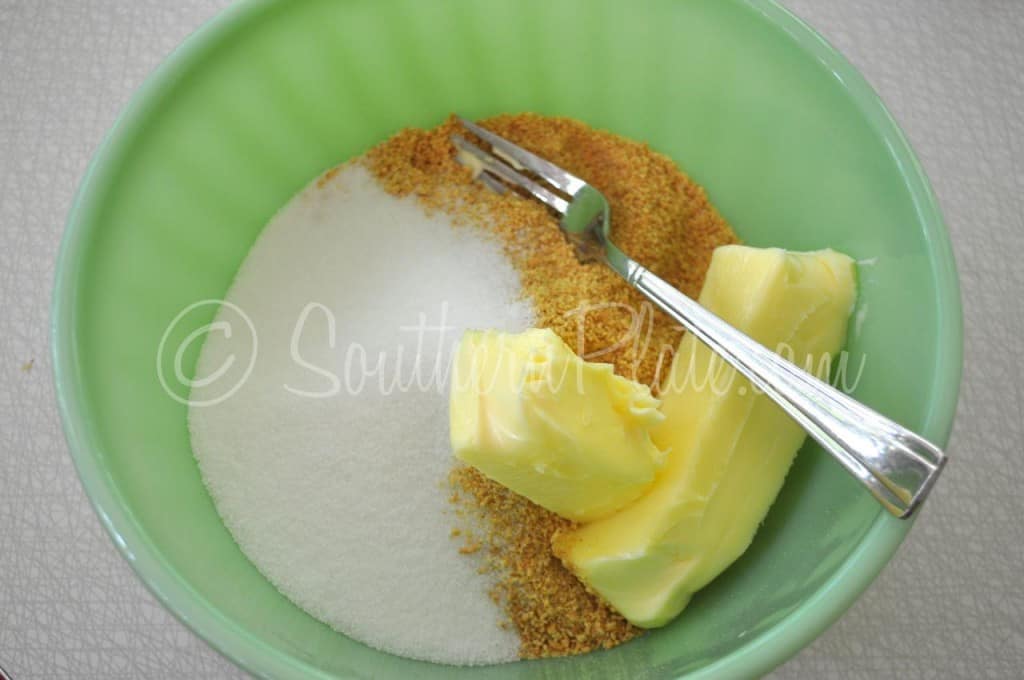 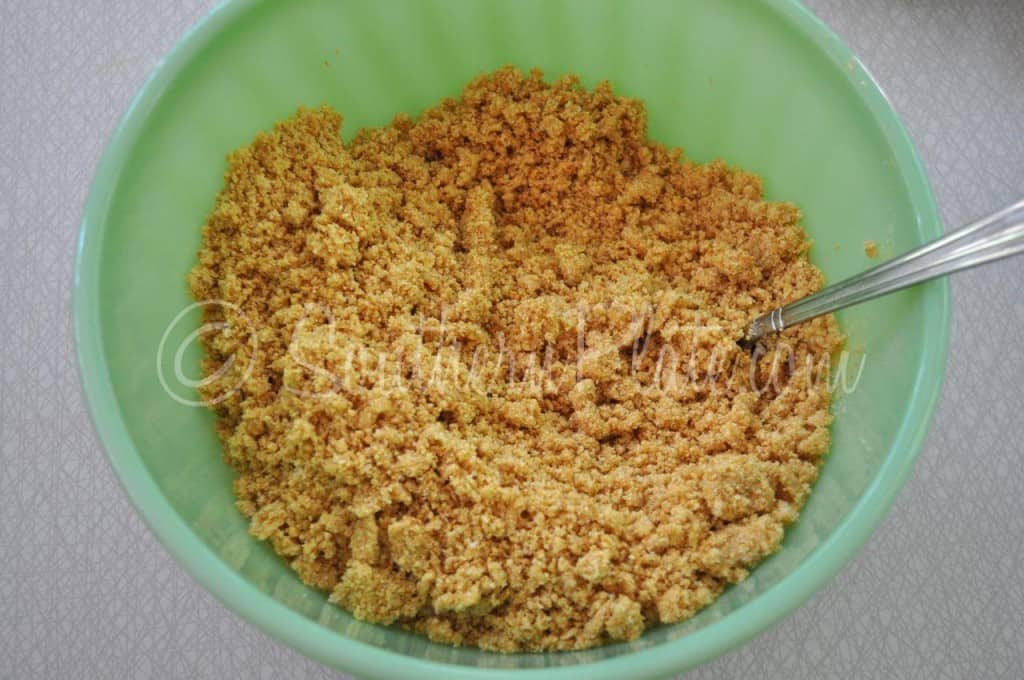 Next steps for your chewy Pear Bars: 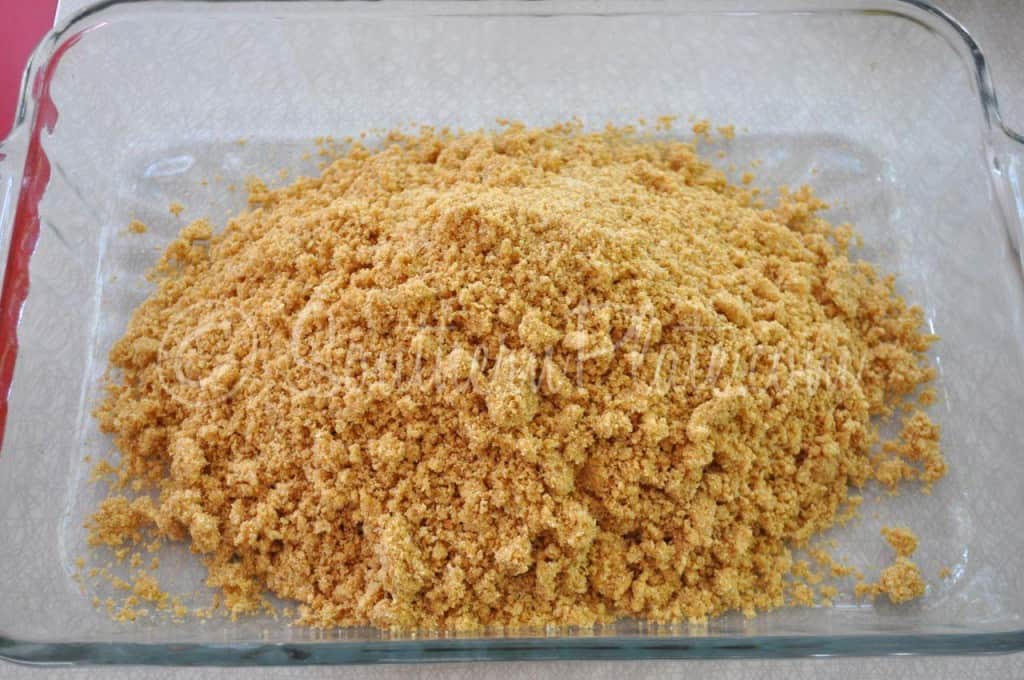 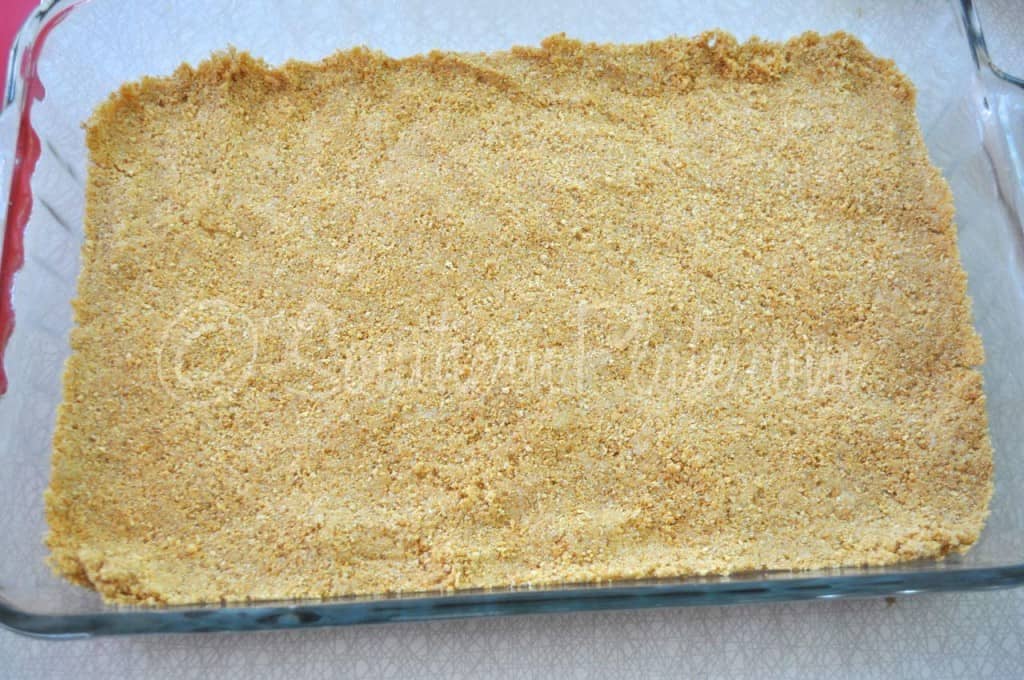 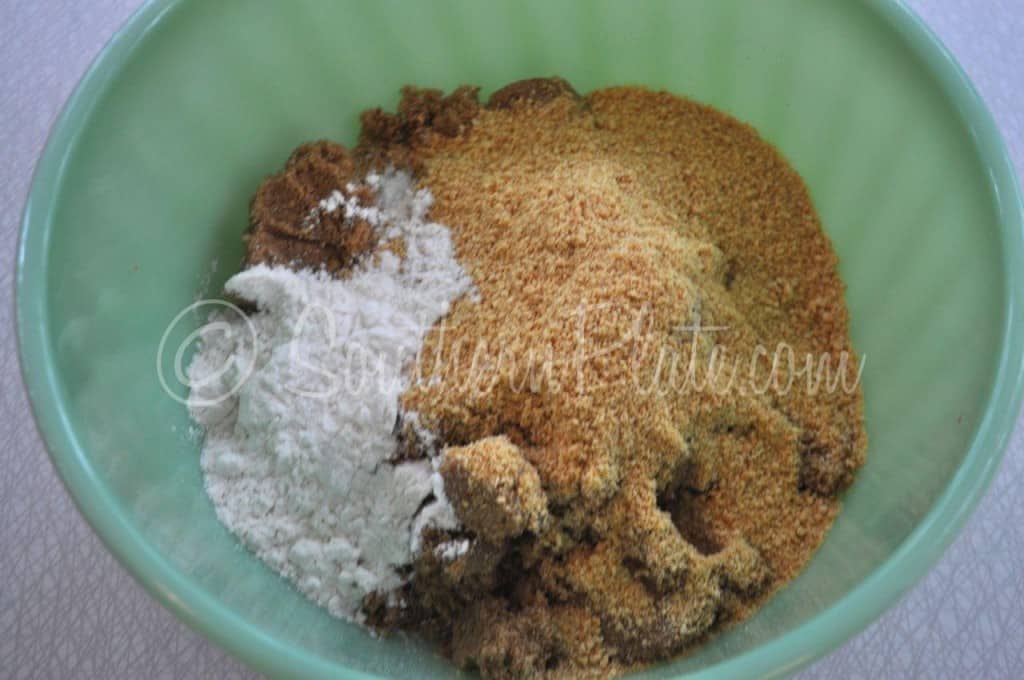 While that is baking we need to make our Chewy Pear Bars filling. 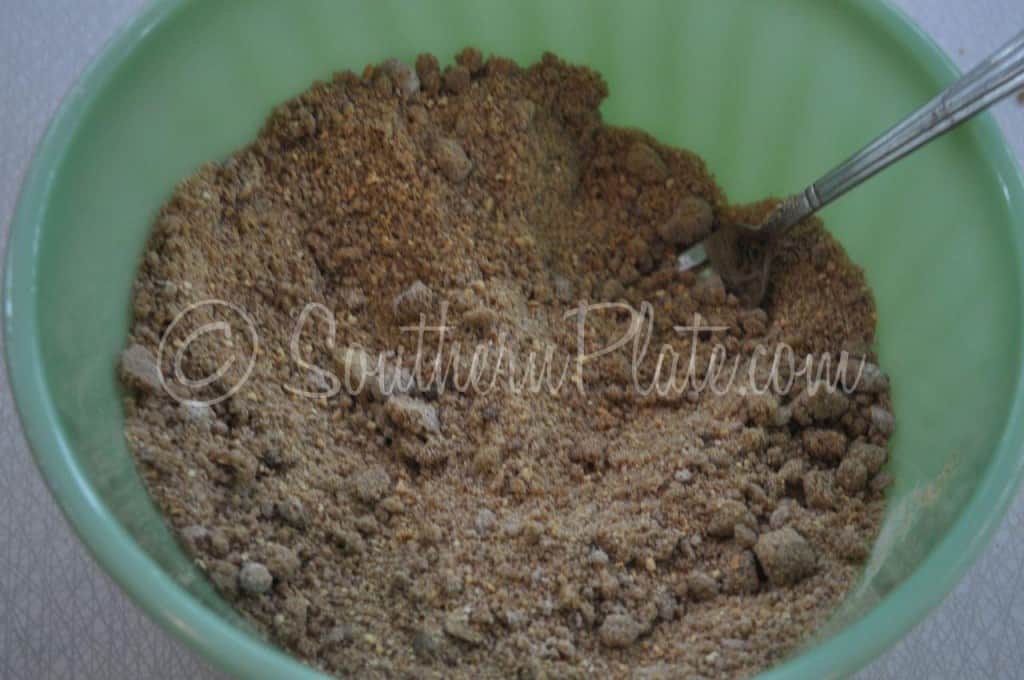 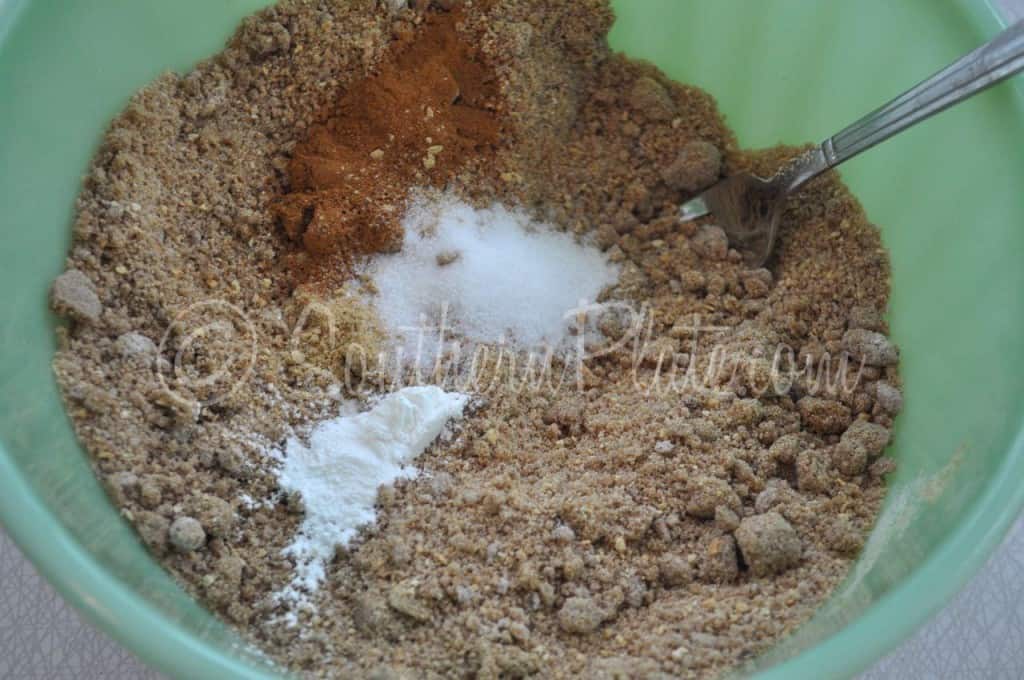 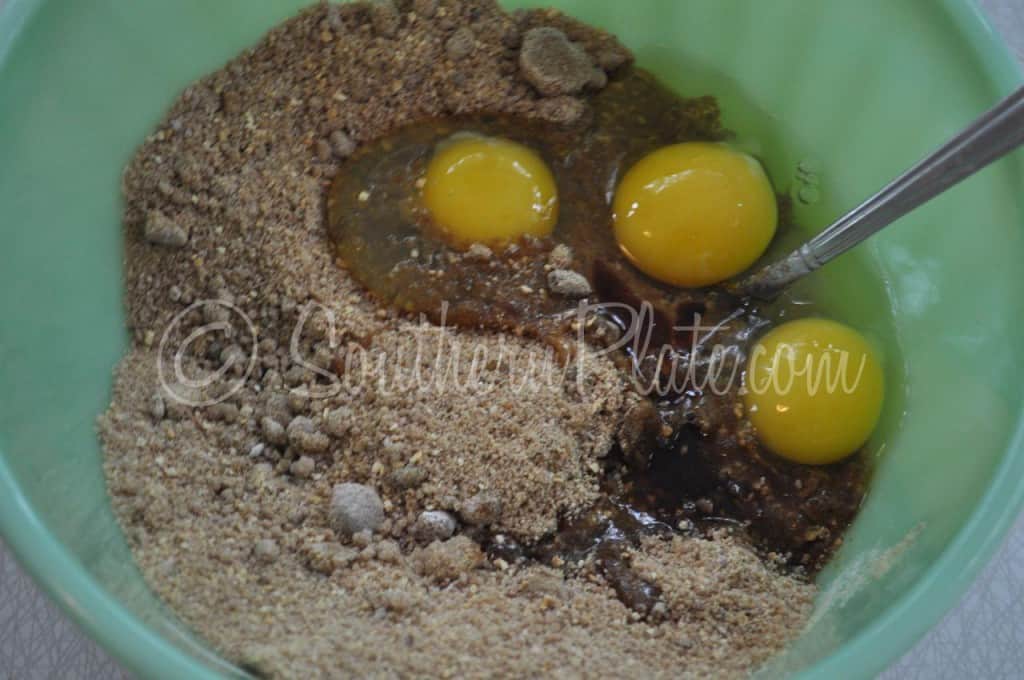 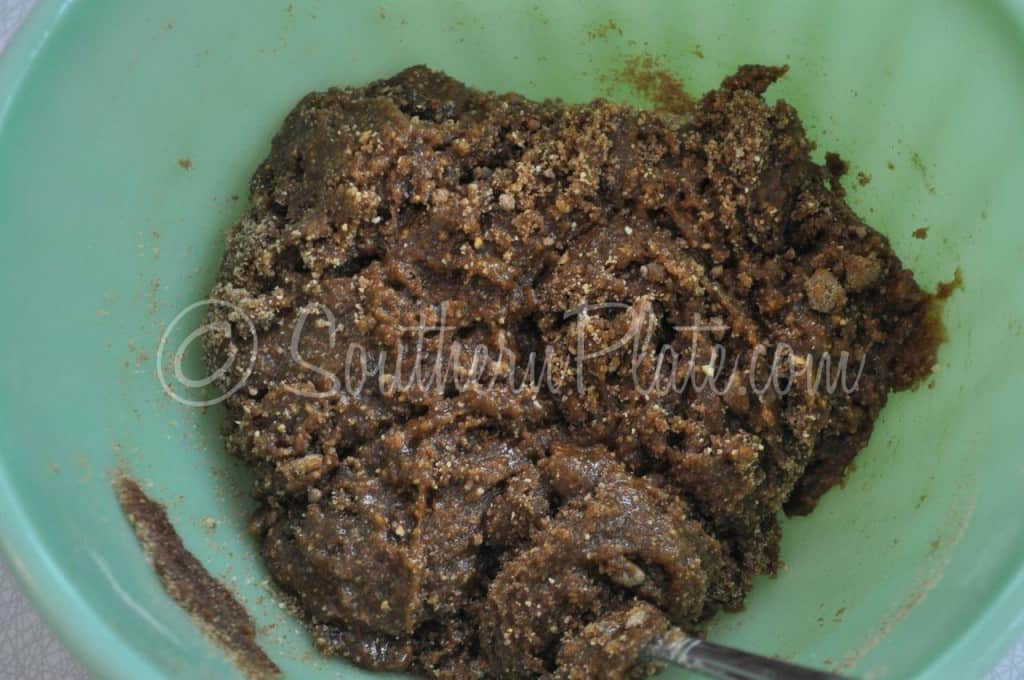 It is going to be awfully thick but as the brown sugar starts to break down it will become much more liquified. 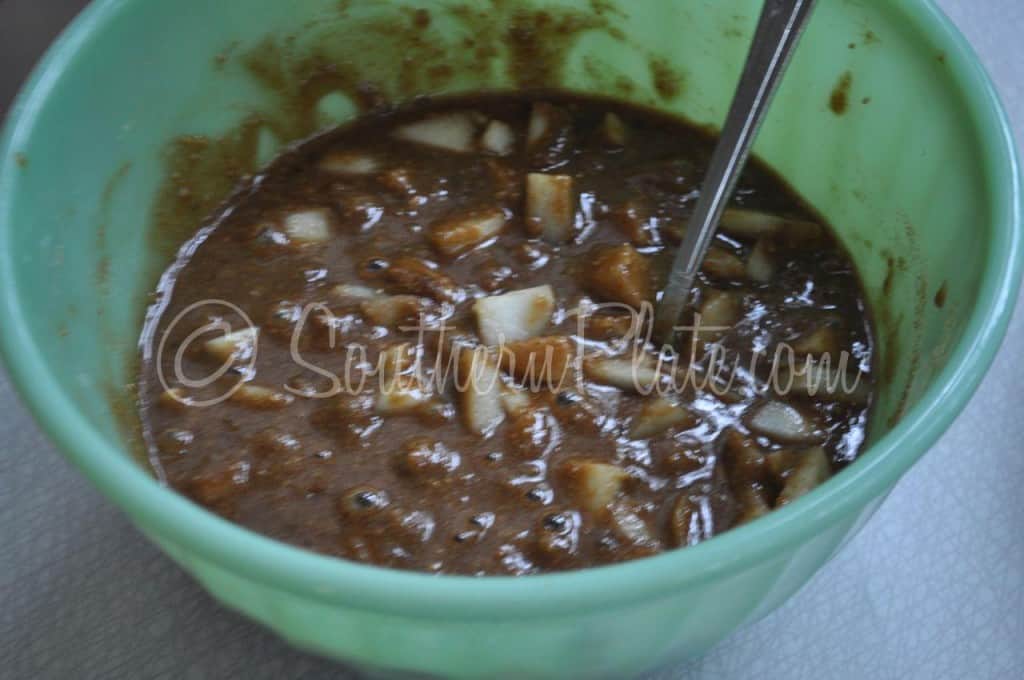 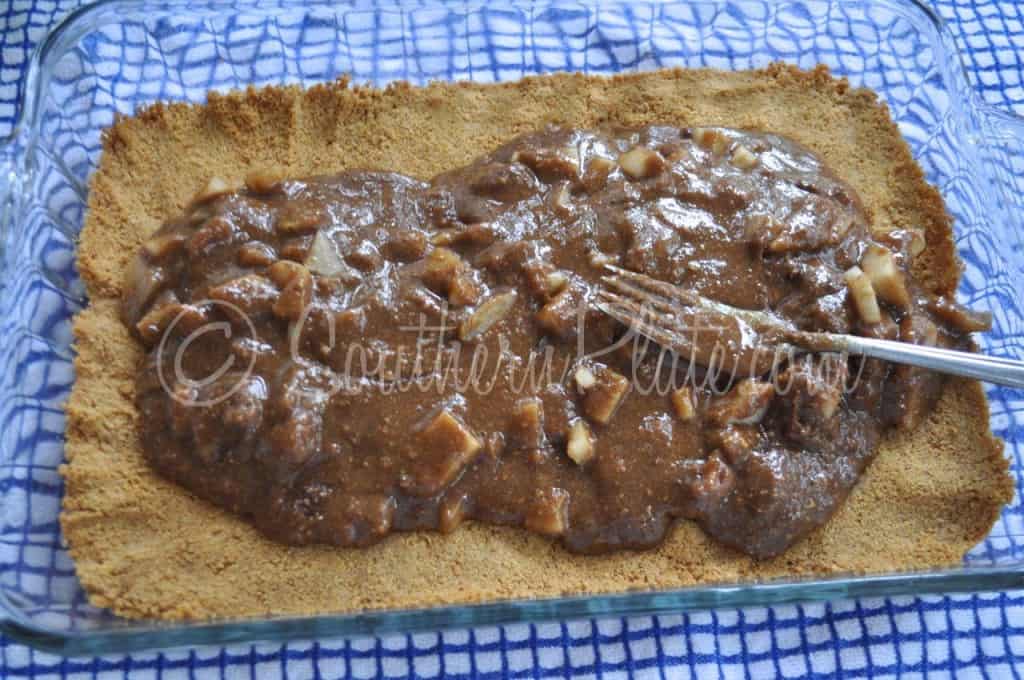 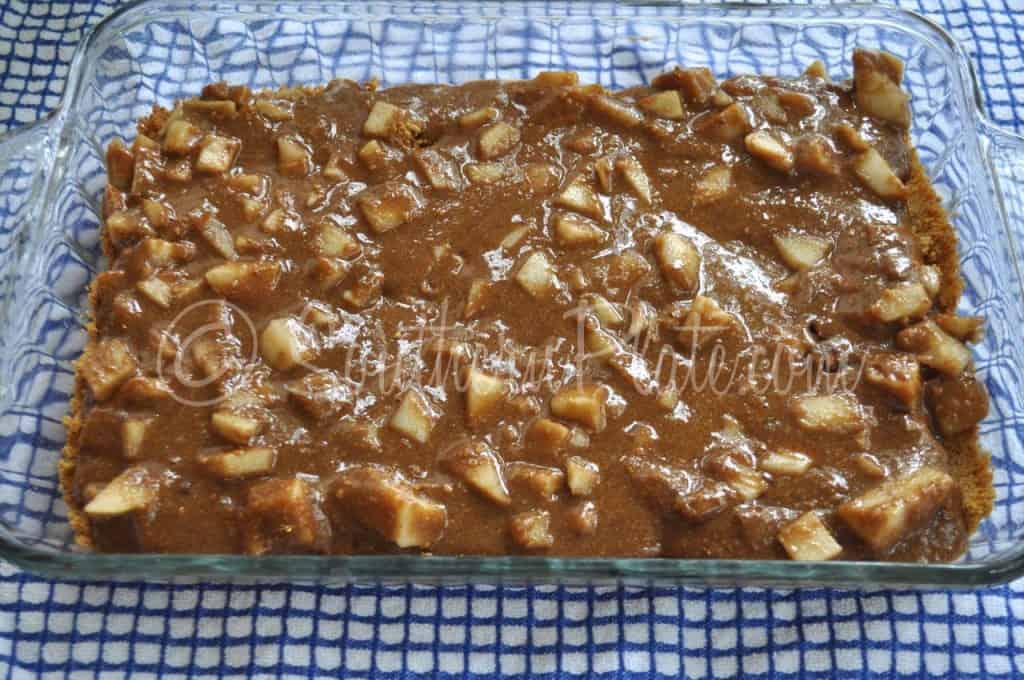 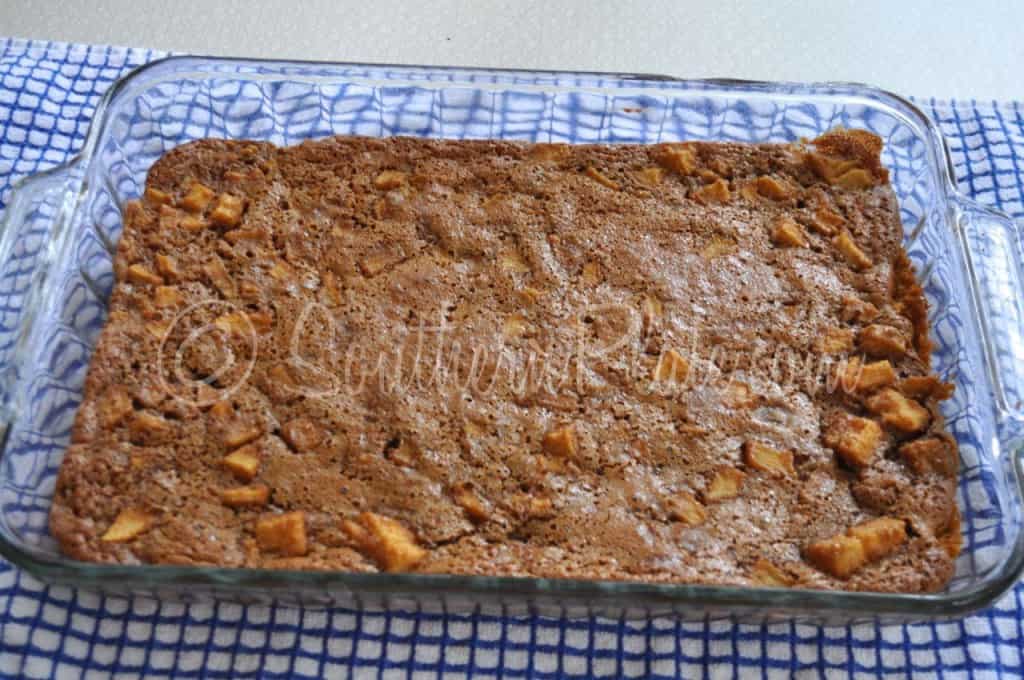 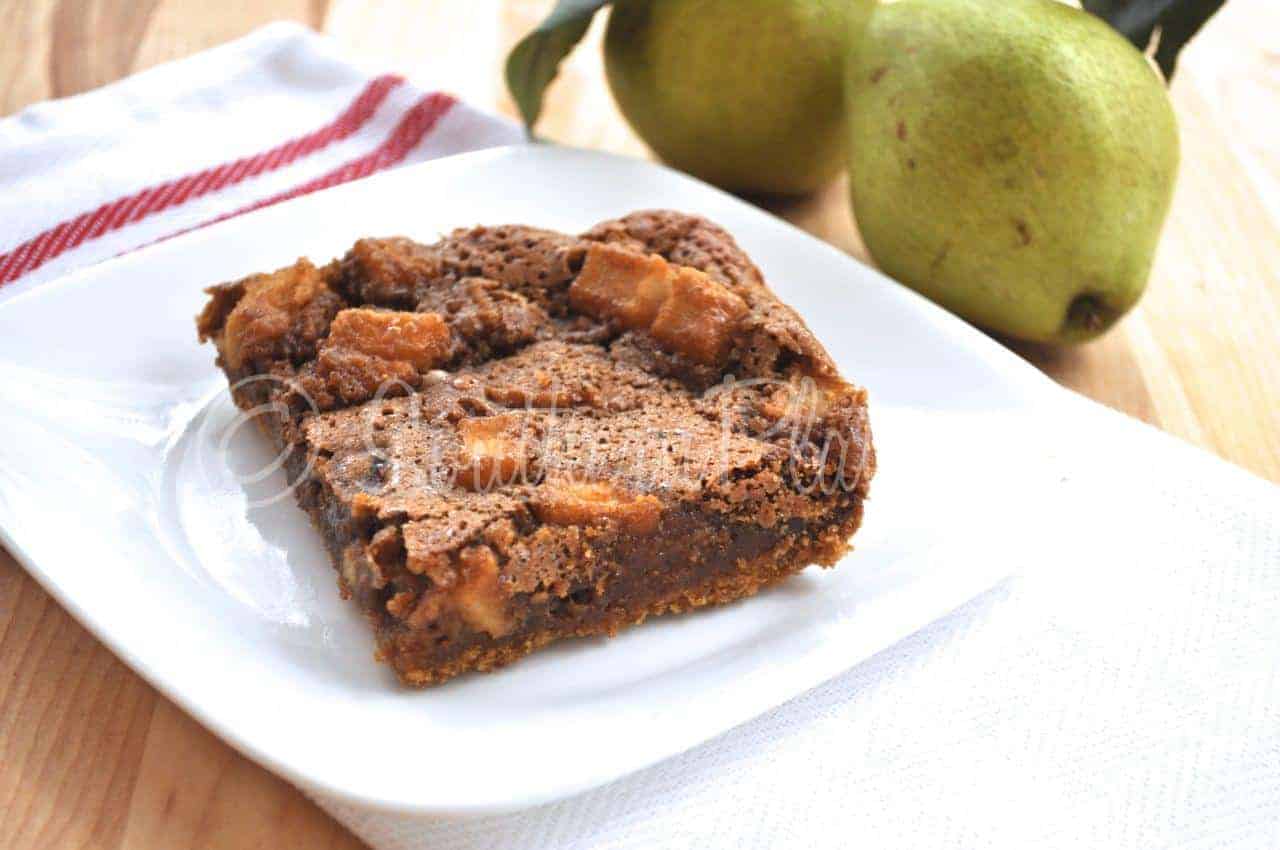 “I am seeking. I am striving.

I am in it with all my heart.”

Hello! I just made these bars for my office mates-I work for a family business and my dad ate two (he never has two desserts)! I write an enewsletter and would like to include the recipe-which I also include on our website (www.pedroncelli.com). I also would include the name of your website so let me know if it is okay! Please let me know. I look forward to your reply.

I made these last night to take to a family reunion. Oh my, they are so good not sure if they will make it there. Thank you, Christy love everything you post.

🙂 I have that same problem every time I make them!!

As usual, you gave me wet eyes along with a great family story. I consider your recipes to be bonuses (in addition to your stories) and this one sounds great too! I will try pears, but my main goal is to try fresh cherries or drained canned peaches (they seem to be firmer than fresh.) Thanks for all you do for us Christy!

Thank you so much Nancy, I hope you enjoy the bars!!

Another wonderful story from your past. What a loving family you came from and it shines through you.
We don’t get graham crackers or crumbs here so I use Digestive Biscuits crumbed. Shall be making this delicious sounding treat for the family. Many thanks for the recipie.