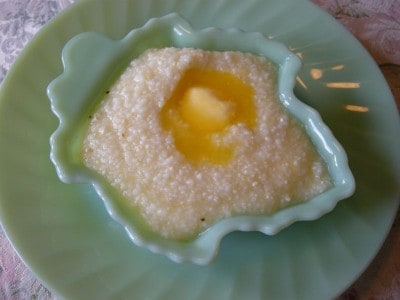 We love our Southern Grits. Creamy, hot, soothing, and delicious with cheese, bacon, or a simple stirring in of butter and sugar, Grits have been and continue to be the south’s ultimate comfort food.

Apparently many Southerners also see it as a dish which can actually bring out world peace! The Post and Courier, the oldest newspaper in the south, once declared “An inexpensive, simple, and thoroughly digestible food, grits should be made popular throughout the world. Given enough of it, the inhabitants of planet Earth would have nothing to fight about. A man full of grits is a man of peace.” 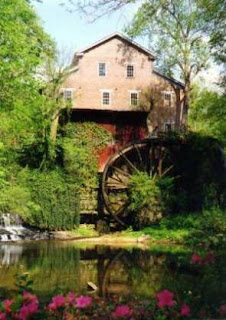 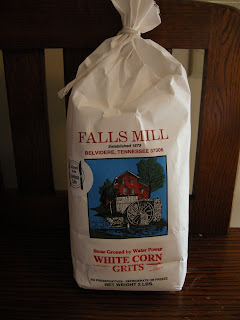 I consider myself fortunate to be able to get real stone ground grits where I live. Real stone ground grits are truly Southern Grits at their finest!
These are ground at Fall’s Mill in Tennessee (Pictured at right). Its a lovely place to visit! I love taking the kids there to watch the water wheel and see the grinding taking place. There are also beautiful picnic areas if you are ever near Belvidere, Tennessee! 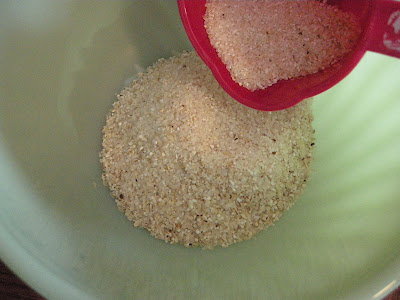 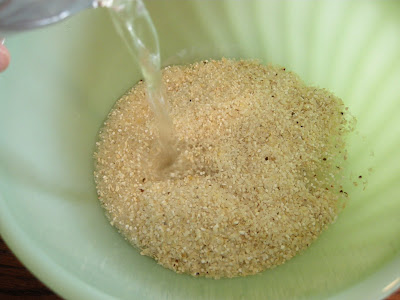 Add some water and stir. 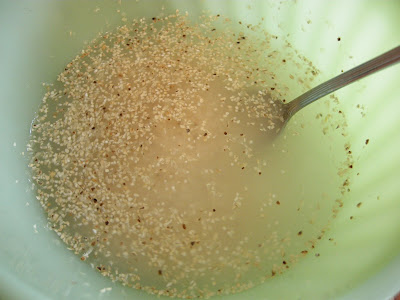 This causes the light bran to float to the top.
Once that happens, pour off the water, allowing the bran to go with it.
Note: sometimes I skip this step. I’m a rebel that way! 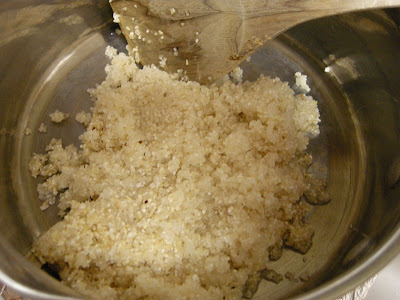 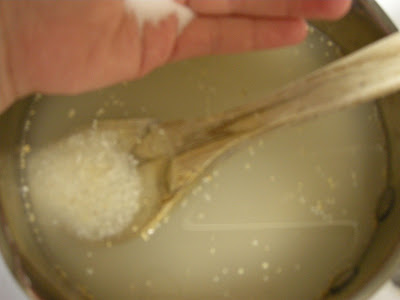 Add water.
The secret to ultimately creamy Southern grits is to add more water than your directions call for and don’t try to cook them too fast.
For these, my directions called for 2 cups water but I added 2 1/2 – 2 3/4 of a cup. 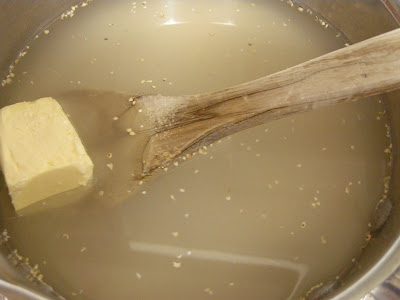 And butter or margarine 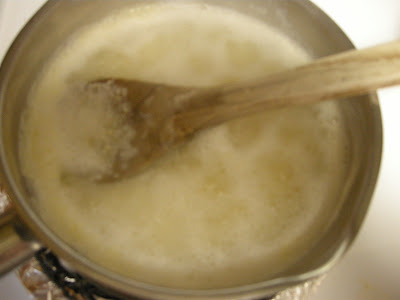 Bring to a boil and then lower heat. 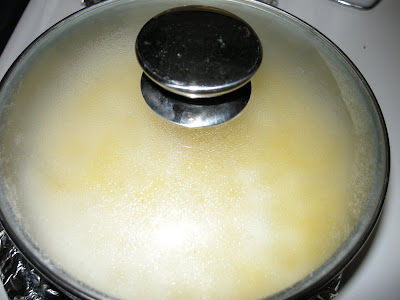 Simmer on low heat, covered, until grits are done, about twenty five to thirty minutes.
Serve however you like them best! Some folks like to stir in cheese, others crumble up bacon in them. I like mine with butter and splenda!

I LOVE THIS AND THOUGHT MAYBE YOU’D ENJOY IT TOO.
CIN(/)

Wisdom from South of the Mason-Dixon Line

What Are Grits?
Nobody knows. Some folks believe grits are grown on bushes and are harvested by midgets by shaking the bushes after spreading sheets around them. Many people feel that grits are made from ground up bits of white corn.

These are obviously lies spread by Communists and terrorists. Nothing as good as Grits can be made from corn. The most recent research suggests that the mysterious Manna that God rained down upon the Israelites during their time in the Sinai Desert was most likely Grits. Critics disagree, stating that there is no record of biscuits, butter, salt, and red eye gravy raining down from the sky, and that God would not punish his people by forcing them to eat Grits without these key ingredients.

How Grits are Formed.
Grits are formed deep underground under intense heat and pressure. It takes over 1,000 years to form a single Grit. Most of the world’s grit mines are in Mississippi and Alabama, and are guarded day and night by armed guards and pit bull dogs. Harvesting the Grit is a dangerous occupation, and many Grit miners lose their lives each year so that Grits can continue to be served morning after morning for breakfast (not that having Grits for lunch and dinner is out of the question).

Yankees have attempted to create synthetic Grits. They call it Cream of Wheat. As far as we can tell, the key ingredients of Cream of Wheat are Elmer’s Glue and shredded Styrofoam. These synthetic grits have also been shown to cause nausea, and may leave you unable to have children.

Historical Grits
As we mentioned earlier, the first known mention of Grits was by the Ancient Israelites in the Sinai Desert. After that, Grits were not heard from for another 1,000 years. Experts feel that Grits were used during this time only during secret religious ceremonies and were kept from the public due to their rarity.

The next mention of Grits was found amidst the ruins of the ancient city of Pompeii in a woman’s personal diary. The woman’s name was Herculaneum Jemimaneus (Aunt Jemima to her friends).


How to Eat Grits
Immediately after removing your grits from the stove top, add a generous portion of butter or red eye gravy. (WARNING: Do NOT use low-fat butter.) The butter should cause the Grits to turn a wondrous shade of yellow. (Hold a banana or a yellow rain slicker next to your Grits; if the colors match, you have the correct amount of butter.)

In lieu of butter, pour a generous helping of red eye gravy on your grits. Be sure to pour enough to have some left for sopping up with your biscuits. Never, ever substitute canned or store bought biscuits for the real thing because they cause cancer, rotten teeth and impotence.

Now, begin eating your grits. Always use a fork, never a spoon, to eat Grits. Your grits should be thick enough so they do not run through the tines of the fork.

The correct beverage to serve with Grits is black coffee. DO NOT use cream or, heaven forbid, Skim Milk.) Your grits should never be eaten in a bowl because Yankees will think it’s Cream of Wheat.

CAJUN BLESSING BEFORE EATING GRITS
May the lord bless these grits,
May no Yankee ever get the recipe,
May I eat grits every day while living,
And may I die while eating grits.
AMEN

I’m in tears this is so funny. I’m a 6th generation Florida cracker and a true southern belle, a real steel magnolia. Bless you for making my late night reading such a deep hearted pleasure. I just hear music reading such a well written declaration. And grits will simply HAVE to be a part of my day tomorrow. Bless you , again, for the pleasure.

I worked with a older lady from northern Alabama many many years ago. She taught me to add an egg into the grits a few minutes before they are done. I add the egg and scramble it up with a wire whisk. The grits turn out oh so creamy that way. I have no idea why, but they do!

I have to agree – the ONLY way to serve grits is with lots of butter and plenty of black pepper!! My brother and his family live in Nicaragua and cannot get grits there, so anyone who comes down to visit automatically brings grits! BTW, I also have a fire king leaf shaped bowl. My mama had it as long as I can remember and it was passed down from her to me and will some day be passed down to my daughter.

I agree!! I love grits with loads of butter and black pepper also. I am hungry for some now

I discovered GRITS in Rhode Island. (Who knew) I had heard of them, but never tried them.The waiter was from the South & he told me to have eggs with.them. I loved them… I am from Vermont. Later we took a vacation in Tennessee& the Carolinas. I had them almost everyday. I cook them myself now. I love to make a big pot , put them in a loaf pan to get cold. Slice them &fry them in a little bacon grease.. So good!!!!!!!

What kind of a bowl are your grits pictured in? It looks very interesting!

I’m a northern boy with a southern heart – and grits have always been on my table. 50 some years ago my Iowa gramma taught me to cook grits in a way similar to yours. I stir my grits into lots of cold water until loose, then put them on the stove at a simmer. Sometimes I add a little milk at the end, and always lots of butter. We use them with milk, butter and sugar for breakfast. And leftovers are turned into cheesy grits, as a side for dinner.

🙂 I love that, northern boy with a southern heart!!! It sounds like your grandmother was a wonderful woman!!

I do love me some grits. My Daddy would cook them for us sometimes when we were kids. Thanks for “stirring” up some fond memories for me this morning.

My father learned a different way to cook grits from a native American. You take your dry stone ground grits and put them in a skillet (cast iron best) and toast them over low/med. low heat. It takes a few minutes before you start to see the browning take place on the bottom of the skillet but once it start stir them frequently, 10-20 minutes, until you see browned grits throughout. Don’t overdo it! You’ll smell toasted corn/popcorn. I do a whole bag and then put in a container after they cool for later use. Cook them like normal. They’ll look, smell and taste amazing, so much so you may never go back to “plain” grits! Much more flavor and more corn-like.

Oh my goodness, I am going to have to give that a try and soon!! Thank you for sharing that with us David!!!