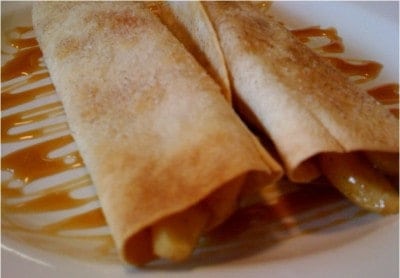 Jump to Recipe
This is the recipe I reach for when I want something quick, homemade, delicious, and impressive. They require so little effort and can be made almost as quickly as they disappear! I especially like that you can make these little marvels with Splenda instead of sugar and substitute it whenever I make them for myself! 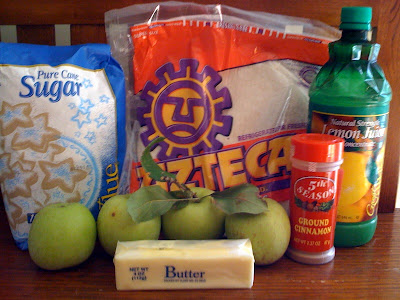 Ingredients are: Sugar, flour tortillas, a few apples, butter or margarine, cinnamon, and a dash of lemon juice.

My recipe calls for 6 inch flour tortillas but in this tutorial I used ten inch. 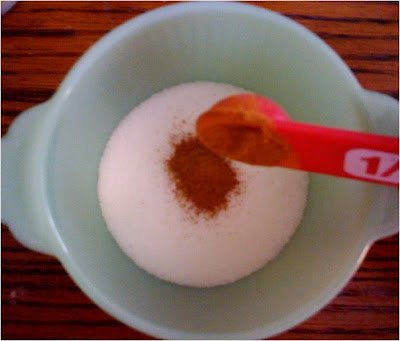 Place sugar and cinnamon in a small bowl or cup. 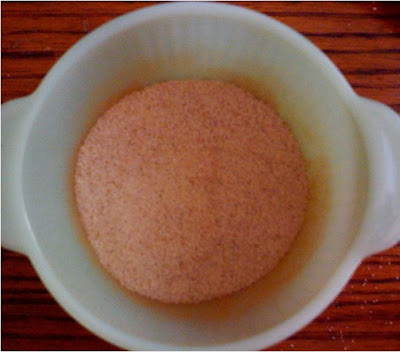 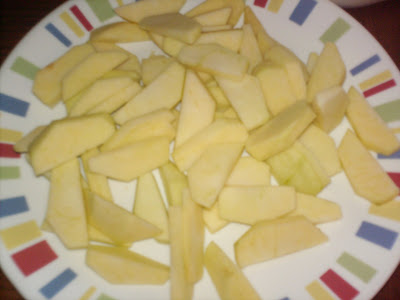 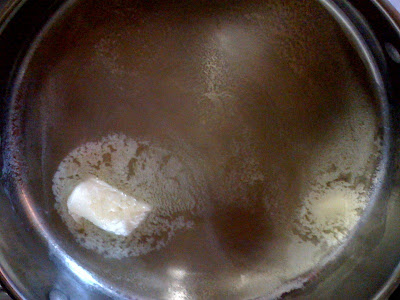 Melt butter or margarine in skillet. 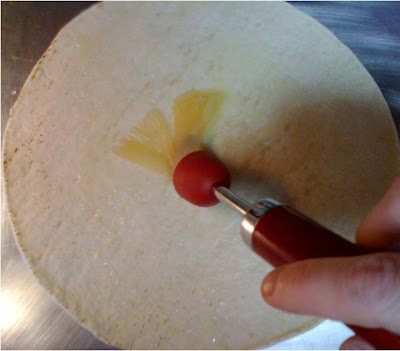 Brush butter on one side of tortilla 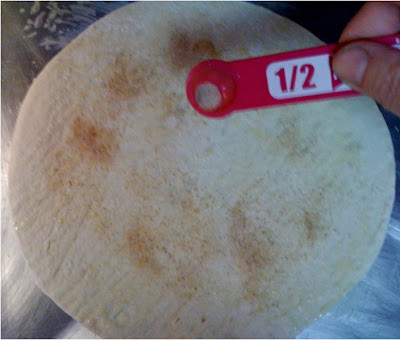 Sprinkle with 1/2 tsp of cinnamon sugar. Turn over and repeat with butter and cinnamon sugar on other side. Do this to all of the tortillas. 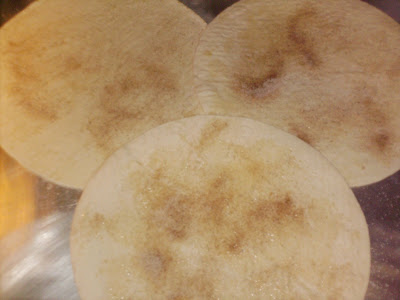 Place tortillas on cookie sheet in oven preheated to 325 degrees until just warm and pliable. 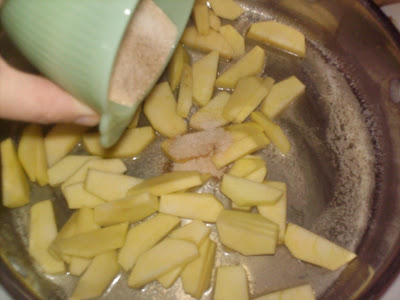 Put apple slices in skillet with remaining butter.
Now my recipe says to add a tablespoon of sugar to this but I looked at all that good cinnamon sugar I had left and just poured all of that in instead. I don’t know why I haven’t done it like this before! 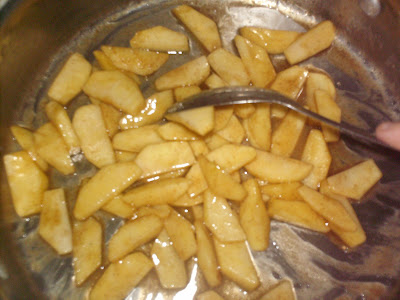 Stir all that good stuff up. You want to cook these on medium low until they are tender but not mushy. 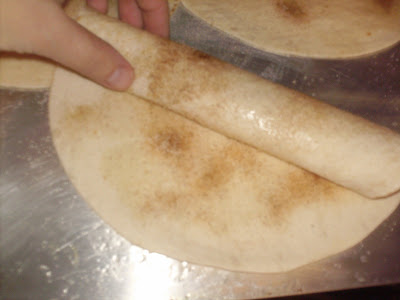 While your apples are cooking, remove your warm tortillas from the oven. Roll each of them up into a tube. 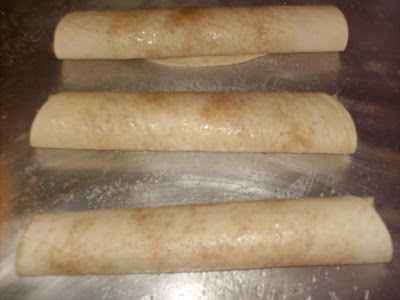 Place them on the cookie sheet tube side down and return to the oven for about ten minutes, until they are browned and crispy. 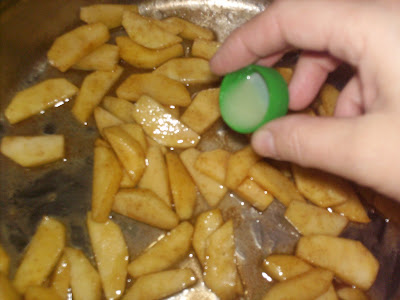 Once your apples are tender, add a teaspoon of lemon juice and stir that up. 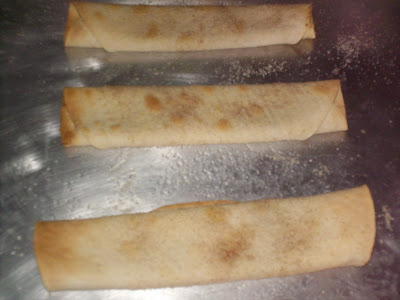 After about ten minutes in the oven, your tortillas will look like this. Take them out of the oven. 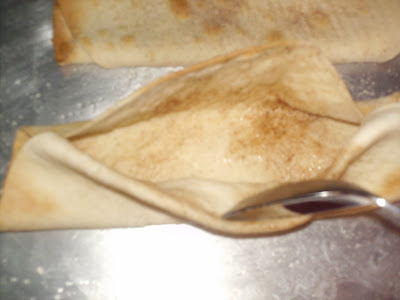 with a large spoon, carefully open the tube, just do one of these at a time. 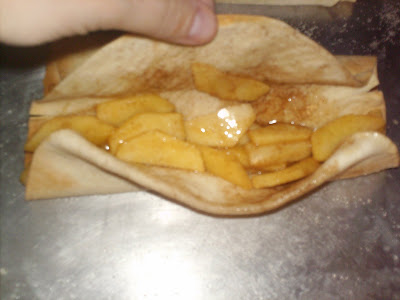 Spoon apple mixture into each one and then fold it back closed again, placing it seam side down onto a plate or platter.
EAT!!!
EAT ‘EM QUICK BEFORE SOMEONE FINDS WHERE THEY ARE AT AND STEALS ‘EM! 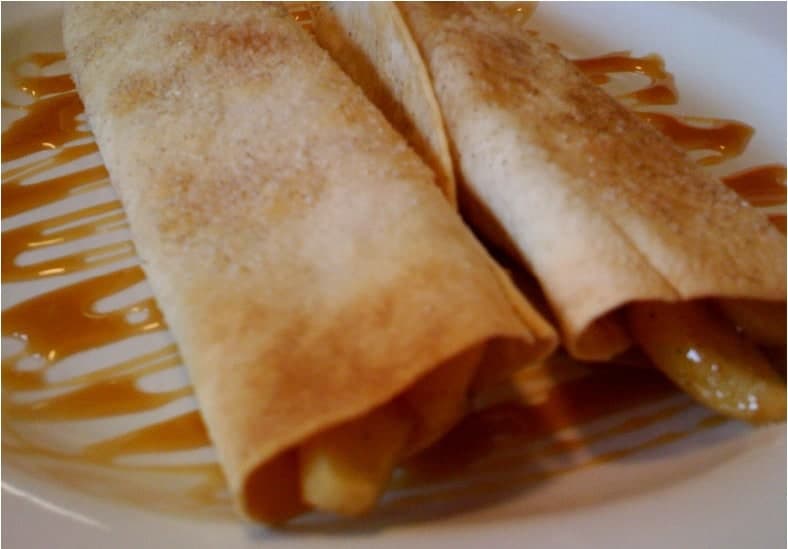 You might also enjoy this recipe! Apple Dapple Cake

Our Kroger has fresh made cinnamon (flour) tortillas. Bet they’d be great for this recipe. I’d probably cut back a bit on the cinnamon if using these.

Can this be made in advance and heated at a gathering later?

Couldn’t you fill you tortillashells with apple mixtureand bake them or would they be to moist?

Could you sub apple pie filling for the fresh apples?

I will definitely be trying these soon. Sounds like a good treat for the whole family. We have 2 teenage grandsons living with us and I know they would eat these faster than I could make them. Thank you, again!