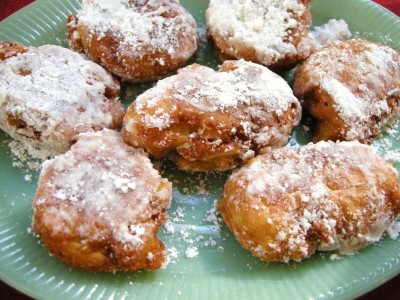 My first memories of apple fritters come from a family trip to the Smokey Mountains in Tennessee when I was about seven years old. Up until then, I’d never had them before but it was obvious that my parents were no strangers as they hunted down one particular restaurant just to partake of the treat, served alongside apple butter for dipping.

Apple lovers seem to hold these little hand held delights in such high regard that their eyes glaze over when talking of them. I’ve had more readers than I can count ask me if I had an apple fritter recipe and so today I’m bringing you my very own recipe for them, one that my husband swears could bring about world peace if I played my cards right and kept the sides of apple butter coming.

How ’bout them fritters? 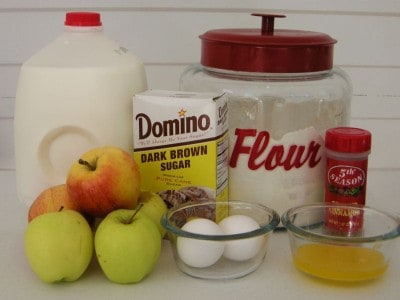 The ingredients you’ll need for this Apple Fritters recipe are:

Before you mix up your batter, pour about 1/2 inch of oil into a skillet and put it on medium heat on your stove eye so it will be ready to fry in. 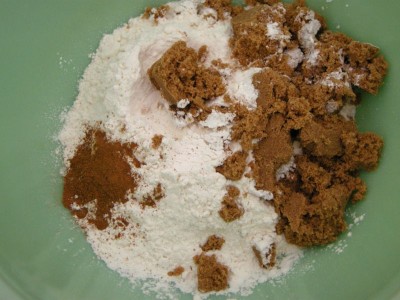 In a medium sized bowl, place your flour, sugar, and cinnamon. 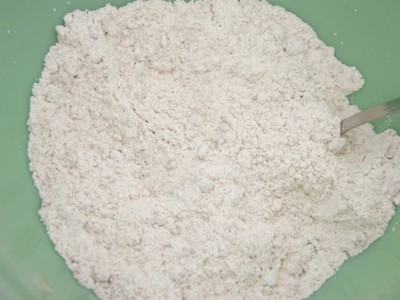 Stir that up well, breaking up any sugar lumps as you go.

Now you know if any of those lumps are really stubborn, its bad luck not to eat them. 🙂

In fact, I think it should be considered bad luck not to eat a pinch of brown sugar every time you cook with it. 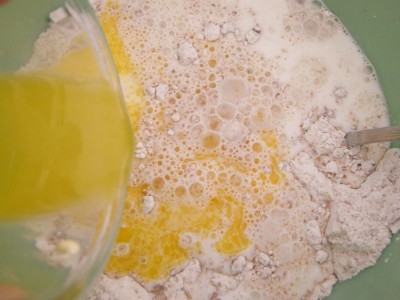 add in your milk and melted margarine 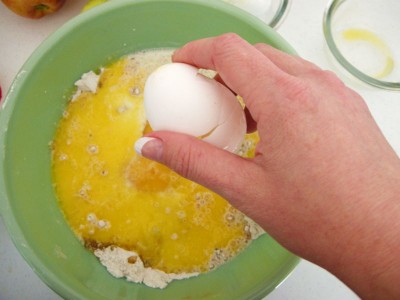 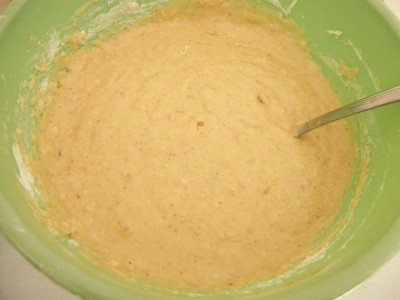 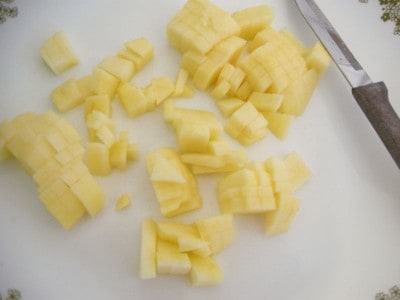 Peel and dice up your apples. 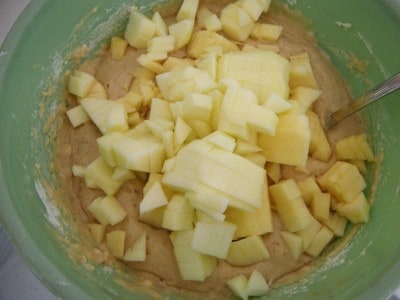 Toss that into your batter. 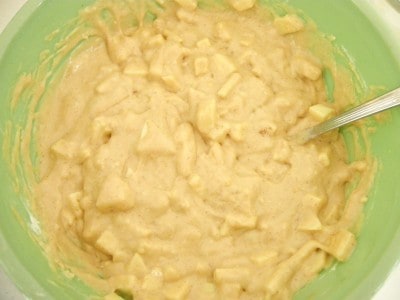 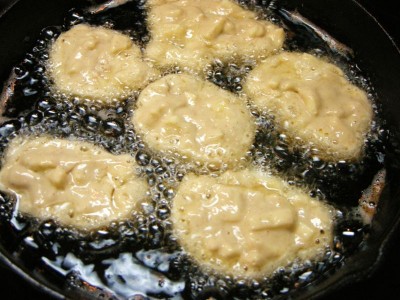 I use a big spoon that holds about 1/8 of a cup but feel free to make these as large or as small as you like. 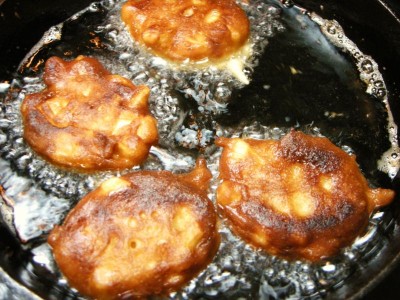 After they get browned on one side, turn them over to brown on the other. 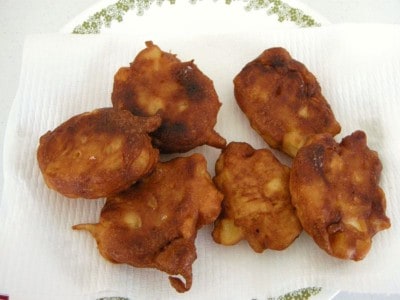 Place the on a paper towel lined plate. 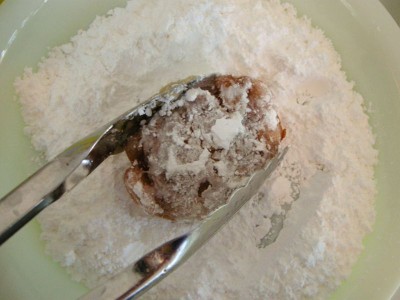 The cool thing about doing half in sugar and half plain is that you have to eat at least one of each!

See? I work on these angles for y’all!

Here are my little sugared fritters 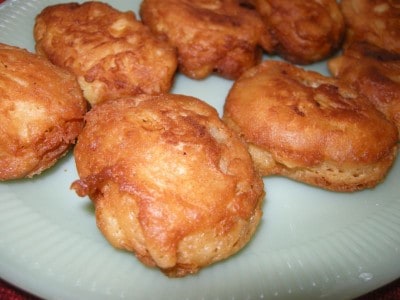 and get a gander at these unpowdered ones.

See how hard it is to choose? 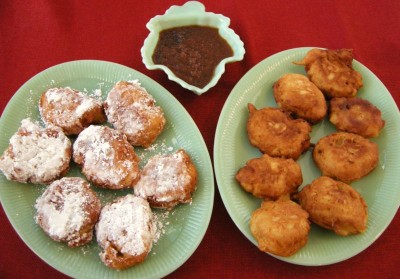 This recipe makes about two dozen and you’ll notice that several of those didn’t make it to this photograph.

These mysterious hands started snatching them off the platter on the way and I heard choruses of “yummm” as a result. 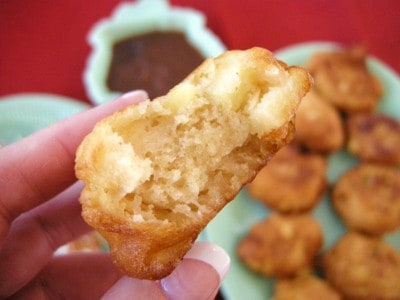 I did volunteer to take a bite of one so y’all could see all the chunks of apple inside.

These are so moist and delicious! 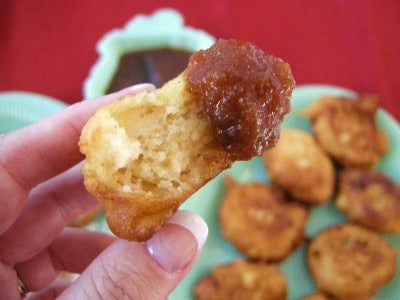 And then I thought I wouldn’t be doing y’all right unless I showed you what it looked like with a little apple butter slathered on. 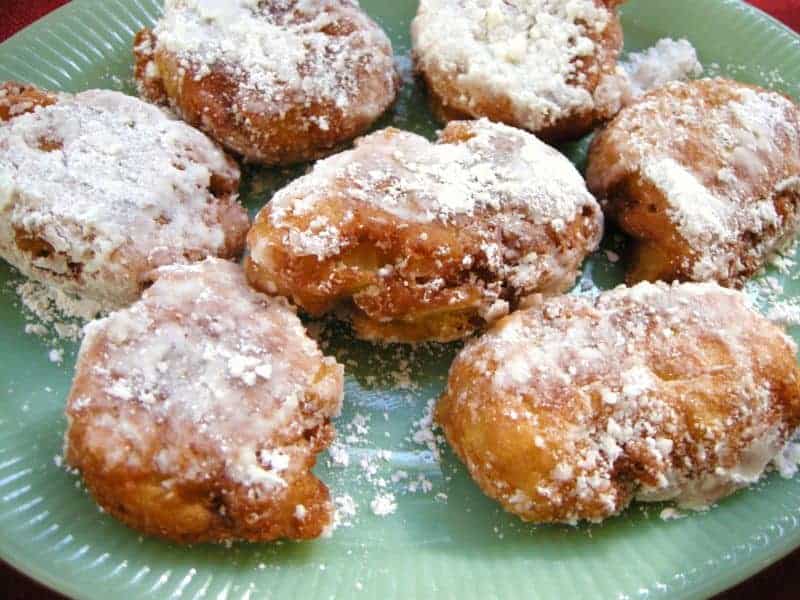 You may also enjoy these apple recipes: 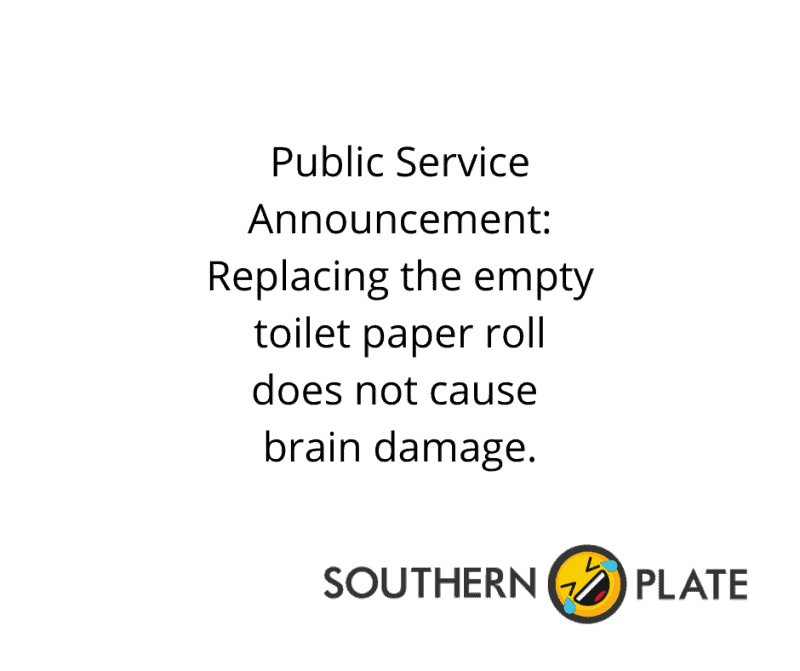 < Previous Post
BIG News About Velveeta and Me! (and Mama’s Mac and Cheese)
Next Post >
Get My Original Velveeta Recipe Today!
Subscribe
Login
172 Comments
Oldest
Newest Most Voted
Inline Feedbacks
View all comments