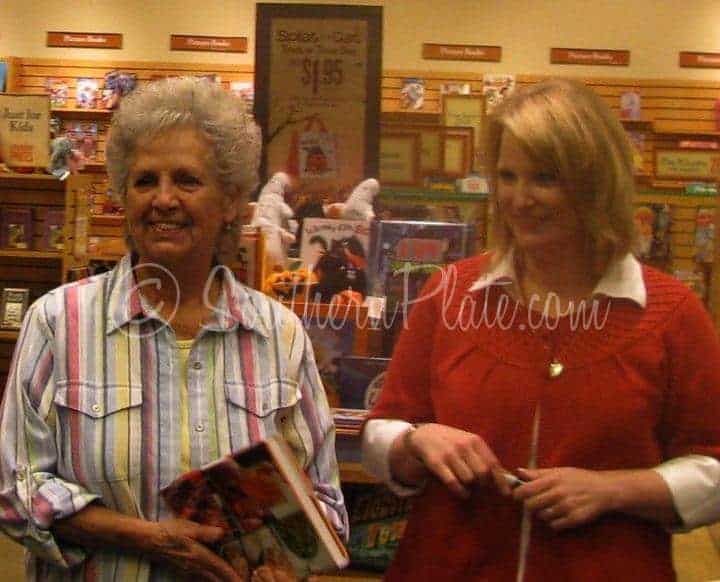 When I sent a call for heritage recipe submissions to email subscribers, Susan was the first one to send hers in to me a few minutes later. I read her description of her wonderful mother and felt so honored to have her share this boyfriend fudge recipe with me. Then, when I opened the photo she sent to accompany it, and found that it was of her mother and myself, I was at a complete loss for words – and y’all know that doesn’t happen often! What an honor for me, thank you Susan and Miss Ann! Gratefully, Christy

My mother will tell you now she cooks just from memory…not by a recipe. My sister and I have tried to document some of her recipes that are our favorites. The recipe I’m sharing is for her “Boyfriend Fudge”. She makes it for us every Christmas. She got the recipe from her sister (my aunt) who is now deceased….and I’m sure she got it from their mother (my grandmother)…so it has been passed down through the ages.

Mama says she has no idea how it got the name “Boyfriend Fudge”…but we suspect it came from the fact that it would be something you would make your boyfriend to insure he would stay around awhile. The best way to a man’s heart is through his stomach.
Hugs,
Susan Hatcher 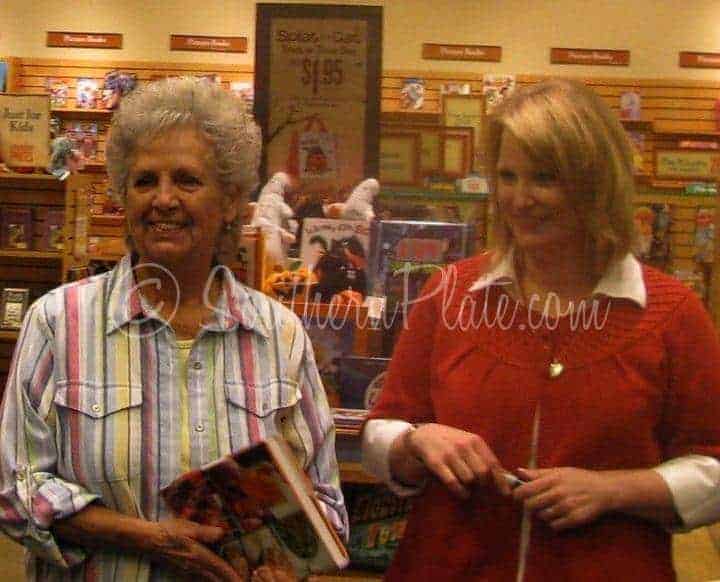 We suspect the name "Boyfriend Fudge" came from the fact that it would be something you would make your boyfriend to make sure he stayed around awhile.
Print Recipe Pin Recipe
Prep Time: 10 minutes
Cook Time: 1 minute
Total Time: 11 minutes
Course: Dessert
Cuisine: American
Keyword: fudge
Servings: 4
Calories: 159kcal

If you want to be happy, set a goal that commands your thoughts,

liberates your energy, and inspires your hopes.

I am a new reader. I am trying to get a few good staples. I love your recipes. I have made two just last week. I will make more and post comments about each after I make just a few more.

However, I do have a problem with this site. I am aged and do not have good sight anymore. I search the coments for every recipe looking for additions, omissions and etc. to the recipes.

There are just way too many comments like these: “YUMM!! Cant wait to try.” or “I’m going to make this soon. Sifting through all of this is hard on my eyes. Notice, please, there wasn’t one reader who made this Boyfriend Fudge recipe.

Thank You and keep up the good work.

Susan H.
Reply to  terry b

Terry, I am the reader who submitted this recipe. My mom is now almost 80 and still loves getting in the kitchen with my sister and I. We just made three batches of this recipe Saturday. It is my sister’s favorite Christmas treat. I’m not a huge fudge eater. Would rather have divinity or cake. But let me assure you…this recipe is really good. My sister has almost polished off a whole batch in two days. We don’t tweak it at all…it has worked for us and past generations for many years so we don’t change it up. If it ain’t broken…don’t fix it is our motto on most recipes. We don’t use a candy thermometer…my mom just knows howto test the hot fudge in a cup of cold water. My sister and I are trying to be sure we learn all mama’s trick’s while we are still blessed to have her here with us. I hope you will find someone to make memories with and give this a try if you like old fashioned fudge.

It’s called boyfriend fudge as you need a boyfriend to help you stir it to set up. At least that is what my recipe says. This fudge melts in your mouth – all the sugar! Thanks for posting.