My Samoa brownies recipe is basically a wonderful and delicious brownie version of the Samoa cookie, where chocolate, caramel, and coconut combine to make this decadent dessert. 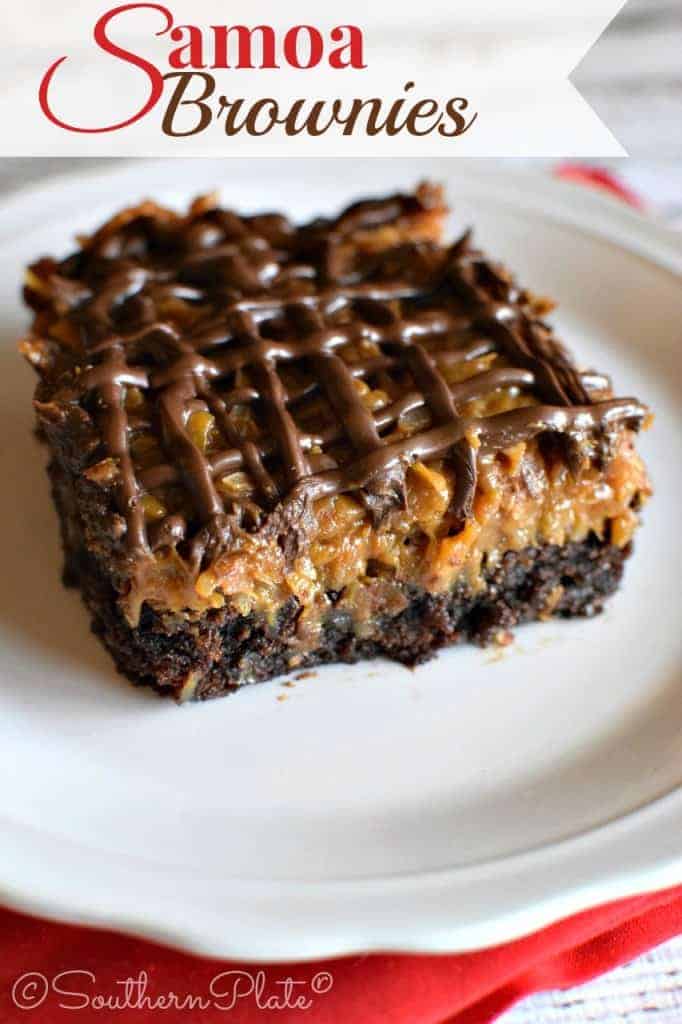 What’s your favorite Girl Scout cookie? My favorite, hands down, is the Samoa, which is how these Samoa brownies came about.  I just love everything about the Samoa cookie. So a few weeks ago I was playing around with the thought of coming up with a homemade version of the cookie and my mind somehow shifted into brownie mode instead (my stomach was quick to egg on the idea). A little experimentation (along with two pans of brownies going to school with my son) and here we are: Samoa brownie heaven!

Of course, when it comes to being a Samoa expert, I am only one from a consumer standpoint. Despite my best efforts, I never got to be a Girl Scout. I was, a Cub Scout, though!

Now, back to this easy brownie recipe! All we need is 5 ingredients: chocolate fudge brownie mix, evaporated milk, dulce de leche, semi-sweet chocolate chips, and sweetened coconut flakes. A little bit of baking, a little bit of mixing, and a little bit of layering, and your brownies will be ready.

The taste and texture combination of the moist brownie layer, sweet caramel sauce, toasted coconut, and dark chocolate drizzle makes these brownies so deliciously flavorful and decadent. One bite and you’ll be joining me in Samoa brownie heaven! 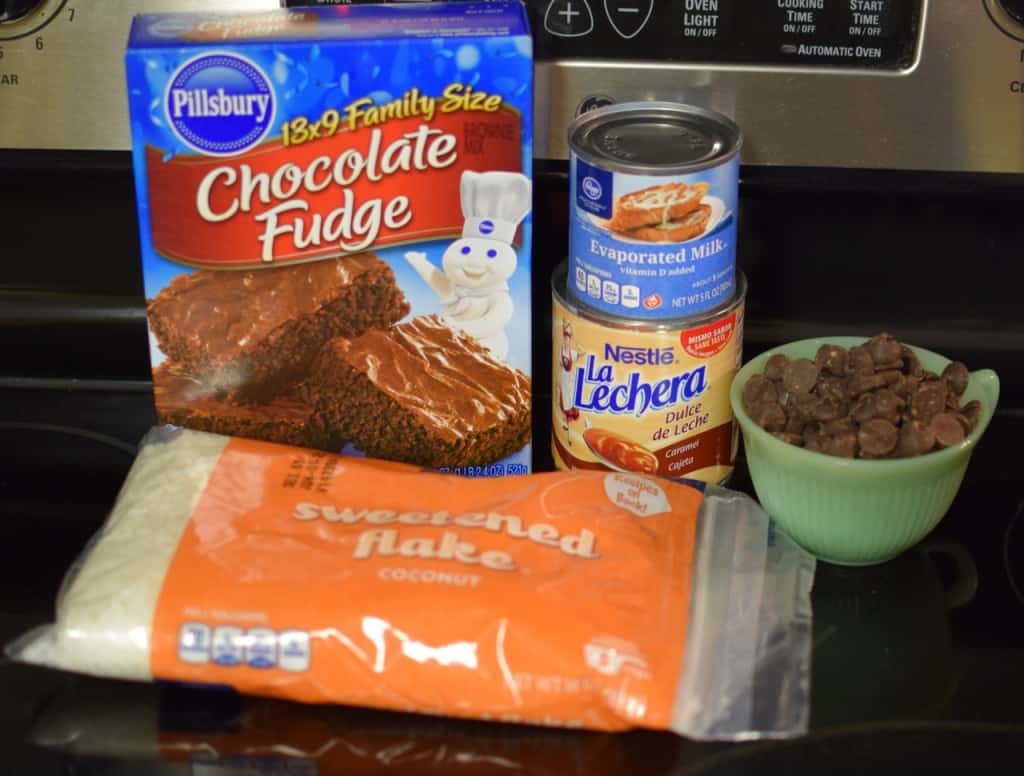 How to Make Samoa Brownies

First, make your brownie batter according to the box directions.

Pour the batter into a 13×9 baking dish and bake for the requested time.

Let them cool in the pan while you continue with the following steps. 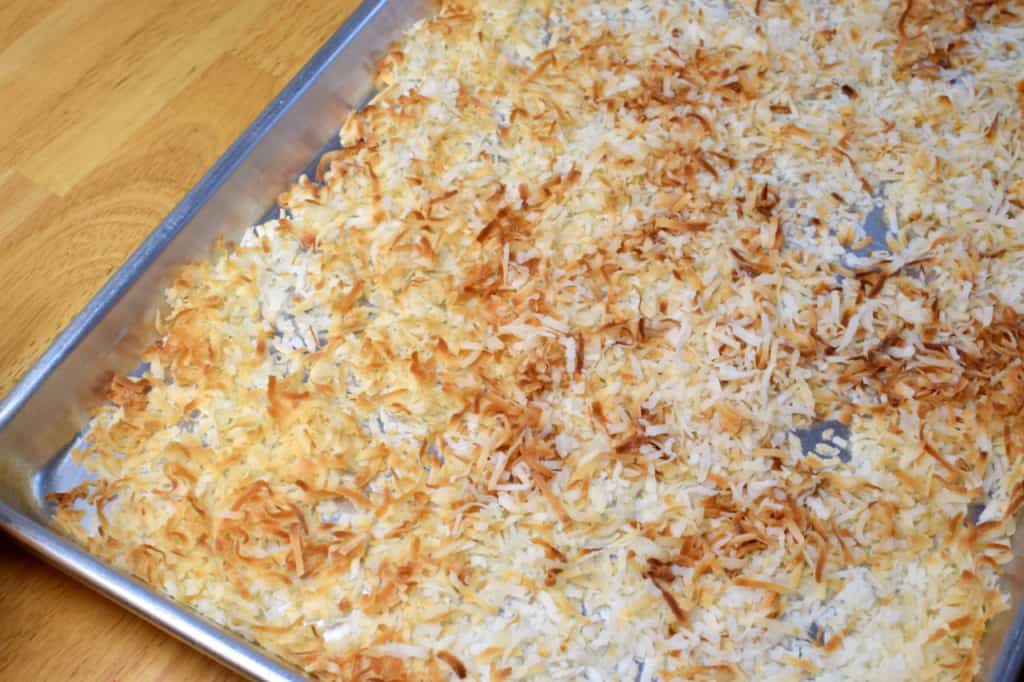 To begin with, spread your shredded coconut out on a rimmed baking sheet and place it in a 350-degree oven to toast. This will take about 10 minutes or so and you’ll need to keep an eye on it and stir it a time or two.

If you have the patience of a caffeinated gnat, as I do, you can put it in the oven and put the oven on low broil, stirring very often, and have it done in just a few minutes. Be careful though because it burns really quickly. 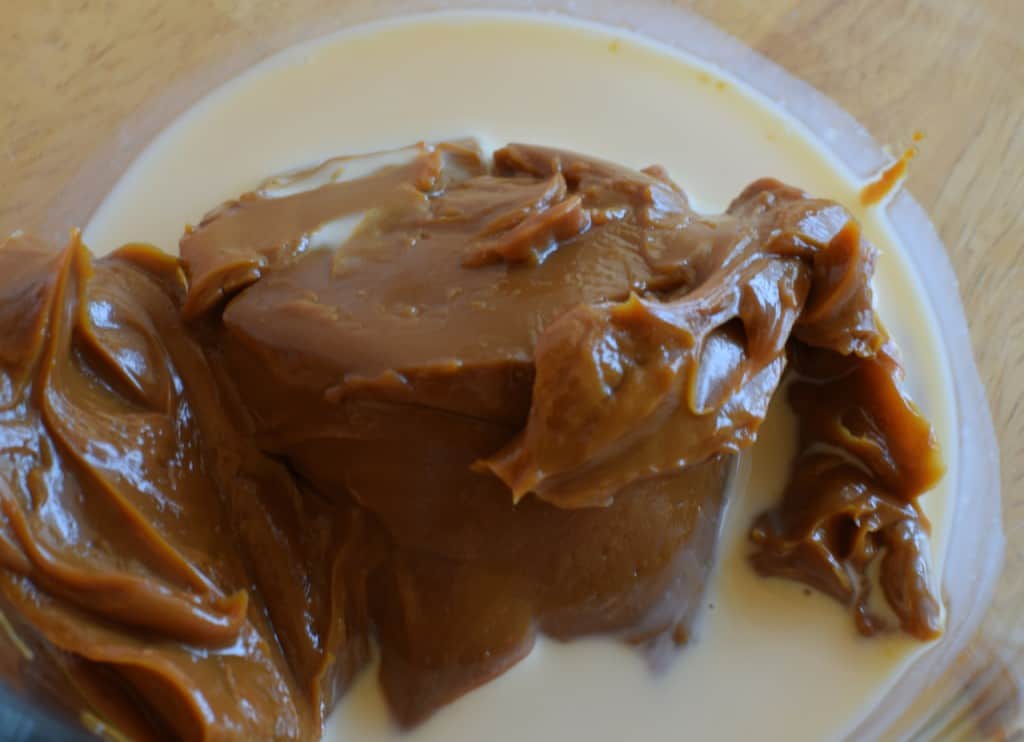 While that is going on, place your caramel and 1/4 cup of evaporated milk in a bowl.

Heat this in the microwave at 45-second intervals, stirring in between each, until it is just warm enough to blend together really well. 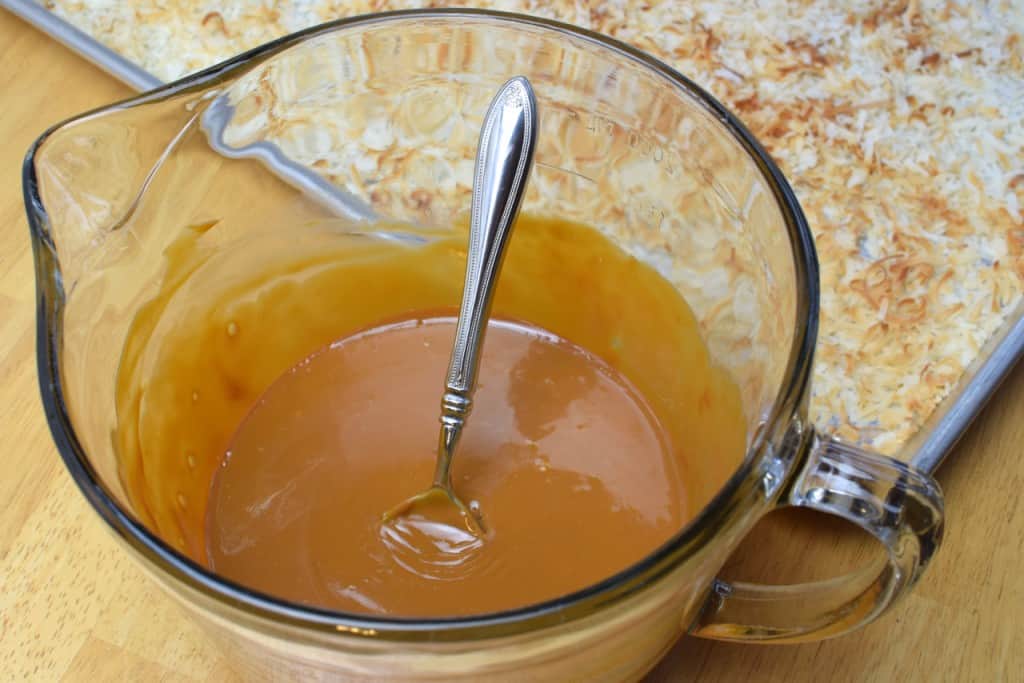 This is our smooth and creamy caramel after we have thinned it a little bit with the evaporated milk. 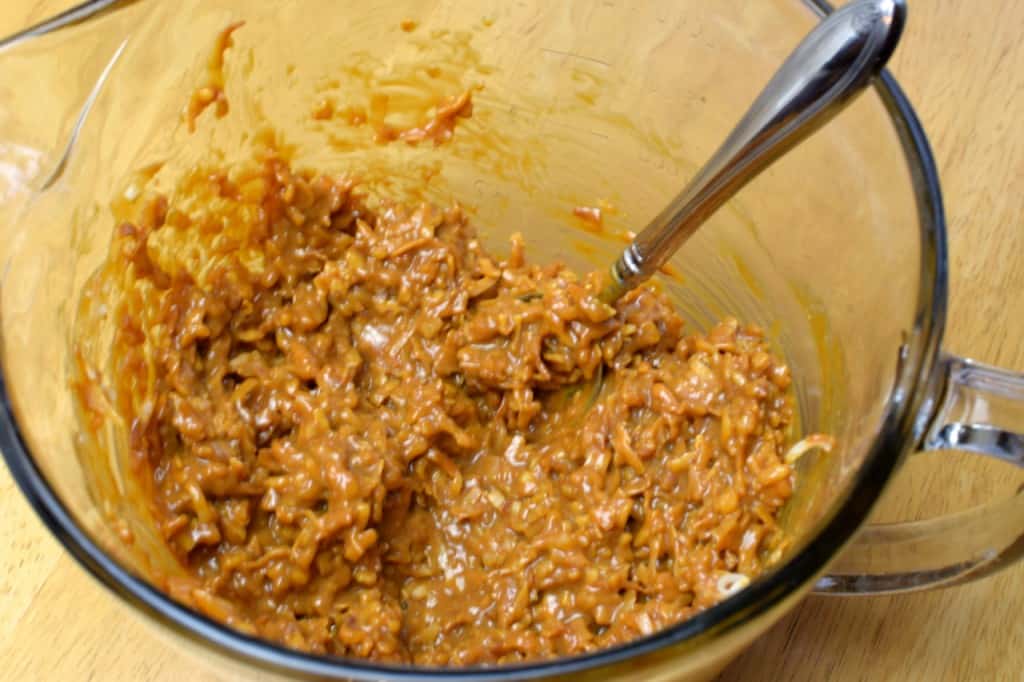 Now stir in your coconut until it is all covered in caramel.

Oh, mercy. My mouth is watering just typing that!

Spread this coconut caramel mixture on your cooled brownies.

Melt chocolate chips in the microwave at 45-second intervals, stirring in between each, until smooth.

Allow to cool for a few minutes and then put that in a zipper seal bag.

Cut the tip off and zig zag the melted chocolate across the top of your iced brownies.

Allow the chocolate to set before serving. 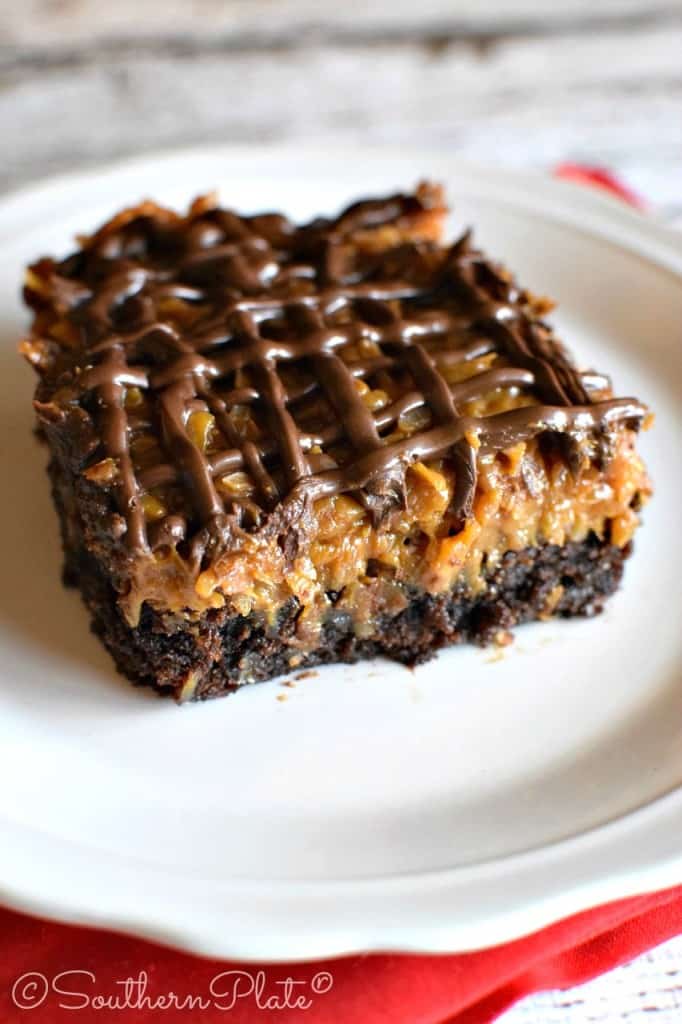 And believe me, it will be love at the first bite of these delicious Samoa brownies!

How do you serve Samoa brownies?

They taste deliciously decadent and fudgy as is, but for dessert, I can never resist serving them with a scoop of vanilla ice cream.

Can I use something other than coconut?

Yes, you can either omit the coconut completely or substitute it for different chopped or ground nuts, like slivered almonds, macadamia nuts, pecans, or walnuts.

One Bowl, No Egg Fudgey Brownies 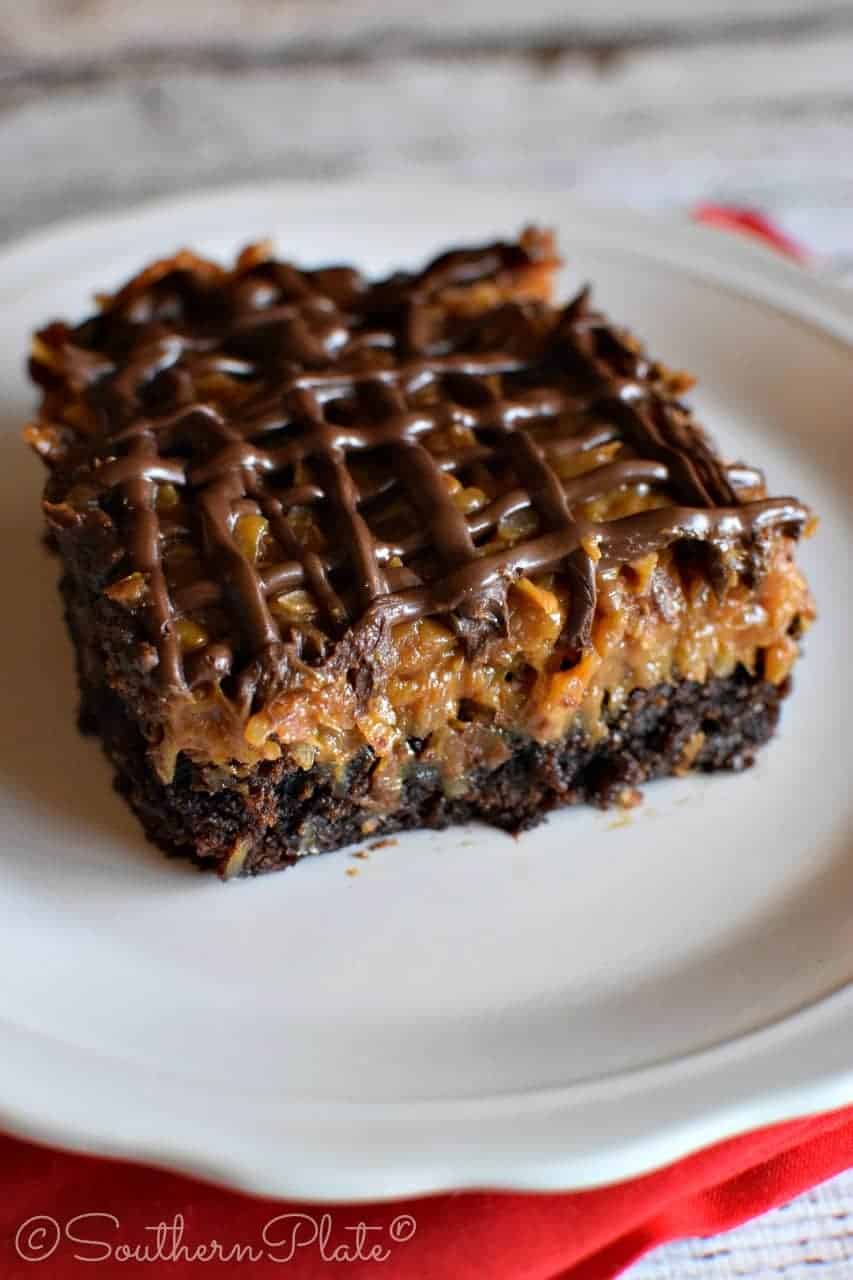 “Find yourself, and be that.”

I can’t tell you how excited I am to have the recipe for Samoa Brownies. I’m a chocoholic and was about to make a Texas Chocolate Sheetcake. Now I’m adding the brownie ingredients to my grocery list instead. I believe it will be my new go to chocolate fix.

Let me know what you think Retha when you make the recipe. I hope you love them 🙂

I made these for a family get together and they were a huge hit!

Christy,
The Aldi Samoa Cookie knock offs are called Caramel Coconut Fudge Cookies. Duh! I left our the Fudge part of the name, but, hey, I’m an old lady so please forgive me.
Claudine in Fort Worth, TX