If you’re new here, Welcome to Southern Plate! Sit down and get comfy because you are a grand addition to our table. You might want to check out our FAQ and subscribe by email so you don’t miss a thing! Gratefully, Christy 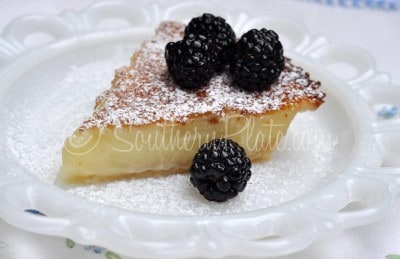 “You’re only spending one night, Katy”

“Oh Katy” I said, in an exaggerated voice “We’d just miss you SO MUCH if you were gone more than one!”

This was a recent conversation we had on the way to take Katy to spend the night at my mama’s house. My kids don’t get to spend nearly as much time as I’d like with my parents because they live a pretty good bit away from us and I understood her excitement completely. There really is something magical about Grandparents.

We used to beg to spend the night with my grandparents. Grandmama, Grandaddy, and my great grandmother Lela all lived in one house when we were kids and getting to spend a Saturday night at their house was like hitting the jackpot for us for  many reasons but the two main ones were:

My rambling  today actually is related in a roundabout way to the recipe. ‘Course, I could just get right to the point, describe the dish, and give you the recipe, but wheres the fun in that?

My grandparents used to love ice cold buttermilk and though we scoff at drinking it these days (most folks going for whole or “sweet” milk as they used to call it), I can fully see why it would have been a treat long ago. You know how kids today like sour things, candy and even drinks? I can see how a child of the depression would look forward to a cold glass of rich, sour buttermilk the same way. 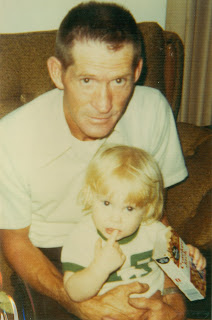 Me and My Grandaddy

On those special Saturday nights, we’d eat supper at their large table and then head on into the den as Grandmama made us glasses of milk (sweet milk for us, buttermilk for them) to crumble our cornbread into and eat with a spoon. I’d curled up next to my Grandaddy on the couch, his arm draping naturally around me once he finished his cornbread. We’d watch Buck Owens and Minnie Pearl, giggling and singing the PFFT! You Were Gone song when it came on as my grandparents acted like they had no idea what was coming up. The little jokes told in the cornfield had us laughing hysterically (kids are so much more easily impressed with jokes) and then they’d get down to the picking and a grinning, one of Grandaddy’s favorite parts of the show. “I’ma pickin’ – and I’ma grinnin’!”

I’d give anything to be able to have one more Saturday night at Grandmama and Grandaddy’s house in good old Huntsville, Alabama.

But life has changed and I’ve grown up. Hee Haw doesn’t show on any of my channels anymore and Grandaddy isn’t here to wrap his arm around me. Tomorrow I’m going to New York city for the first time in my life, to meet with my publishers and several people who are working behind the scenes on my book .  I bet Granddaddy is tickled at how a few  stories and recipes from the days of milk and cornbread have ended up with me flying to New York and having a book published. (Note, this post was written in 2010, to see the post about how my New York Trip went, click here.)

I’ll be gone almost four full days and during that time my kids are going to get to spend the night with their grandmama and granddaddy, which makes my heart a little less sick over leaving them and puts a smile on my face at the memories I know they’ll be creating. I bet they won’t have milk and cornbread but I think I’ll make some first thing when I get back. Maybe I’ll even pull up a little Hee Haw on Youtube and teach them the words to “You Were Gone”. (There is actually a video of me and my friend Terri singing this with the kids here)

With that bit of nostaliga, here is a classic Southern recipe for you. Simple yet delicious, with our beloved buttermilk as the headlining ingredient. I’ll save ya a slice, Grandaddy. 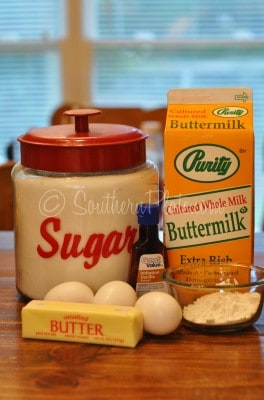 You also need a little lemon juice but I don’t have any right now so we’re making do without it. I’ll put it in the ingredient list down in the recipe though. I really prefer making do to making a special trip to the grocery store. That’s how folks did it in the old days anyway. 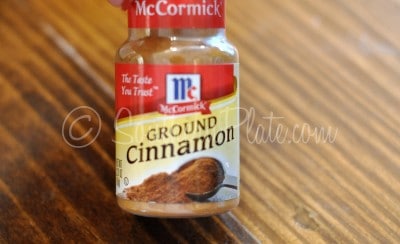 A little cinnamon is nice for the top, but not required. 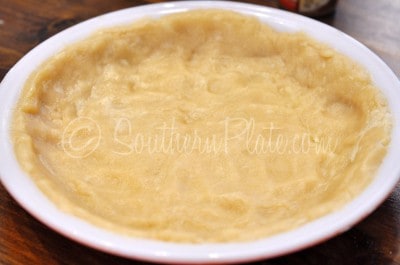 I am using my mix in the pan pie crust recipe here but you can just buy one if you like. 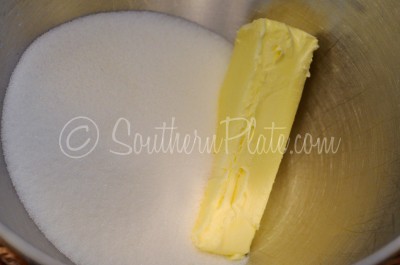 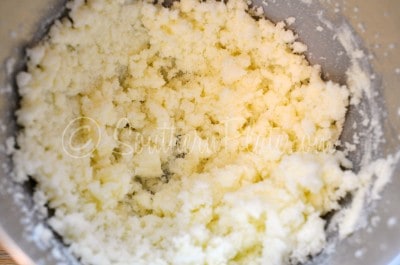 Beat until light and fluffy 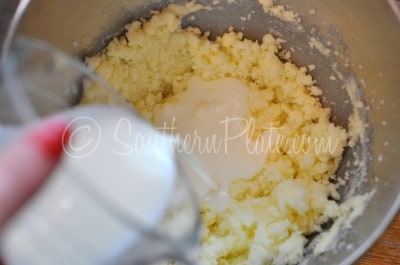 Add in your milk

(and lemon juice if you have it) 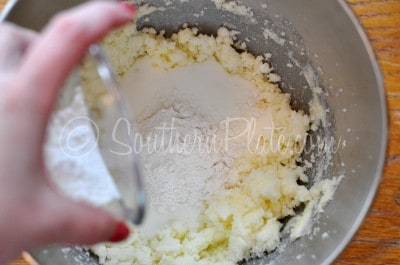 add in your flour 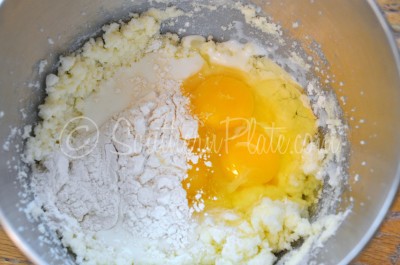 and eggs and vanilla

You know I’m still aching for a chicken coop. One of these days we’re gonna have to move out of the city limits. ~sighs~ 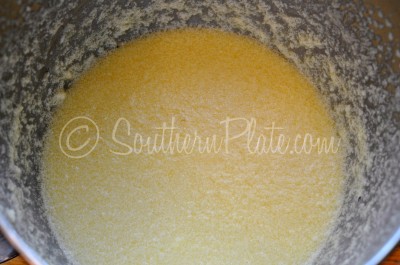 Mix that up well. 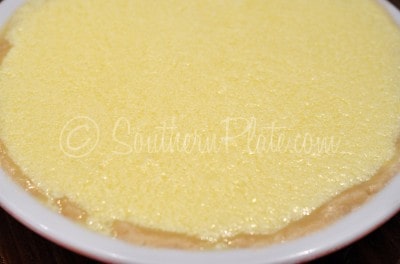 and pour in your pie shell (or pie crust) 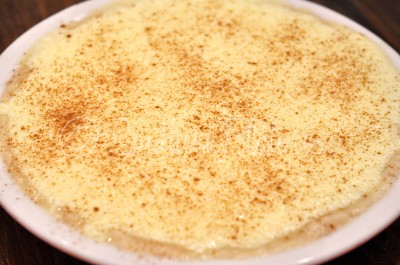 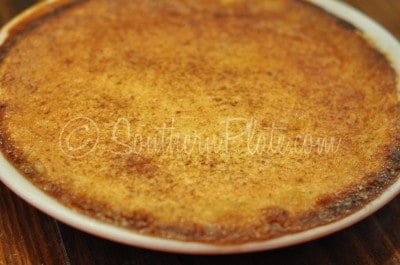 Bake for about forty minutes, or until browned. Remove from oven and allow to cool.

Note: This pie will be a little jiggly in the middle but as it cools it will set. 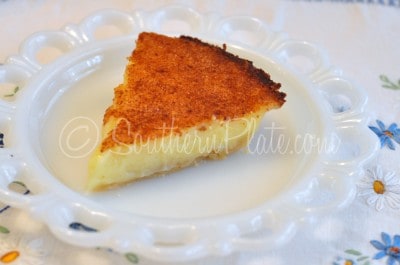 I prefer to serve mine cold. This has a very simple and light taste, its perfect to serve with berries or fruit.

It’s also pretty if you sprinkle each slice with a little confectioner’s sugar like I did in this photo.

I’ve never made this pie with Splenda but you can substitute that for the sugar if you like, just remember to measure it out light and fluffy, and remove a tablespoon or two so that you are using a weeee bit less Splenda than sugar, this will help avoid the artificially sweetened taste. Another sugar substitute that I’ve tried recently is one called Ideal Sweetener. I absolutely cannot tell the difference between that one and real sugar AND you can even bake with it. I’m having a hard time finding it in my area but you can visit their website to find out where they may have it near you. It is the closest thing to real sugar I have ever tasted (without being real sugar). 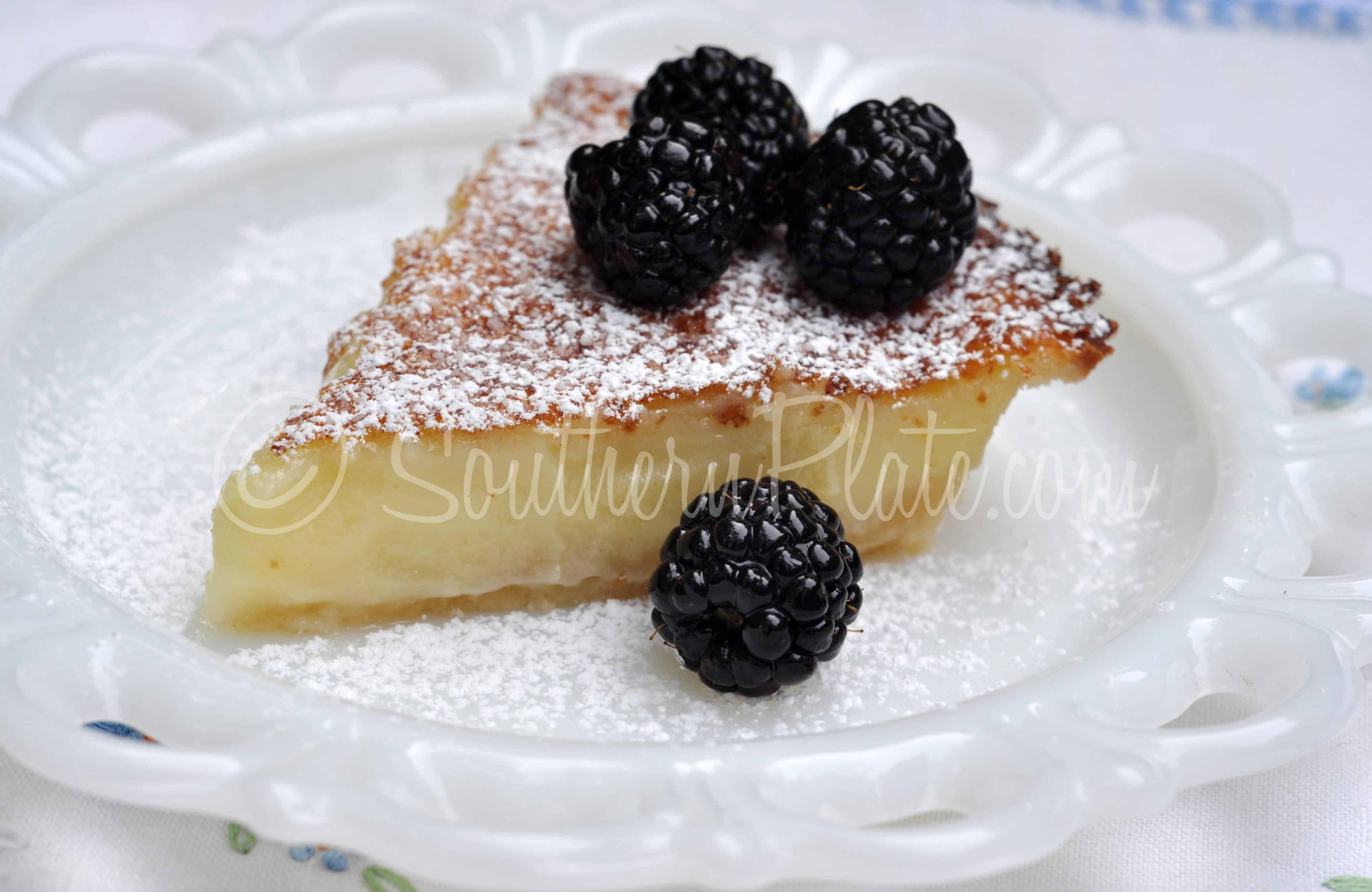 When was the last time you… 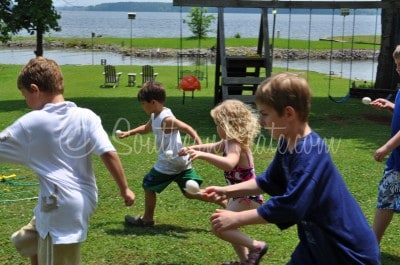 Had a spoon and egg race? 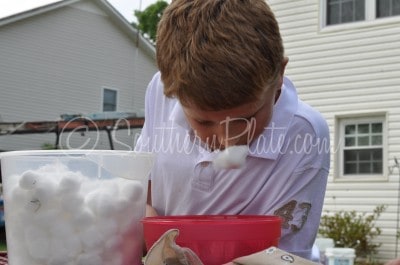 Saw how many cotton balls you could transfer to a bowl using only a glob of Vaseline on the tip of your nose? 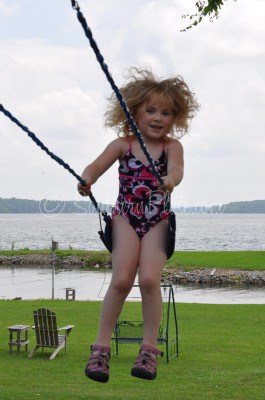 Touched the sky with your toes? 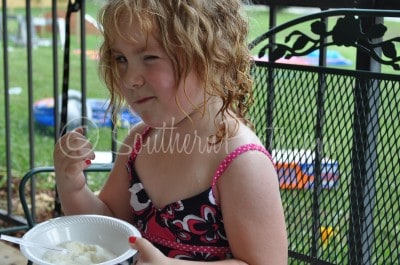 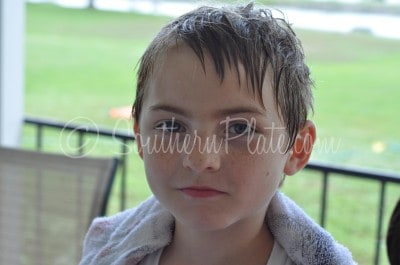 Picked out your favorite freckle on the face of someone you love?

I shall be telling this with a sigh
Somewhere ages and ages hence:
Two roads diverged in a wood, and I—
I took the one less traveled by,
And that has made all the difference.
~Robert Frost
Submit your quote here. 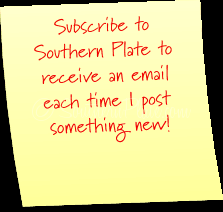