This recipe for Lemon Chess Pie was originally published on SouthernPlate in 2008. I updated the photos and instructions in 2018. I hope you get to make this wonderful old fashioned pie soon! 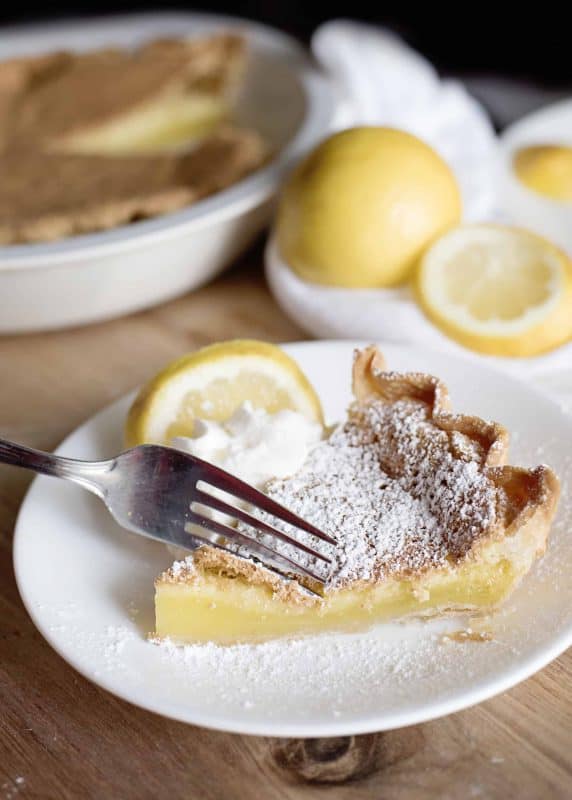 A thick, custardy textured pie, chess pie has long been associated with southern cuisine. No one quite agrees on the actual origins of the name except for the fact that it has absolutely nothing to do with the game of chess (We’ve always been more checkers type folks down here anyway). One theory is that since this pie kept so well in a common piece of furniture known as a pie safe or pie chest, they simply named it after that (we do have a tendency to drop our T’s – gotta love the drawl!). Another theory is around the time the pie was invented, it did not have a name and when the cook was asked what kind it was, she simply replied “Its ‘ches pie” (which is southern for “It’s just pie”).

Either way, chess pie is just a good old fashioned dessert. Lemon chess pie is my personal favorite. I like to make it with my mix in the pan pie crust for a total old fashioned, simple but good experience but it works beautifully in a standard store bought pie crust, as you’ll see in this tutorial. 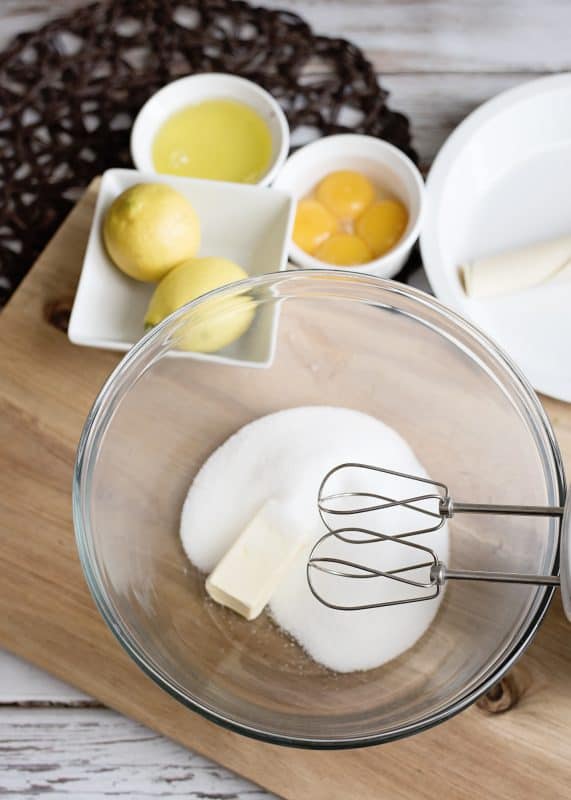 Lets hear it for simplicity! All you need to make this is is butter, eggs, lemons, and sugar!  I have used lemon juice on occasion when I didn’t want to fuss with lemons or didn’t have them on hand and it was still wonderful.

The actual recipe is at the bottom of this post in a printable recipe card, as always.

Begin by separating your eggs, yolks from whites. Make sure there is no yolk at all in your white because we are going to beat those and they won’t do what we want them to do if they have yolk in them. 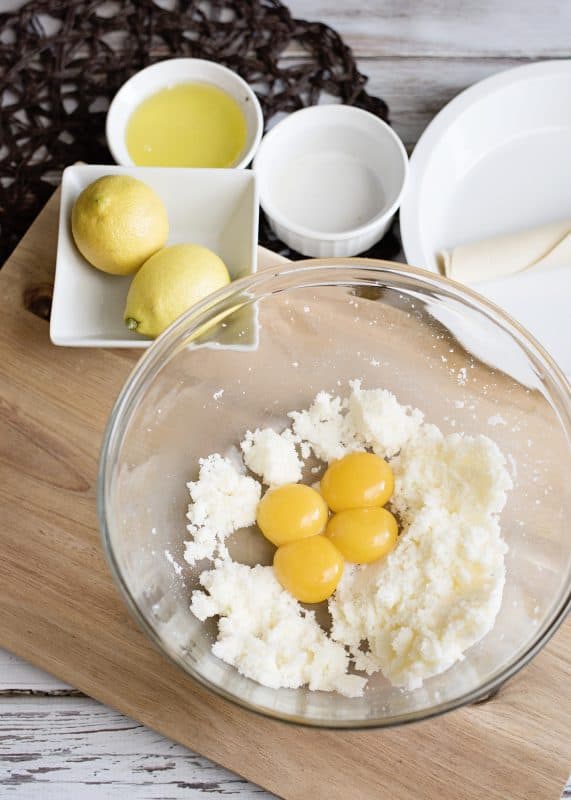 Cream sugar with butter with an electric mixer until light and fluffy. Beat in egg yolks.

Lightly grate the rinds of your lemon to get some zest. Add grated lemon rind and juice, beat in. 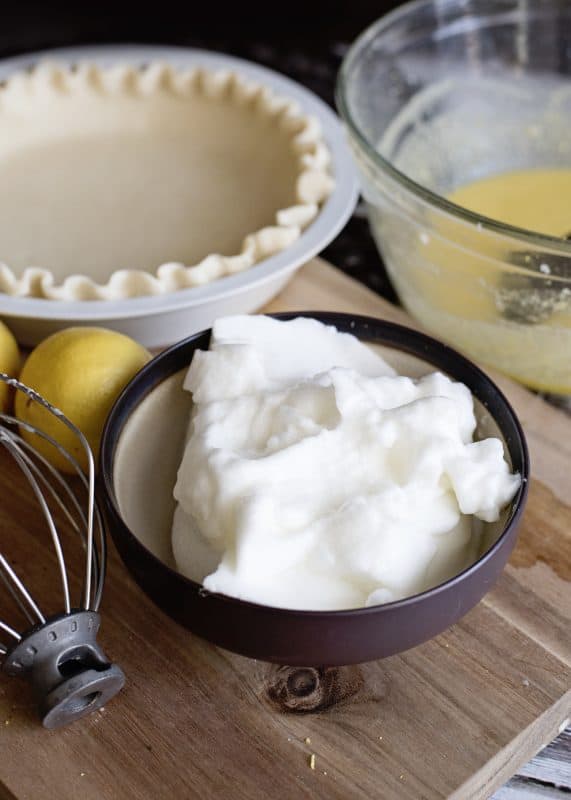 In a separate bowl, with clean beaters (important), beat egg whites until stiff and then lightly fold into your batter by hand using a spatula or large spoon (this means just stir them by hand until they are mixed in). 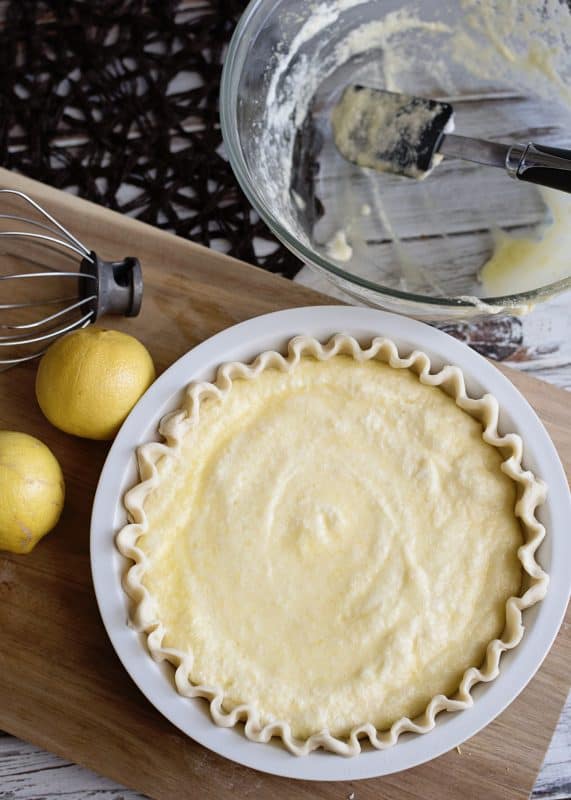 After you fold egg whites into your batter, pour into pie shell and bake at 350 until set and golden, about twenty five to thirty minutes. 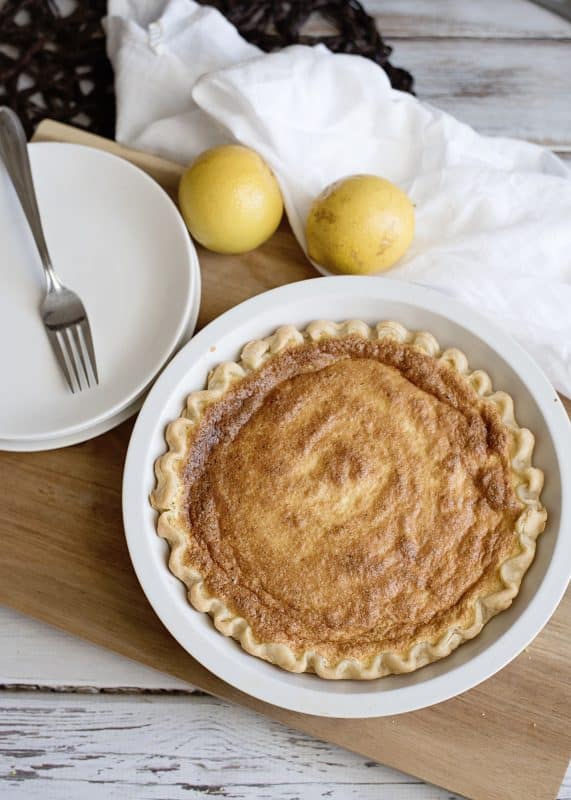 It will be light and golden on top and smell like heavenly sunshine. 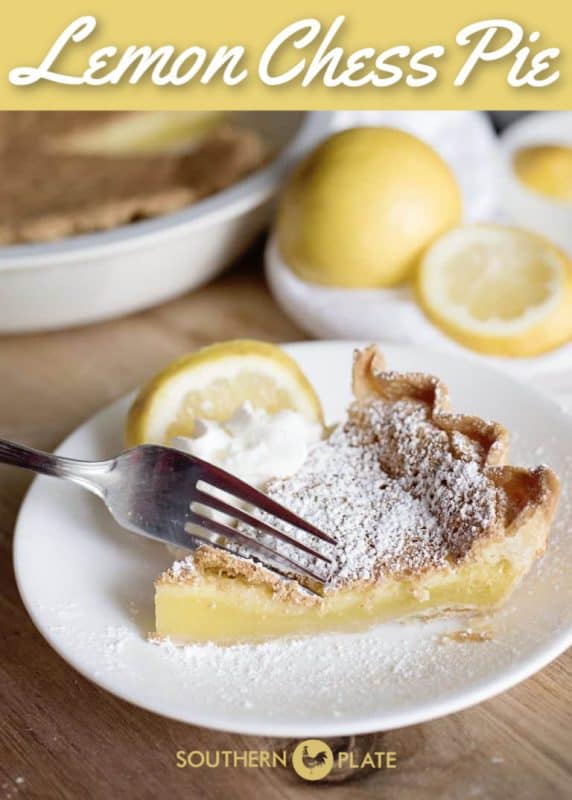 For pretty sake, you can sprinkle a little confectioner’s sugar on top, if you like. 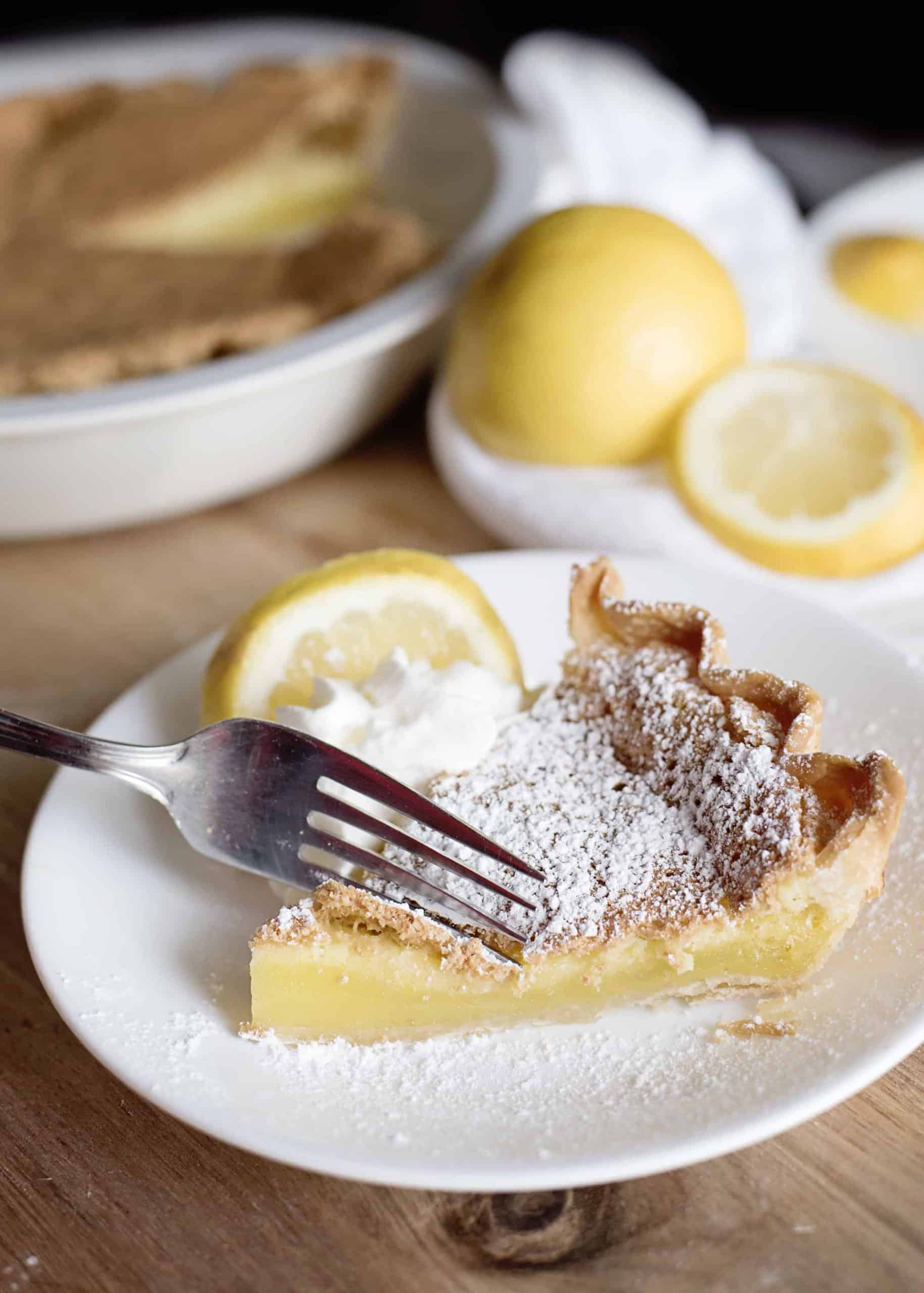 Allow to completely cool before cutting. Even better if you make a day ahead of time and refrigerate until serving.
Tried this recipe?Mention @southernplate or tag #southernplate!
Thanks for reading Southern Plate!!!!

A boy doesn’t have to go to war to be a hero; he can say he doesn’t like pie when he sees there isn’t enough to go around.
~E.W. Howe 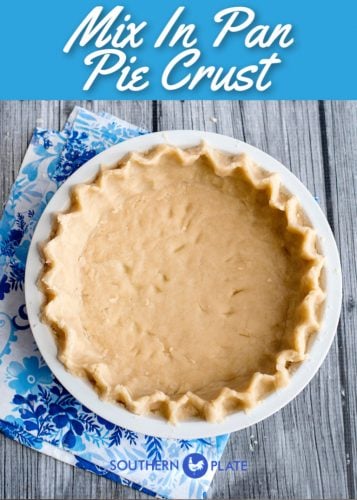 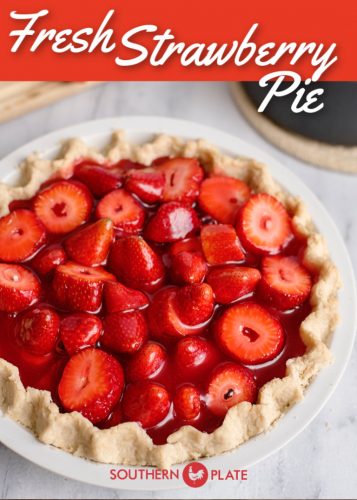 This post featured on Meal Plan Monday and Weekend Potluck!