How To Make This Loaded Potato Soup Recipe 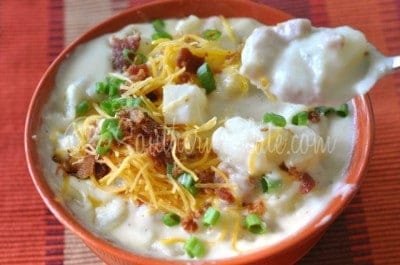 Are Potatoes Good For You?

Let’s face it y’all, with so many people wanting to eat low carb potatoes can often be avoided.  But if you don’t eat them you are missing out on some good nutrition!

I wouldn’t recommend having them every day if you are trying to lose weight but for a good nutritious meal adding potatoes adds a whole bunch of goodness into your life.  For example potatoes like the Russet potatoes found in this loaded potato soup recipe contain a good amount of fiber and vitamins.  If you want to know a whole lot more than I can tell you about potatoes I found a a research article from Advanced Nutrition about this root vegetable HERE

And make us some loaded potato soup! 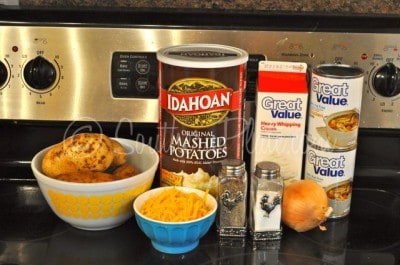 The Ingredients for this Loaded Potato Soup Recipe are:

Substitutions That Work Out Well For This Potato Soup Recipe

Now we need to talk substitutions because there are a ton you can easily make when it comes to this soup.

For the Potatoes – if you don’t want to peel and dice the potatoes, just grab a 32 ounce bag of frozen cubed hash browns. You know what, the shredded ones will work just fine, too!

For the Heavy Cream – the cream gives this a rich and delicious flavor so it is my favorite to use. As a substitute though, I suggest canned evaporated milk, because it also has a very rich flavor that you just won’t find in regular milk.

For the chicken broth – I usually don’t use chicken broth but I bought it special just for this tutorial – because I love you that much! Normally, I’d toss in a few chicken bouillon cubes with some water. The package usually says one cube per cup of water but I usually add an extra cube or two for more richness. I buy them in bulk at Sam’s and they save a lot of money over buying chicken broth. You can also use homemade broth, vegetable stock, whatever cranks your tractor.

These ingredients create a great base for your soup but feel free to add the flavors that you enjoy as well. Garlic powder or a little minced garlic would be great. Some fresh or dried parsley would be a good addition, too. You might even want to add additional vegetables and just change it to a creamy veggie soup at this point.

Today I’m making a pure potato soup recipe but with a few key ingredients to really up the flavor. 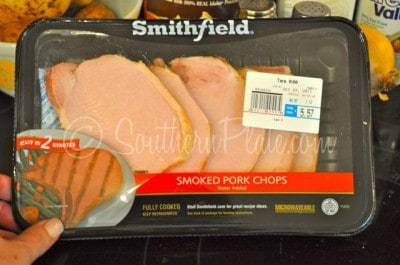 This is another thing I’m using to really add some body to my soup. Any type of smoked ham will do, though. I like these smoked pork chops because I use them in my freezer friendly twice baked potatoes and since I’m about to make some of those to freeze (they make such a quick side dish or easy lunch) I needed them anyway.  You can used smoked turkey or any meat you like! 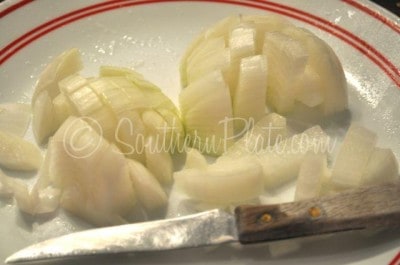 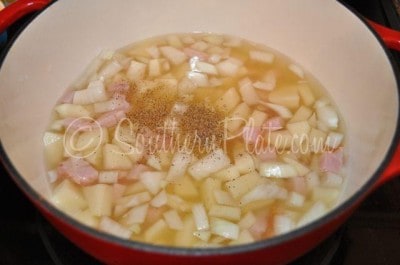 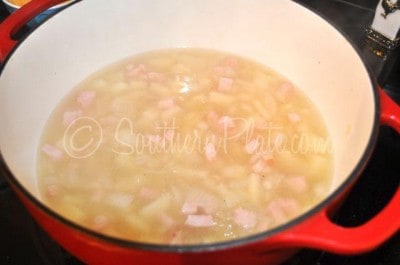 This will take about ten to fifteen minutes, depending on how big your chunks of potato are. 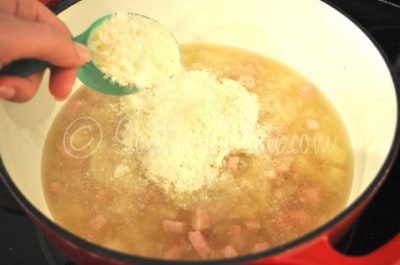 I love instant potato flakes as thickeners for soups and stews and making the crust to my Mama’s Taco Casserole. I don’t use them for mashed potatoes though. My Grandmother’s mashed potatoes were just too good. 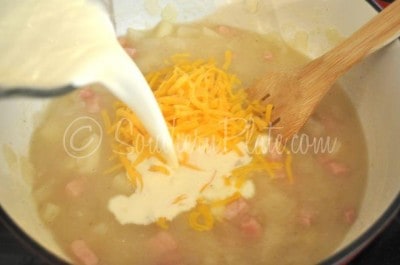 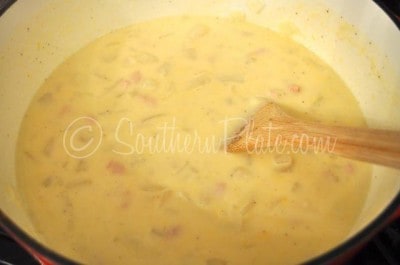 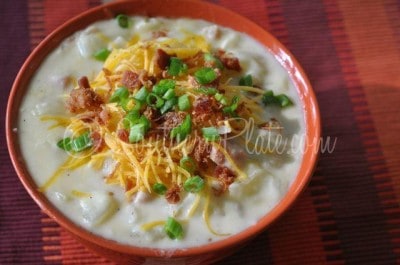 Top with your favorite toppings, such as:

As always, serve to someone you love, yourself included. 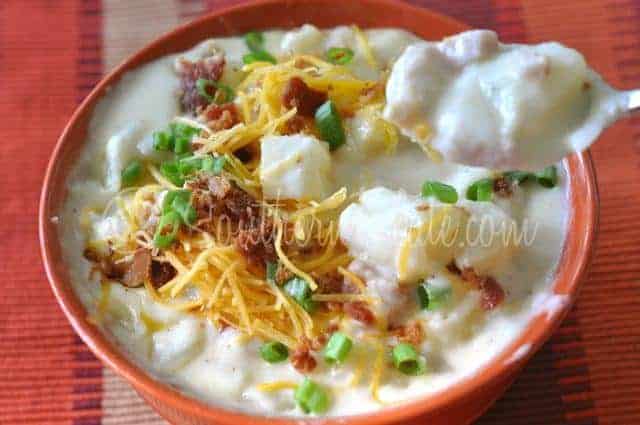 Greek Potatoes With A Twist

“People don’t care what you know until they know that you care.”

This is from one of our readers. Thank you Sherri!