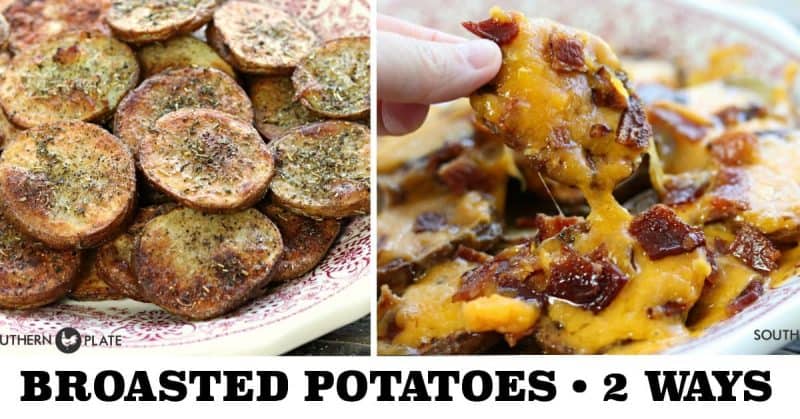 Hey, Howdy, Hey! Good to see ya again! Today I’m sharing a simple recipe that should be in everyone’s arsenal: Broasted Potatoes. These little gems are a breeze to make and infinitely customizable with seasonings or toppings of your choice. They’re kind of like a potato skin without all the fuss of a potato skin. I like to cook mine until they get a little crunchy on the outside but you can just cook yours until done if you like.

Why do they call them broasted potatoes? Well, I can’t speak for whoever said that first but common sense tells me it is because they are roasted in the oven close to the broiler and you can turn the broiler on the last few minutes to get them nice and toasty. Roasted + Broiler = Broasted.

I was going to talk to you about my adventures in Atlanta traffic this past weekend but every time I try to describe it I find myself saying unkind things so instead I’ll just summarize my weekend: I taught a class at the Pinner’s Conference in Atlanta and the conference and class were a blast. Atlanta traffic can best be described as “aggressive”. I’ve decided not to go to Atlanta anymore.  All of my Georgia friends can just meet me in Dawsonville instead 🙂 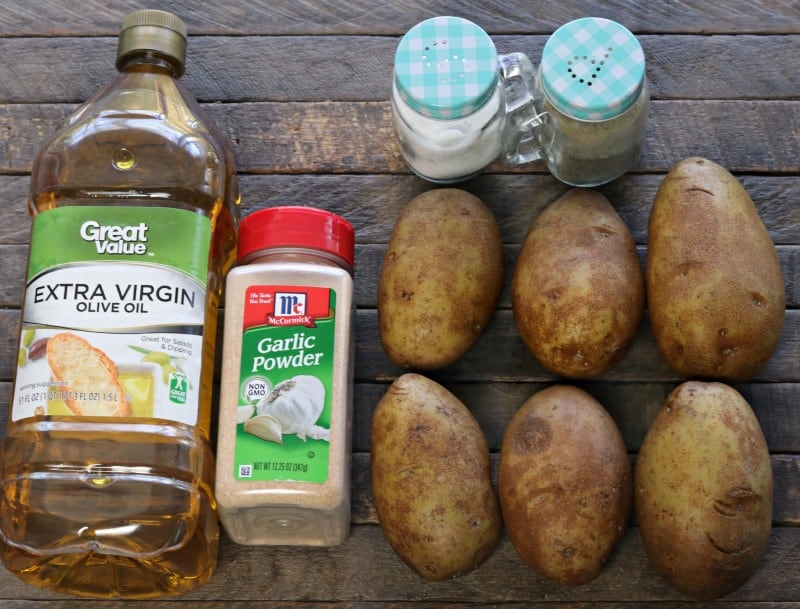 The ingredients are simple: Russet Potatoes (or your favorite type), Olive Oil (or vegetable oil), Salt, Pepper, and any other seasonings you like. Shown here is garlic powder. I also use Italian Seasoning a lot, as you’ll see in a minute. Any herb you like, fresh or dried, will work. 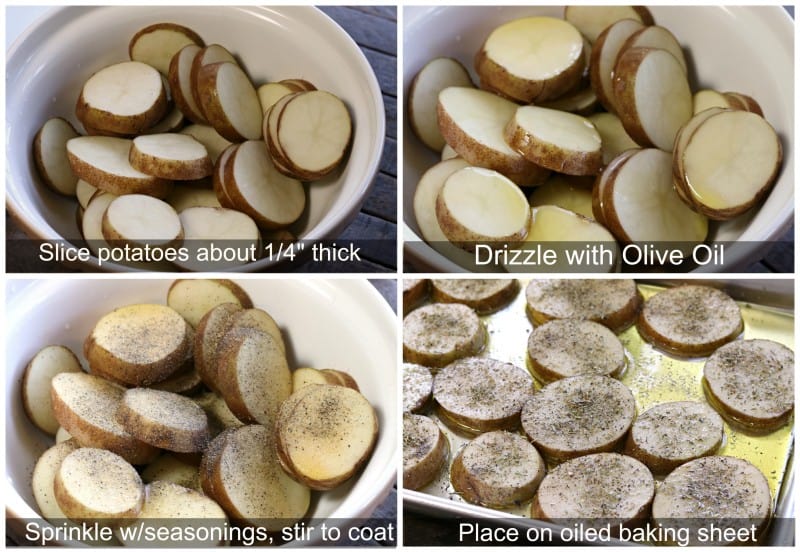 How much seasoning do I use? However much you want. Seriously, you’ve got this. Don’t fret. Sprinkle some salt and pepper and garlic powder and if you think it needs more, sprinkle some more. You can even season again after they come out of the oven if need be so don’t stress. I know there are a lot of people reading this who are mentally banging their head against the computer because they just need that exact measurement so….

I want to assure you of a couple of things:

Now, let’s look at our results. 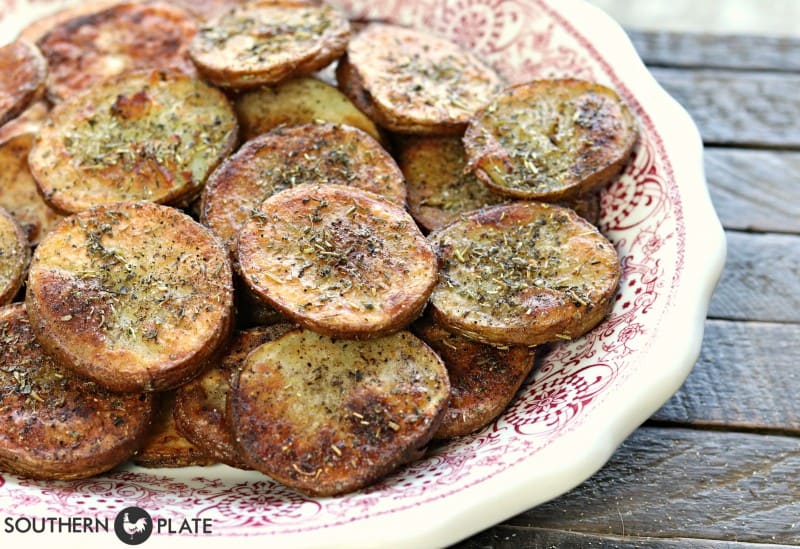 These were sprinkled with Italian seasoning in addition to the salt, pepper, and garlic powder.

Once you have them on the baking sheet, bake at 450 for about 30 minutes, or until they are as brown as you like, flipping over halfway through the cooking cycle. I like mine to be on the darker, crispier side.

*Note: Not all ovens cook evenly and some run hotter than others. Anytime you try out a new recipe, especially one cooking at a higher temperature like this one, keep an eye on your food the first time you make it just in case the cooking time varies for you. 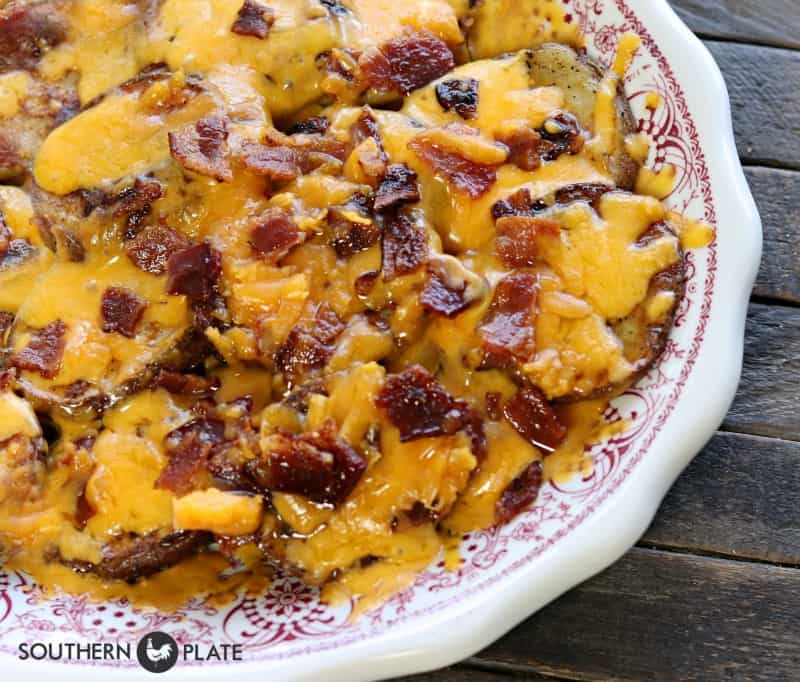 If you want to make them smothered, Once they are baked, remove from the oven, cover with freshly shredded cheddar cheese and crumbled bacon (as well as any other toppings of your choice) and return to the oven just until cheese is melted. I place my cooked potatoes on an oven safe platter before adding the cheese and such and then melt the cheese right on that platter for easy serving. 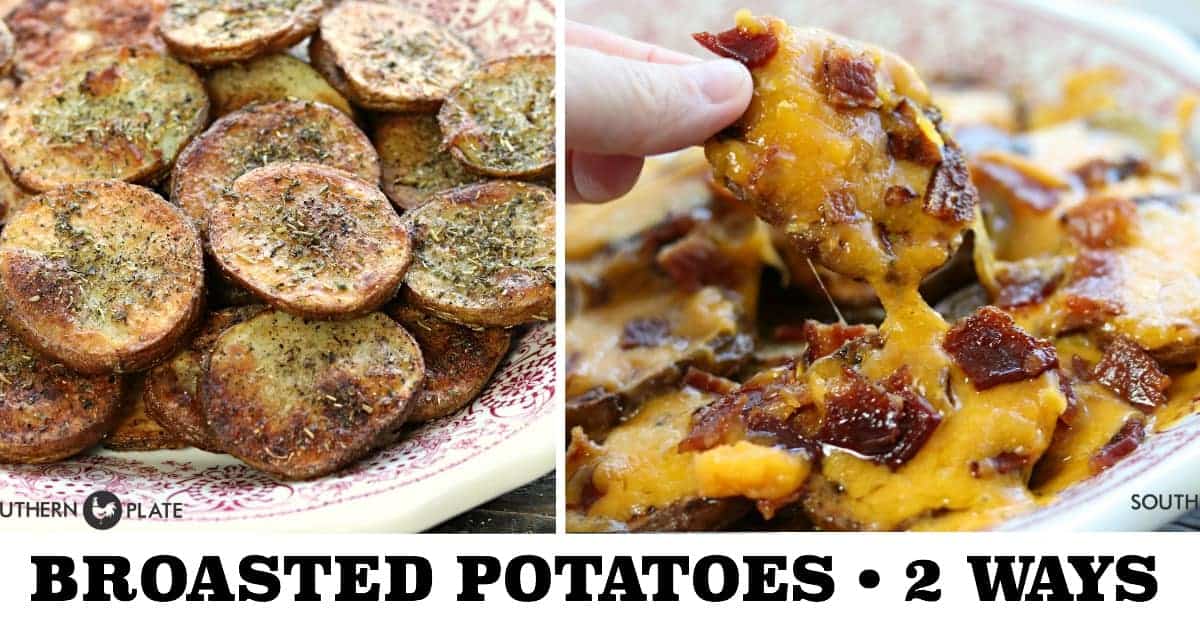 To make smothered Broasted Potatoes: Remove potatoes from oven as soon as they are done and place them on an oven safe platter. Immediately top with freshly shredded cheese and turkey bacon crumbles. Return to oven just until cheese melts.

Most of my recipes offer exact measurements but this is a recipe that can vary widely depending on how many potatoes you use. For more guidance on amount of spices or oil, please see the photos in my post itself so you can see how much I used. You can do this!
*I generally use about one potato per person but this varies depending on the size of your potatoes - and appetites. 🙂
Tried this recipe?Mention @southernplate or tag #southernplate! 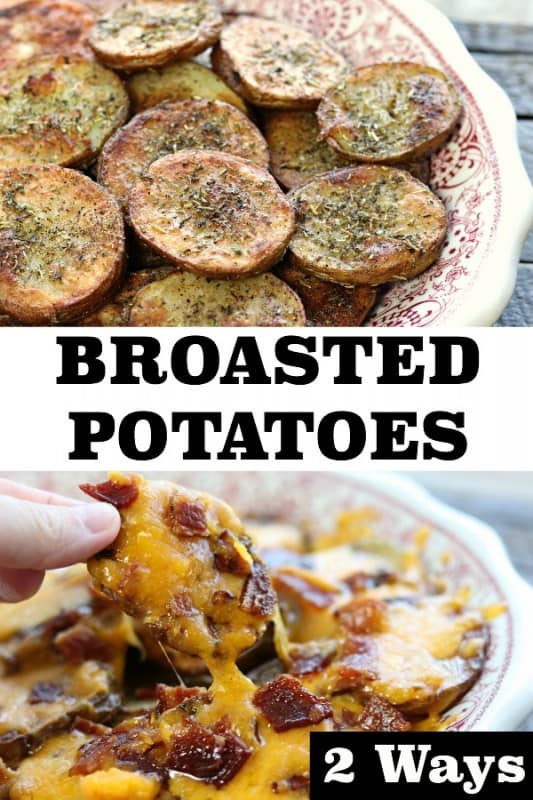 “One man with courage is a majority.”