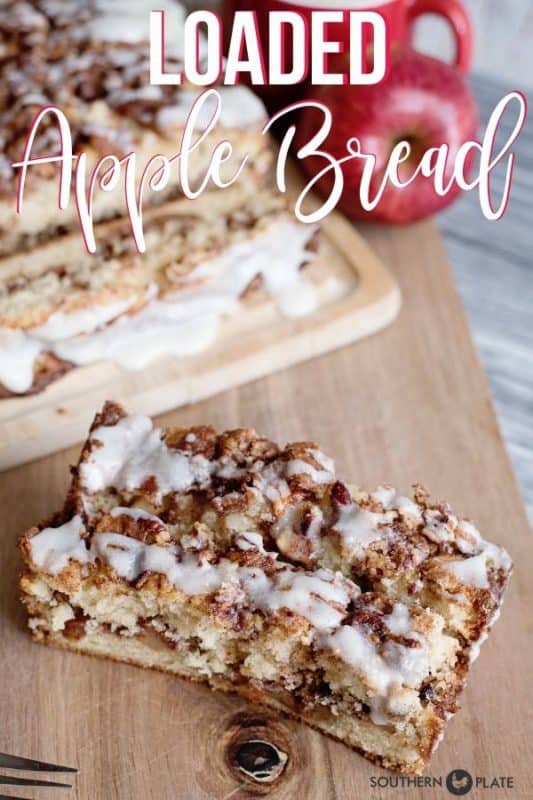 Apples are coming in at our local orchard, which signals the commencement of apple recipe season for me! I dearly love all of the wonderful flavors of this season and like to take full advantage of fresh local apples whenever possible. Today’s recipe for Loaded Apple Bread is a showstopper – another one my mother can’t stop raving about. Y’all know if you’re cooking something and your Mama likes it, you’ve done good! 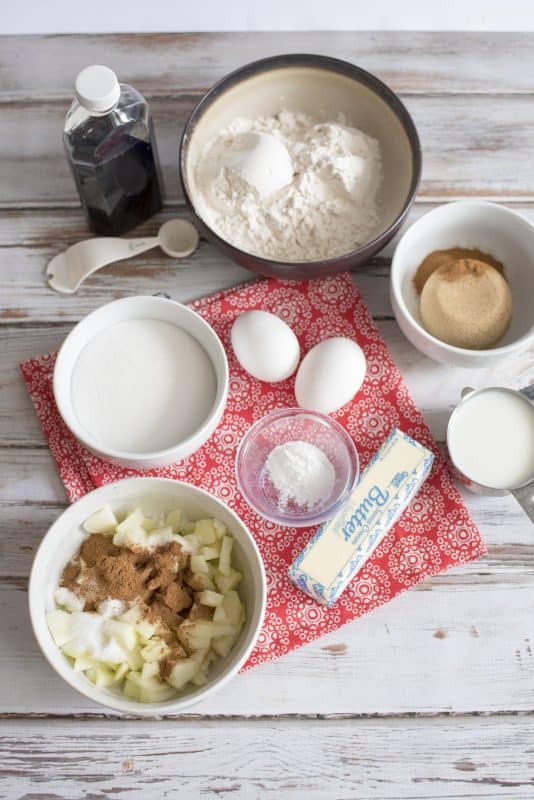 This seems like a lot of ingredients but it’s pretty standard pantry stuff so you likely have all you need already.

Begin by making your cinnamon topping by stirring together the brown sugar and 1 teaspoon of cinnamon. Set this aside.

Go ahead and peel and dice your apples as well. Place them in a bowl with granulated sugar, cinnamon and stir that together. Set this aside also. (exactly measurements for topping and filling are in the printable recipe card at the bottom of this post). 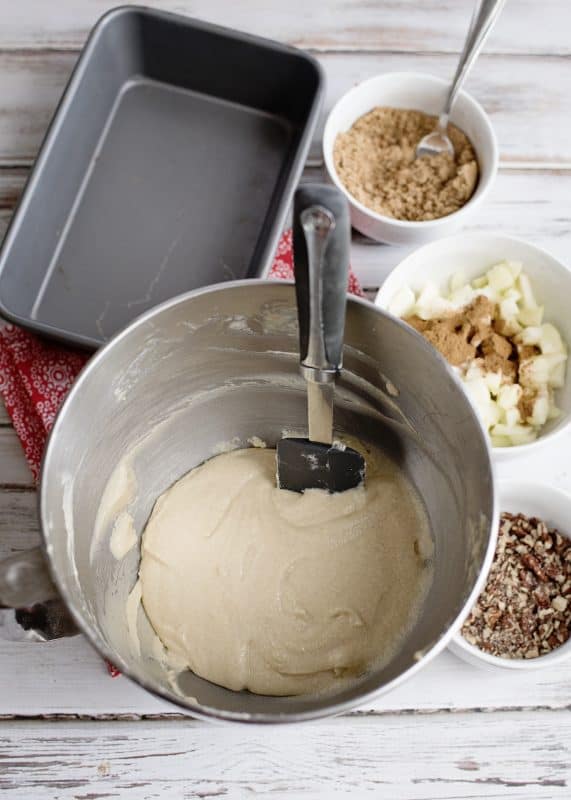 In a large mixing bowl, with an electric mixer, beat together room temp butter and granulated sugar until fluffy. Add in eggs, milk, vanilla, and flour and beat until well incorporated and smooth, scraping sides as needed. 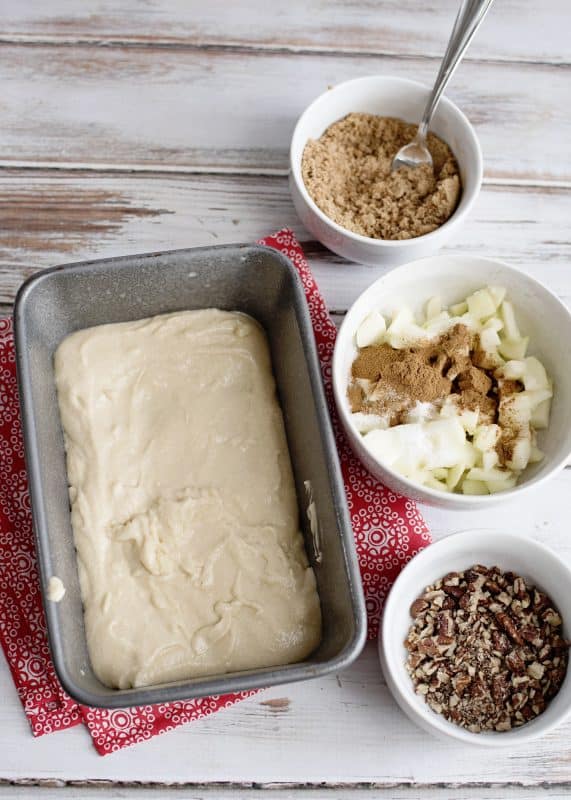 Pour half of this batter into greased 9×5 loaf pan. 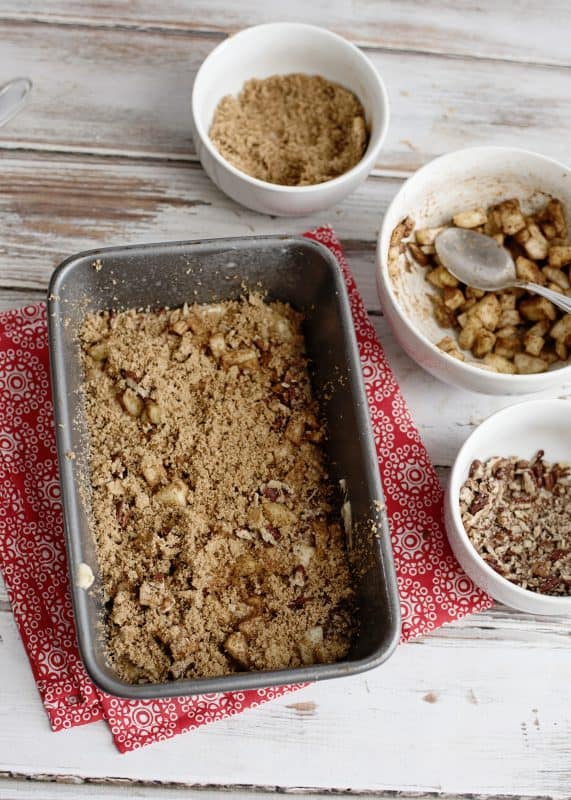 Sprinkle batter with half of the apple mixture, half the chopped nuts, and half of the cinnamon sugar mixture. 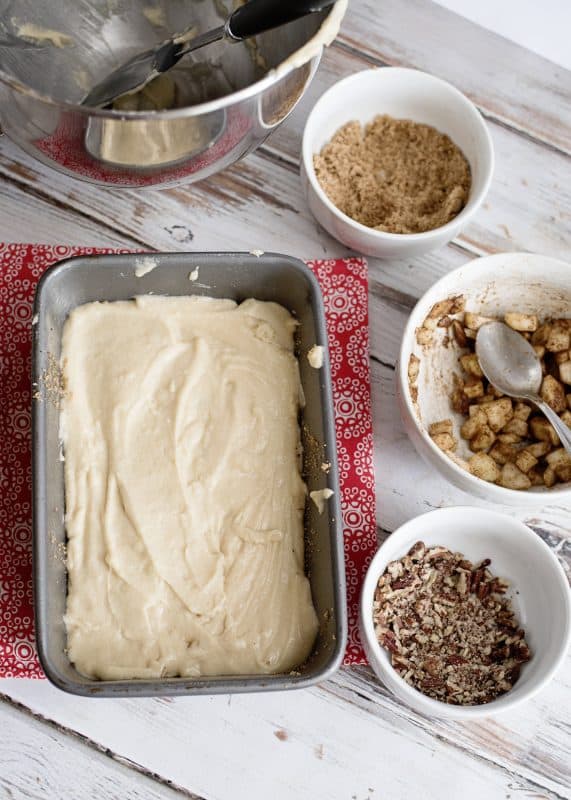 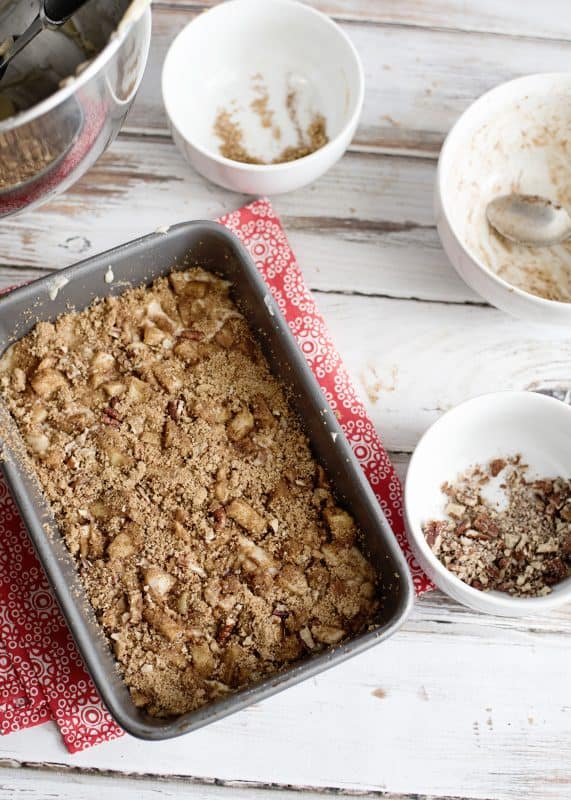 Bake the Loaded Apple Bread at 350 degrees for 55-60 minutes, or until a toothpick inserted in the center comes out clean.

Allow to cool in the pan for ten minutes before turning out onto a platter and then allow to cool completely. 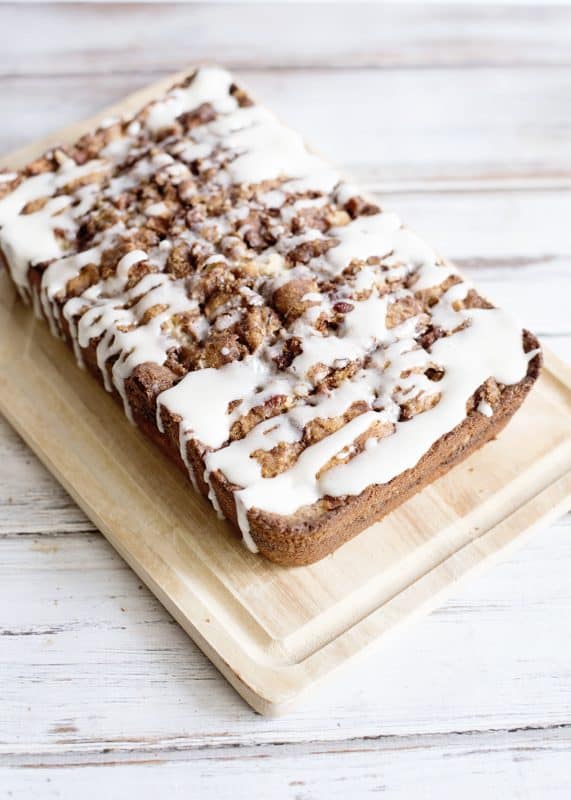 Once cooled mix together glaze ingredients until smooth and use a spoon to drizzle generously over the top.

Get ready to impress folks!

Loaded Apple Bread is perfect for a sweet breakfast, afternoon pick me up, or evening coffee and conversation.

I hope you get to make this soon. Be sure and print out the recipe at the bottom to add to your files! 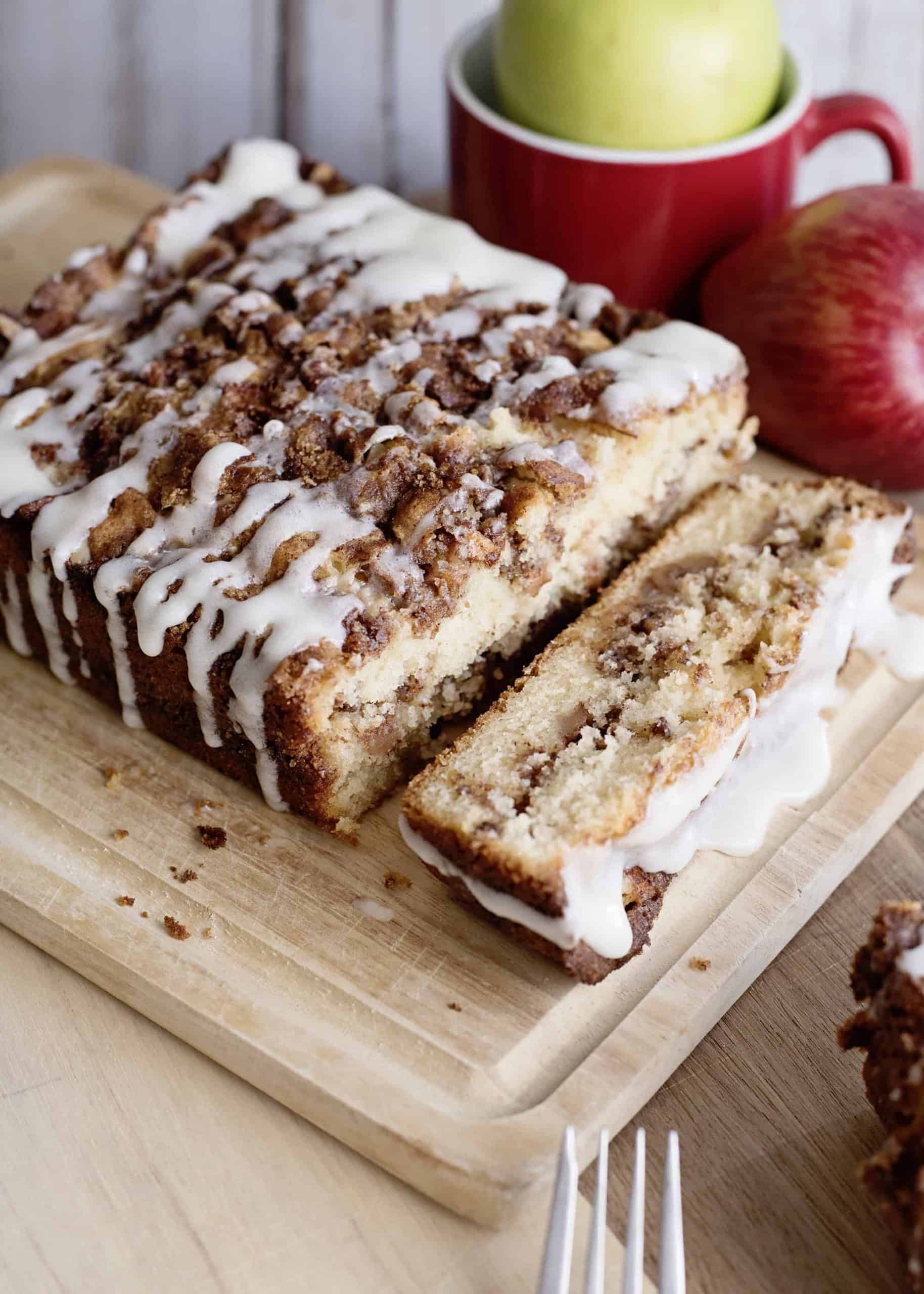 Cinnamon Topping- In a small bowl, stir together the brown sugar and cinnamon. Set aside.

Apple filling-Peel and finely dice apples into medium bowl. Sprinkle with the sugar and cinnamon and stir to coat. Set this aside along with the chopped nuts.

Glaze: Mix together powdered sugar and milk until smooth. Use a spoon to drizzle glaze over cooled bread.

If you really want to take this up a notch, add 1/2 teaspoon allspice to the cinnamon sugar mixture!
Tried this recipe?Mention @southernplate or tag #southernplate!

You might also enjoy this recipe! Fresh Strawberry Muffins