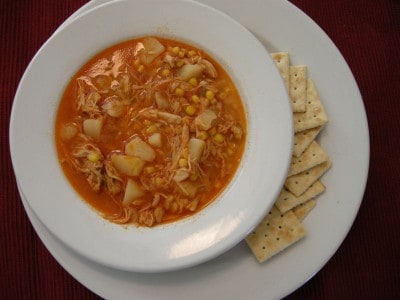 I am going to start this post off by asking a favor of you all.
Please make this chicken stew.

Its that good. Its so good that it actually bothers me to think that some of you might only look at the photos, read the tutorial, and never make it. Its so good that if I could, I would seriously arrange a time and place for all of us to meet up under a tent somewhere in the middle of the country just to serve you this chicken stew. Its just……..its…..well folks, its just so good!

My mother got this recipe out of a 1974 issue of Good Housekeeping. There was a photograph of a little old lady next to the title and Mama said “She just looked like her food would be really good”. Since then, I cannot even begin to tell you how often we make it. Everyone in my family makes this and loves it. My in laws are coming in from Georgia this weekend for the Tennessee Valley Old Time Fiddler’s Convention as they do every year and this stew is always a request for their first meal. Tonight I’m serving it with Dixie Cornbread.

This stew refrigerates well, freezes well, and can easily feed a crowd simply by adding more potatoes. I always try to make a double batch and my family happily eats it whenever they need a quick meal all week long!

Once you make this a time or two, you’ll have no more need of the recipe. It will be ingrained on your heart, your taste buds, and your stomach. 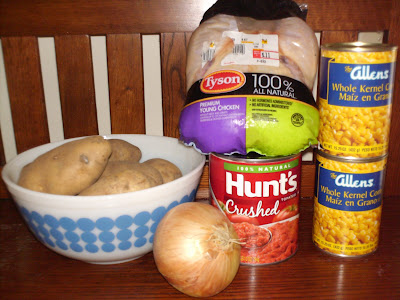 You’ll need: Potatoes, A chicken, Crushed tomatoes, corn, and onion! You’ll also need a bit of salt, pepper, sugar, and margarine. Exact sizes and quantities are at the bottom of the page. 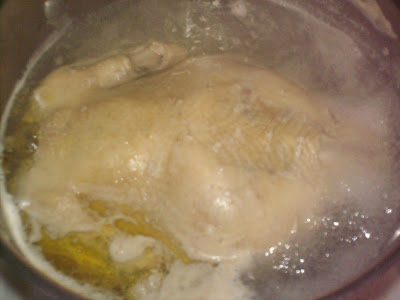 Cover chicken with water and cook over medium heat until done. When chicken is done, remove from broth and set aside to cool a bit. Reserve broth.
If you prefer to use boneless skinless breasts for this, just add some chicken bouillon cubes to your water to make sure your broth is rich enough. 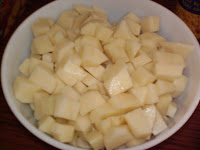 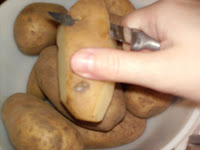 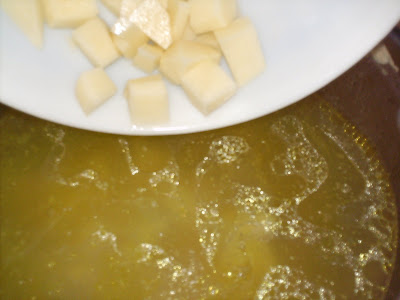 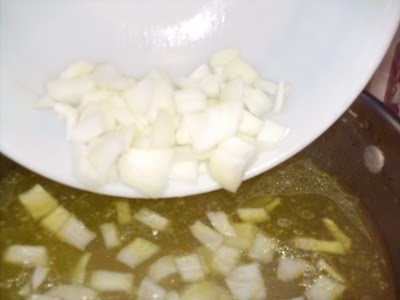 Add diced onion as well. Cook these until your potatoes are tender. 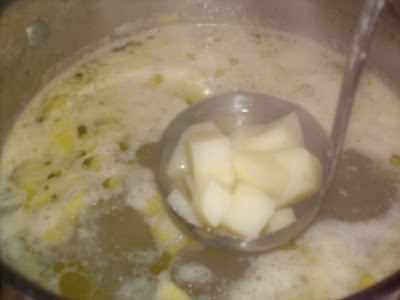 Cook until potatoes are tender. Remove about a coffee cup’s worth of potatoes. 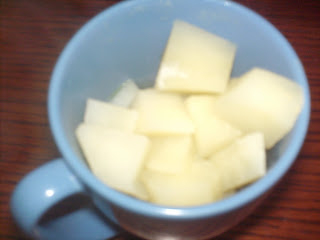 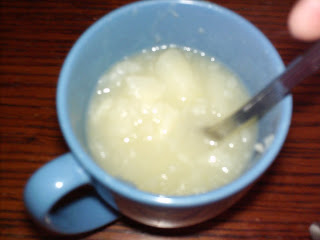 With a fork, mash those potatoes in the cup. We are going to add this back to the stew and it will thicken it. You can also just use a bit of instant mashed potatoes here if you want, as I’ve mentioned in a previous post. (I truly believe soup thickening is about all they are good for….except for when I make this crust out of them for our Taco casserole…….but that is a recipe for another day) 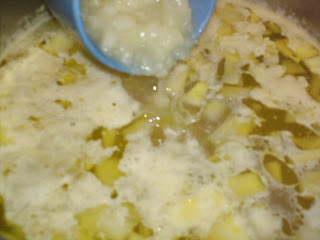 Place back in pot. 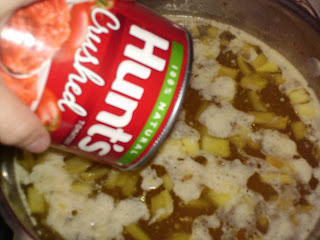 Add can of tomatoes. Now you can use any type you want here. I tend to used crushed because my husband (who I have oft mentioned was dropped on his head as a child) doesn’t like to actually bite into a piece of a tomato in his stew. However, I prefer diced if I’m going with canned. Nothing though, NOTHING is better than home grown tomatoes from my freezer if I have them! 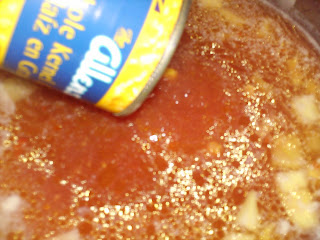 Add corn. I often use frozen corn if you prefer that. 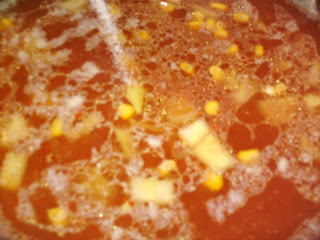 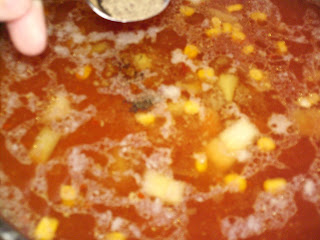 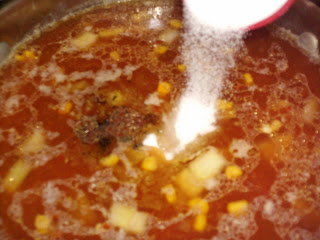 and sugar. I know sugar sounds a bit odd in a stew, trust me on this.
Simmer slowly with lid off for about forty five minutes. 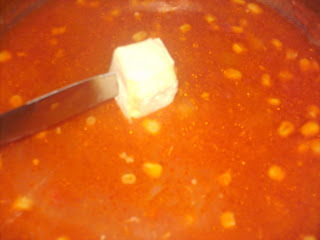 Just before serving, stir in margarine.
These photos were taken with my old camera, the final was taken with the new camera!
YUM!!
Now, I did this tutorial how I make my stew. The following recipe is my mothers. You may find that hers does things slightly differently (she doesn’t cook her onion with her potatoes), but it makes absolutely no difference in the outcome!

*This has been our family’s favorite stew since my mother got the recipe in 1974. No one has to use the recipe anymore because we have all made it so much. 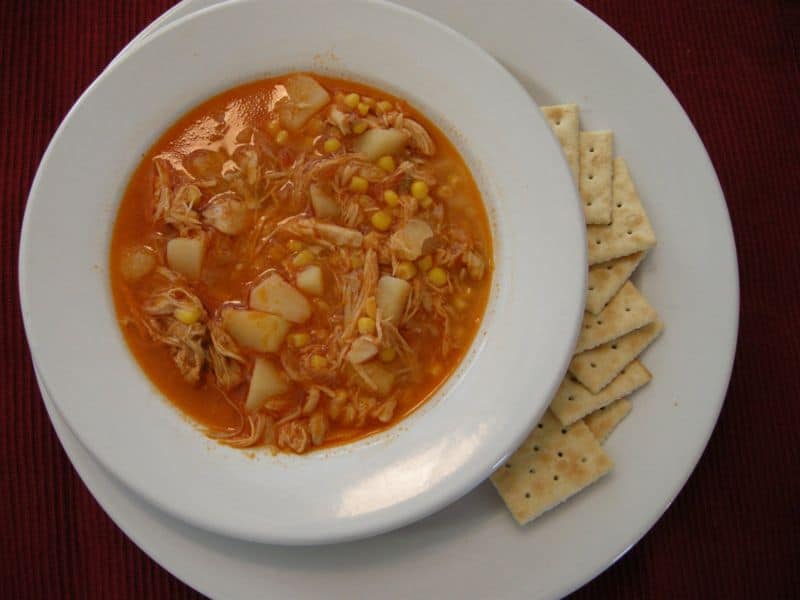 You might also enjoy this recipe! Cheesy Chicken and Rice

< Previous Post
Would you like printer friendly Southern Plate recipes emailed to you once a week?
Next Post >
Hobo Packets ~This Week’s Quick and Easy Meal!~
Subscribe
Login
471 Comments
Oldest
Newest Most Voted
Inline Feedbacks
View all comments