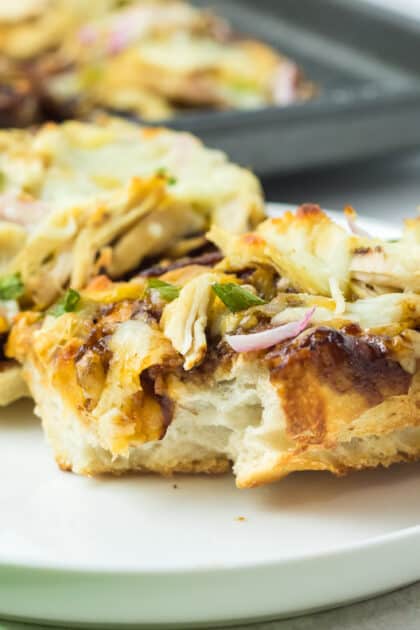 I love this BBQ chicken french bread pizza recipe for so many different reasons:

Have I convinced you to give this BBQ chicken french bread pizza recipe a go? No one will be able to resist the tasty toasted bread overloaded with toppings (and I mean no one). Let’s get cooking! 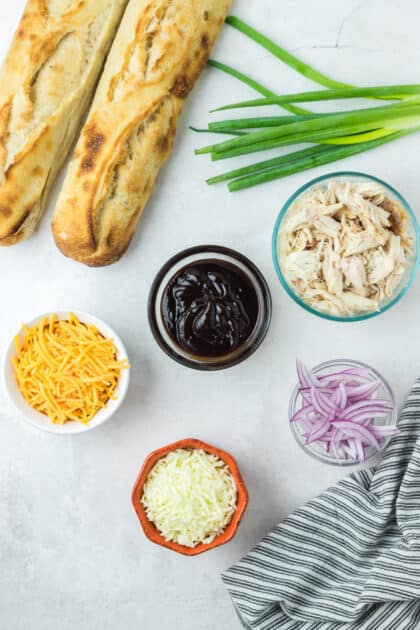 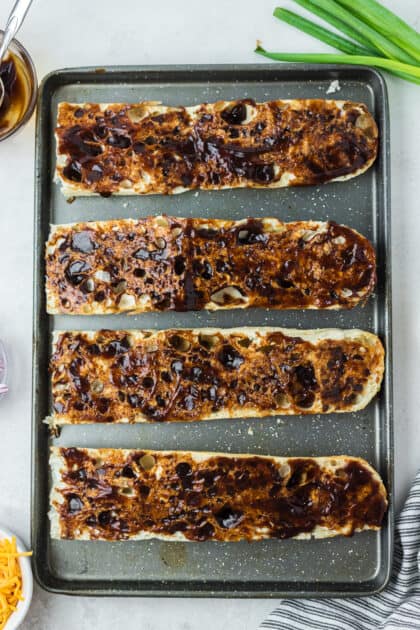 Preheat the oven to 375 degrees.

Cut your loaf of french bread in half and then cut each half lengthwise. You will have 4 large pieces of bread.

Place bread on a baking sheet and then use a spoon to spread BBQ sauce evenly over each piece of bread. 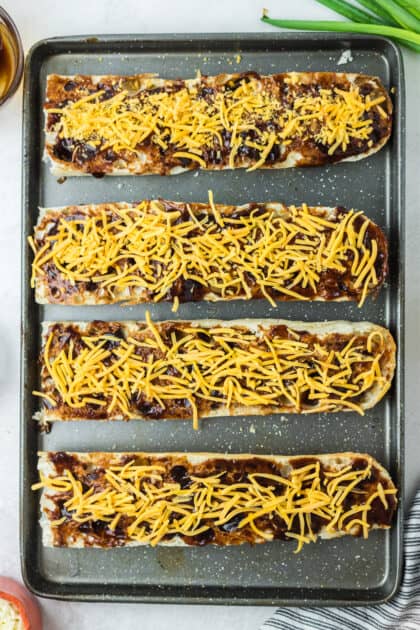 Next top each piece with cheddar cheese… 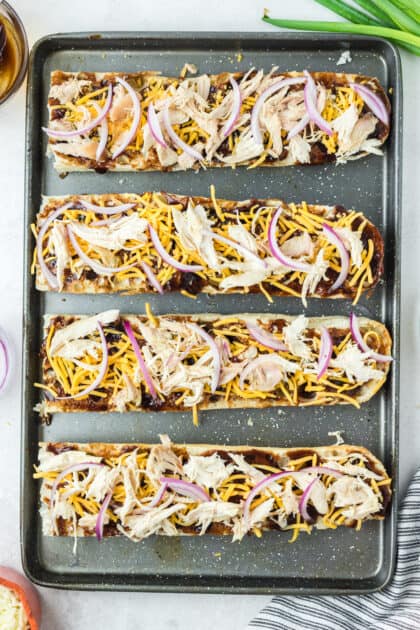 The shredded chicken and red onion… 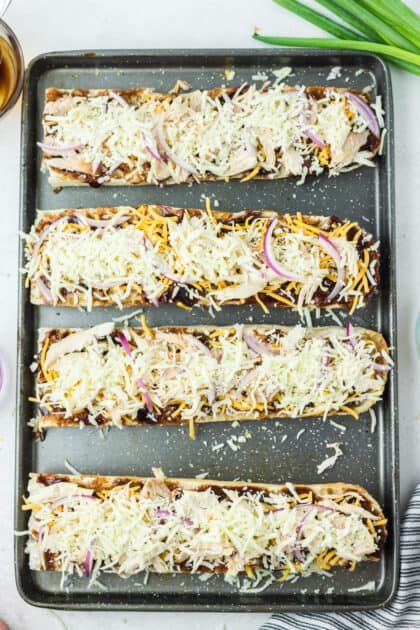 And mozzarella cheese on top. 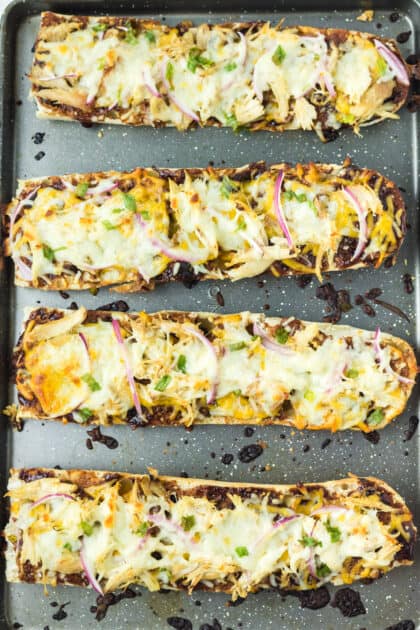 Bake for 10-12 minutes or until cheese is melted and starting to bubble. 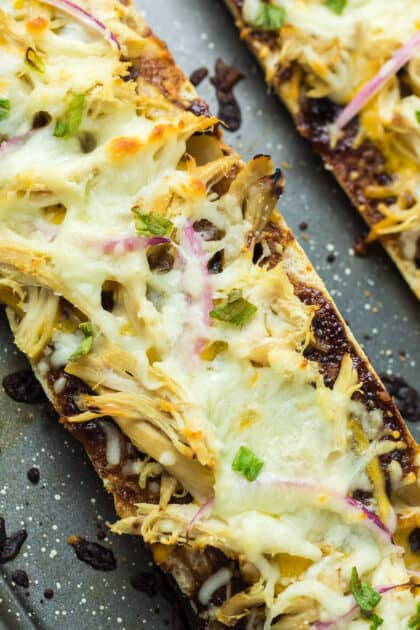 Top with fresh chives, cut into slices and serve the pizza warm. 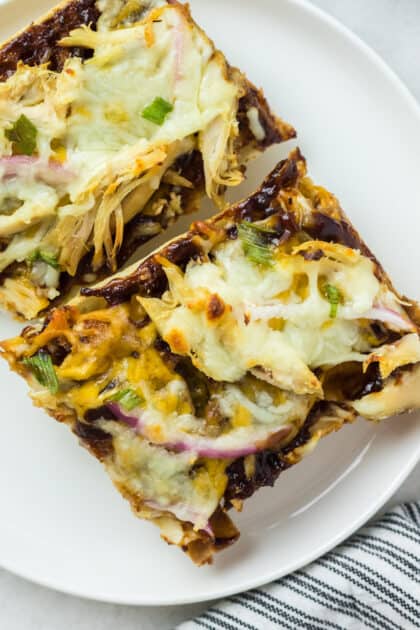 How easy was that? Enjoy your pizza!

Because you’re using fresh bread, it’s best to serve these immediately. However, adapt the recipe to suit you to ensure you don’t have any leftovers. For example, halve the ingredients to only make 2 pizzas.

Can I make french bread pizza in the air fryer?

Absolutely! Use the same temperature and check whether it’s done after 5 minutes. You’ll just most likely need to cut each piece in half once again so they fit into your air fryer.

Check out these other perfect pizza-inspired recipes: 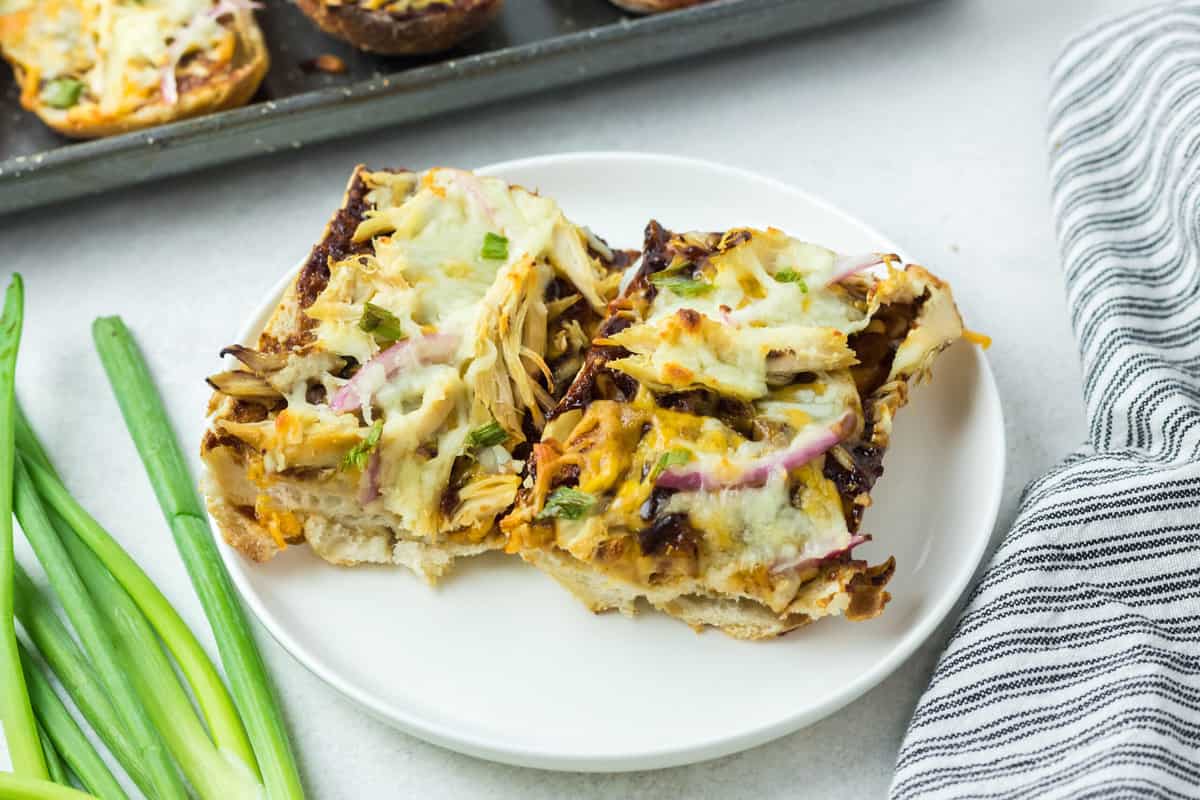