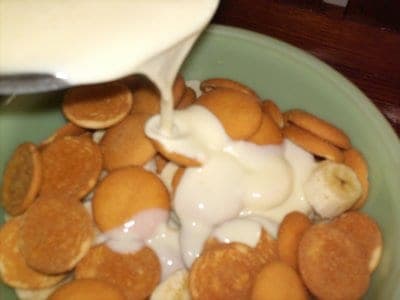 July marks the one year anniversary of SouthernPlate.com and I want to thank you so much for all that you have given me! Southern Plate began as a hobby when I had a little free blog and decided to post some recipes, which then made the front page of the host site. I told my husband one day, “I bet if I got my own domain I could get five hundred readers!”.

During our First Year SouthernPlate.com received:

Woohoo!!! Do you know what this means? We’re all one step closer to my goal of feeding the ENTIRE WORLD homemade banana pudding! World Peace is close at hand, I’m tellin’ ya! Here are a few other accomplishments from the past year. 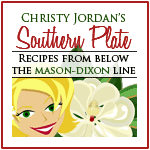 To Celebrate We’re Having A Block Party!

One of the things that thrills me to death is reading about Southern Plate or how folks are enjoying the recipes (and ramblings) on your blogs. To celebrate Southern Plate’s One Year Anniversary, I wanted to give us all a chance to visit with our neighbors and get to know each other better.

If you’ve blogged about Southern Plate (Whether it was a recipe or in general), join my block party! Please use Mr. Linky below to enter in your blog’s name and the url of your post so we can all come pay you a visit! If you’ve blogged multiple times, make multiple entries so we can come see them all! I’ll leave this up as the headline this month (and mention it often in my posts!) so everyone can take their time, mingle, and visit at their own pace!

Don’t have a blog? You can still join in on the party by leaving a comment below! Feel free to chat away on this thread. I have a few upcoming top ten lists for Southern Plate and I’d love to know what your favorite recipe and/or tangent on SouthernPlate.com has been! Or just comment below as a way of signing my virtual Anniversary card!

I am so very grateful to everyone. I know I say that a lot but I think it far more often than I say it so consider yourself lucky!

P.S. If I wake up tomorrow and find none of this really happened, it sure was a wonderful dream! 😀

Nothing was ever achieved without enthusiasm.

Hey Christy! Big congrats on your first year. Girl, you have really done well with your blog. Wish we could talk more often, I think I need some tips from you.

Christy,
I just found tipnut and then you. Wow! I’m always hunting recipes. Making supper now, but I’ll be back later to read some more. I’ll also make sure to blog about your site.

I hope you all know how very much these comments mean to me. I’ve printed them all out and placed them on my desk. I’ve been reading them every day and hope to have time to thank you all personally!

until then, Please accept this blanket thanks. My heart is overflowing and my mind is reeling with more things that I can do to repay you all for everything that you have given me. I never dreamed I’d be this happy or that so many people would be this good to me!
Gratefully,
Christy