Did you know that you can subscribe to Southern Plate by email to receive an email from me each time I post a new recipe? Click here. To view a full index of all of the recipes I’ve posted (well over two hundred), click here. Thank you so much for visiting! Gratefully, Christy 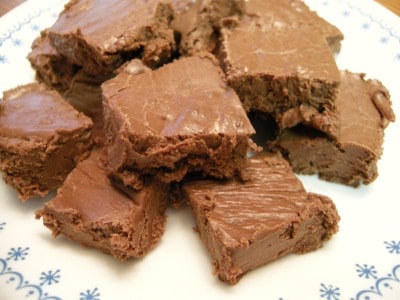 Ladies and Gentlemen, this is not just a recipe I am bringing you today, this is ammunition.

Yes, you heard me right, this is ammunition. Put a good fudge recipe in the right hands and you can take over the world. You can get your car tuned up, your grass cut, your clothes pressed, your dog walked, and have the doors to any building opened for you with a red carpet rolled out in your honor. How do you do this, you ask? Just hold out a plate of fresh, homemade fudge.

Trust me on this. I have taken fudge so many places I can’t even list them all. Recently, I went to a social media conference and I was the one passing around containers of fudge in all of the rooms I was in. Did I take over the world that day? Well no, but I bet I could have if I’da wanted to! My goal was for folks to be happy to see me and showing up with fudge was an easy way to accomplish that. I can guarantee you that I got some pretty sincere smiles when I held out one hand for an introductory handshake and the other to offer a piece of this decadent chocolate treat!

This is an easy, no fail fudge recipe that anyone can make. Mama and Grandmama have been making it this way for as long as I can remember. Yes honey, that means you so don’t go fretting because I’m gonna have you being the king or queen of fudge in no time flat!

Can’t you just smell it now? Lawdy hon, git on in hyar and lets git to cookin’! 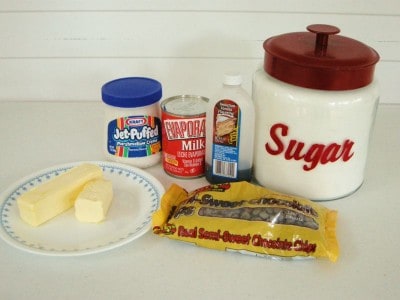 “Did Christy even buy generic chocolate chips for this?”

Well, they were fifty cents cheaper than name brand so you bet your mother-of-pearl buttons I did! ~grins~ 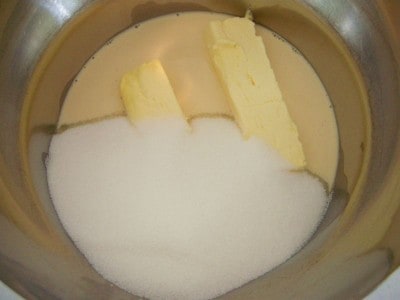 Place your margarine, sugar, and evaporated milk in a pot.

I like to get the really big can of evaporated milk so I can use what is left in my coffee. It makes the BEST coffee creamer! 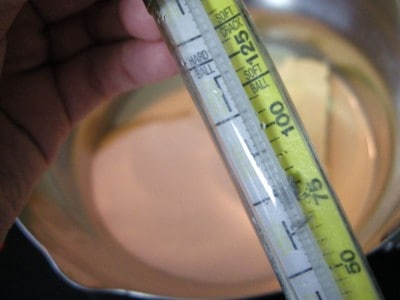 You’ll need a candy thermometer because we are going to cook this to soft ball stage.

The candy thermometer will have that written on it so you know. 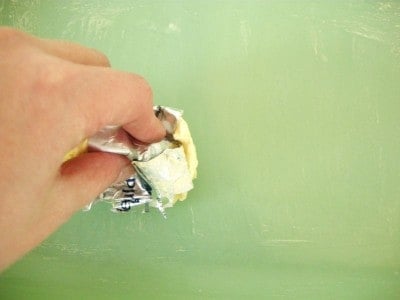 While that is heating up in your pan, take some butter or margarine and smear it all over the bottom and sides of a 9×13 pan. 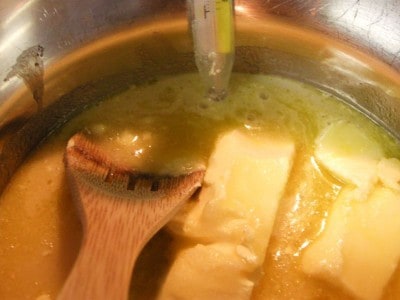 Place your candy thermometer in the pot. Make sure just the tip is beneath the liquid but don’t let the tip touch the bottom.

It has a handy dandy clip that lets it hook onto the sides.

My poor candy thermometer is about as old as Methusela. 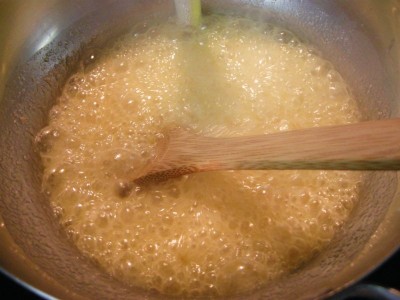 Bring that to a boil, stirring constantly.

Keep a watch on your thermometer so you will know when it gets to soft ball stage.

This is going to take about five minutes on medium high heat. 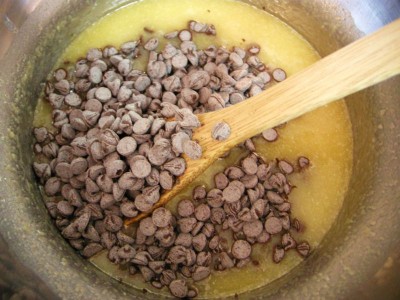 Once it gets to soft ball stage, remove from heat. Pour chocolate chips in. 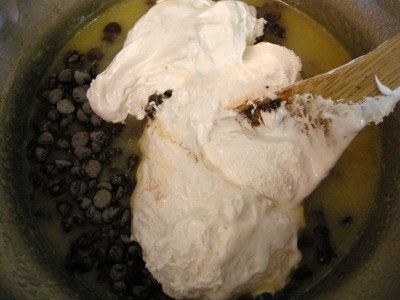 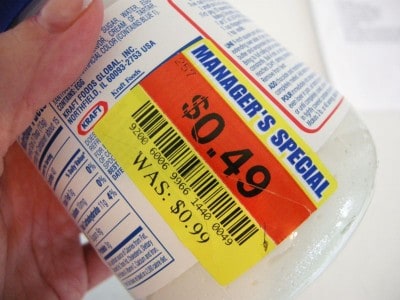 See this sticker? This marshmallow creme was half off. Now those of you who know me are likely already giggling right now because they know full well I have little resistance to a good sale.

I was in a local grocery store a month or so ago and saw this buggy filled to the brim with marshmallow creme on special. So I sashayed over to it and got two jars. But you know, those two jars did save me a whole dollar.

So I got two more jars…

I went on my way but it was still nagging me that there was an entire buggy just filled with half price marshmallow creme. Oh the times I have needed marshmallow creme! Okay, here is the problem, I only use marshmallow creme in this fudge so in reality I need a grand total of one to two jars per year.

BUT CHRISTY! IT WAS HALF PRICE! YOU CAN’T JUST LET A DEAL LIKE THAT GET AWAY!

Oh, I’m so glad y’all understand! By the time I left that grocery store, I want you to know I had FIFTEEN jars of Marshmallow creme in my buggy! ~giggles~

I’ve been making an awful lot of fudge lately… 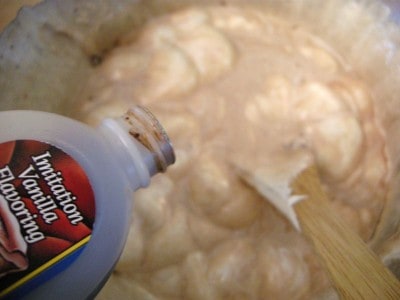 Add in your vanilla.

Pretend you don’t see that ring of dried vanilla around the rim of my bottle, okay? 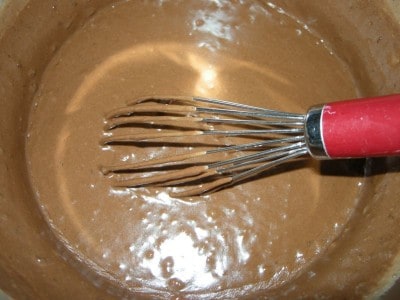 Stir that all up until the chips melt. It is gonna take a few minutes but don’t worry, it’ll melt.

This is where you stir in your nuts if you want to.

I don’t add nuts to mine because my kids like it without. Once, when Brady was about three, Mama came by and bought us some fudge around Christmas time. We went out to meet her in the driveway because she had somewhere to be and Brady took a bite and went “MMMM!!!” and then turned his head and spit, spit, spit. Mama and I kinda looked at each other funny but didn’t think too much of it. Then he takes another bite and after a few seconds turned his head and spit, spit, spit again.

“Oh no, I love the fudge. I’m just spitting all of the nuts out”. 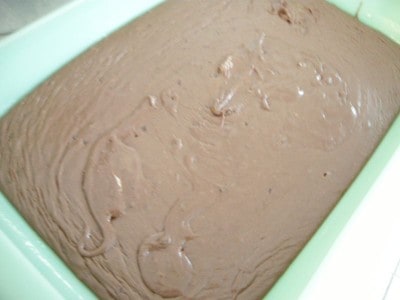 Pour into your buttered pan. Allow to cool.

Chocolate Fudge That Can Take Over The World 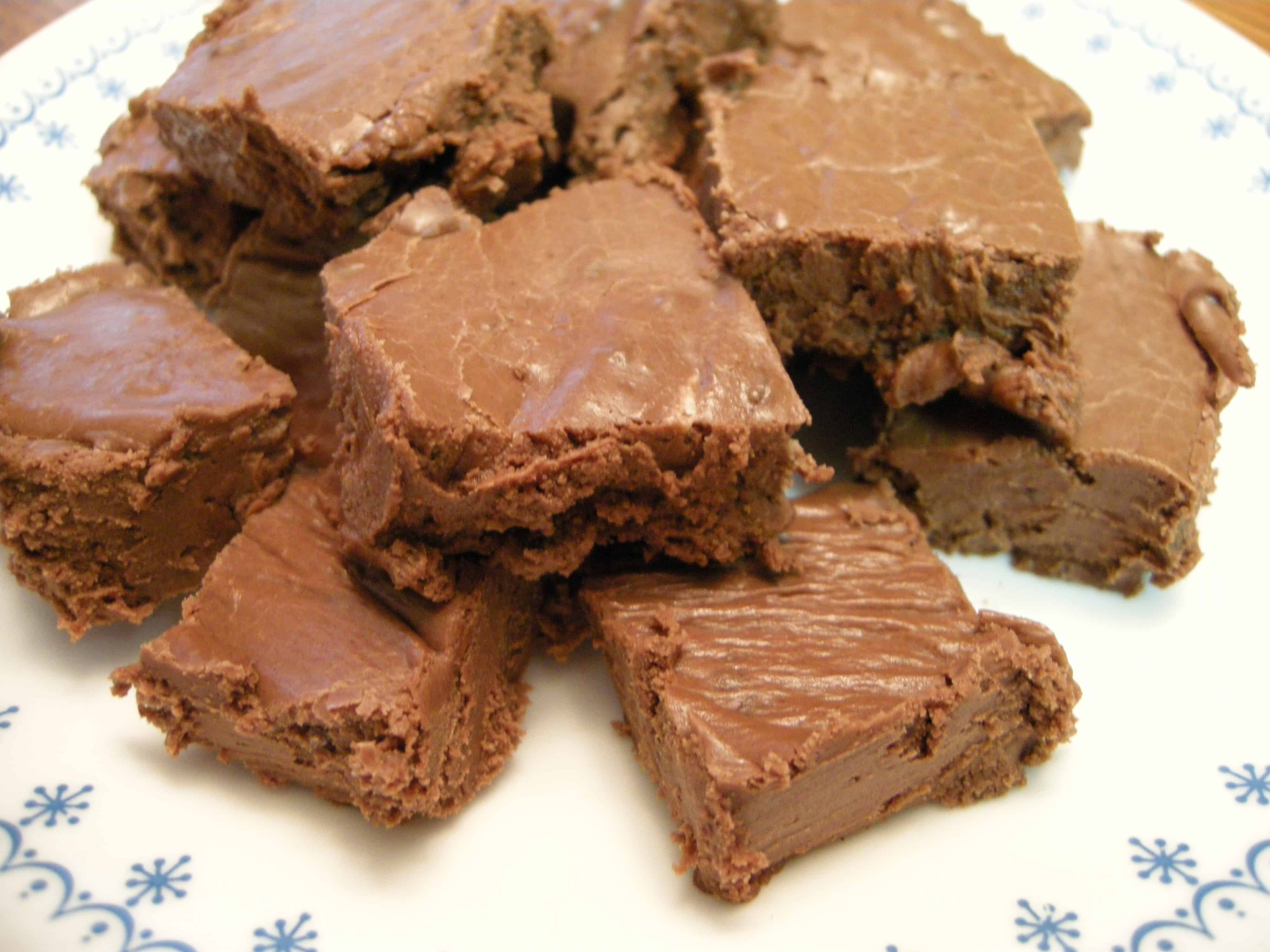 You can now join the Southern Plate Family on Facebook!

Visit facebook.com/southernplatefamily to join up!

Post photos of Southern Plate recipes you’ve tried or just post the links to your favorite recipes on Southernplate.com so new family members can enjoy them, too! Of course, you’re also welcome to just drop in to say “Hidy!”.

We’re all family here and we love to see your shining face!

Optimism and humor are the grease and glue of life.

Without both of them we would never have survived our captivity.

Found in a book of quotes given to me by my friend and Southern Plate Family member, Terri.

To submit your quote (and make my day because it feels like Christmas every time I get a new quote!) click here.

Aprons for Segments Are From: