While its origin is unknown, there’s no denying this Japanese fruit pie recipe is a welcome treat in the Deep South. It includes a flaky pie crust with a scrumptious filling overloaded with raisins, coconut, and chopped pecans. 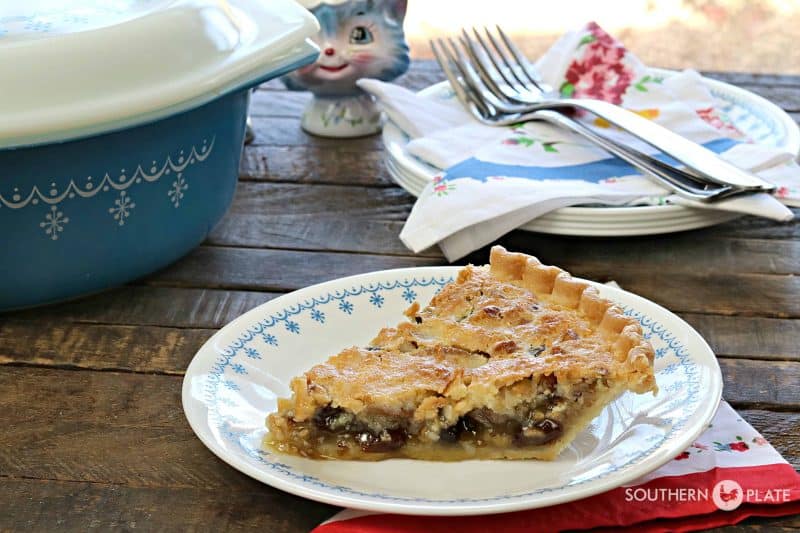 So, Japanese fruit pie. I want to start by saying that this pie is about as Japanese as I am and I have no earthly idea where the name came from. It’s similar to both a vinegar pie and a chess pie, which are both beloved Southern creations. Down here, we love to attach countries to recipes for no apparent reason. Here’s looking at you, Italian cream cake.

Anyway, I came across this Japanese fruit pie in my Grandmama’s recipe collection and I immediately stopped. The telltale splattering across the page let me know this was a well-used one, but having had countless meals at her table, I was confused by this not sounding the least bit familiar. The first bite rewarded me with instant time travel back to my Grandmama’s Formica table. The memory was so vivid and so instantaneous that tears sprang to my eyes.

So I think you might need this in your life as much as I did. It’s a super easy pie recipe to make, as all we have to do is mix together the pie filling to pour into our store-bought pie crust. What’s in the pie filling, I hear you ask? It’s got raisins, coconut, vanilla, butter, sugar, pecans, and eggs. I once read someone who describes this pie as a unique take on pecan pie and they’re not wrong. Just like its counterpart, after one bite of that flavorful filling, you’ll be coming back for more.

So, who’s ready to bake a Japanese fruit pie? 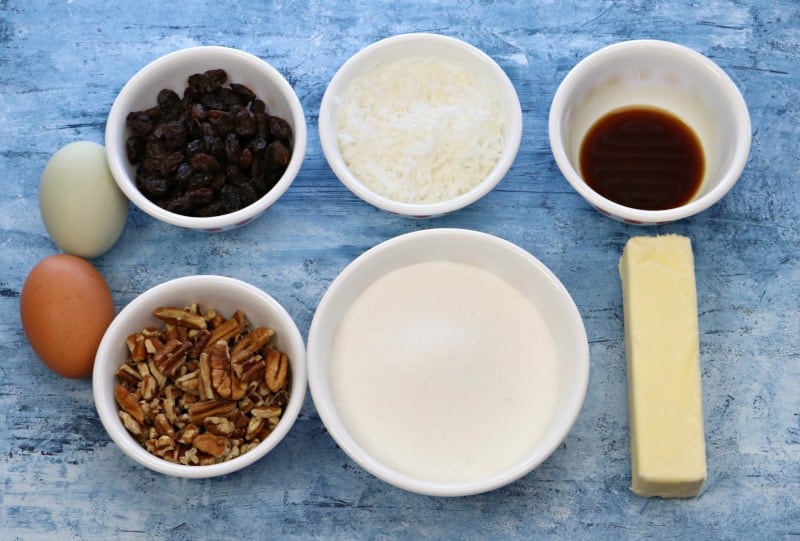 How to Make Japanese Fruit Pie 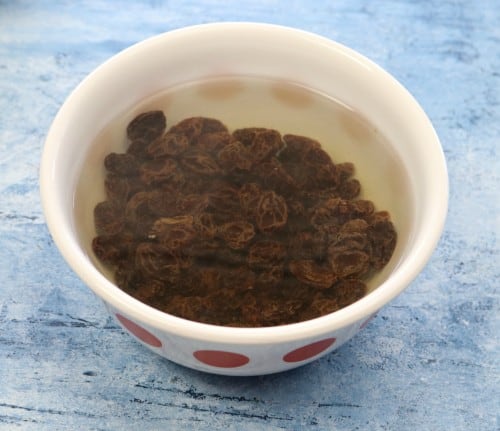 Start by placing the raisins in a small bowl and covering them with boiling water.

Let them soak for five minutes and then drain and set aside until you need them in the recipe. 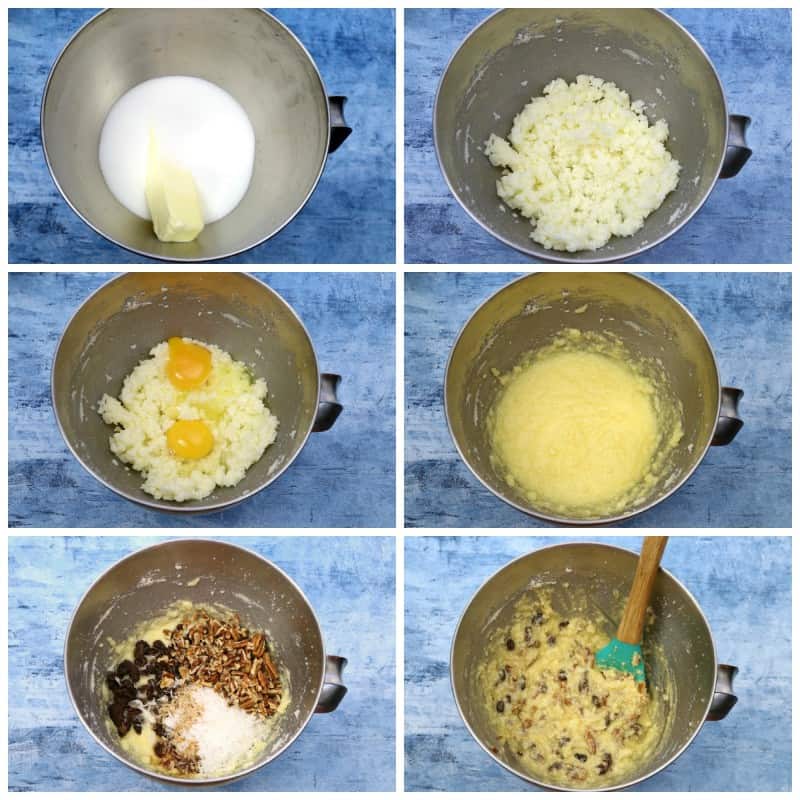 Place your sugar and butter in a mixing bowl and beat with an electric mixer until light and fluffy.

Add all other ingredients and stir with a large spoon until well incorporated.

Pour the pie filling into the pie shell.

I like to put my pie on a baking sheet, always do, no matter what kind of pie. It just makes it easier to get in and out of the oven that way.

Bake at 350 for 35-40 minutes or until it’s set in the center and doesn’t jiggle when you wiggle it.

Don’t worry if you jiggle when you wiggle because we aren’t here to judge.

Now at this point, you can serve it but it won’t completely set until it is chilled. So I cover it and refrigerate for a couple of hours. 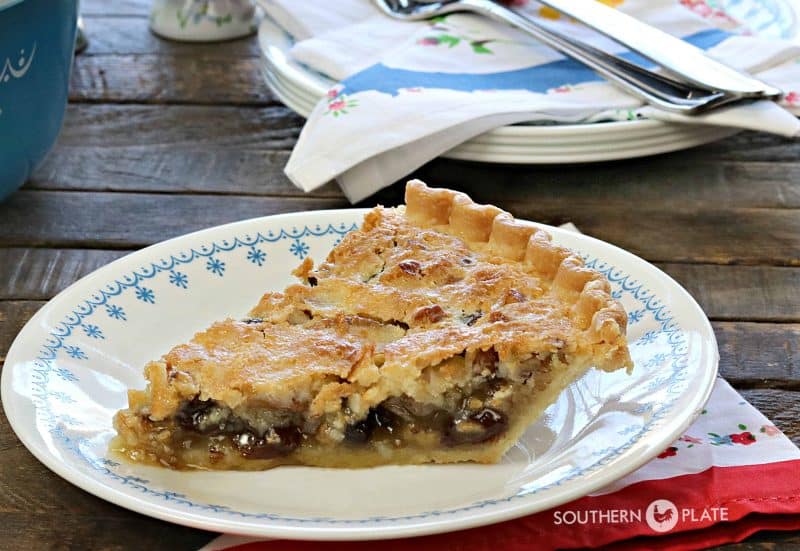 Oh, mercy. This pie. This old-fashioned, simple, incredibly delicious pie… it wants you to take a bite.

Look at it, staring longingly at your fork. Won’t you welcome it into your home today?

If Grandmama were here, she would say you need to.

You’re gonna want to try these other pie recipes next: 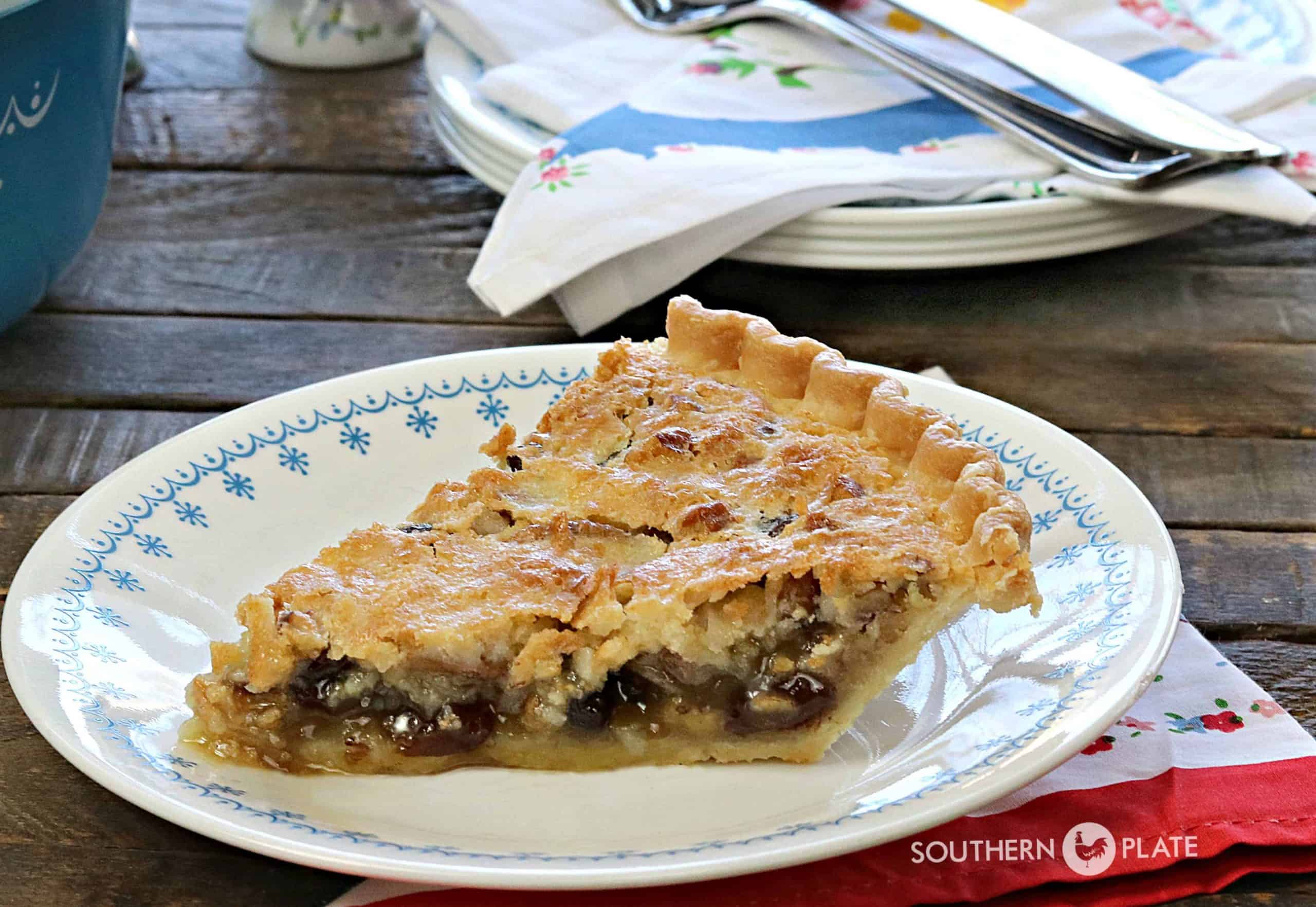 Instead of saying “Lord, I don’t know how I’m going to do this.” 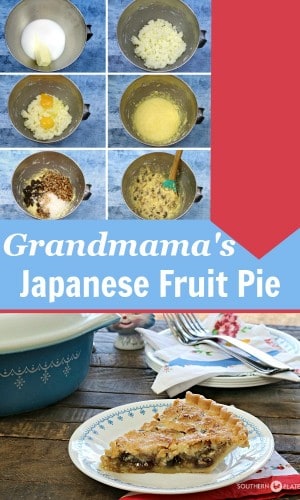 I’ve made this recipe about a dozen times and everyone loves it! I have people asking me for the recipe, that’s how good it is!!

That is so wonderful to hear! Truly warms my heart 🙂

Hi!
Pie sounds delicious – will try making. Love yr pie crust recipe too. Whenever a recipe calls for coconut that I make I use dessicated coconut – I don’t like the long strands of coconut in regular coconut. I used to make squares that called for coconut and I substituted dessicated coconut (it had choc. chips as well as other things and a fair amt of coconut) – I had made this for a school function & my brother attended – he HATES coconut of all kinds (so he thought) he tried one of the squares & started to rant & rave on how good they were – he wanted to know what there was in it b/c he wanted to make them – when I told him about the coconut he was dumbfounded – he couldn’t believe there was coconut in them – he said he hated coconut – he told me he did not taste the coconut at all & that they were delicious. So, maybe for those who don’t like coconut sub it with dessicated coconut (tiny little pieces of coconut) it is not as profound as regular coconut. That is the only thing I use whenever coconut is called for in a recipe.