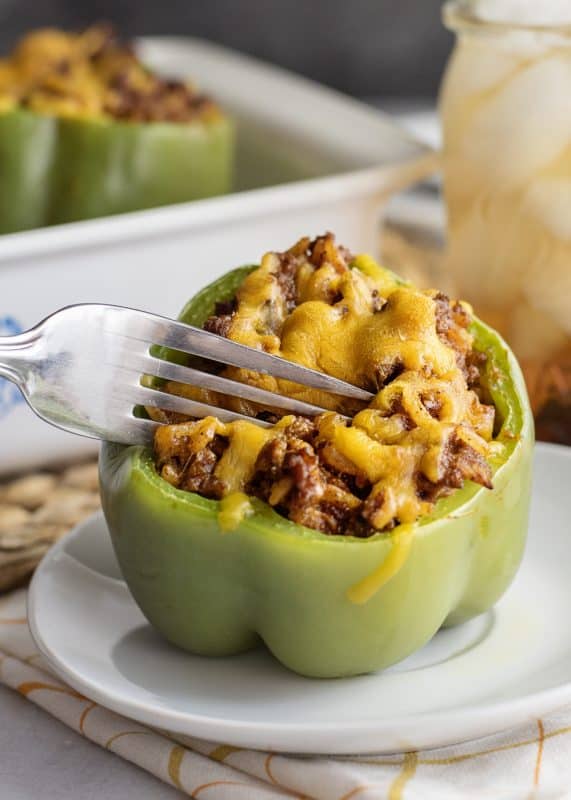 This is my mother’s recipe for stuffed peppers – and boy are they good! A meal in and of itself, stuffed peppers are classic comfort food either way you look at it. This simple recipe uses mostly pantry staples and you can make these ahead of time right up to the point of putting it in the oven, then simply cover with foil or cling wrap and refrigerate until you’re ready to bake them. This would be a great meal to prep on Sunday for a busy night later in the week! 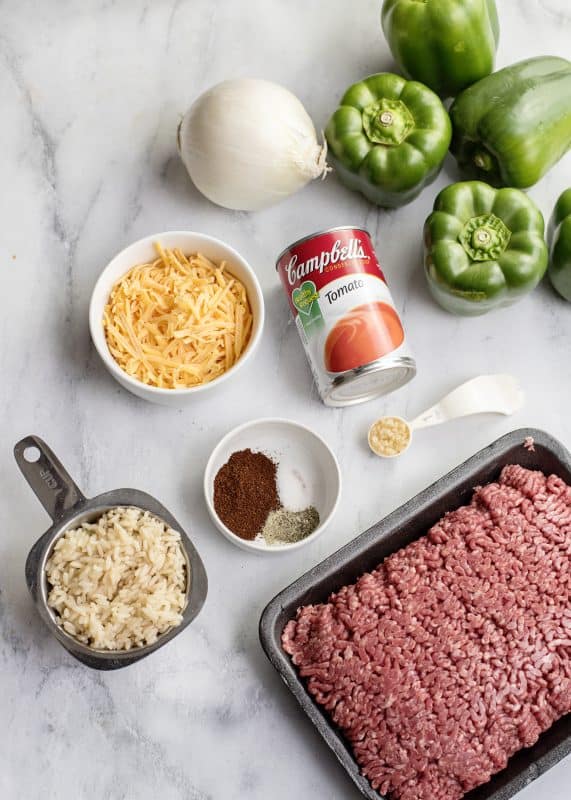 My mother has always insisted on Mexene chili powder so I try to be a good daughter and use it when I can find it. I’ve also used Tone’s and it was really good as well. 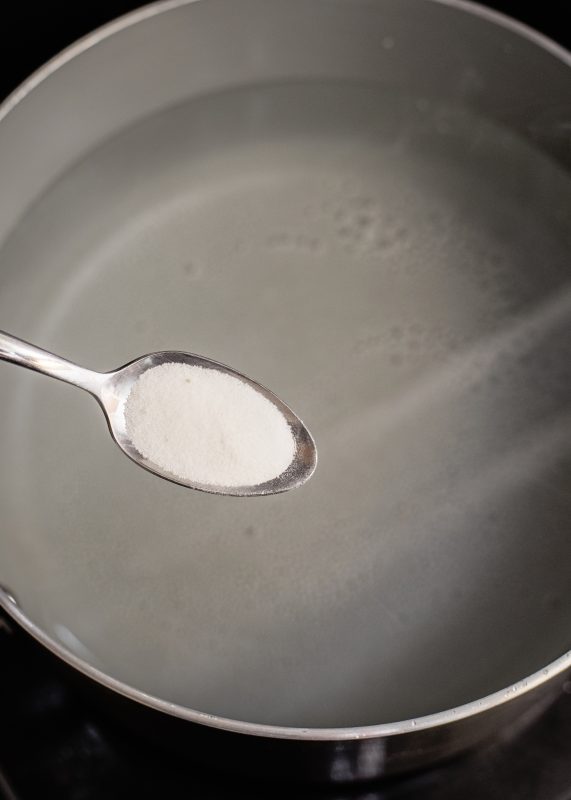 Begin by filling a pot deep enough to submerge the peppers in with water and add a teaspoon of salt. Put this over medium high heat to bring it to a boil while you prepare the filling. 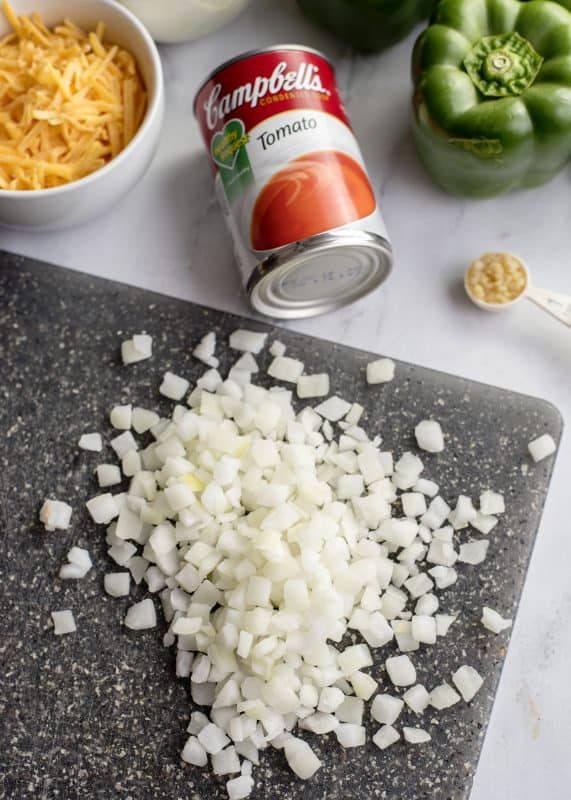 Peel and chop your onion. 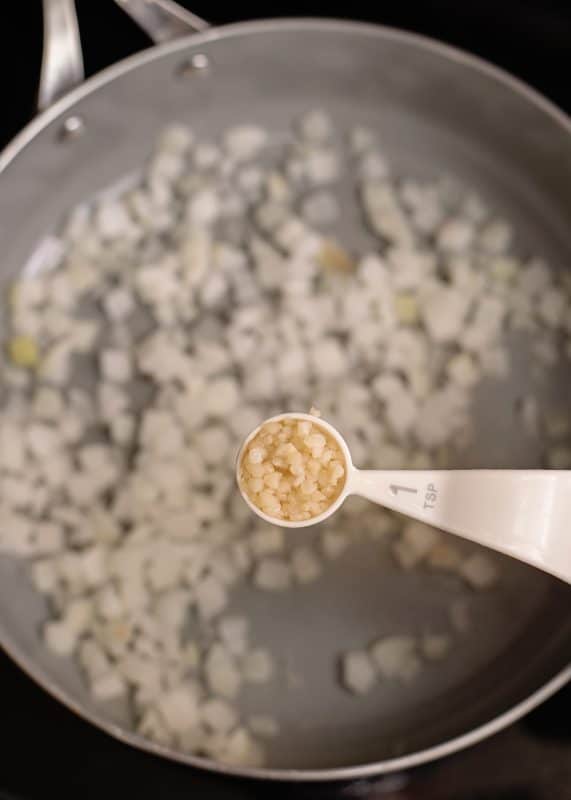 Place your onions and garlic in a skillet. Cook over medium heat until onion is lightly browned.

Normally you would add your beef along with this and cook until browned but I usually pre brown my beef and freeze it so it is already cooked.

When those get cooked a bit, move on to the next step. 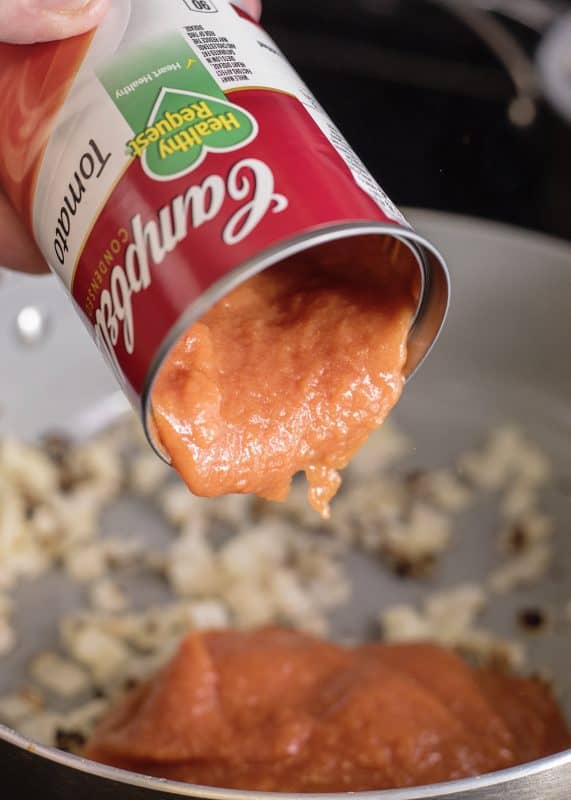 Did y’all see that post I did on Simple And Delicious Tomato Soup? 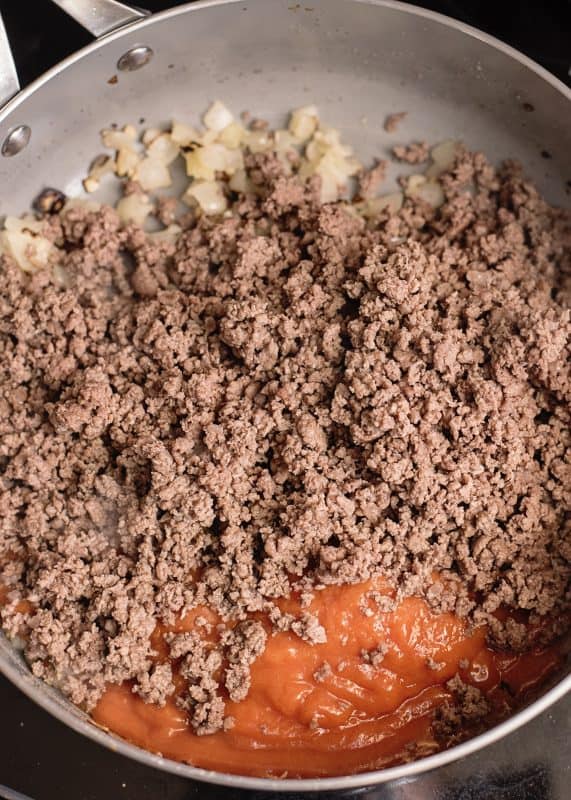 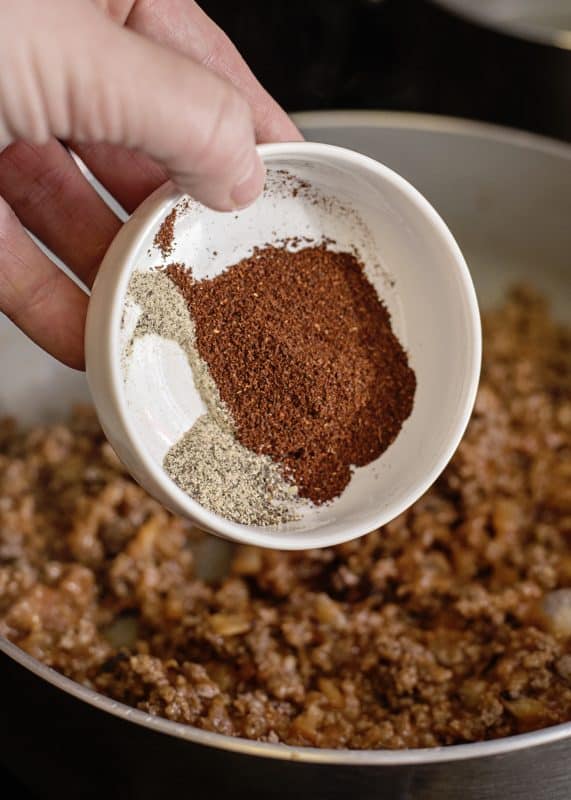 Stir in all of your seasonings and your cooked rice. 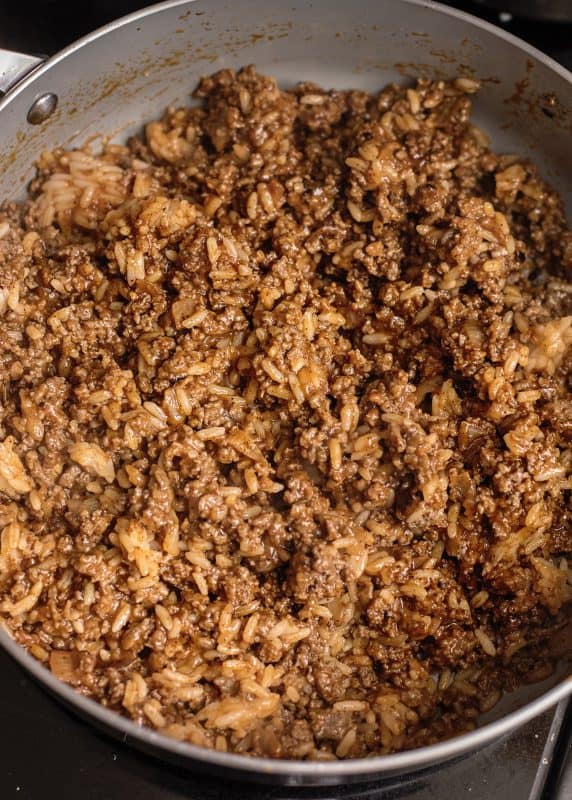 Stir it up a bit. Reduce heat to low and let simmer for about ten minutes.

Meanwhile, rinse your peppers under water and cut the tops off. 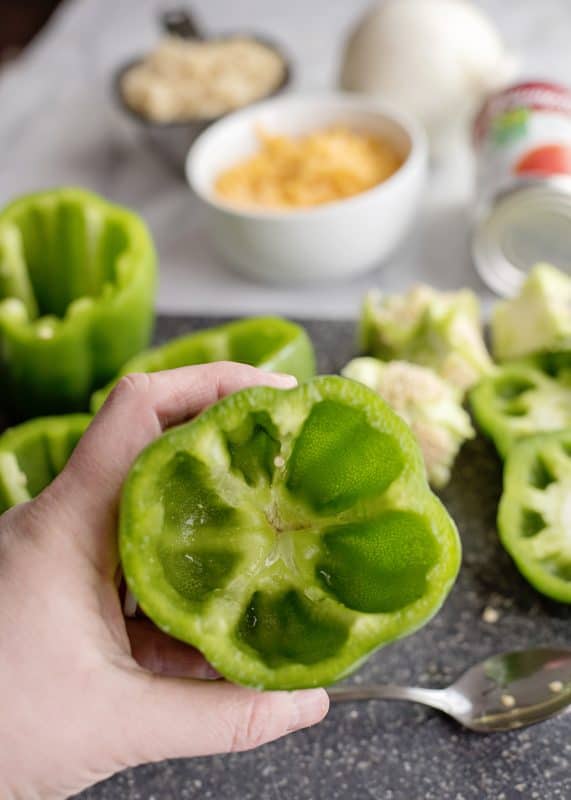 Use a spoon to scoop out the seeds. 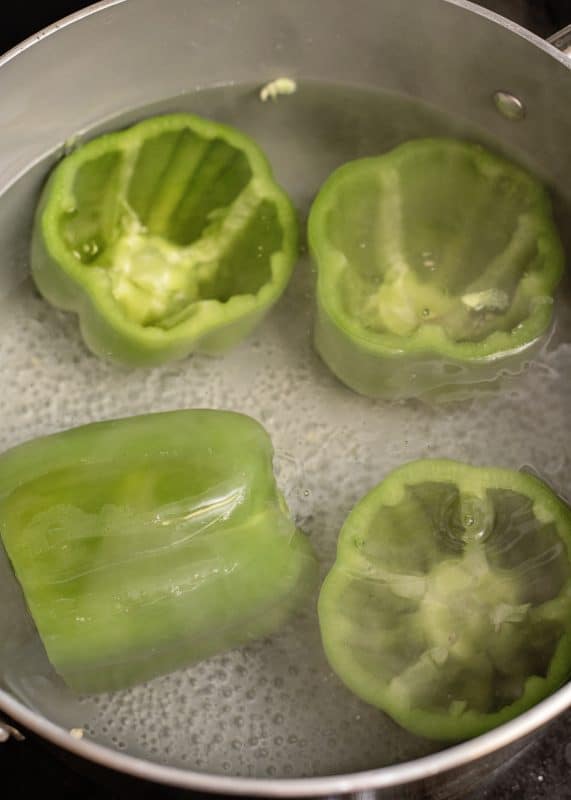 Drop them in the boiling water and boil them for about five minutes. 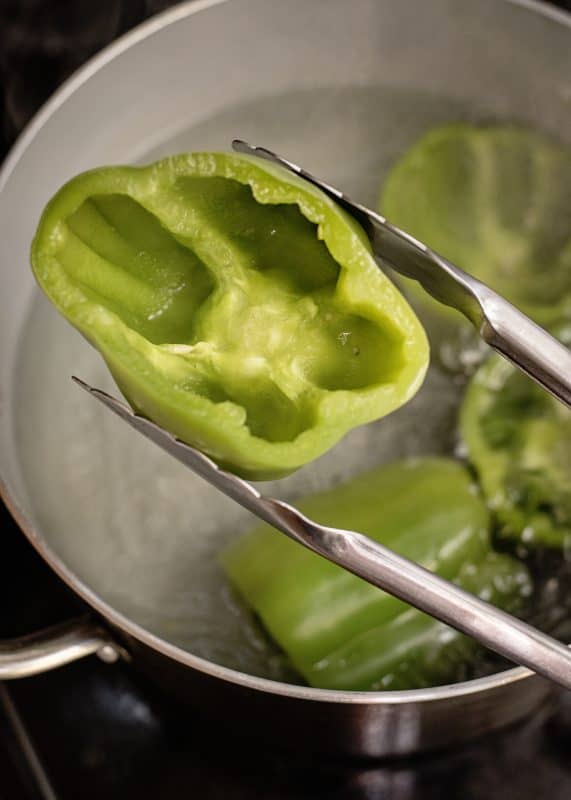 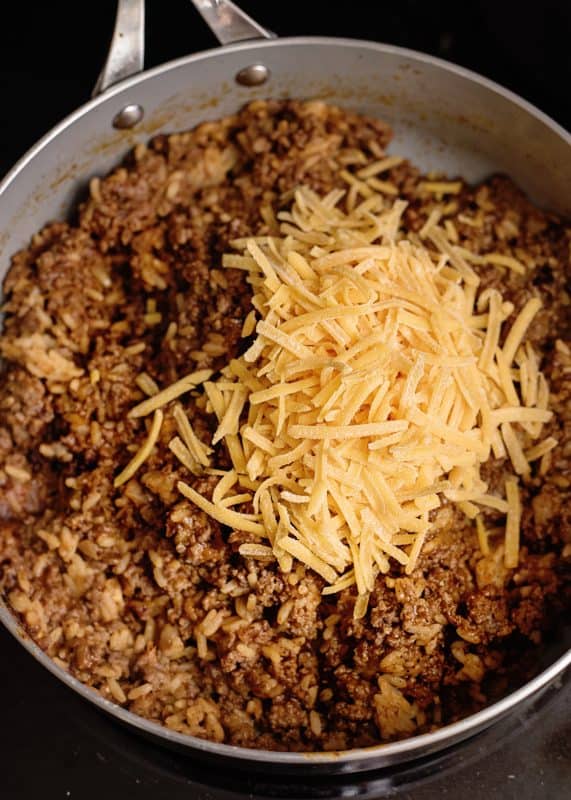 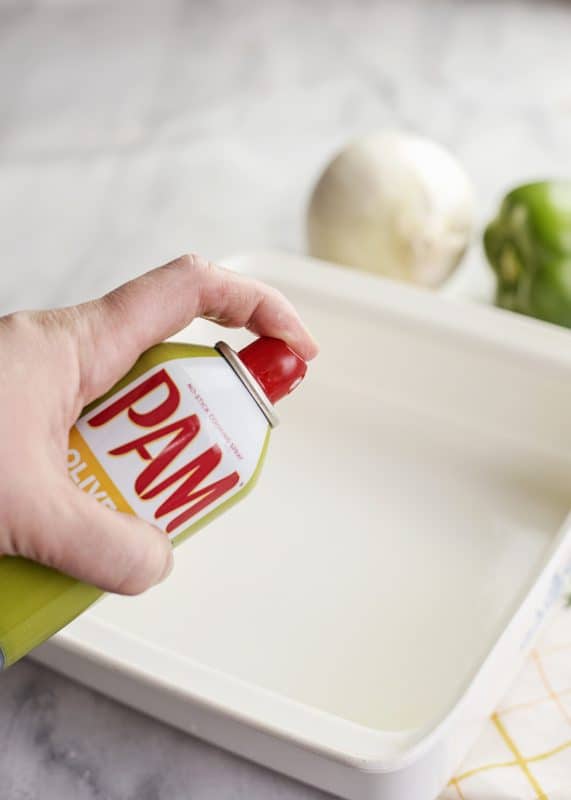 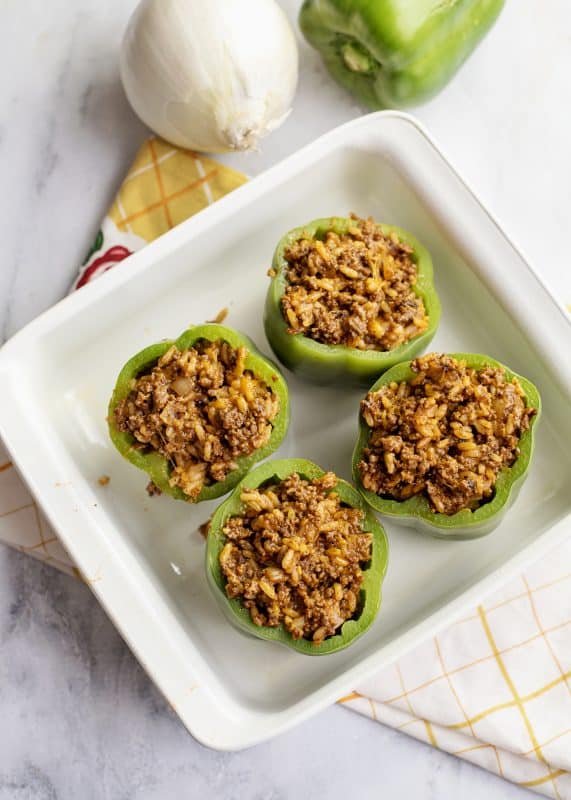 Place peppers inside and stuff with mixture. 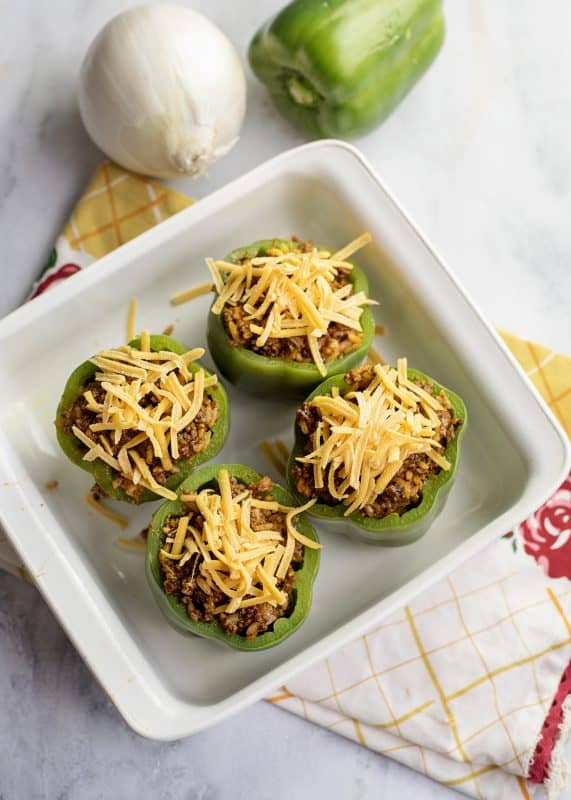 Top with additional cheese and place in 350 degree oven for ten minutes. 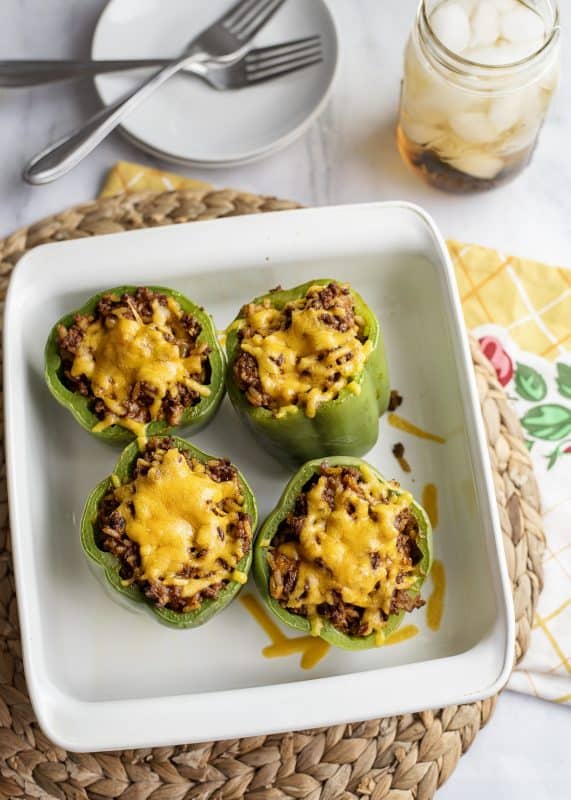 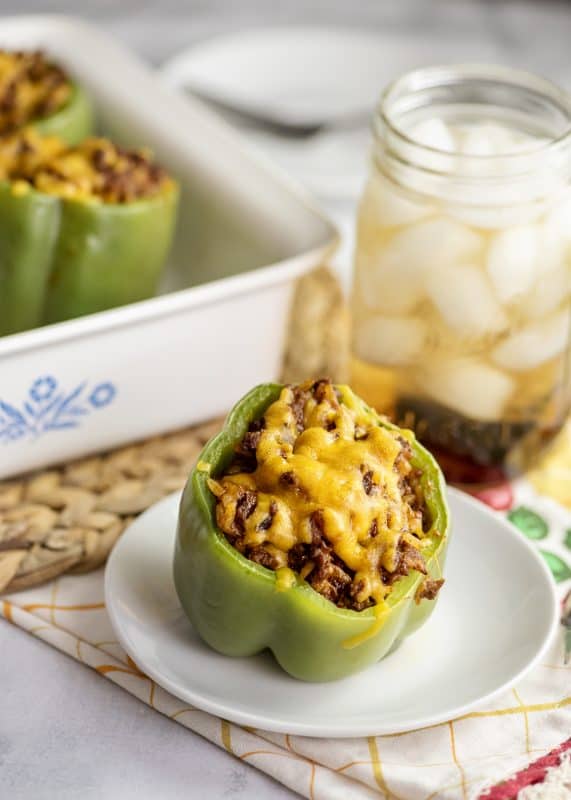 When I make stuffed peppers, that’s supper! Nothing else needed. 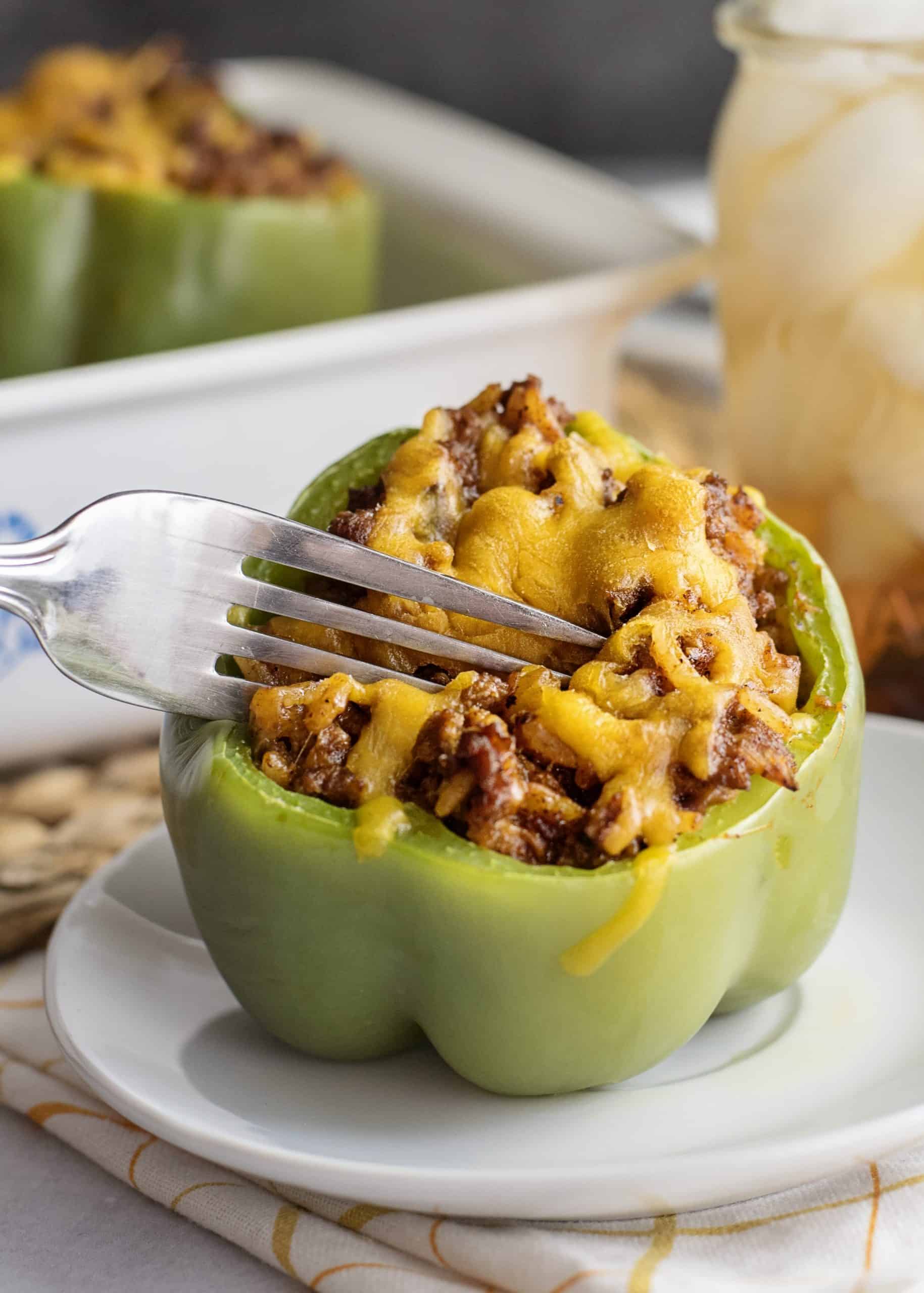 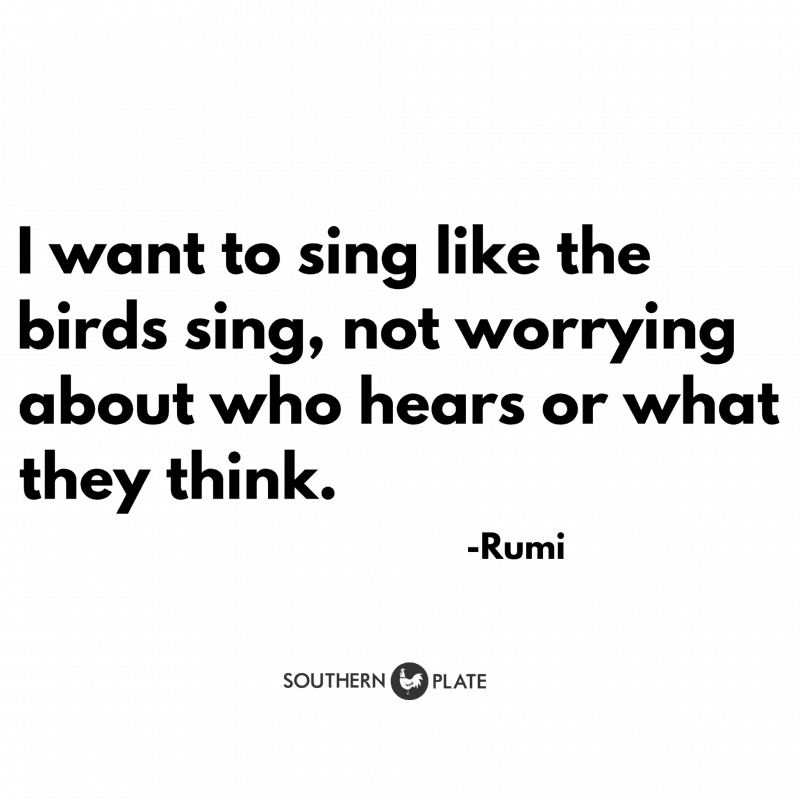 This recipe is featured as part of Meal Plan Monday and Weekend Potluck!