Just makes you want to celebrate America, right?  These Patriotic Jello Jars are a great way to show off your patriotism and have family and friends amazed at your creativity. 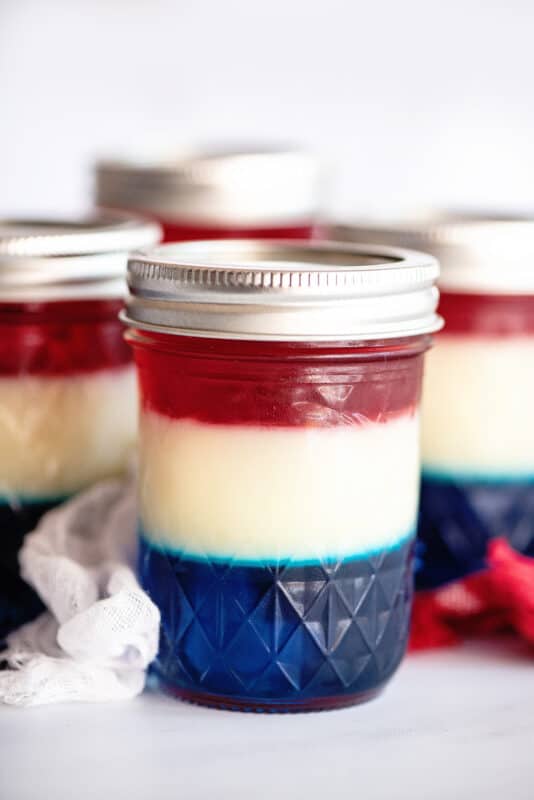 Every summer, I used to make Rainbow Jello Jars for the kids. It is kind of our fun way to kick off the beginning of the season. I usually make a dozen (because that is what canning jars come in) and the kids ration those puppies out like they’re gold!

A year or two ago  I posted a pic of our rainbow jars on Facebook and got a LOT of comments from folks asking me how I did them so I thought I’d share a little tutorial with you on patriotic jello jars that would be fun to have for your July 4th celebrations. 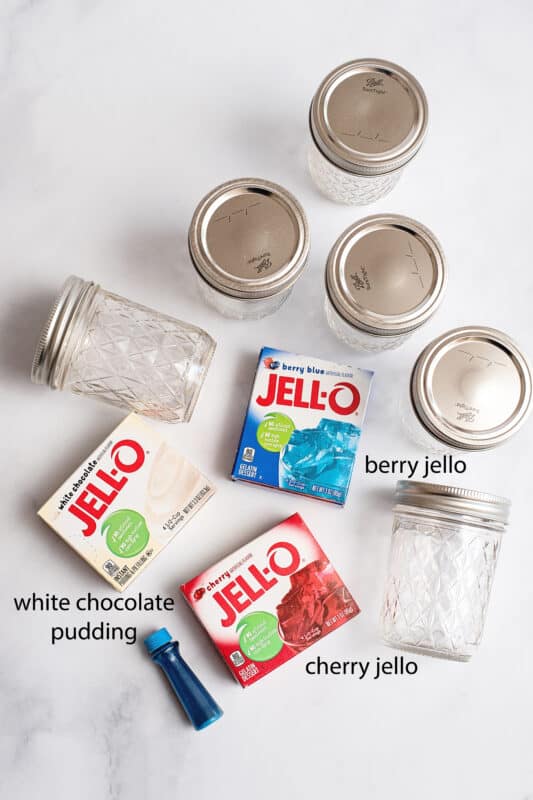 The Ingredients You’ll Need Are:

You’re also going to need a little blue food coloring if you want your blue to be a true patriotic blue like mine is because the box just makes more of a sky blue.  If you want a way to make the food coloring at home check out this tutorial here. 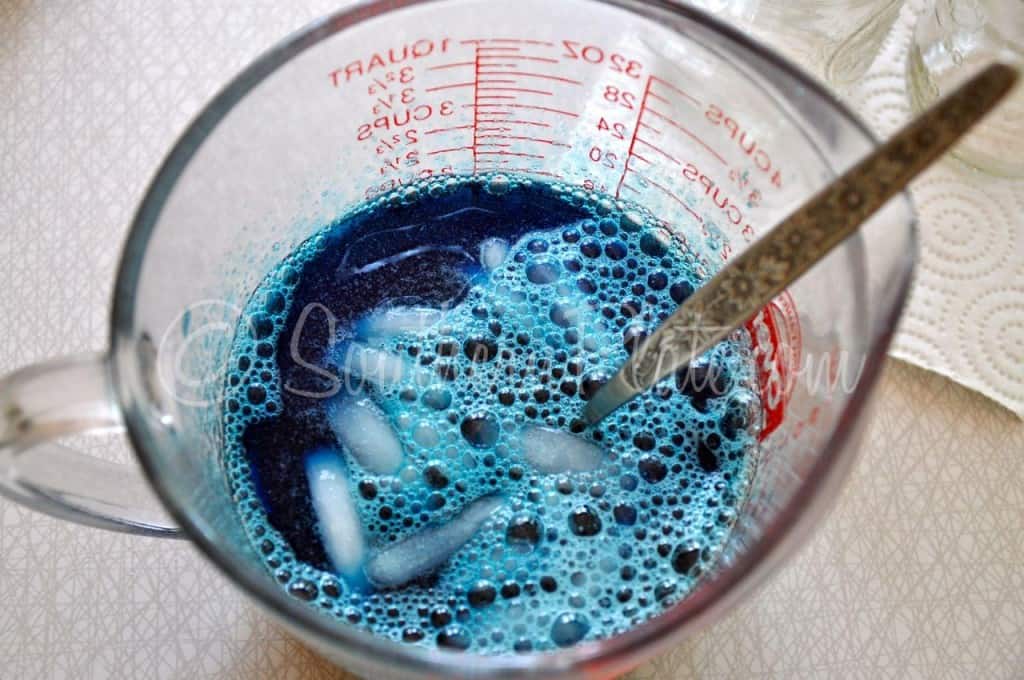 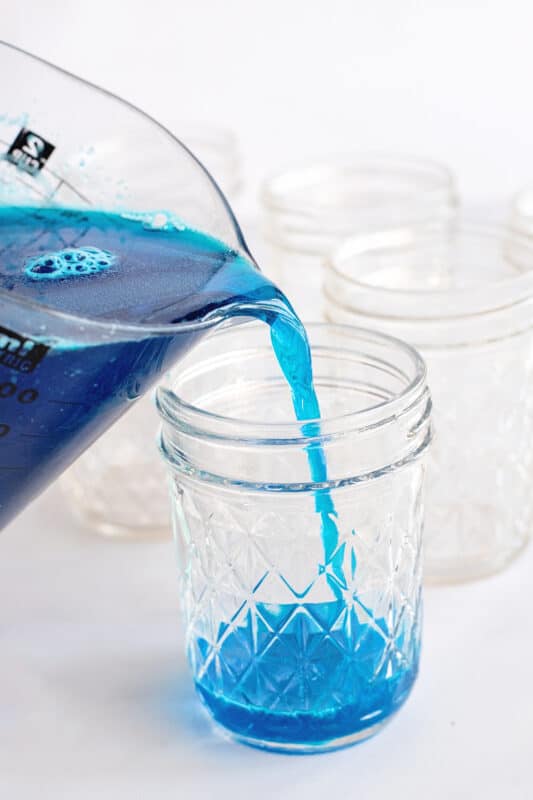 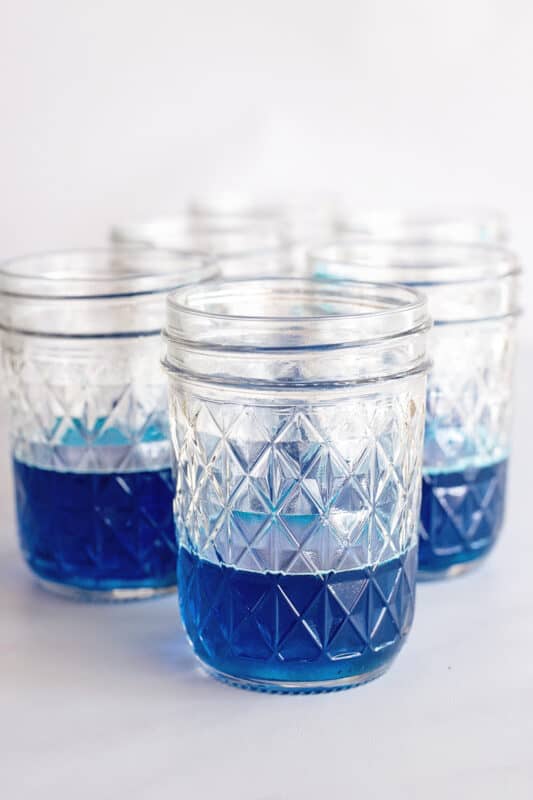 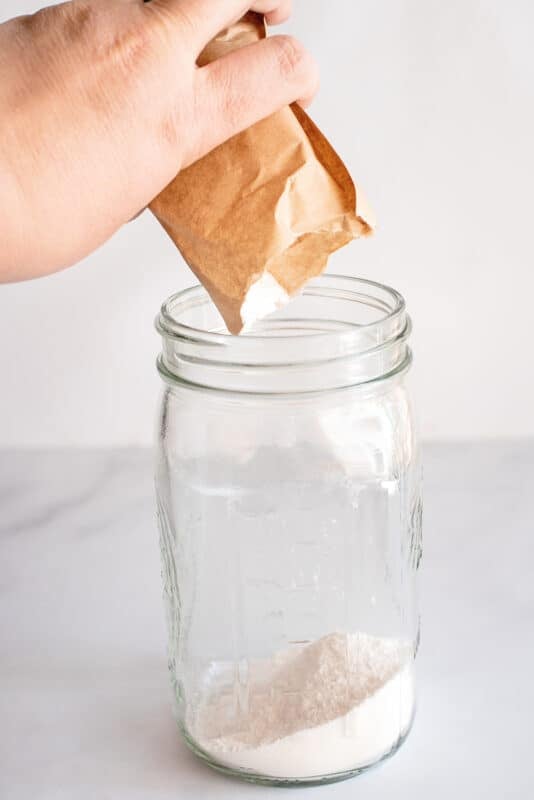 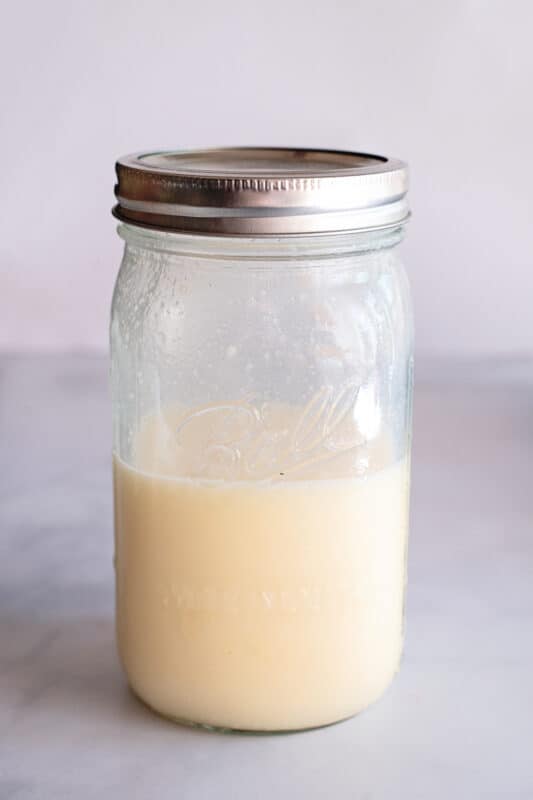 Pour your pudding powder in the jar with the milk and shake. 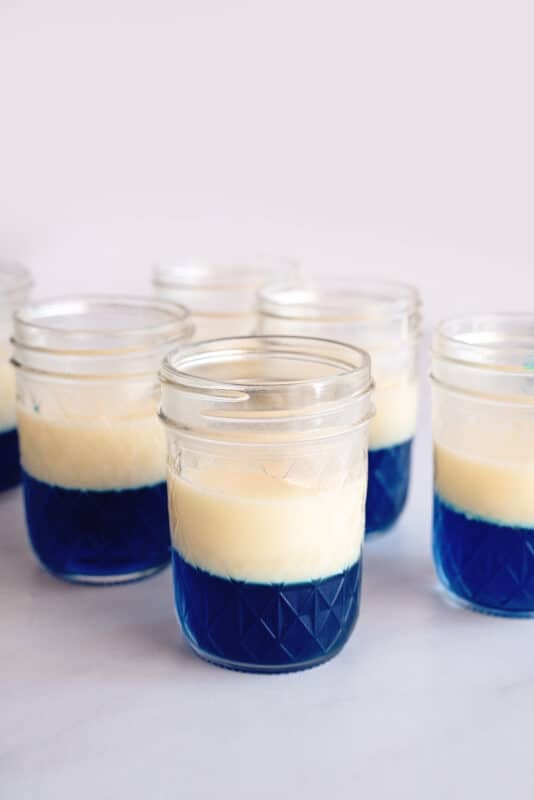 Now add a little layer to each of your jars. 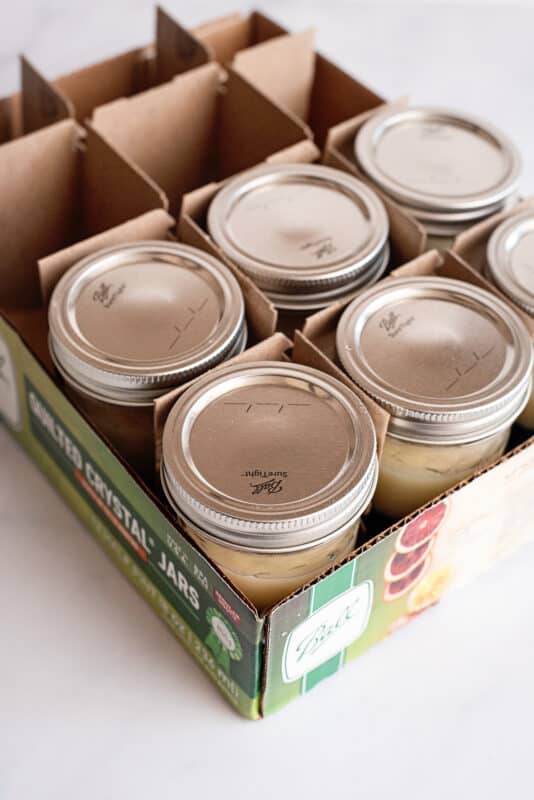 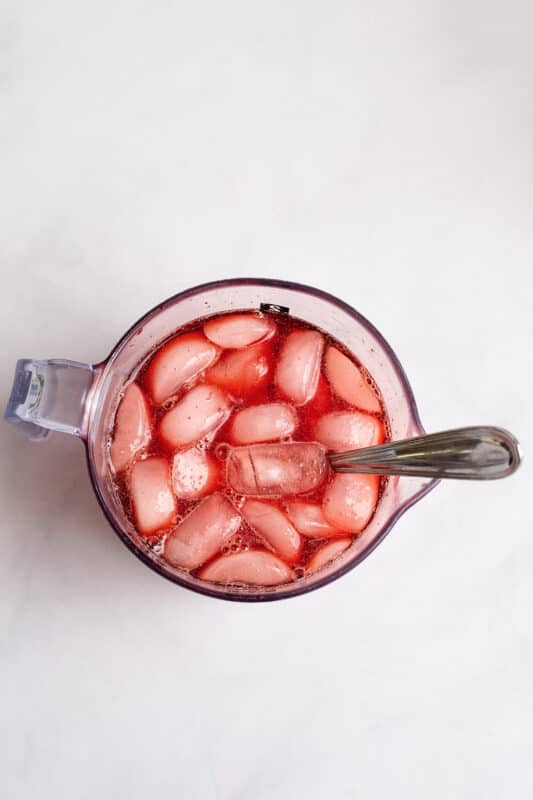 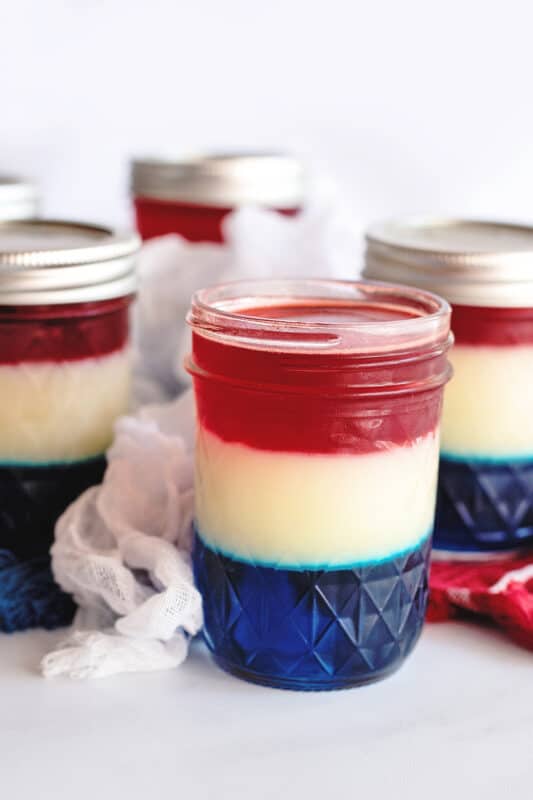 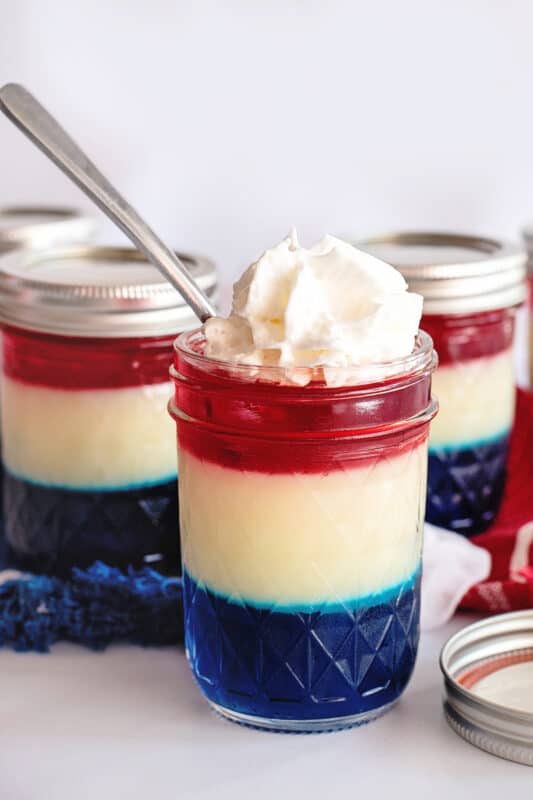 Serve cold and add the topping of your choice or just serve as they are.  You and your kin are in for a delicious fun treat!

Now that you have these Patriotic Jello Jars, set aside some time and make the Rainbow Jello Jars.  I added those as a bonus if you wanted to see that recipe. 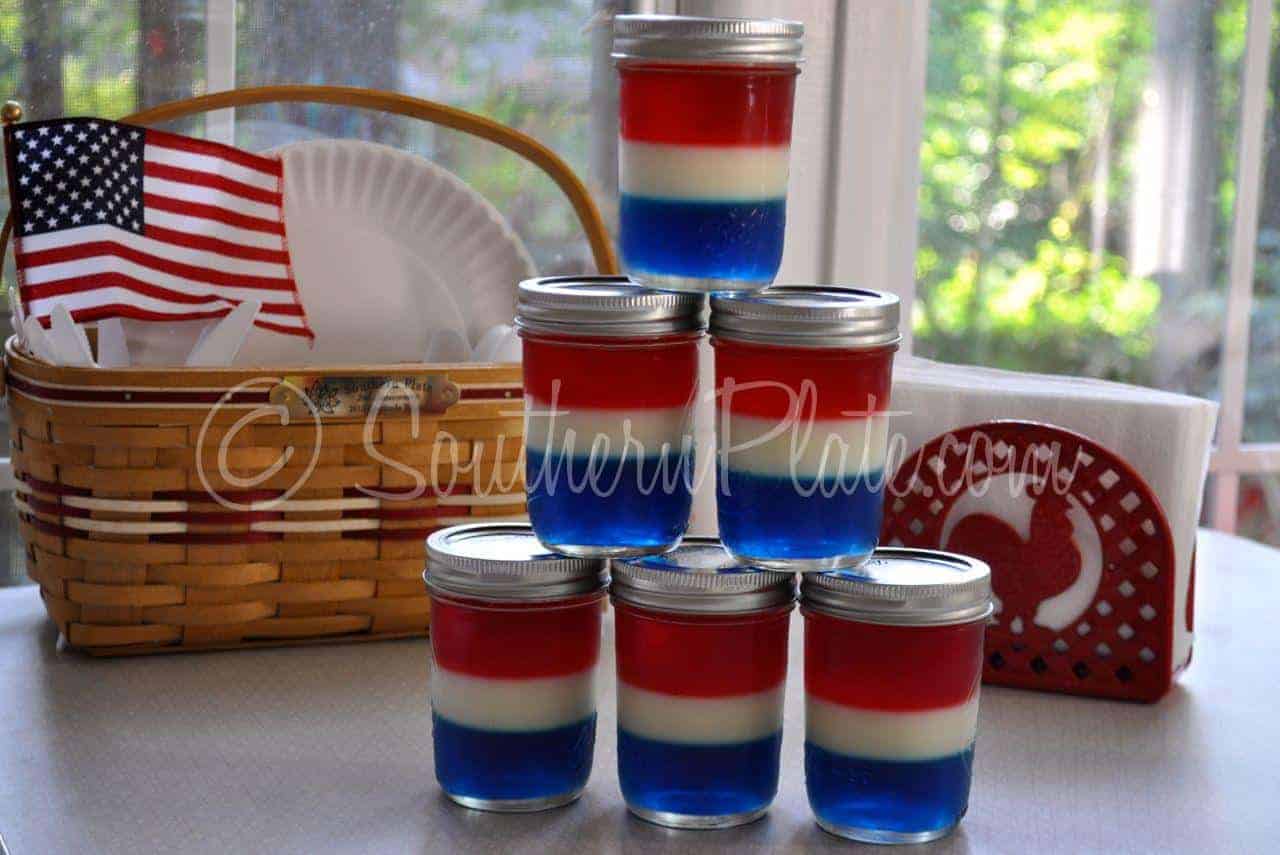 Some people react to the shelf stable food coloring dyes so click this link for a great reference on how to make food coloring at home with fruits and veggies you probably already buy.
Tried this recipe?Mention @southernplate or tag #southernplate! 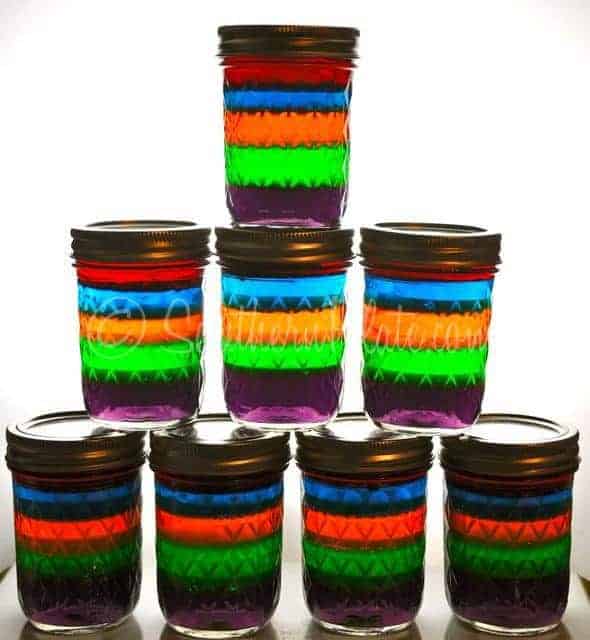 You may also enjoy these recipes for the 4th of July:

7 Fast and Festive Recipes for the 4th of July

You can get a real rainbow color scheme for the Jello, but you gotta work at all the colors. Red = cherry or strawberry. Orange, Yellow=Lemon, green= lime, blue=berry blue, Indigo= Pomegranate blueberry, violet=grape. Looks fab, tastes great and the kids love it.
Other tricks. If you’re in too much of a hurry to do the long slow version of setup, make each separately, and layer cubes in Cool whip or white chocolate pudding.
If you’re a lush like us, adding a bit of booze and freezing between layers is the weirdest jello shot ever.

I make these with sour cream in the middle instead of pudding. Yummy.

Made these. Everyone was like “wow”. They were gone in a flash.

I’ve made the layered jello in clear coffee cups. AND somehow I figured out a way to tip them a little in the fridge so the Jello was angled. Made it fun looking too.

Too pretty to eat! And aren’t the possibilities just endless? Red and green for Christmas, orange and yellow for fall “candy corns.”

Also did you just mention emergency preparedness? For shame. 😉