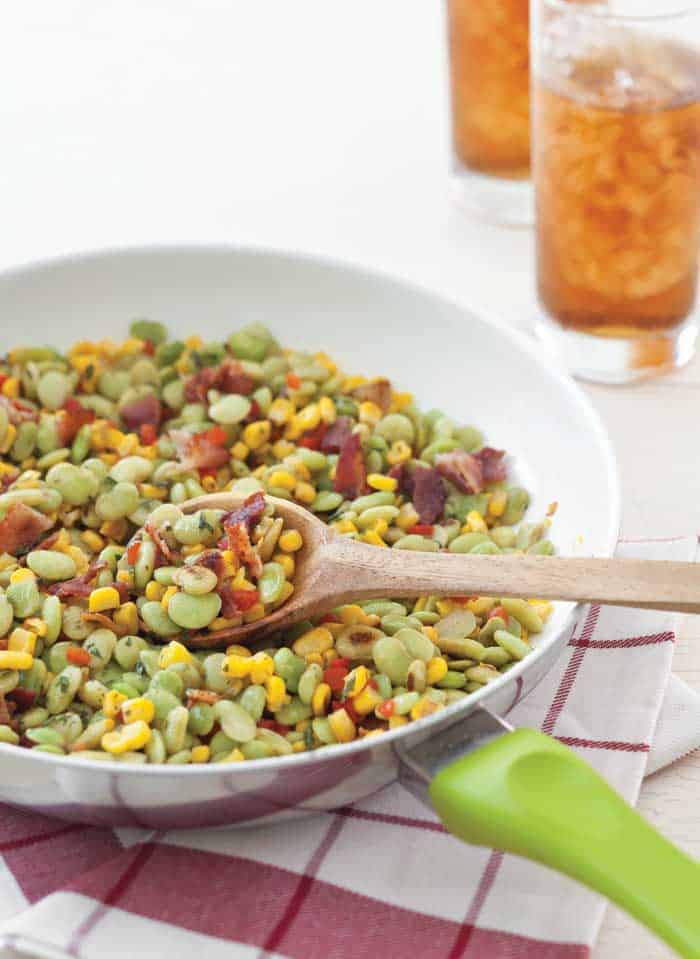 Image courtesy of Taste Of The South

This super fast succotash is sure to be a hit!

When it comes to good old fashioned Southern cooking, my favorite things are usually the vegetables, most of the time even more than the desserts! I love garden fresh veggies, especially medleys of them, seasoned up just right, and served fresh off the stove. Succotash is akin to manna from Heaven for me, and I don’t think it’s blasphemy to say that considering God made all of the ingredients – well mostly. Although bacon isn’t a natural occurrence on it’s own, I’m pretty sure it was divinely inspired.

This is my recipe for Super-fast Succotash and is a BREEZE to throw together and uses frozen veggies to save time. I prefer frozen over canned because they are so much closer to fresh. Let’s get cooking! 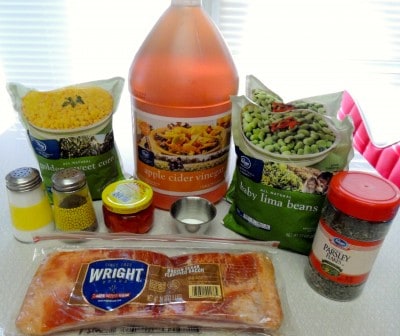 Regarding the apple cider vinegar: I just love this stuff and I love seasoning vegetables and making salads with it. As a result, I keep a good supply on hand. Two or three gallons doesn’t seem the least bit odd to me but my poor husband thinks I’m the cider vinegar equivalent of the crazy cat lady. 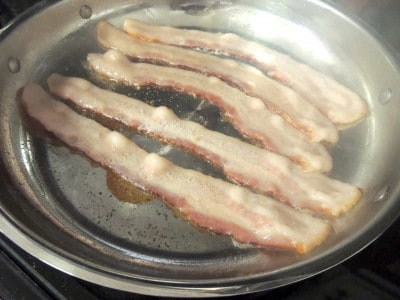 Cook your bacon in a large skillet until done.

The recipe calls for four pieces, I’m cooking five. That fifth one is for me to taste to make sure the bacon is good enough 😉

It’s all about quality control, you know! 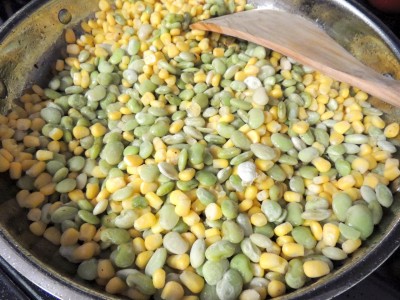 Remove your bacon from the skillet and reserve two tablespoons of bacon grease.

Save the rest. For information on what to do with it, click here.

Add frozen corn and lima beans to skillet and cook over medium high heat, stirring often, until heated through, about five minutes. 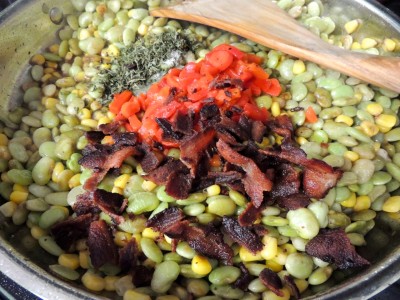 Add in crumbled bacon and all other ingredients.

Stir well and bring to a simmer until sugar is dissolved. Serve warm and enjoy!

Note: Sometimes I double the vinegar and sugar for more flavor punch. 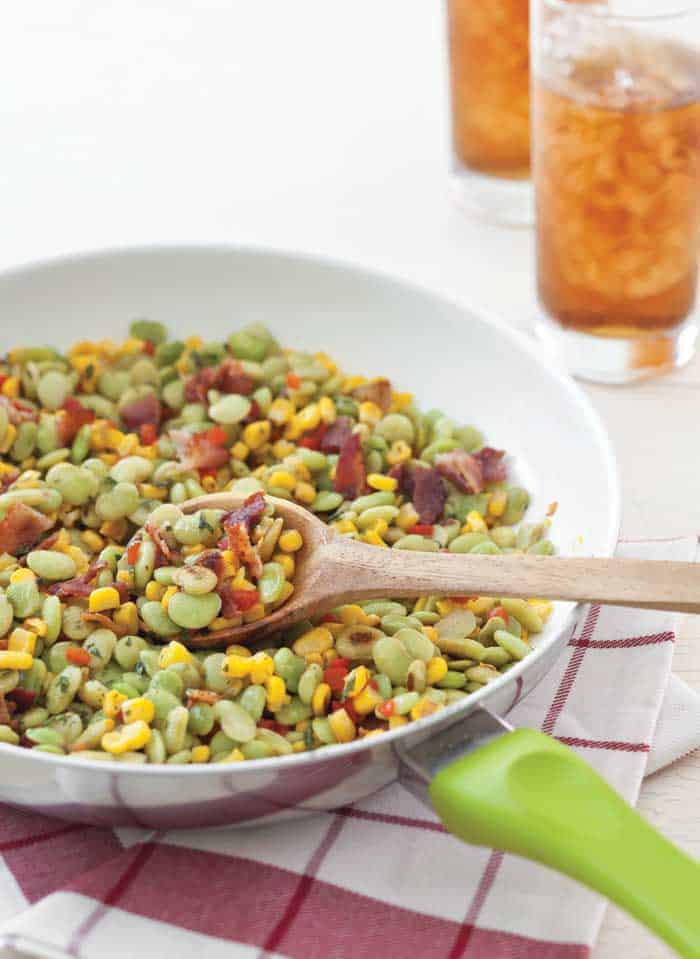 Submitted by Dianne. Click here to read more or submit your own.