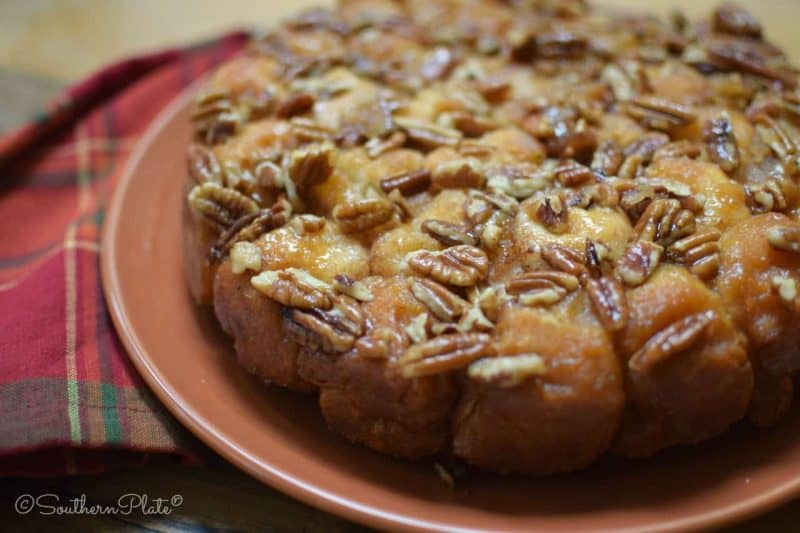 Does the above description make anyone else drool or just me? This monkey bread with cream cheese recipe I’m sharing today is a deluxe version of the classic monkey bread recipe. It takes a few minutes more but really amps it up a notch and makes a great breakfast danish! We tend to have it for dessert or a special evening snack, though.

The cream cheese isn’t sweetened, so it creates the perfect balance between the sweetness of the brown sugar. The other ingredients include biscuits, cinnamon, white sugar, butter, and pecans. They combine to make a quick, easy, and delicious pull-apart bread that you can pop into the oven in minutes!

The best part is, when you share this with family and friends, they’ll be in for a surprise when they pick up a biscuit and it’s filled with gooey cream cheese. 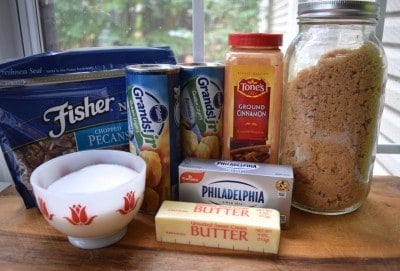 How to Make Money Bread with Cream Cheese Stuffing

Lightly grease a 9-inch round cake pan with cooking spray.

Place 1/2 a stick of butter (1/4 cup) in the cake pan and put this in the oven while it preheats just to give the butter time to melt. 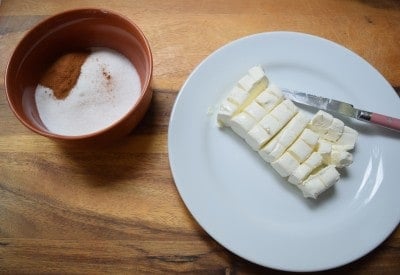 In a small bowl, stir together the cinnamon and sugar. 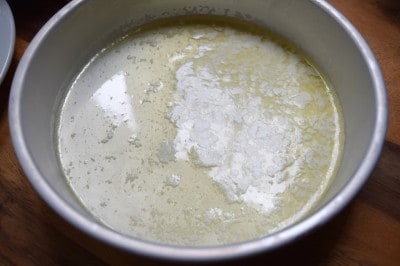 Oh, look! Our butter has done gone and melted! 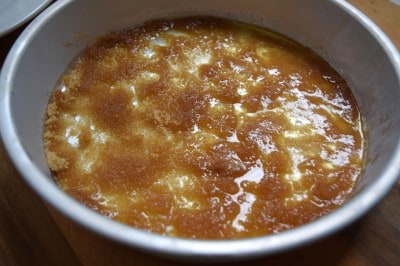 Sprinkle your brown sugar all over the top of that. 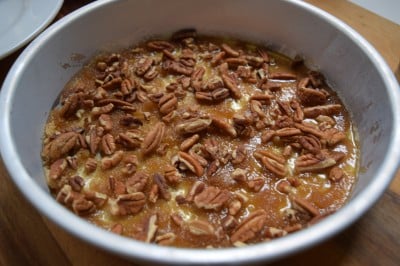 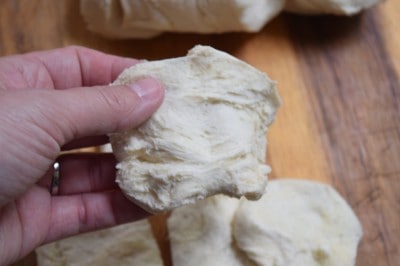 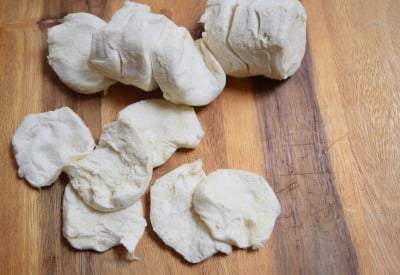 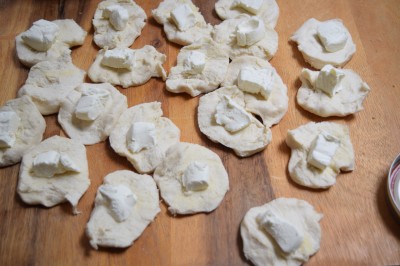 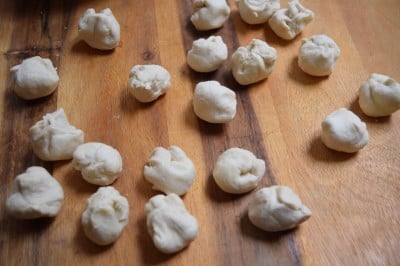 Then, fold the biscuits into little balls to cover up the cream cheese and press them a bit to seal closed. 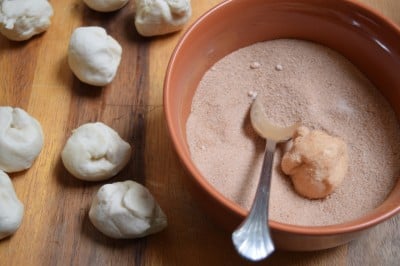 Now just roll them around in the cinnamon sugar mixture. 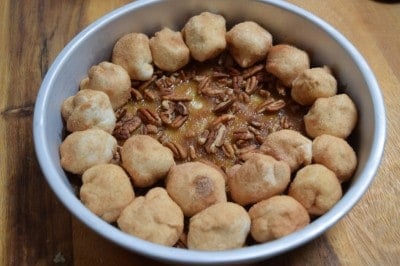 Arrange on top of your pecans in the pan. 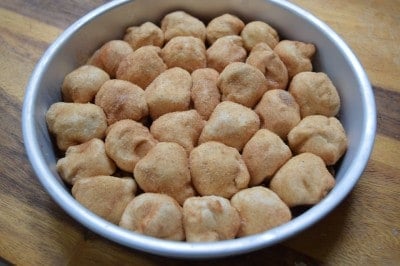 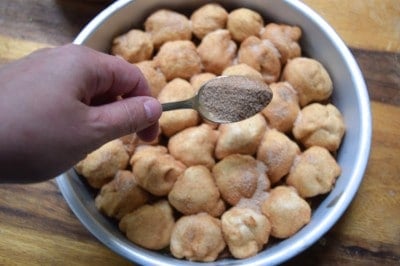 Sprinkle a few more tablespoons of the cinnamon sugar mixture over your bread. 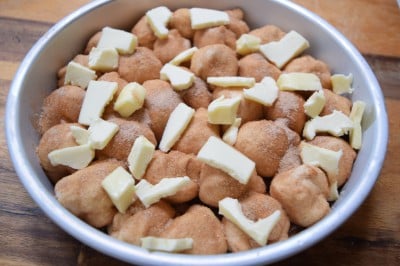 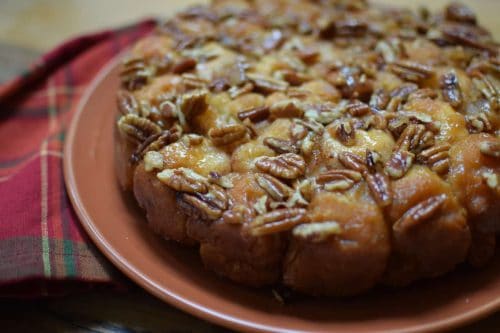 Store leftovers in an airtight container in the fridge for up to 3 days. You can also wrap portions in foil and place them in the freezer for up to 3 months. Thaw overnight before reheating in the oven or air fryer.

Check out these other fun breakfast recipes: 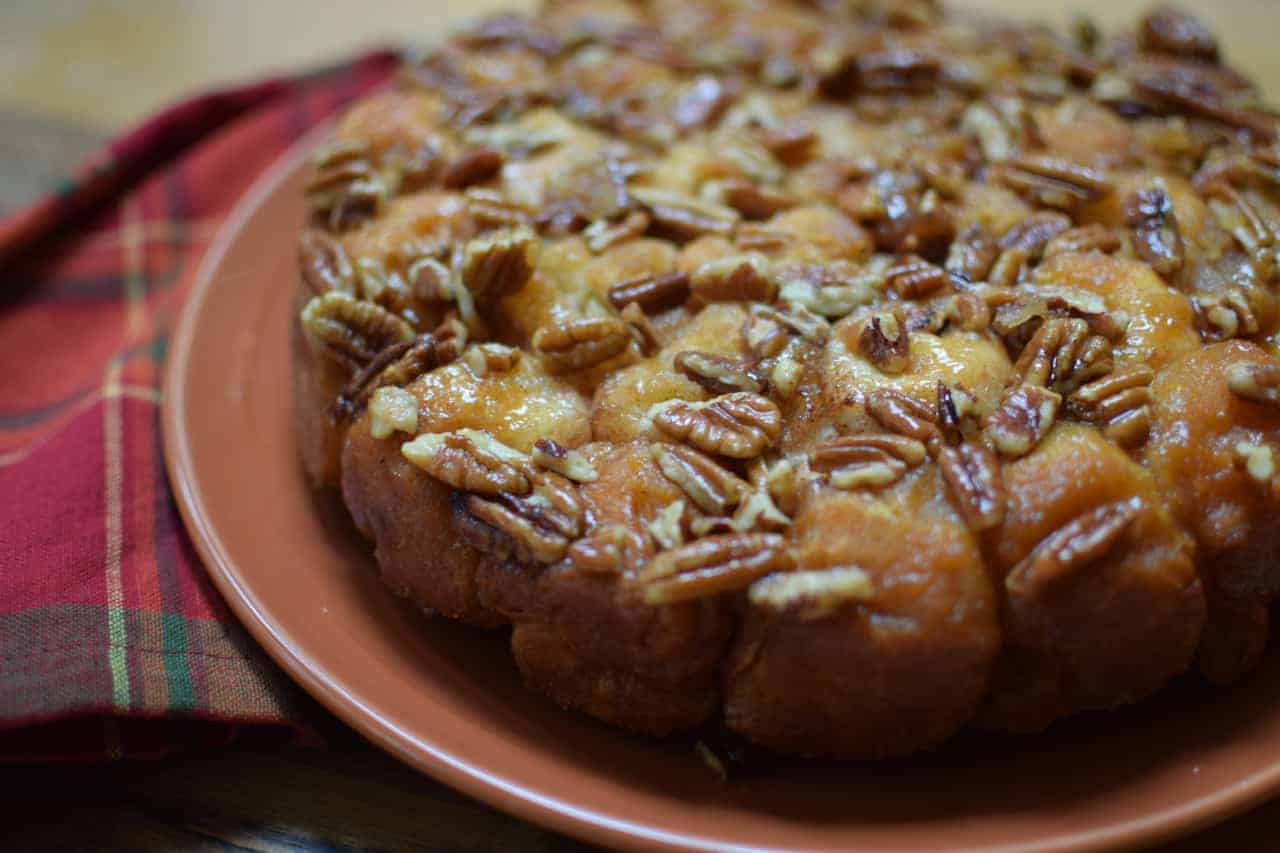 I made these this morning for my church ladies meeting. They were still warm. I knew it would be a hit so I made up some cards that showed them how to find your website and what the exact recipe was called so they could that and find all the wonderful things you share with us instead of just the one recipe they asked for. Big hit and they want me to bring it again.

My grandkids call me Grandonna.

Our daughter’s name is Cristin but she couldn’t say “Cristin” when she was little so she would tell people her name was “Tickin”. We started adding “Toot toot” to the end of her name and we added a Y to”Tickin” so she became Ticky Toot Toot. She is now 34 and I still call her “Toot” most of the time. She says her dad and I are the only ones who are allowed to call her that and yes, I even do it in public!

while a cute and silly nickname for your daughter, please don’t call her that again. translated it means trivial and insignificant, which I know she isn’t that to you.

For us, it means beloved and treasured 🙂 I spent most of my childhood hearing “Don’t nobody love it at all” said with a smile and look of pure adoration. It’s a funny way our family communicates. When you clearly love someone so much and you say you don’t in the face of such obvious love, it’s meant as humor. Thank you for being here but I promise my daughter and I will have many more nicknames for each other in our lives – and the love will remain the same regardless. Actually, it will grow 🙂

I was Frannie, Francie, and Frannie Pants growing up. My own kids were/are Grogg (Jeff), Kitten/Kitty (Jennie), and Rie-Rie (Amanda Marie). My mom, Carol, was called Cricket by her friends. My brother, David, always managed to get his diaper all twisted & jakey so he’s still called Jake. Nicknames = love in my family. =^..^=

Christy, we make these, but also add a bit of cinnamon sugar over the cream cheese before it’s wrapped. And we call them, Gorilla Bread. You know, gorillas are so much more than monkeys!

Could you skip the pecans?

Absolutely – and it will save a lot of money, too!