Tomatoes grow aplenty in the South, so here’s the easiest way to put up tomatoes. Freeze your garden fresh tomatoes to enjoy year-round. 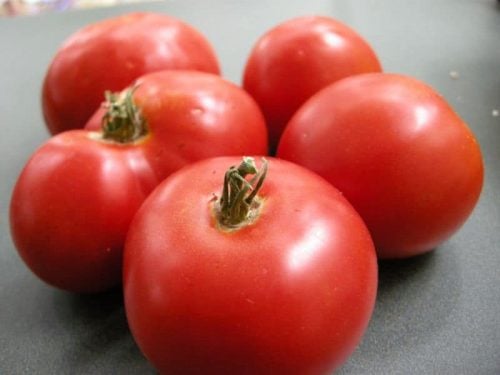 It’s that time of year again (in the South, at least). If you planted tomatoes back at the start of the summer, they are likely coming in by the bucketful right about now. Around this time of year, I feel like I have tomatoes coming out of my ears! Still, I LOVE to grow tomatoes and I know full well this bounty will come in very handy once the growing season is over. As Weezy said in Steel Magnolia’s, “I am an old Southern woman. It is my obligation to wear funny hats and grow tomatoes”.

I actually know very few Southerners who don’t grow tomatoes. They are so easy to grow and produce such remarkably versatile fruit that can be made into any number of dishes and even preserve with ease. So, on the chance that you are also experiencing a bounty of tomatoes, I thought I’d hurry up and get this post to you so that delicious produce doesn’t go to waste.

Preserving tomatoes is so easy though, so you don’t have to wait until you have a bucketful! If you even have one tomato that is quickly ripening with no immediate need for it, use this same method and freeze it to use in a dish on another day. Waste not, want not – and nothing beats a garden-grown fresh tomato.

Of course, you can always can tomatoes, but freezing is just about the easiest (and most inexpensive) way to preserve fresh garden produce so that is the one I’m bringing you today. This method is also more convenient for smaller batches.

Today, I’ll be putting up five heirloom tomatoes from my gardens. They don’t know how lucky they are that I let them turn red! I’ve been frying up green tomatoes left and right here lately but these five managed to grow up despite my fried green tomato love. As I said, this is so easy that you can use this technique to freeze tomatoes whether you have 1 or 100.

How to Put Up Tomatoes 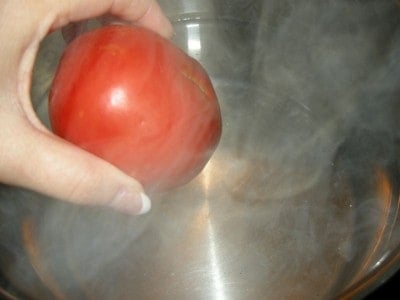 Our first step is to blanch the tomatoes, so drop them into a pot of boiling water. 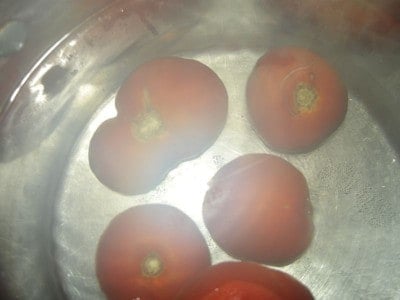 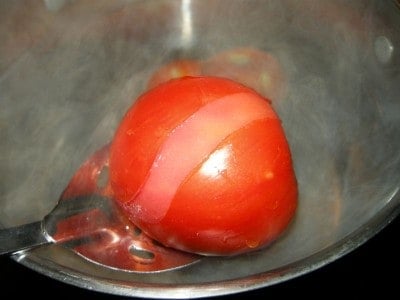 After a minute or two, the skin will split like this.

Remove them as the skin splits with a slotted spoon and place them in a dish (I use a 9×13 baking dish).

You don’t want to use a plate because when you remove the peels and chop them up there will be a lot of yummy juice involved.

If you have very ripe tomatoes they will take longer to split open. But hang in there, I promise it will happen. 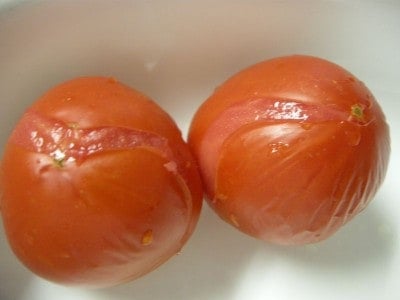 See? Nice and split. Now for the cool part!

Oh, speaking of cool, you’re gonna want to let these cool down a bit. You can either wait half an hour or so or place them immediately in a bowl of ice water to speed up the process.

If you try to peel them now you’ll find they are about as hot as little fireballs! 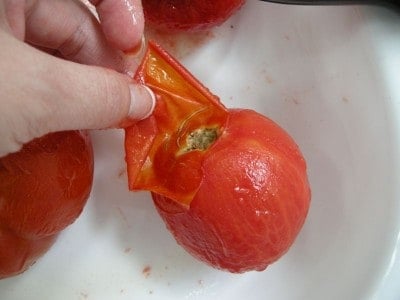 Then, just take hold of the tomato skin and it pulls right off! 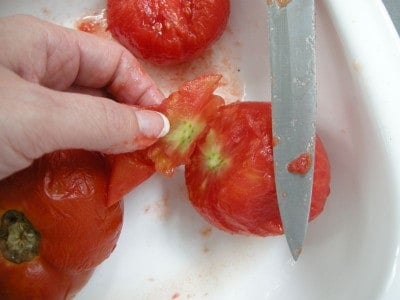 You’ll need to get a knife involved at the top, where the stem was attached. Cut that part off. 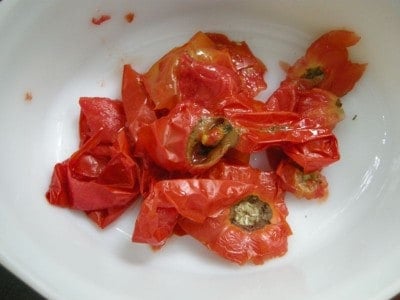 I discard all of my skins and tops but they’d be great in a compost bin if you have one. 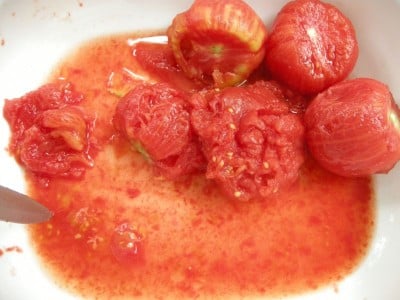 This is what they look like with the skins removed. You can tell a few of them gave up the ghost rather quickly.

I like it when things obey me, even if it is just a vegetable. We gotta take our little triumphs where we can get them! 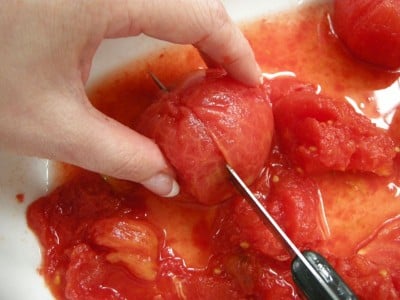 Now I chop each one up but you can leave them whole if you prefer.

They are slippery so be careful. 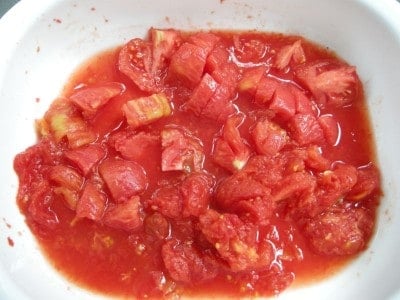 Here they are, all ready to be bagged (tomato juice and all). 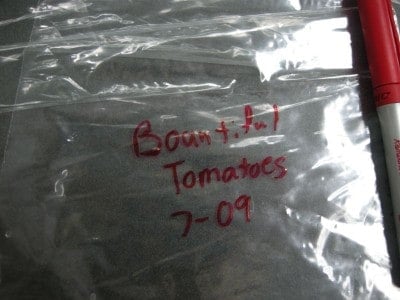 I like to write on my bag the date and where they came from.

If your grandmother sent the tomatoes to you, it’s always nice to be able to call and say, “We had the most delicious stew made with your tomatoes today”. 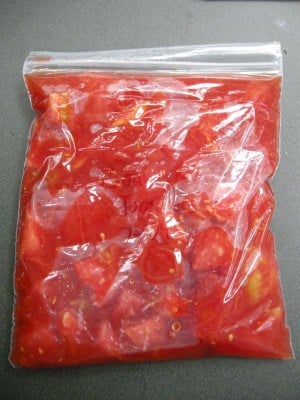 Fill your bag up, get out as much air as you can, and freeze! It’s best to freeze them flat as they’ll retain that shape.

They are now ready to be used in sauces, stews, and anything else you can dream up.

There is NOTHING like your own fresh tomatoes in the middle of winter (or any other time of year for that matter).

Frozen tomatoes will retain their flavor for up to 12 months. Thaw them in the fridge before using them.

What kind of recipes can I use with my freezer tomatoes?

The options are basically endless, but here are some suggestions:

What type of tomatoes can you freeze?

This method for freezing tomatoes works for all types of tomatoes, like Roma tomatoes (also known as plum tomatoes), heirloom tomatoes, and cherry tomatoes. If you use the latter, you can keep the skins on as long as you don’t mind the skins being in whatever you dish you make with them later. 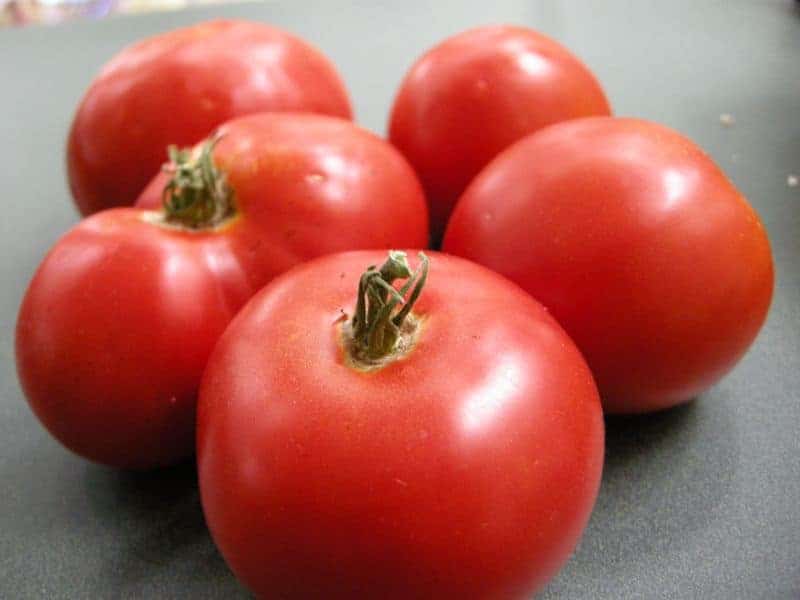 You may also want to check out these posts:

10 Things To Do With Tomatoes

Attitude is a little thing

that makes a big difference.

To submit your positive or motivational quote, please click here.

Do you put the juice and seeds in with the tomatoes when you freeze them? Thanks in advance!

Is the first step to put the tomatoes in hot water? For how long?