Warning: Mass rambling about eighties up top of this post, Homemade Viennetta below. Choose your poison 🙂 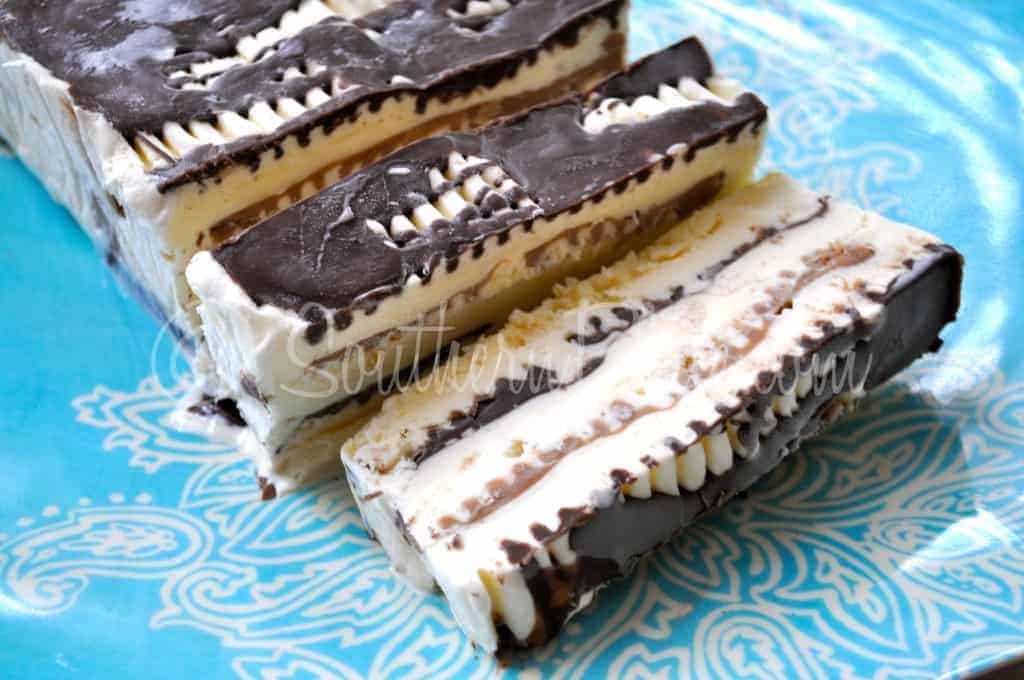 Oh children of the eighties! I’m actually more of a child of the seventies-eighties-and-nineties myself because all three of those decades were huge learning curves for me. Come to think of it, to be fair I might ought to add this next century or so to the mix. This post isn’t necessarily about being a child of the eighties so much as it is about being around in the eighties because it was such an amazing time with the lightning speed changes in technology. I mean seriously, has any generation seen so many technological advances come into play and then become obsolete in so short a time?

I grew up listening to records and 8 tracks, so I remember when the first walkman came out. What an amazing creation that was! No more carrying around a 50 pound boom box – well, unless you were just using it as a street fashion accessory, which was important at times of course.

I also remember recording music off of the radio to listen to on my cassette player and whenever I earned enough money to buy a cassette, I’d usually wear it out and end up having to save up to buy the same one again. You know nowadays if you gave a kid a cassette tape with the tape in tangles outside of it they’d immediately say it was broke. But give that same tape to someone who was around in the eighties and they’d get a gleam in their eye as they sat down to scrub in for cassette tape surgery – and you’d most likely be listening to Corey Hart or the like shortly thereafter. Perhaps a little warped, but still entirely listenable.

These poor kids are used to perfect digital music quality, they have no idea what it was like waiting on your mom to finish her errand so she’d drive back towards town and the radio station you liked would come in clear enough to recognize the songs again.

I remember when my brother got a cell phone. It was one of those bag phones that had a huge strap so you could carry it on your shoulder. It cost a fortune and he’d take it with him when he went out on the wildlife refuge by himself in case anything happened. I think he just said he was going out there as an excuse to have the phone but hey, it was a cool phone so I didn’t blame him. As a teenager VCR’s were regular things inside the home and we moved up from three channels to satellite. We had one of those massive satellite dishes in our back yard, and even then it was considered higher tech than some because, at around ten feet in diameter (guessing here), it was half the size of the “old one” my grandfather had.

We had beepers as a teenager and everyone quickly learned the art of using the alphabet on the keypad to send messages:

We had a home computer by the time I was twelve, but it didn’t do very much. It was a Commodore 64 and later we got a Commodore 128, but all of our software was still for a 64 so we had to put it in 64 mode in order to use it! I still remember the first time I began to understand the power of what computers could offer us. We had an encyclopedia disk and I fired it up late one night checking out various subjects for a good read. I found a video clip of John F Kennedy and clicked on it. Immediately, my screen filled up with a video of him giving his inauguration speech. I was stunned and sat there watching it. To be able to see such a thing out of the blue, whenever I wanted! Normally, you could only see such things if they happened to be on television but here I was, in the middle of the night in my own living room and I decided I’d like to watch a former President give his inaugural speech and bam, there it was.

Beepers became obsolete when cell phones became affordable and around the time email came into play. I remember having a friend explain email to me and my first thought was “That’s just silly. Why not just call?” Boy have I ever eaten those words!

We’ve achieved a lot of technological advances in an extremely short period of time. Our world has become much smaller. I’m not saying it’s all good but there can be good found in most of it, thankfully. It really depends on where you’re looking and what you’re choosing to glean from it. Today, amid a flower garden of information, ideas, and entertainment options, an awful lot of folks are shouting “WEEDS! look at all the awesome weeds I found! YEAH! Weeds! Booyah!”.

One of the things from the eighties that I remember though, is not so easy to find anymore and I can’t help but think about it come summer time. Breyer’s came out with this grand dessert called “Viennetta”. It was a loaf of delicately layered ice cream ruffles and a hard chocolate coating. This was back in the day when Breyer’s Homemade Vanilla tasted like..well like Breyer’s homemade vanilla used to taste. It was phenomenal – but we’ll talk more on that in a minute.

Apparently, Viennetta is still made and sold in some areas but I haven’t seen it around here in a several years and sometimes you really just want it! I think it’s sold all over in Europe so if you’re reading this and living there, head on out and pick some up.

I’m so tempted to pull out the standard juvenile European/American joke here but I’ll refrain because I’m trying to teach my kids to ease up on the potty humor and I must set an example….~sits on hands a minute to keep from typing~

ANYWHO here is my version of this classic treat from back in the day that you can make at home. It won’t be quite the same but Homemade Viennetta is close enough to satisfy a craving and it’s awfully good in it’s own right! 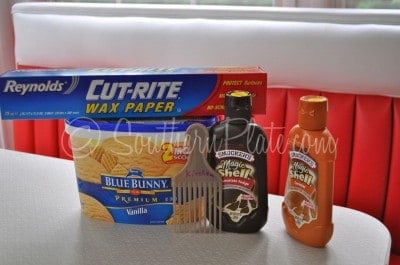 You’ll need: Some good quality vanilla ice cream*, magic Shell (one or two flavors, up to you), waxed paper, and a brand new-reserved for kitchen use only- hair pick.

*Back to the Ice Cream. Do y’all remember how Breyer’s tasted when it first got really popular back in the day? They took ice cream to a whole new level. Nowadays though, it just doesn’t taste remotely like it used to – to me at least. Maybe I don’t remember it right though. It could be that my childhood tastebuds glorified it a bit:). Either way, Breyers is still good and all, but I want you to go get the absolute best quality vanilla ice cream you can find. I suggest Blue Bunny (this is the best I have tasted in a while) or something from Bluebell if you have that where you are. Edy’s also makes some very good ice cream and a lot of people swear by Purity, but I haven’t had a chance to taste any of theirs yet so I’m just sticking to the ones I know as recommendations. Just go for the absolute best in your mind. 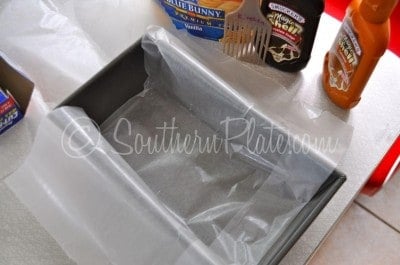 Line a loaf pan with waxed paper. This will help you get your loaf out. 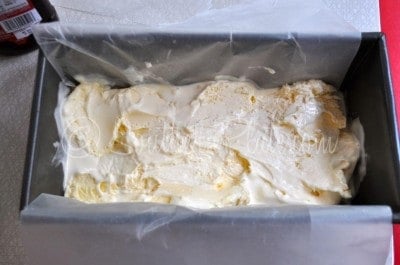 Spread 1/3 of your ice cream into the bottom of the loaf pan. 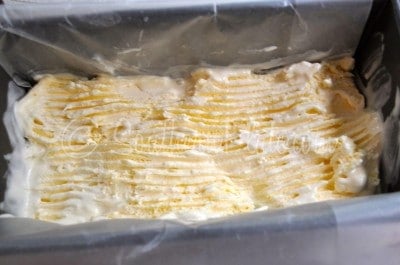 Run the pick along it to form deep grooves. These will fill in with our yummy magic shell.

You can make homemade magic shell if you want…but you can also buy it for about a dollar. No sense in making extra work for yourself… 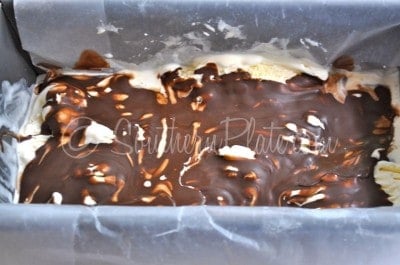 Pour a layer of magic shell over and allow to harden a minute. 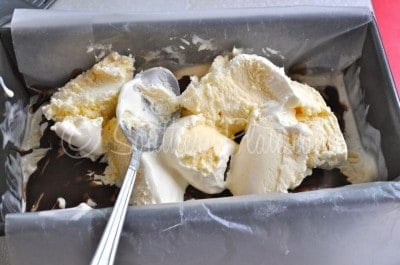 Add another 1/3 of your ice cream and dig grooves into it with your pick again. 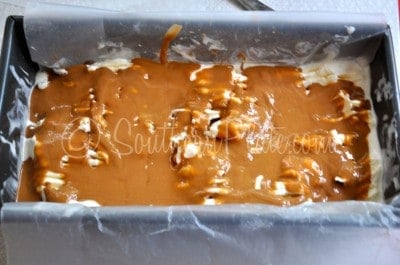 Pour magic shell over that as well. I’m using butterscotch this time. 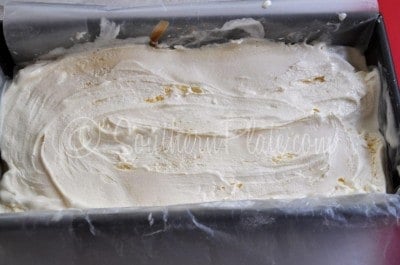 Now add the rest of our ice cream and dig grooves into it as well. 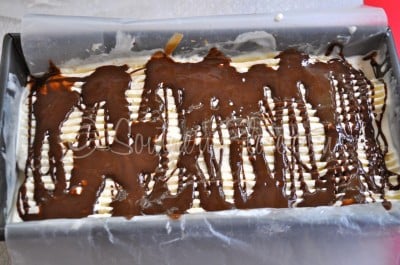 Top this final layer with a drizzle of chocolate magic shell and immediately cover with aluminum foil and place in the freezer until firm. 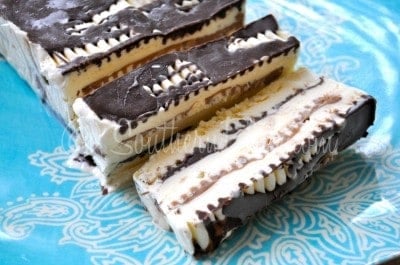 When ready to serve, allow to sit out for about five minutes and then remove from the pan using the waxed paper. Remove the waxed paper and place on a platter to slice and serve. 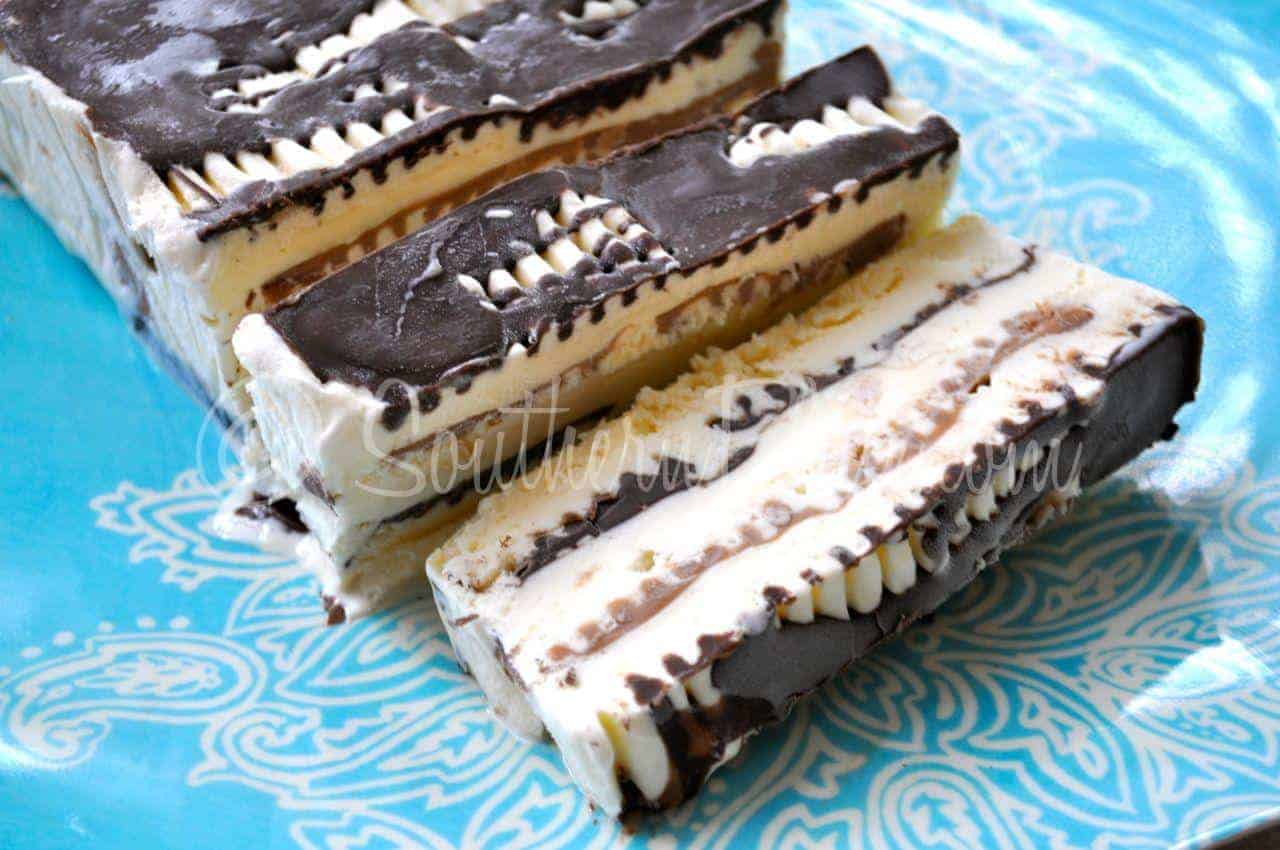 Print
Ingredients
Instructions
*The original Viennetta did not have butterscotch so go with 2 bottles of chocolate if you want to be more in line with that.
3.5.3251

Submitted by Diane, thanks Diane! Click here to submit your own positive, funny, or motivational quote – or just browse our ever growing collection!